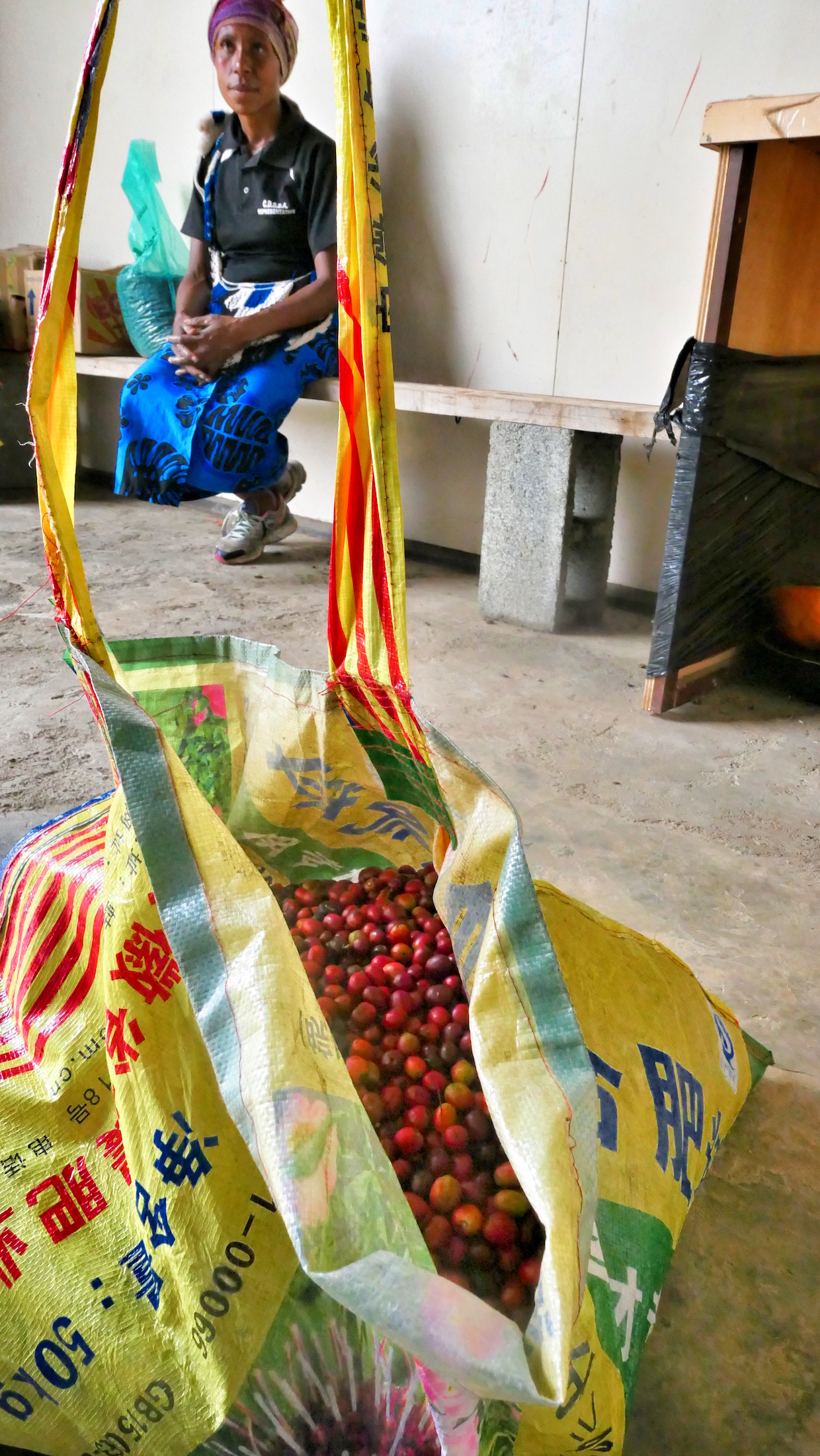 All photos by Terence Tay/Liberty Coffee.

Coffee remains an important cash crop for smallholder farmers in the developing country, and any widespread indication of quality improvements — as seen in the 2018 competition — can provide encouragement along with the potential for improved market access.

Despite the breadth of collective experience among the international judges, it was the first opportunity for many of them to taste PNG-grown microlot coffees. 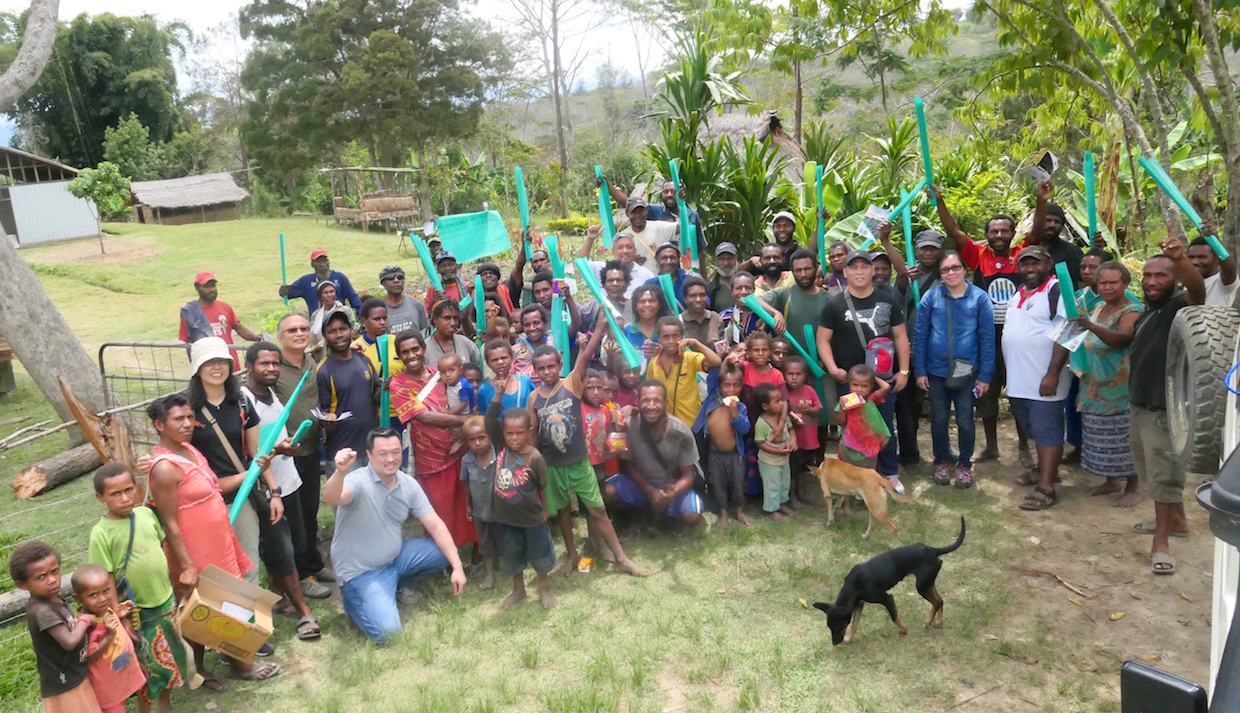 “I was interested in PNG because the micro-climate in Goroka seemed promising for growing microlots of specialty coffee,” said Lullfitz, a former director of sourcing at San Francisco’s Sightglass Coffee. “However, I hadn’t personally bought any PNG coffees before. The issue had always been the quality of the milling, the transportation and logistics.”

Lullfitz added that coffee’s he tasted during the visit had similar flavor characteristics to microlot coffees found in higher-profile East African origins such as Burundi, Kenya and Rwanda.

“I guess this has opened my mind to different profiles that I didn’t think existed here,” he said. “I would need to come back to check out the dry mills and the processes to consider buying from PNG in the future, especially being from Australia which is so close by.”

The PNG coffee sector has traditionally been hampered by under-developed infrastructure, especially as so many remote farms have limited access to mills for drying and processing.

While this can lead to degradation in the finished product — a reality that was displayed in some of the coffees tasted — other coffees throughout the event boasted an encouraging clarity.

The cupping competition was held in conjunction with an industry expo and symposium. Additionally, local baristas and aspiring coffee professionals provided a strong turnout for training sessions led by the international judges, signaling a hunger for knowledge within PNG’s coffee community at large. 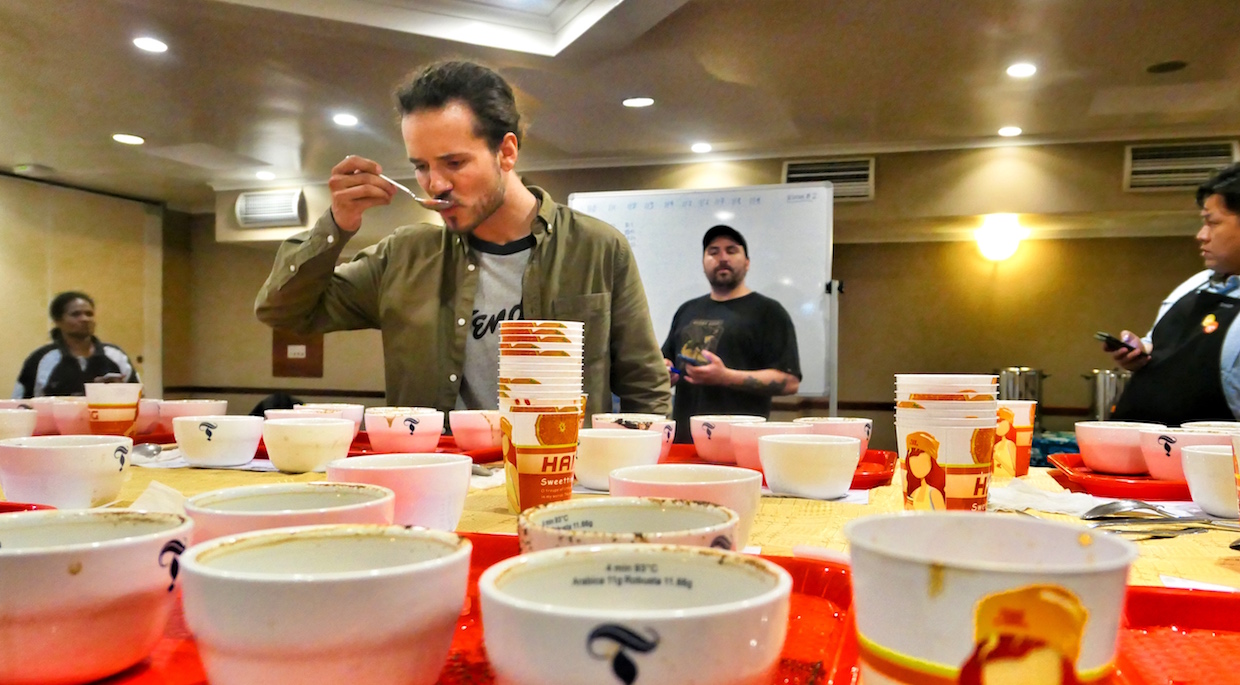 Producers from around the country came into the capital city for the cupping competition awards ceremony. Rather than giving cash prizes to the winning producers, the top 20 winners were each given equipment or services such as micro-hullers, utility vehicles or power generators based on individual consultations with the country’s coffee board, Coffee Industry Corporation Limited (CIC). The idea was to provide awards that would create long-lasting impact for farmers committed to improving quality.

Andrew Hetzel of the consultancy Coffee Strategies recently completed a PNG Coffee Market Study on behalf of the Pacific Horticultural and Agricultural Market Access Program, (PHAMA). Hetzel suggested that the country’s coffee sector would continue to be more productive with: 1) expanded agricultural extension services with training in best practices; 2) more research on agronomic and economic issues leading to new national programs and policies; and 3) support for the private industry that facilitates doing business domestically and with foreign buyers.

Say, who headed the international judging panel and also consults under the name Proceso Puro, also suggested some community-driven approaches — like local milling and converting to naturals from washed-processed coffees — could be implemented for improving quality and market access for coffee producers.

“We’re in the process of creating the first community in Jiwaka where we’ve placed a facilitator, Emma, within the community who will run the mill that is being constructed,” Say said. “With the addition of dry-milling facilities, they will eventually transition to only processing natural coffees. Emma goes out to meet the different farmer groups, finding those willing to sell their cherries to the mill and in turn, teaching them growing techniques which will allow them to create a specialty harvest.”

While programs such as this do require investment, they are part of an emerging specialty coffee in sector in PNG, where the ultimate reward may be coffees, and associated premiums, that rival those found in the Africas.

Terence Tay
Terence Tay, a certified Q grader, is Co-Founder and Director of Liberty Coffee, which was founded in 2010 as one of the first Singapore roasters to focus on specialty coffee lots for wholesale supply.