Insights from the World Coffee Portal CEO Forum in LA Perhaps no other U.S. city has seen more specialty coffee volume growth in recent years as Los Angeles, as continued suburban development and urban redevelopment have paved the way for new storefronts. This growth has come from single shops as well as established U.S. and international brands, while ushering in parallel growth in the roasting segment.

This made L.A. a compelling backdrop for the 4th annual World Coffee Portal CEO Forum, held downtown on Nov. 8 at the South Park Center — the day prior to the first Los Angeles Coffee Festival at The Reef. The exclusive gathering welcomed senior leaders and influencers in coffee to explore the theme “Good Citizen, Good Business.” Organized by the London-based event, consultancy Allegra Group, which publishes coffee-related market research through its World Coffee Portal, the forum began with a welcome address by festival founder Jeffrey Young, who shared key insights from the company’s latest report, Project Café USA 2019. The report projects 4.9 percent growth in sales in 2018, with $45.4 billion in store sales in the past year, and a growth of 3.8 percent in the market for a total of 35,616 branded coffee shops in the U.S.

Young also presented insights on the global coffee market and declared the imminent arrival of a “fifth wave,” exploring what the future for specialty coffee might look like as the industry realizes the boutique experience at scale. While the specialty coffee industry has been focused on achieving quality through science-based approaches and technology, Allegra predicts this “fifth wave coffee” will be driven by hospitality professionals who introduce high-quality artisan concepts with sustainable and profitable brands, Young suggested.

The program continued with a range of coffee company executives sharing their perspectives on the evolution of the industry, and providing insights on what it will take to be a contender in the marketplace moving forward. Throughout the forum, speakers focused on the idea that success will ultimately depend on a company’s ability to serve its customers with empathy, and to support its staff with care and consideration for their well-being. While product quality must be exceptional, they asserted that fostering a people-centric culture is essential for success. Nick Stone, a former investment banker turned founder and CEO of New York-based Bluestone Lane, spoke on his company’s growth over the past several years and asserted that scaling boutique coffee will require the creation of environments that allow customers to have a daily escape — catering to not only their coffee needs, but other beverages and food items as well.

Stone noted that the most significant barriers to achieving boutique coffee at scale are providing uniformity of experience, maintaining the company’s brand while providing a distinct, local experience at each outlet, the war for talent — which is only intensifying with companies such as Uber providing flexible working hours and drawing many service workers away to these types of jobs — as well as the increasing power of customer advocacy through channels like Yelp and social media. It was very much a lesson in competitive retail of any kind; not just coffee.

“Some of the most successful entrepreneurs are outsiders,” said Stone. “They don’t listen to industry norms or take advice from anyone. Another group that can see great success are fourth or fifth generation family businesses where new leadership is breaking the mold.” 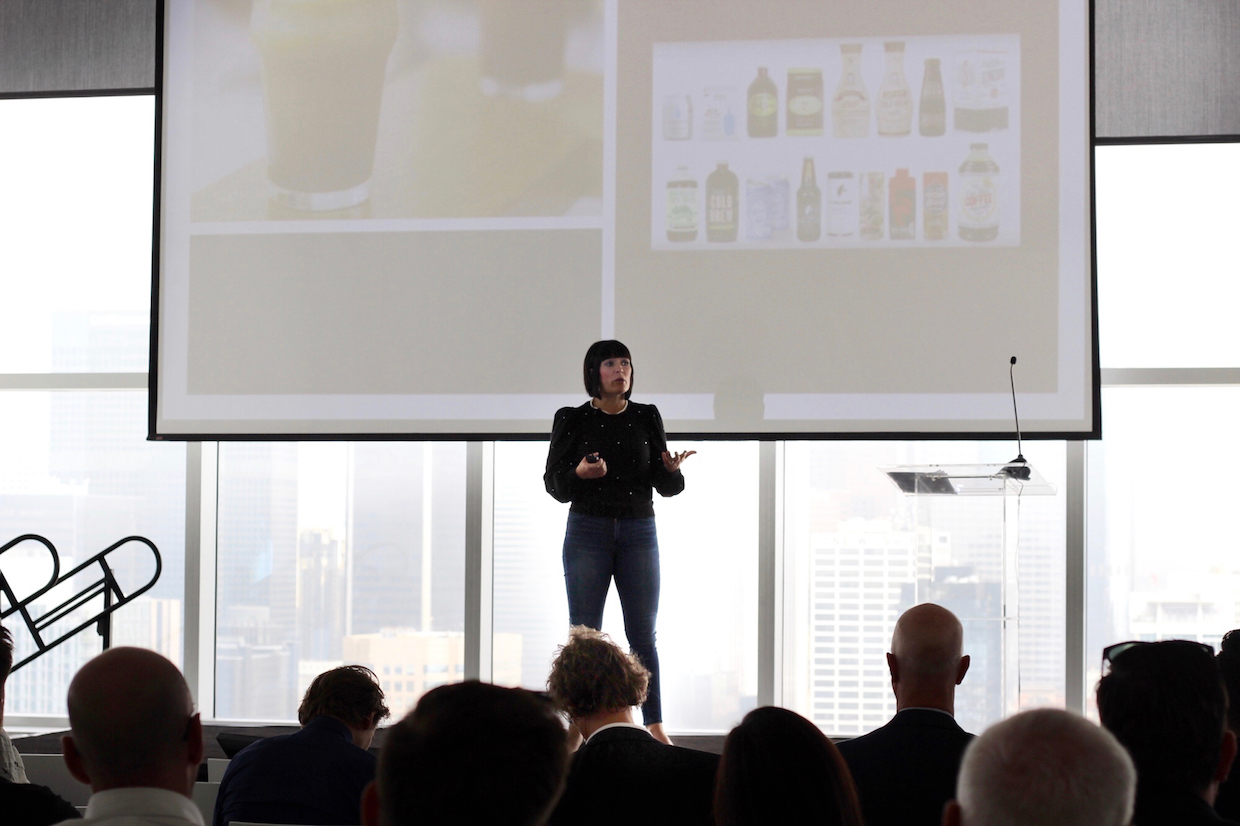 Heather Perry, VP and Director of Training and Consulting for Klatch Coffee Roasting.

Heather Perry of Rancho Cucamonga, California-based Klatch Coffee Roasting took the discussion around the diversification of menus in coffee establishments a step further, highlighting the growth in popularity of health-focused beverages such as tumeric, matcha, and activated charcoal lattes. Not only does menu diversification provide a business with higher ticket amounts and potential revenue growth, it also allows customers to customize their experience.

“These types of non-coffee offerings can really give people comfort — they can reach their soul,” Perry concluded. “The next trend in coffee will not be some new technology, but rather human engagement and personalization.” Putting a spotlight on the Asian coffee market were Le Hoang Diep Thao of Trung Nguyen International, based in Vietnam, who shared the story of King Coffee; Esteban Liang of U.K.-based Costa Coffee on the boom in coffee retail in China; and Hoonshik Sung of South Korea-based Bean Brothers, who shared insights from the country’s thriving coffee market.

The final session focused on community and sustainability in coffee. Brett Smith, President of Durham, North Carolina-based Counter Culture Coffee, shared the lessons he has learned from nine years of “radical transparency.”

“The word ‘radical’ has always been a bit intimidating to me,” said Smith. “Deciding to share information such as the names of our partner farms and how much we were paying went against all my business school training that these details should be a competitive advantage.”

While it initially took some convincing for Smith to feel comfortable pulling back the curtain of Counter Culture’s sourcing practices, the effort to share this detailed information has turned out to be a great strength for the company — and many in the industry have followed suit. From the roasting division of San Francisco’s Tartine Bakery, Chris Jordan, COO of Coffee Manufactory, spoke on technology in farming and the innovations in developing countries, such as the wide use of cell phones among farmers who did not previously have this kind of direct access to the market, and how the next generation of coffee professionals will take the use of new technologies even further.

From Seven Miles Coffee Roasters, based in Sydney, Australia, CEO Jenny Willits shared her experience with coming in to lead the company and guiding it through a complete rebrand, shedding light on how she was able to connect with her employees and customers to determine the best way for Seven Miles to move forward and become a profitable business once again.

“My goal was to create unity through purpose,” said Willits. “I wanted to achieve cohesion among the staff, to work in concert towards a common objective. By really listening to my staff, I was able to establish trust and an open dialogue.” As the day came to a close, Leonidas Trampoukis, founder of architectural and design firm LOT with offices in Greece and New York, spoke about creating spaces for gathering experience; and Zayde Naquib, founder of Bar Nine in Culver City, California, talked about the importance of business owners leading with their values.

It was a fitting segue into a panel discussion with numerous presenters who explored the “Good Citizen, Good Business” theme. While business is clearly good in specialty coffee right now, the definition of good business appears poised to change moving forward.