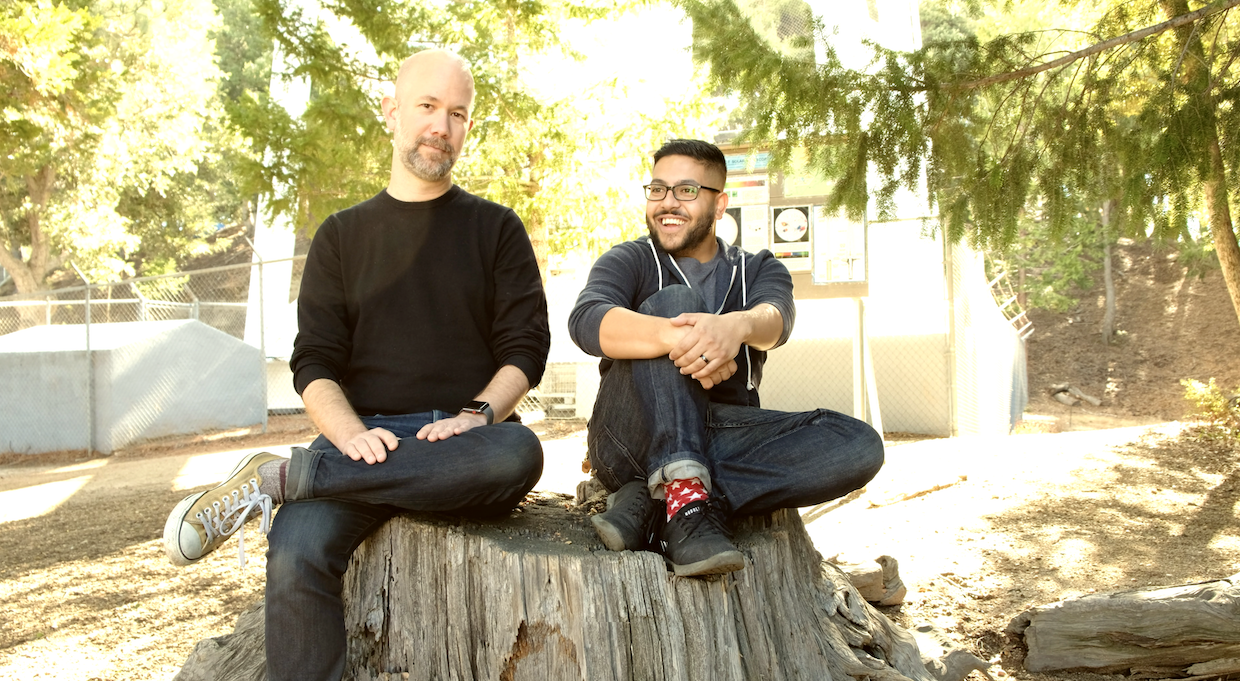 Following months of feedback and development, and aided by a $50,000+ Kickstarter campaign back in May, coffee roasting professionals Tony Konecny and Sumi Ali have officially launched the consumer coffee subscription service Yes Plz.

Following Konecny’s first foray into the world of subscription coffee service with the roasting brand Tonx Coffee, which was acquired by Blue Bottle in 2014, Konecny and Ali are drawing upon their acumen both in business and in high-end coffee roasting with the hopes of distinguishing Yes Plz within the rapidly growing subscription segment.

“The three year run of Tonx Coffee was full of lessons,” Konecny told DCN. “It gives us some unfair advantages going in of what rakes not to step on, which allows us to take bigger risks and gives us the confidence to take a leap of faith in trying to do something different.”

Yes Plz is roasting on a pair of vintage Probats in Los Angeles, although Konecny said he and Ali tend to be “agnostic” when it comes to roasting machinery. Tonx, Stumptown, Ritual and Caravela alum Ryan Brown, who literally wrote the book on green coffee buying, is heading up green sourcing, working with import companies thus far including Red Fox, Caravela, Onyx and Atlantic, according to Konecny.

The roastery is churning out a blend of freshly roasted coffee called The Mix that will continue to evolve as coffees come in and out of season. Yes Plz will not carry any single-origin offerings, while crafting the unique, changing blend with the goal of simplifying the specialty coffee experience for at-home coffee drinkers.

“People who make coffee at home, who open a bag and live with it, experiencing it from freshness to flatness, are our real potential connoisseurs and champions — more so than maybe someone who’s just grabbing a convenient beverage at a coffee bar,” said Konecny. “Making your own coffee at home is a genuine pleasure, regardless of what gear or level of geekery you approach it with. I love helping people do that.” Each release will include notes about sourcing and roasting, although Yes Plz will reserve details such as altitude, variety, and processing details for those people who reach out to learn more, unless that information is particularly relevant to a coffee’s tasting notes. Customers can subscribe for $14 per 250-gram (8.81-ounce) box, with shipping included in the United States, and each delivery is accompanied by an eclectic weekly zine.

“I’ve always thought my preferred model for a roasting company would be analogous to a magazine publisher, and now the analogy has become literal,” Konecny said.

While many companies that are focused on the home user are fluent in the language of e-commerce, Yes Plz characterizes its intentions as more coffee-focused.

“[Some companies] seem to be motivated by a perceived business opportunity or fear of missing out on some emerging new sales channel,” Konecny said. “I see them emptying their wallets faster than their hearts into e-commerce, overestimating what they can achieve and getting bogged down with how much work it is to do well. I’m skeptical that the market opportunity is ever gonna be as big as the one I fantasized about in our Tonx Coffee pitch decks years ago. We’ll see.” 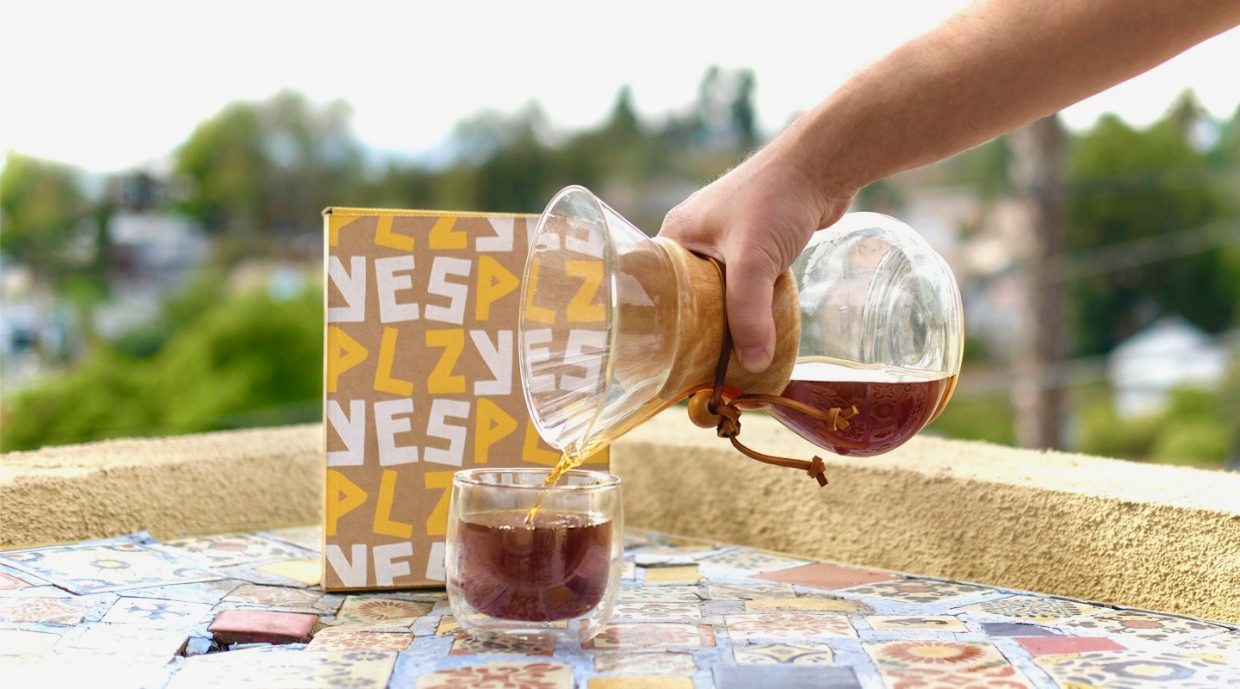 “Most of the other experienced third wave businesses are centered around their coffee bars and in-house beverage making, or are focused on doing sales and support for growing their wholesale channels,” said Konecny. “Direct-to-consumer is usually a small part of the pie, if it gets any attention at all.”

Konecny and Ali reject the notion that customers can’t achieve the same result as professionals when brewing coffee, and this way of thinking has helped inform the friendly, approachable brand.

“I think the modern coffee bar culture, with it’s serious baristas, refractometers and gleaming machines and such, gives the average consumer the message that making good coffee is some hard, expensive, complicated thing and belongs only to pros or serious hobbyists,” said Konecny. “And worse, when the coffee at these dressed-up shops is sub-par, it also sends a message that maybe all this fancy coffee stuff is something they just don’t ‘get’ — too over their heads, or too subtle for their untrained palate to appreciate or whatever.”

Prior to launching Yes Plz, Konecny and Ali collaborated with Roy Choi and Daniel Patterson for the fast food concept LocoL to offer a $1 cup of coffee — sparking much discussion among specialty coffee professionals.

“The project showed us that there is a real hunger for a coffee product that can be delicious without requiring buying into all the signifiers of fancy coffee,” Konecny said. “It strengthened our long held belief that great coffee isn’t some acquired taste.”

quote: “a coffee product that can be delicious without requiring buying into all the signifiers of fancy coffee,” Konecny said. “It strengthened our long held belief that great coffee isn’t some acquired taste.”

These guys have it right. There is SO MUCH pretention and posing in the speciality coffee industry. This reflects my own history in coffee, too. For decades I could never even swallow a mouthful of coffee. “try this”, “add this” “this place has GREAT coffee”, BLEAH!!!

Then a lifelong good friend tossed a handful of green into an air popper, I watched as it turned brownish, started crackling.. he dumped it out into a cardboard tray, brought it into the house still crackling and smoking hot from the roaster, murdered it in a whirley blade grinder, and forthwith brewed it in a tiny french press I protested… try it if you don’t like it I”ll drink that cup too”

I gingerly took a sip, expecting it to be the usual wretched potion… and was instantly hooked oh GOOD coffee. By the end of that week I was eagerly drinking five cups a day. I went home with a pound or so of each of the six coffees he had. I HAD to figure it out. Im still working on that part, but I’ve had the delight of putting thousands of cups of coffee into hundreds of hands with simple, crude equipment and a minimum of fuss, bother, fancy equipment. Typical kit is an old Dutch hand grinder, BIG Bodum french press, cheap ten dollar scale, and any source of hot water. I constantly hear “best coffee ever had, do you have any I can buy?” “I’ve NEVER been able to drink it black, but I don’t WANT to add anything to this”. “Can you show ME how you do this?” And U’ve helped probably a couple hundred folks do exactly that.

If these guys put some short pieces in their funny little newspaper about how to brew at home on the cheap-and-simple, AND provide the good coffee they do, their little show will take off and fly high. The KISS model works well in suburbia AND the sticks.

I hope these chaps do well. Their thinking and value set are spot on.