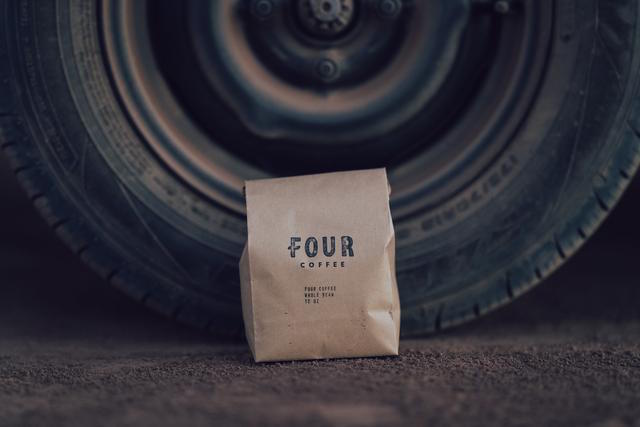 All images courtesy of Four Coffee

Through more than 150 pop-ups and events under its belt since the Porsche-themed Scottsdale, Arizona-based Fourtillfour cafe opened at the tail end of 2015, the company has earned a reputation for bringing people together around quality coffee, a sense of community and a love for fine German engineering.

Fourtilfour is now taking all three of these passions a step further with the launch of its in-house roasting sub-brand, called Four Coffee.

A vintage German-made Probat L12 roaster constitutes the engine of the new on-site roastery. Fourtillfour Founder Nico Samaras told Daily Coffee News that while the straightforward design, sturdiness and consistency of the machine are all what he considers hallmarks of German engineering, it wasn’t the German-ness necessarily that attracted him, as much as it was the brand’s reputation among other roasters.

“Some of our favorite roasters were on them,” Samaras recently told Daily Coffee News. “I didn’t even look at another brand.”

The love of community runs deep into Four Coffee’s sourcing practices, which Samaras said will focus on direct-as-possible relationships with farmers. Immediately after closing the deal on the Probat, Samaras said he and his girlfriend booked a trip to Honduras and started exploring farms. They started with the better known farms at first, and asked around to find the smaller, more hidden gems. 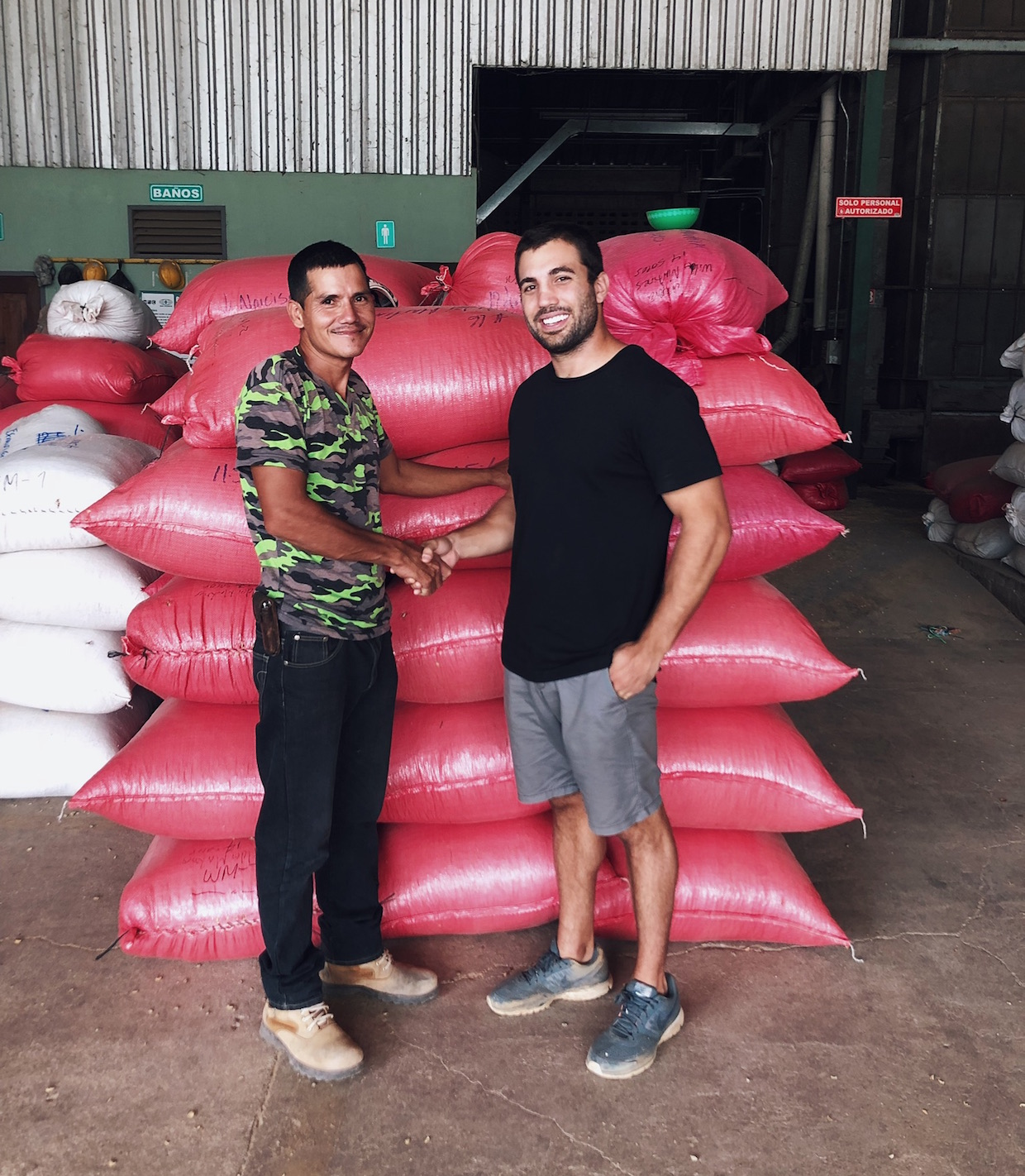 Samaras described the specialty coffee landscape as a kind of mountain composed of larger companies working with prominent producers year after year, but added, “You’re also seeing that there’s small little cousin farms, and you get linked up with the right people.”

“He just got into it a few years ago and he’s doing really cool things, and everybody in the community seems to be helping out,” said Samaras, adding that they intend to return regularly in years to come to stay connected with the farm as it grows, which is the aspect of direct trade that most excites him.

Four Coffee’s goal is to eventually offer a selection of entirely direct-trade coffees, forging real relationships with every producer. At this early stage, as the company has already swung fully into its own in-house roasts for all offerings at the cafe, Samaras recognizes that some collaboration with importers is also necessary.

“Even if we have fewer, even if we don’t have as many offerings as some of the big brands, even if it’s a few regions, [we want to] really know where it’s coming from,” said Samaras. “And when people ask, [we can] tell their story.”

While building out the roastery, Fourtillfour underwent some remodeling at the cafe, which now includes an adjoining roasting space, a more streamlined aesthetic and some new artwork on the walls. Samaras said he’s not particularly interested in Four Coffee roasting for the wholesale market, although he would make exceptions for select cafes with whose values align with the brand.

He also said that if and when Fourtillfour expands to an additional retail space, it will likely maintain a relatively compact walk-up format that encourages social interaction.

“We’re very much a space to catch up rather than plug in and do work,” said Samaras, “and I hope we can continue that vibe.”