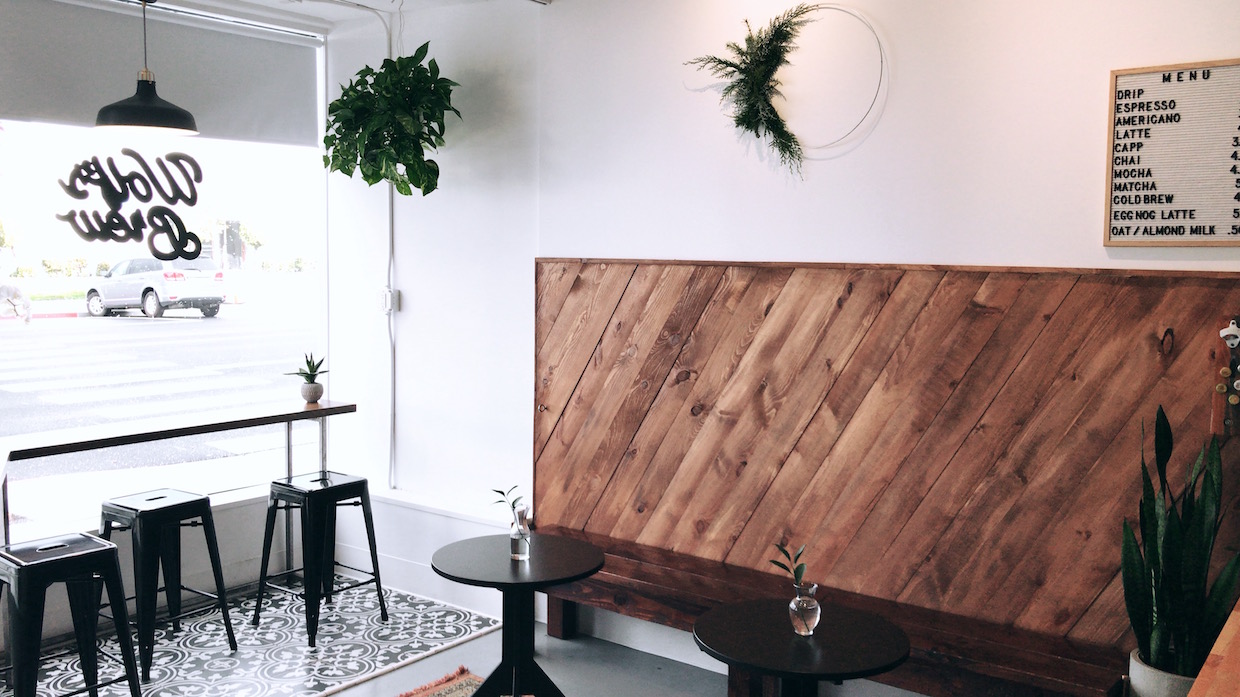 As wolves stick together for strength in numbers, so does the tightly knit crew behind Wolf’s Brew Coffee, a new specialty coffee shop and art gallery space that opened in October in Long Beach, California.

“Our name and logo were inspired by the idea of being independent, yet also family oriented — with a fierce and unique personal mentality, but also able to run with the pack,” Bryer Garcia told Daily Coffee News. “Our look comes from my obsession with simplicity and my firm belief that less is more: small and simple menu, small shop, and clean aesthetics.” 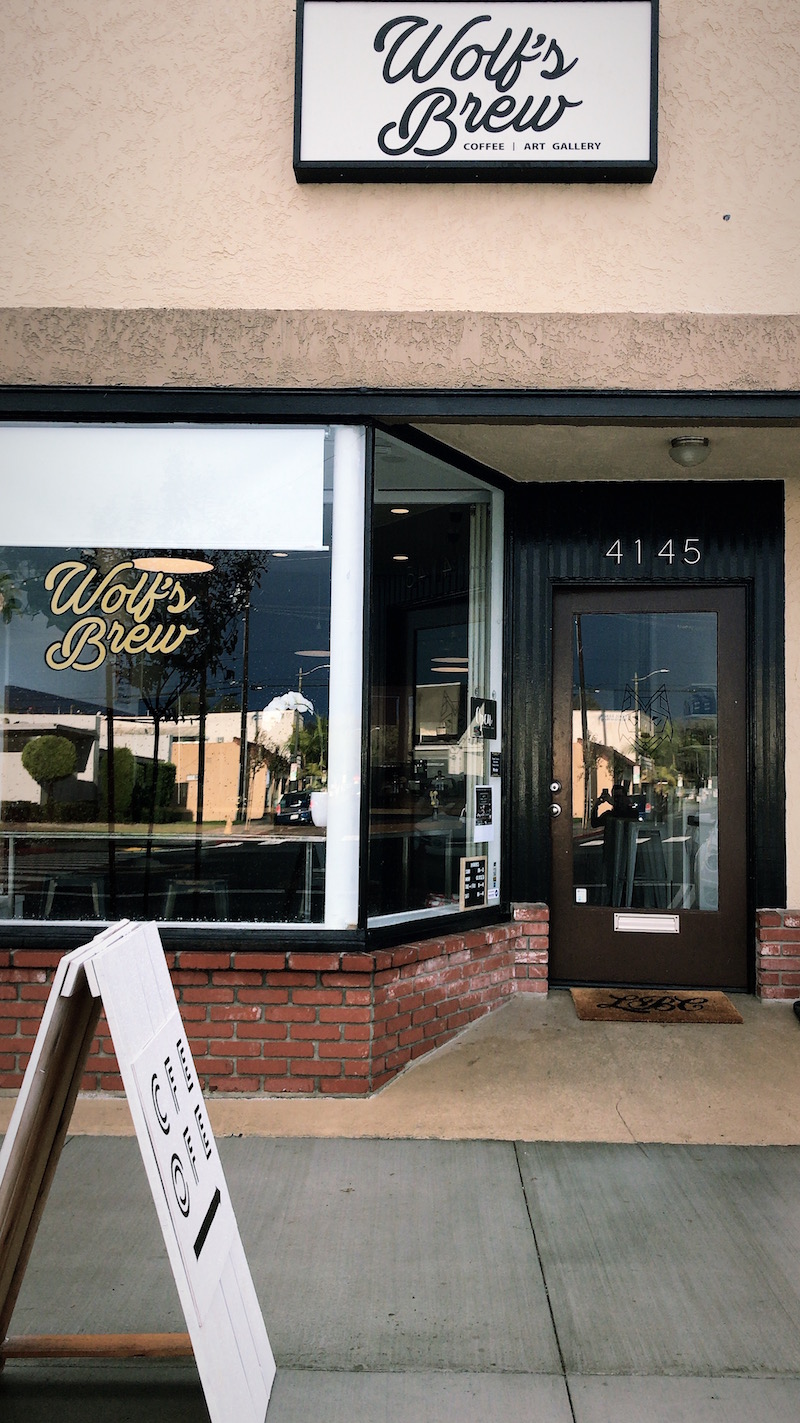 Atop the small bar is a compact Boxer machine from Italian espresso equipment manufacturer Rocket Espresso, along with a digital grinder from Eureka. Wolf’s Brew is also using a Baratza grinder for decaf espresso, and drip coffee offerings run through a Curtis batch-brewer.

Wolf’s Brew is focused on offering Central American coffees, which is a nod to the Garcia family’s heritage. “I am of Central American descent, and my wife is Mexican,” said Garcia. “My father is from Guatemala and my mother is from El Salvador, so it meant a lot to us to carry beans from those regions.

The shop is also offering donuts from The Caffeinated Kitchen, as well as pastries and desserts from Rossmoor Pastries, both based in Long Beach. 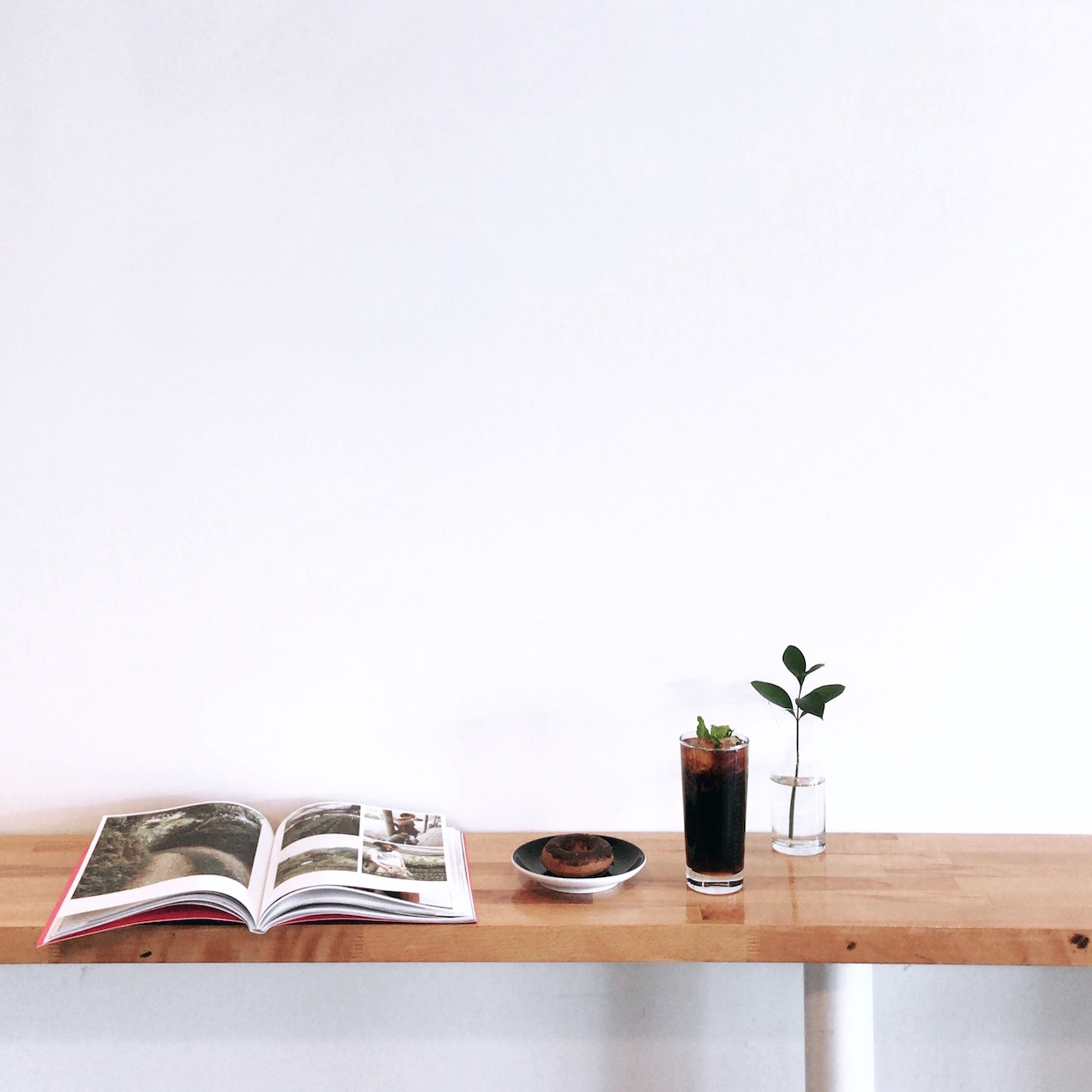 Garcia said he intends to transition to a more rotational multiroaster model in the future, although Recreational will always be on the menu.

“Our partnership with Recreational has been nothing short of amazing,” said Garcia. “The owner, Bobby [Hernandez], has gone above and beyond [in] helping us create the perfect taste for our customers. He understood our process, with all the city permits and build-out struggles, and was there through most of the process as a motivator, a mentor, and also a friend. The fact that Recreational is a staple in Long Beach,was also important to us. Being born and raised in Long Beach, it meant a lot to me to have a quality product with local representation.” 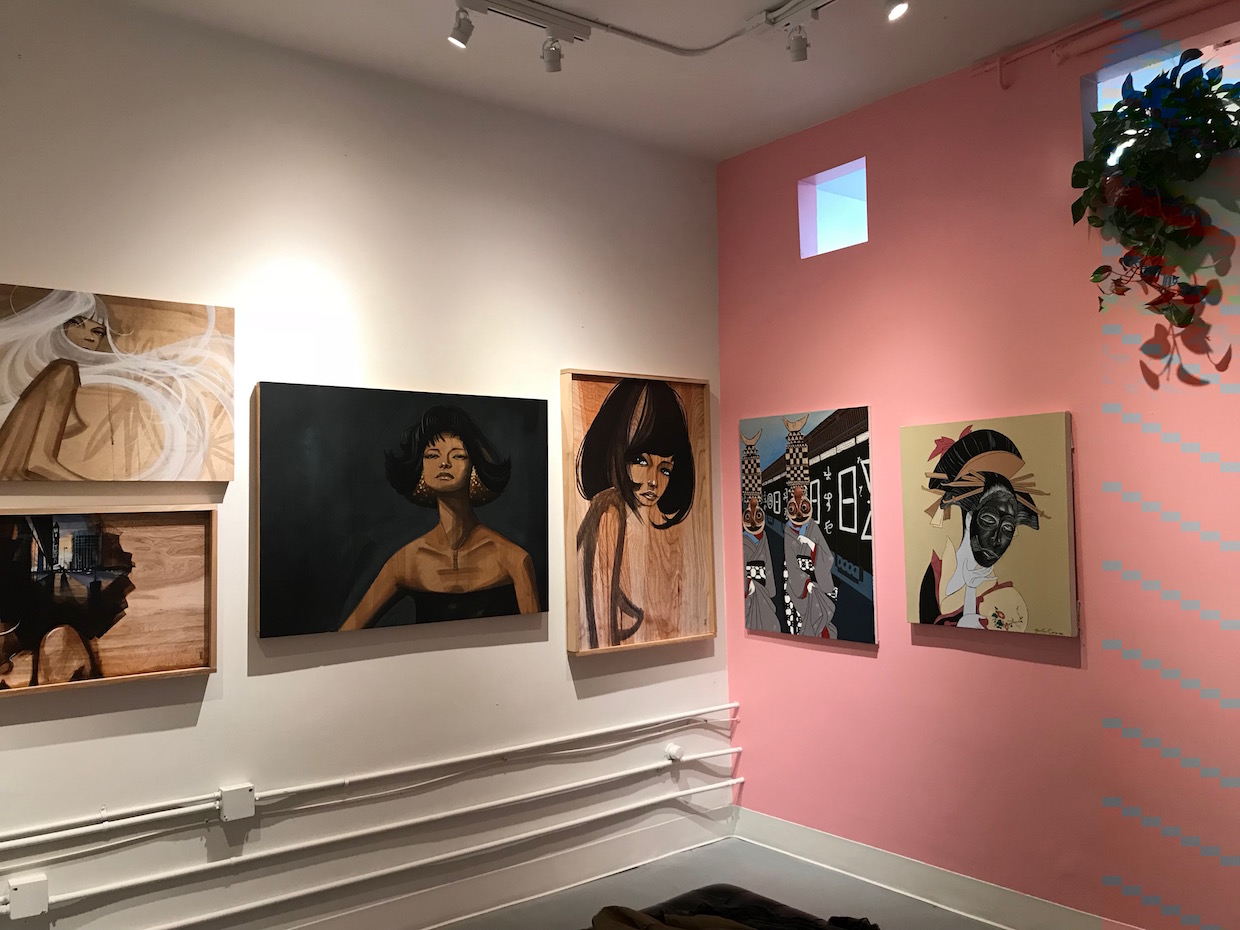 Breaking from the traditional cafe mold, Wolf’s Brew also doubles as an art gallery. The space presented an opportunity for Garcia, who holds a degree in fine art photography with a fine art minor from San Francisco State University.

“Once we decided what the coffee shop would be, we decided to integrate an art gallery into the shop, but not just art-on-the-walls-type gallery, but a totally separate room with a different feel, a gallery feel,” said Garcia. “The design and some of the build-out was a collaboration between myself, my wife, my brother, and my father, the handyman.” 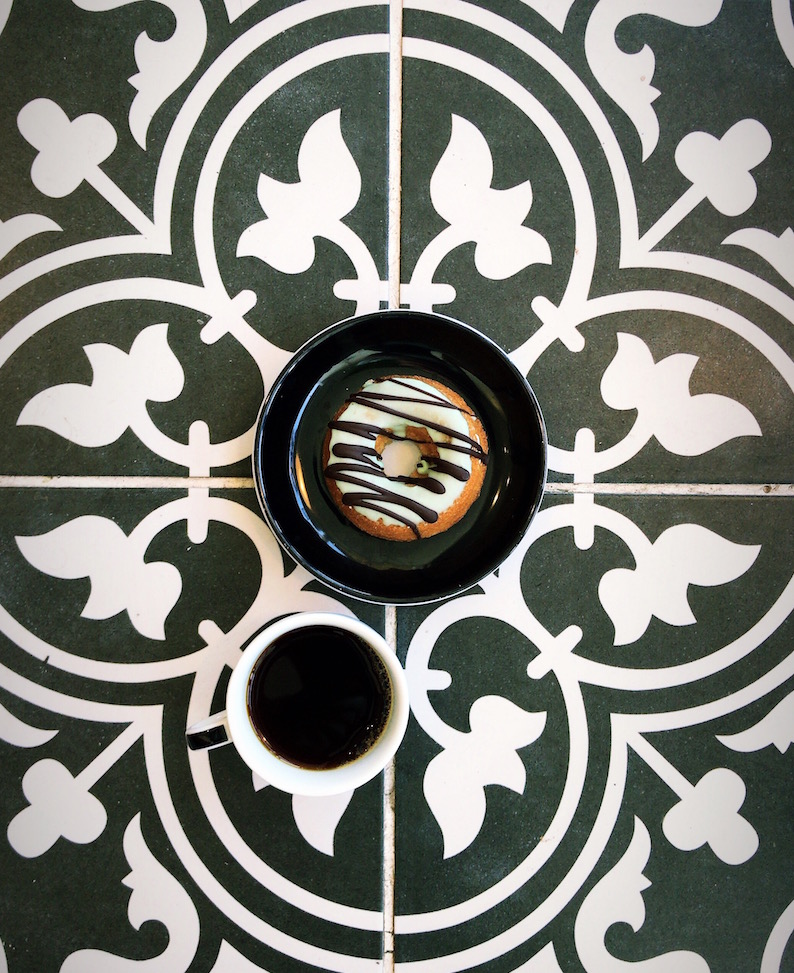 The buildout followed years of noting design and service trends in specialty coffee shops. Bryer and Vanessa Winn-Garcia scouted coffee spots up and down the west coast, compiling the best and worst of what they witnessed for the project plan.

“We wanted anyone who walks into the shop to get a good sense of who we are in our personal lives,” said Garcia. “We visited a plethora of coffee shops from Vancouver down to San Diego, and in every shop we visited, we paid close attention to all the surroundings and the aesthetics. We even tuned in to the ordering process, the customer service and of course the coffee product itself. We were studying.” 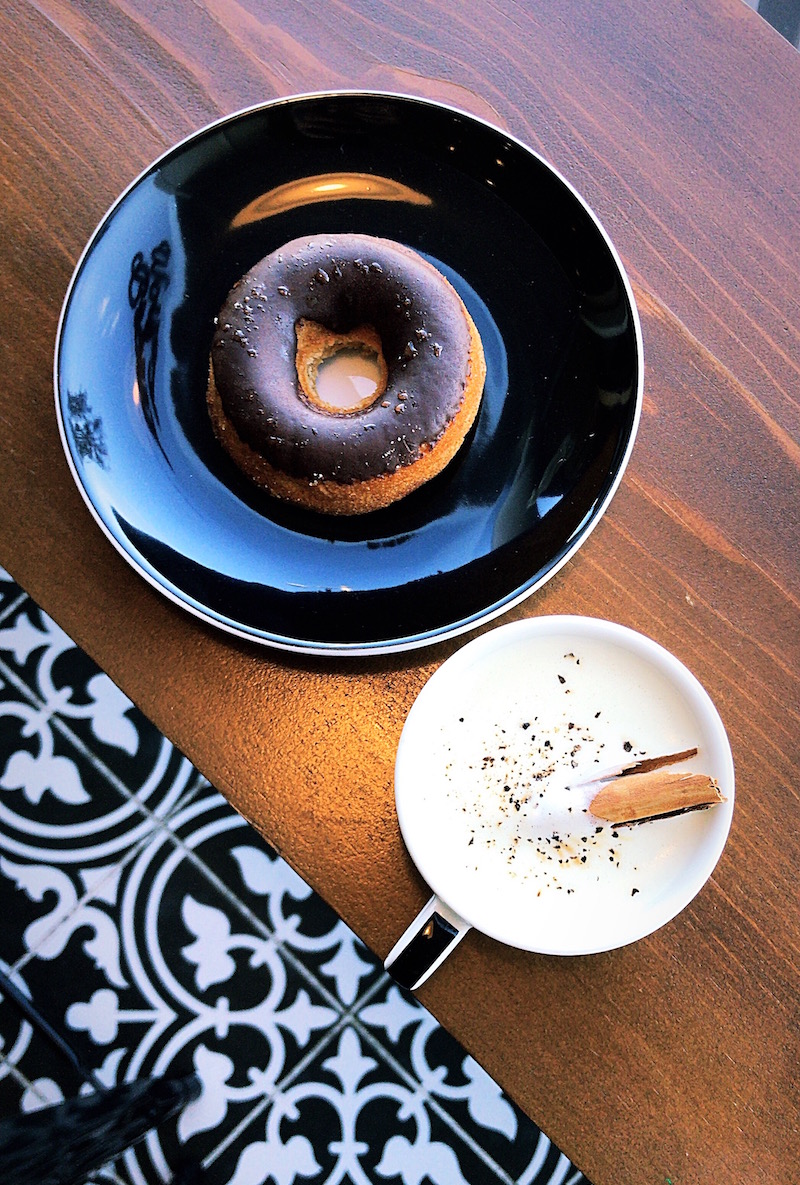