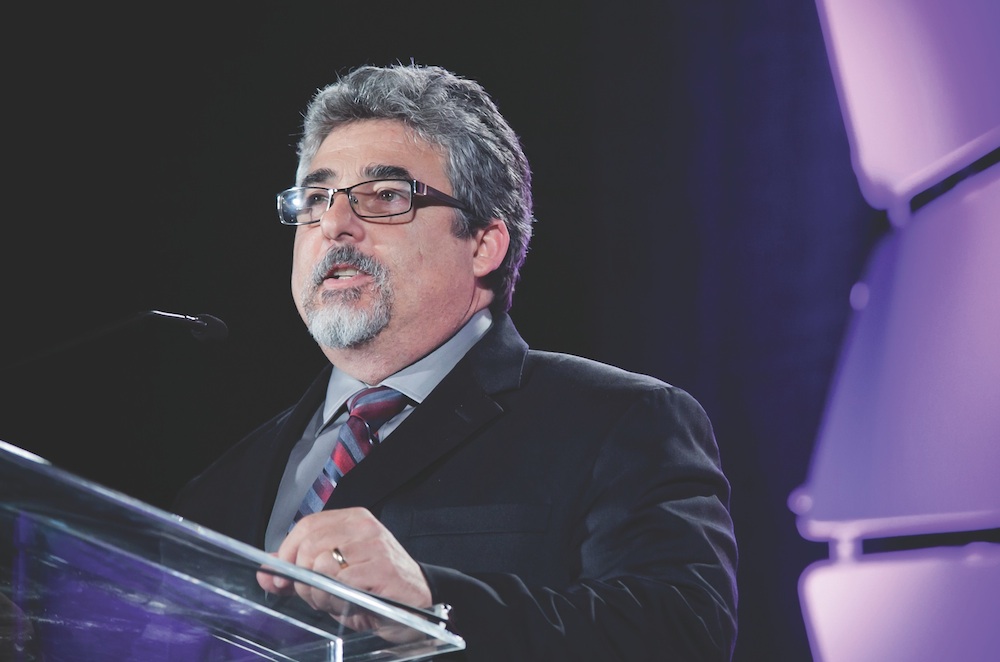 Ric Rhinehart at the SCAA Symposium in 2014. SCAA photo.

The Specialty Coffee Association (SCA) made two major announcements at once this morning.

A member email from the coffee industry’s largest trade organization said that its longtime executive director, Ric Rhinehart, is stepping down and will be replaced by SCA Deputy CEO Yannis Apostolopoulos.

The SCA also announced that it is launching an initiative to address coffee prices in the green coffee trade. The group said its Coffee Price Crisis Response Initiative is “aimed at understanding and addressing the price crisis affecting coffee farmers and threatening our supply chain as a whole.”

As he steps away from the SCA’s top executive role, Rhinehart will lead the price crisis initiative.

Rhinehart was named executive director of the Specialty Coffee Association of America (SCAA) in 2008, overseeing the organization through a time of remarkable industry growth, innovation and evolution. He stayed on as executive director when the SCAA merged with the Specialty Coffee Association of Europe (SCAE) to become the SCA.

Throughout his time as executive director, Rhinehart served as a leading voice for the coffee industry through interviews with the media, innumerable coffee events and through official delegations. Rhinehart has been outspoken about the importance of sustainability work in the coffee sector, particularly regarding the millions of smallholder farmers on which the coffee industry relies.

Under Rhinehart’s watch, the SCA’s Coffee Price Response Initiative will in its first year involve research on the coffee price crisis and its effects, convene experts from the private sector and academia to explore alternative price discovery tools, and outline alternative economic models for the specialty coffee trade, among other goals, according to the SCA.

“The coffee value chain is long and most coffee producers are not paid enough for their coffee to maintain profitable farming operations,” the SCA said in today’s announcement. “This should not be news to anyone who has been paying attention in the coffee industry; we have been hearing about this problem from coffee farmers, producing country institutions, and producer advocates for a long time.”

The subject of coffee prices has been particularly prominent this year, as prices on the ICE Futures market (a.k.a. the C price) dipped below $1 per pound, causing representatives from producing countries to call for urgent action. A 2017 literature review on coffee farm profitability conducted by the SCA began to tackle the issue of farm profitability.

As Rhinehart moves the issue forward, the SCA said that current deputy CEO Apostolopoulos will become CEO and executive director.