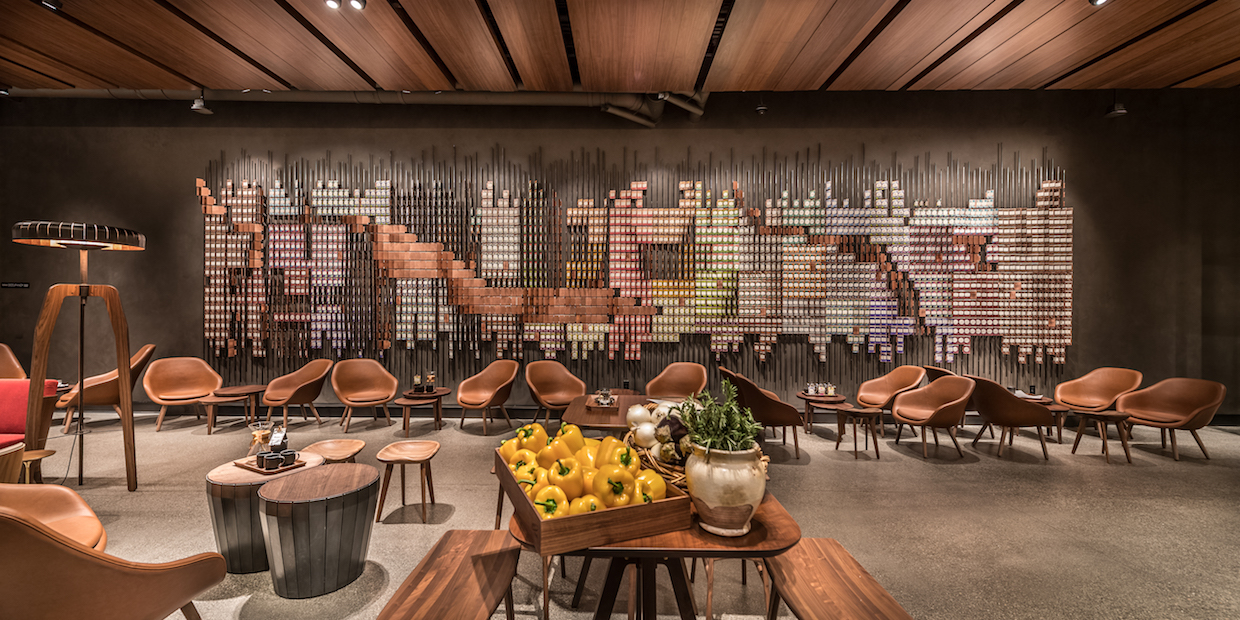 Starbucks’ lone Reserve store (not roastery) in Seattle. The company had previously announced intentions to open 1,000 Reserve bars throughout the world.

Starbucks may be curtailing its ambitious plans to open Reserve-brand stores throughout the United States and the rest of the world.

In previous years, Starbucks former CEO Howard Schultz said the company planned to open 30 Starbucks Reserve roastery locations throughout the world, plus an additional 1,000 Reserve-brand retail locations. The latter were described as having larger footprints than traditional Starbucks stores, while focusing on more premium Reserve-brand coffee offerings in a more upscale environment. 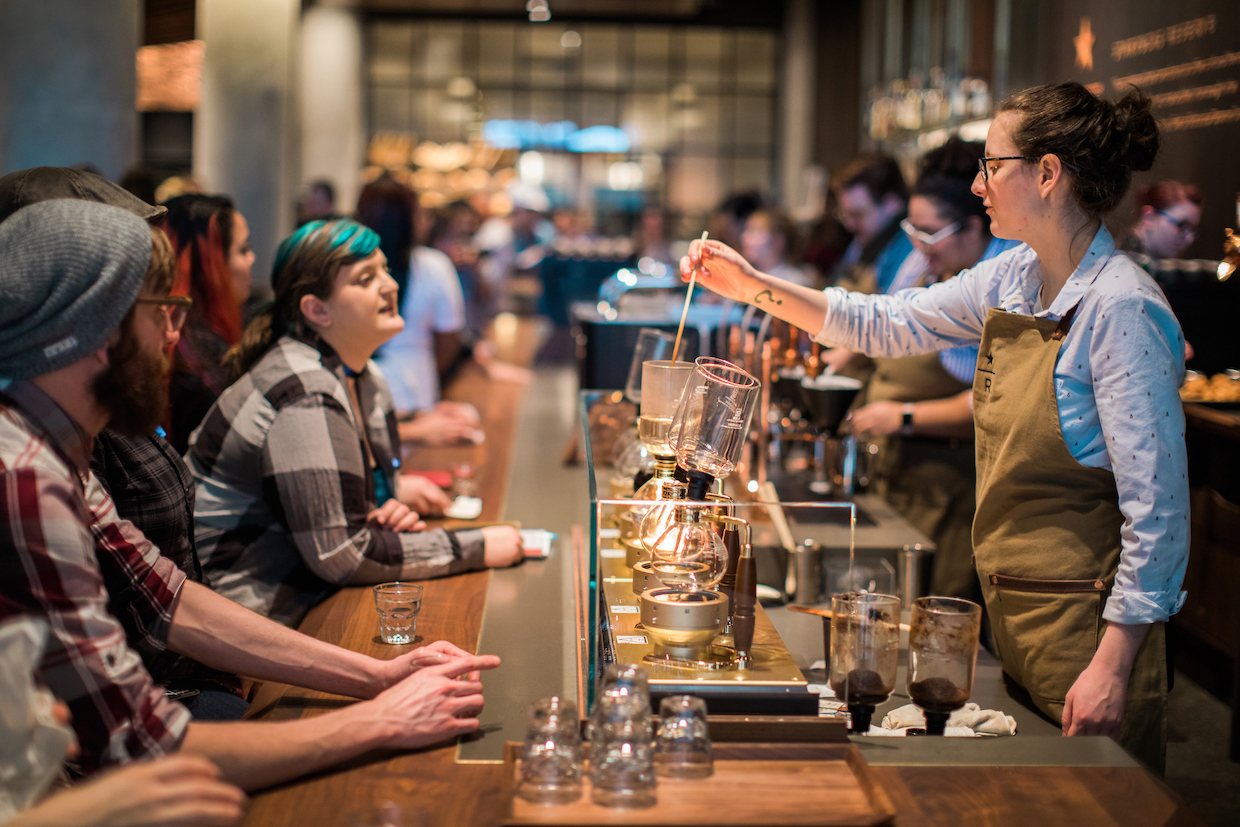 Current Starbucks President and CEO Kevin Johnson recently told the Wall Street Journal that the 1,000 target was merely “aspirational,” as opposed to constituting a firm plan, and that the company now plans to test the waters for the Reserve store concept with just six to 10 U.S. stores. Only one Starbucks Reserve store has opened to date in the U.S., inside the company’s Seattle headquarters.

In its annual investor conference last month, during which it outlined current plans for growth, the company made little reference to its Reserve offshoot, instead focusing on in-store sales growth plans for existing locations, aspirations for traditional Starbucks stores in China, and plans to introduce delivery service in the U.S. and China through Uber Eats and Alibaba, respectively. 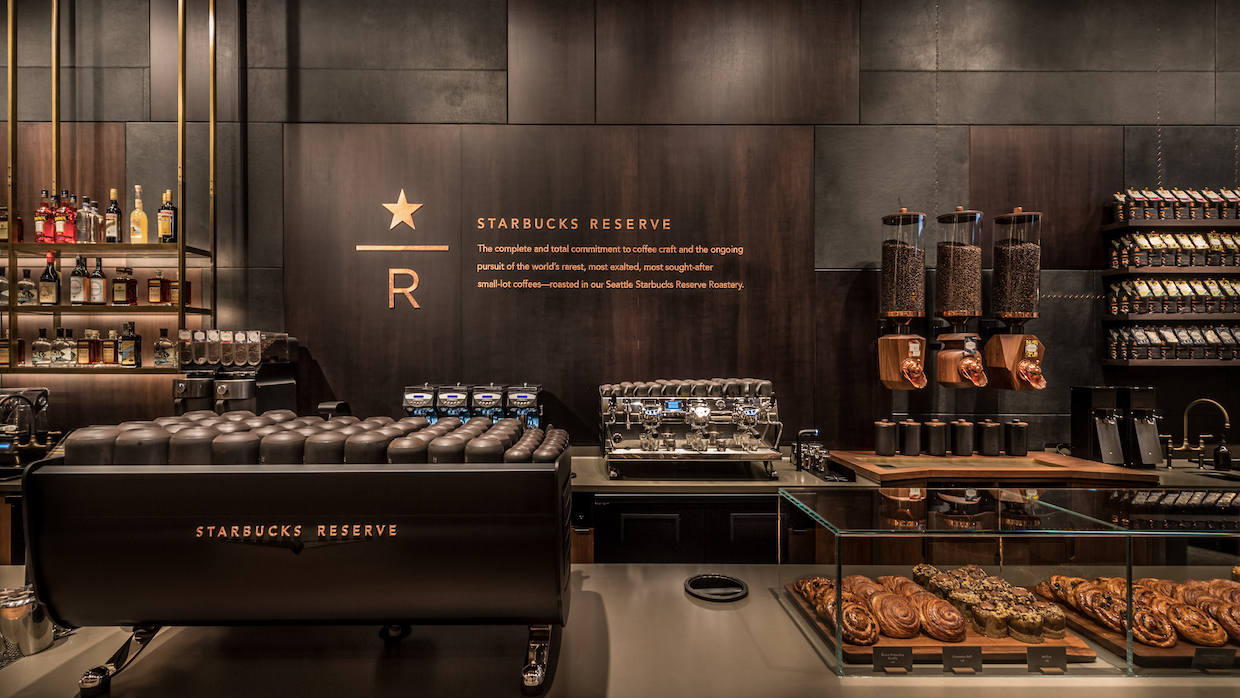 Meanwhile, the company has not announced any new plans to open Reserve roasteries beyond the four existing locations in Seattle, New York, Milan and Shanghai, and two forthcoming locations in Chicago and Tokyo.

Financial analysts are describing the lack of focus on the Reserve brand as constituting a fundamental shift in leadership between Schultz and Johnson — the latter taking a more conservative and metrics-driven approach to driving existing store sales. In specialty coffee parlance, the move might be seen as a more conservative outlook toward the Third Wave, or premium specialty, market.

I honestly dont think this Market would be very kind to them. If quality had been their focus from the start, maybe, but Starbucks just isnt known for quality coffee.