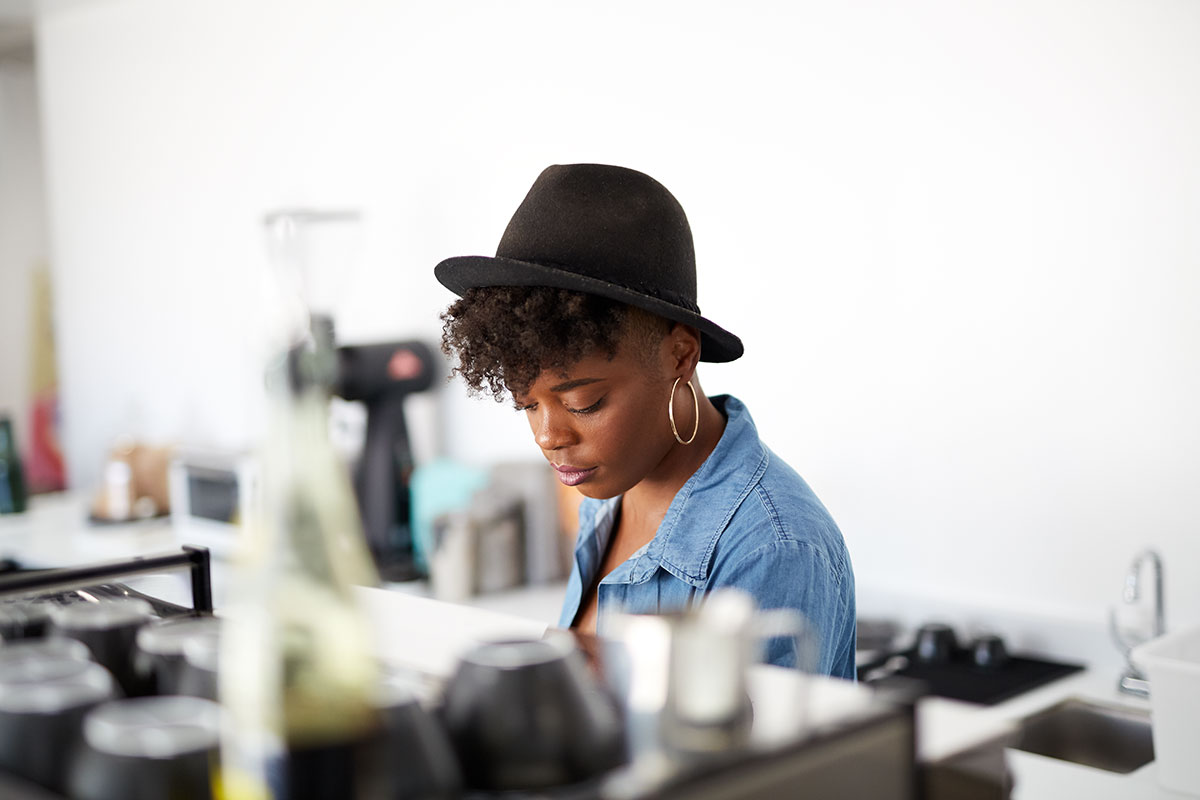 As the coffee industry enters a new year, planning and preparing for a seemingly endless stream of events and competitions, Michelle Johnson is busy formulating her own plans, returning to the United States while taking her work on The Chocolate Barista blog and Black Coffee events to the next level.

Johnson has become a key voice in the dialogue on racial issues, disparities and outright racism in the coffee industry, and how those continue to impact the lives of working coffee professionals. The Chocolate Barista platform has expanded to include events and parties geared towards Black coffee professionals, providing a venue for these important conversations to take place.

Johnson, who has been living in Australia for the past year, has not let distance stand in her way while organizing Black Coffee events in three cities around the U.S. in 2018: Portland (Oregon), New York City, and Washington D.C. With the release of the Black Coffee NYC and DC videos last month, the ambitious former barista ended the year on a strong note.

Several other prominent speaking engagements in recent years have allowed Johnson to connect with audiences on a subject that many other people in coffee have been uncomfortable or unwilling to confront.

Johnson’s first talk at the 2016 Tamper Tantrum looked at laying the groundwork for diversity; a panel discussion at the 2017 SCA Expo explored changing power structures; and her talk at the 2018 Re:co Symposium focused on building diverse and inclusive communities, particularly in the online space.

This month marks the three year anniversary for The Chocolate Barista, which Johnson launched while working as a barista in Phoenix.

“It wasn’t until I moved to Phoenix that I realized there was a diversity problem in coffee,” Johnson, who is originally from the D.C. area, told DCN. “The demographics of the population in D.C. is much more diverse. Then I moved to Arizona and realized I was the only Black girl in the coffee scene at the time.” 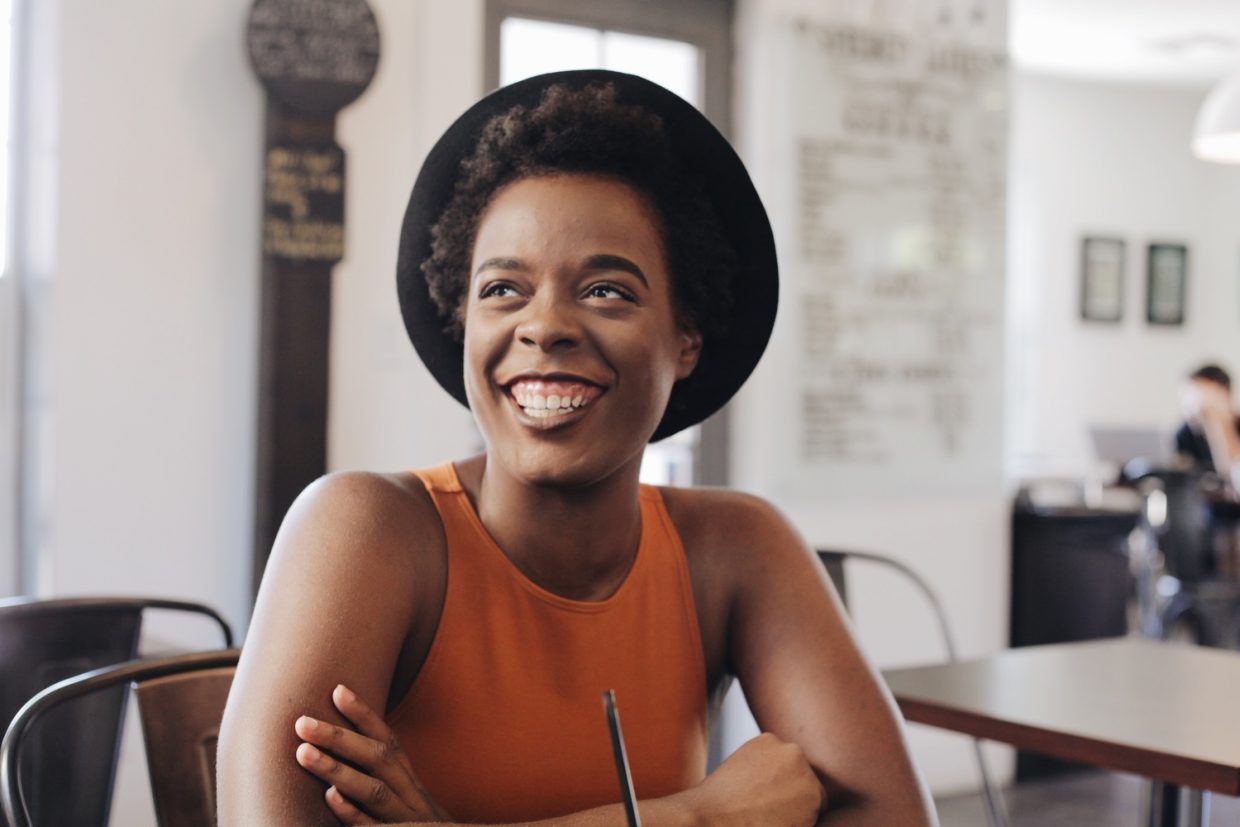 In May 2016, Johnson penned a Chocolate Barista post called The Black Cup of Excellence: Being Black in Specialty Coffee. Her words spread quickly through coffee circles, opening a door that Johnson herself was not entirely ready to walk through.

“After I posted that piece, it went wild and it has just continued from there,” Johnson said. “I still had much more to say, and it got easier over time. More people started to reach out to me, I felt more supported, and I was meeting new people because of it. I just figured there is a lot that needs to be done, and more that needs to be said, and if other people aren’t going to do it, then I’m just going to do it instead.”

From the community response and through these connections, the Black Coffee event series seemed to be a natural extension of the platform. 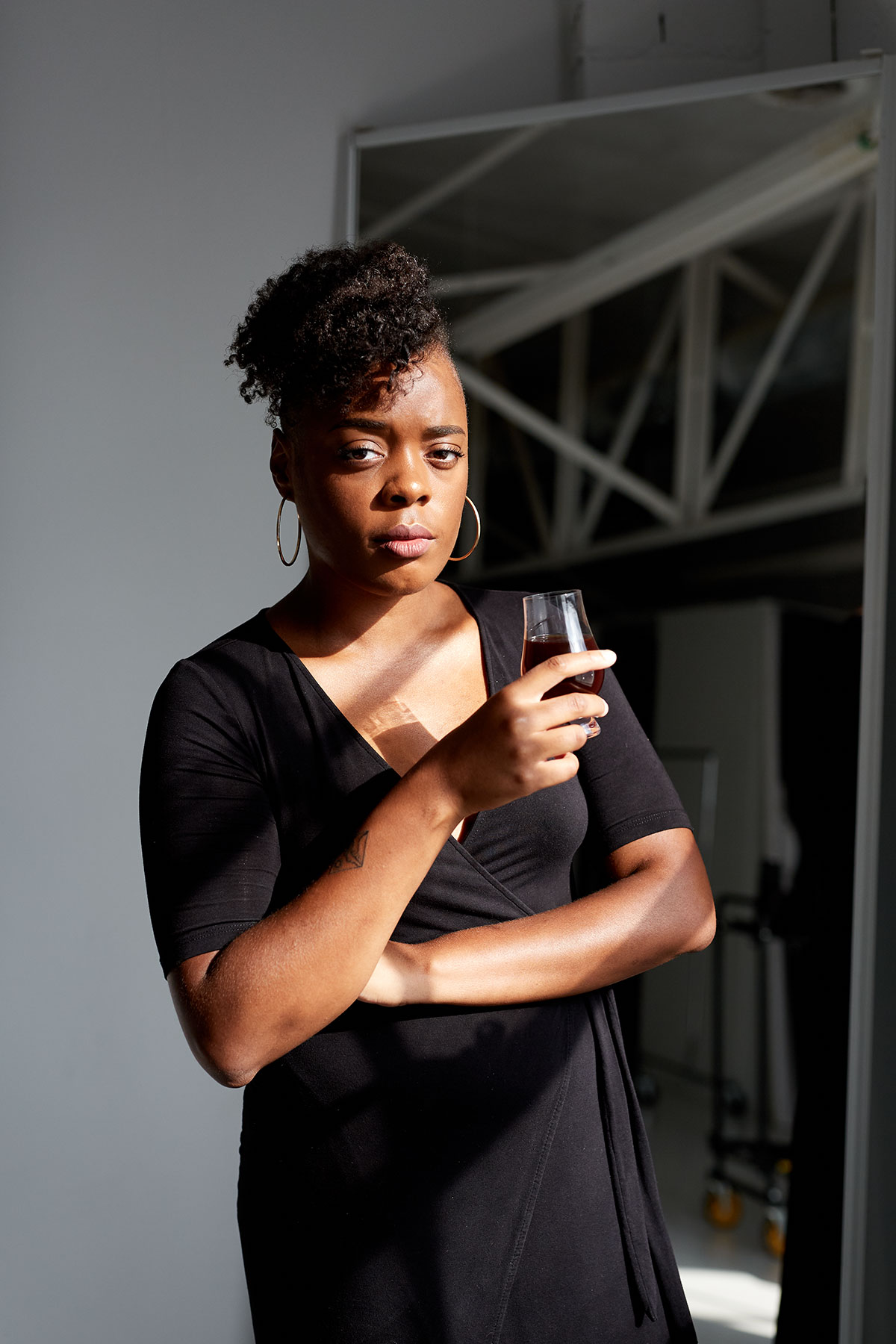 “With Black Coffee, I wanted it to be funny and lighthearted, but still very real,” said Johnson. “The conversation being had is for us and by us. I tell our panel each time, we are not catering to the audience. The one thing I want us to keep in mind is that we want this conversation to really reach and penetrate other Black people, whether they work in coffee, are coffee enthusiasts, or are just curious and passing along through, because these experiences are something that we can all relate to.”

Johnson noted that while there will certainly be other people in attendance, and it will definitely be a learning experience for them, these events aren’t intended to be a teaching moment. With Black Coffee, originally inspired by the live podcast series The Read, Johnson wanted to create a space for casual, honest conversation on a range of topics — both within and beyond the coffee world.

“This is for us to have a cathartic conversation that we don’t really get to have otherwise, with people living in different places around the country,” said Johnson. “The goal was for this to feel like a gathering or reunion, so to speak.”

Johnson’s other goal with this event series is to reach people who are having trouble in the industry, or people who may be the only Black person in his/her/their area.

“[To these people], I would say It is okay to feel frustrated by these barriers as you try to embark on this journey, but don’t let them derail you,” Johnson said. “If it’s something you’re extremely passionate about, you’re not going to let someone who is withholding information from you, or someone not promoting you, get in the way of what it is that you feel like you’re meant to be doing. Also, I want to see more people that look like me engaging in coffee culture. We need you!” 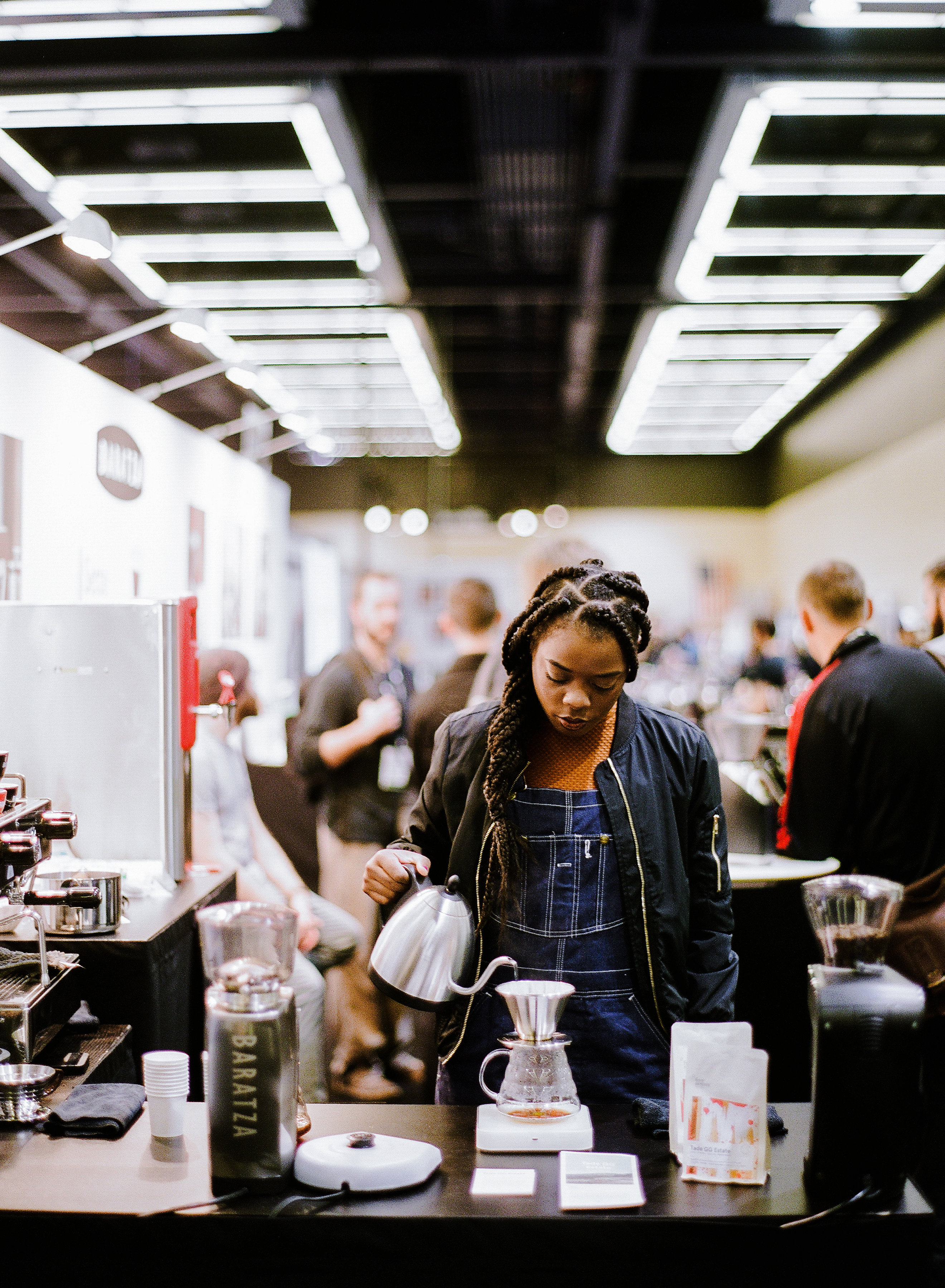 Although Johnson has provided a leading voice on the subject of diversity in coffee, she is also quick to point out the fact that hers is not the only voice. With a range of professional interests in coffee and marketing, Johnson similarly hopes to not be professionally pigeonholed.

In 2017, she took on a communications role with the discussion platform and subscription service Barista Hustle in Melbourne. Johnson recently left the position and is preparing to move back to the U.S. to step into the world of freelancing — drawing on her marketing and content development skills to work with clients from various segments of the coffee industry.

“I want to really become a part of a community,” said Johnson. “I want to invest in it.” 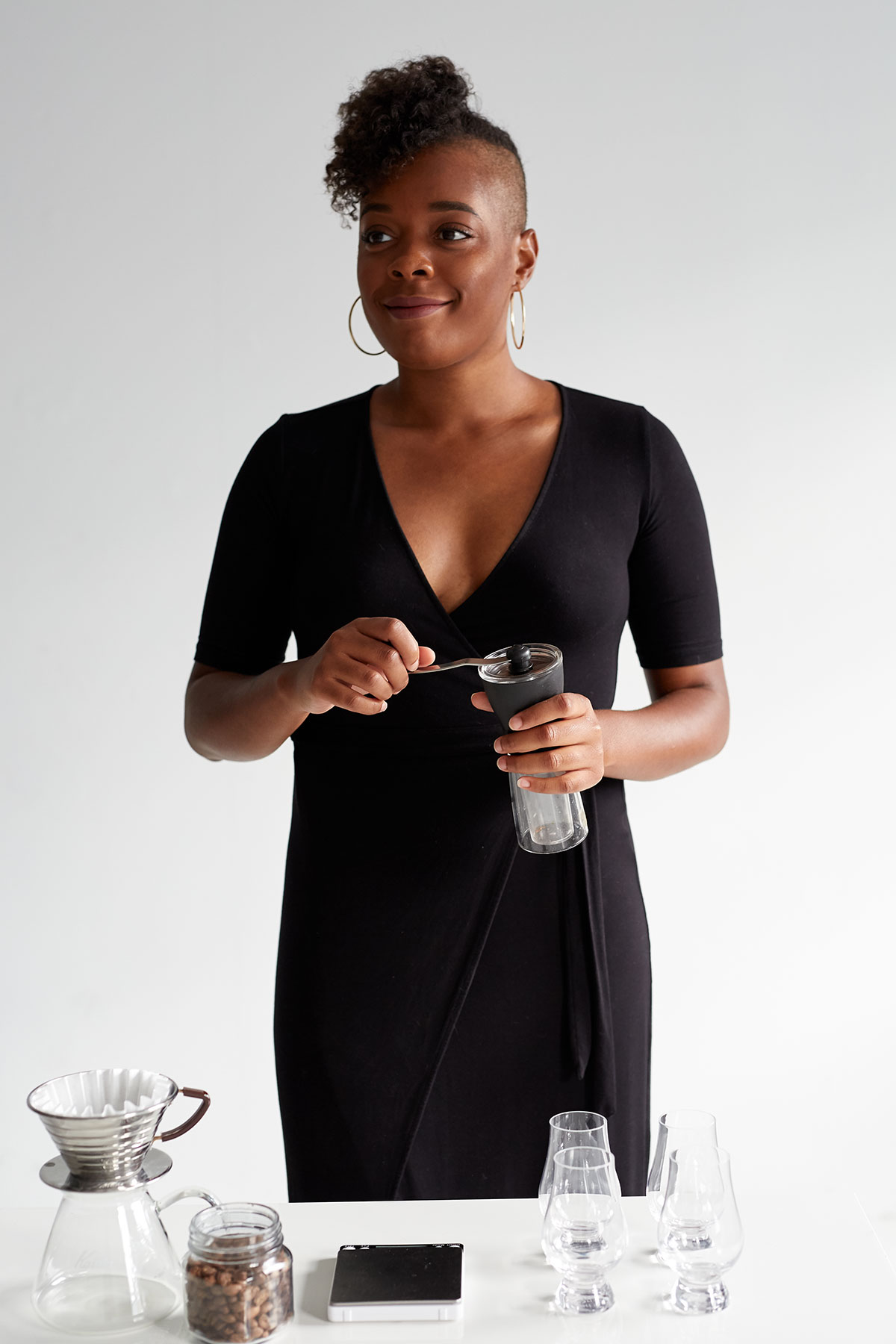 People and their stories. The infinite amount of ways that people have connected with coffee and what it means to them. I just love hearing about people’s coffee origin stories, how they fell into it, and how this beverage has done so much to bring people together in so many different ways. It is so inspiring — I don’t think I could do anything else.

How unsustainable it is for a lot of people when it comes to pay and wages, and not just on the retail end of things but on the producing side of it too. It is astronomical how severely underpaid people are in the industry and how so many of them are just continuing to be exploited for the top few percent to make a ton of money.

What would you be doing if it wasn’t for coffee?

I think that if it wasn’t for coffee, I would have stayed in school back in D.C. and continued with my math degree. I probably would have gotten some weird corporate government-adjacent job in the city and been super boring.