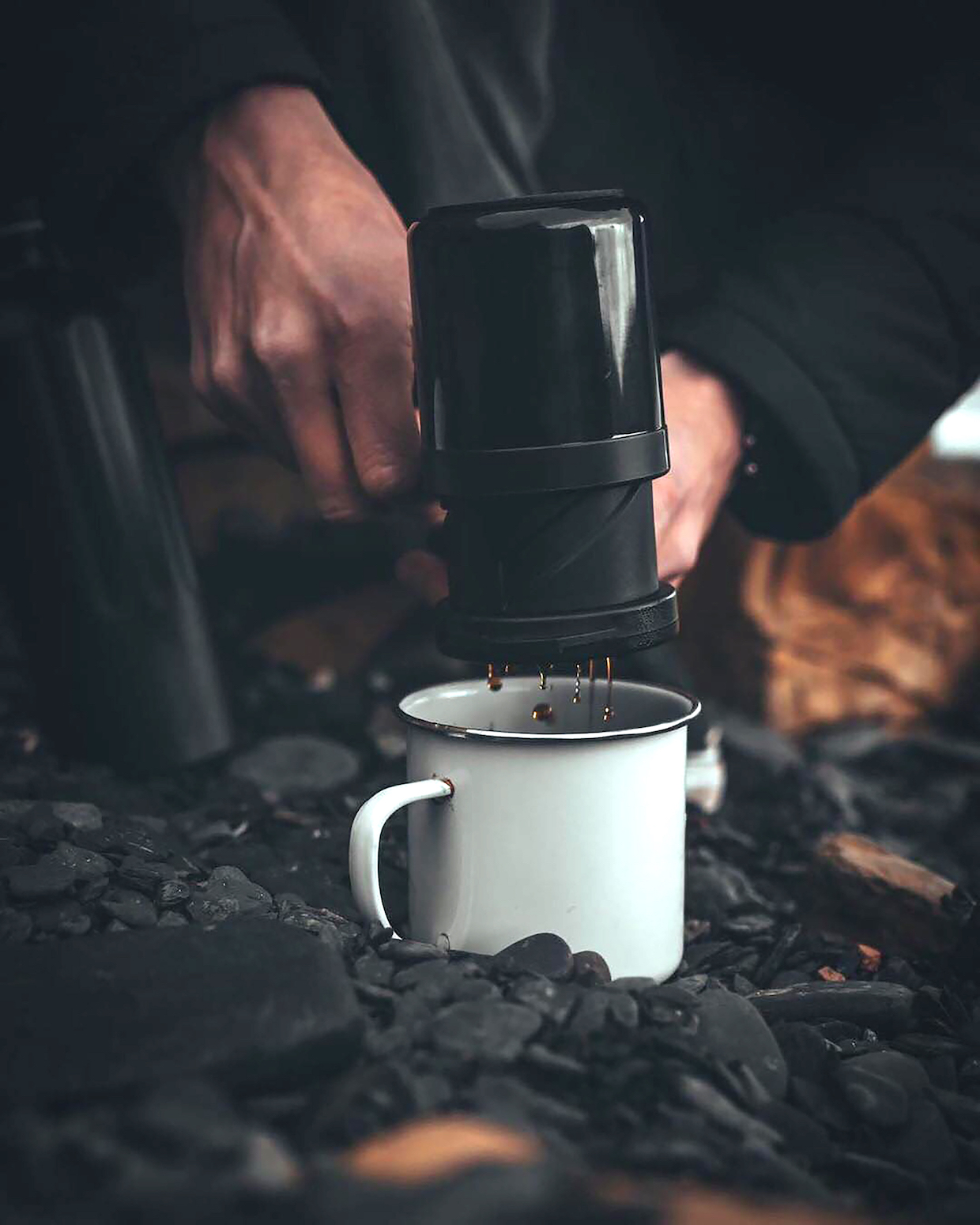 A new twist on the pressurized immersion method of manual brewing has emerged from UK-based consumer specialty coffee equipment manufacturer Barista & Co. The new brewer is called the Twist Press, and its aim is to pair pressurized immersion brewing with a format that is easy, attractive, convenient and consistent.

The manual application of downward pressure upon vacuum-trapped air that drives a full-immersion brew downward through a filter and straight into a mug is a method most notably made popular by the AeroPress brewing device. Yet while the Twist Press performs a similar method from its perch atop a mug, the similarities end there, according to the company.

The primary departure of the Twist Press is what Barista & Co Co-Founder and Sales Director James Gray described to Daily Coffee News as a “helix design.” This is a spiraling system of threading along the sides the brewer that guide the plunger downward as the user pulls two separate handles together. 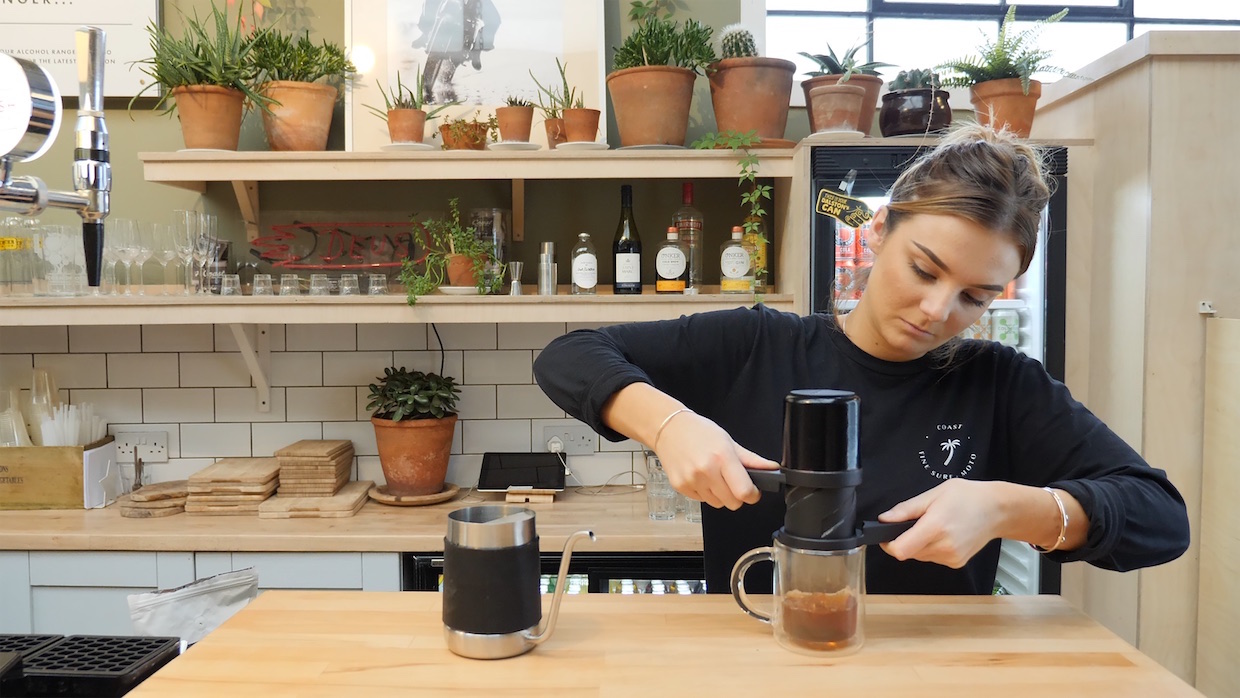 According to Gray, this ergonomically friendly procedure provides greater leverage and control that leads to more consistent outcomes, and that by using torsional force through the twist motion, the system is more stable, and the downward pressure upon the vessel below is minimal.

“AeroPress is a great product, but it certainly isn’t the only brewer of that type. It just happens to be the best known,” said Gray. “[The Twist Press] is easier to plunge, and that makes the product more accessible for consumers, as applying downward pressure onto a cup or glass when hot water is involved can cause concern.”

One of Barista & Co’s foundational principles is to make specialty coffee more accessible by removing such concerns and barriers for newcomers. Gray, whose background prior to Barista & Co was in retail with a global housewares brand, found through his own upward journey in coffee geekdom, that while so many people loved coffee, very few were as passionate as he was about brewing it excellently. 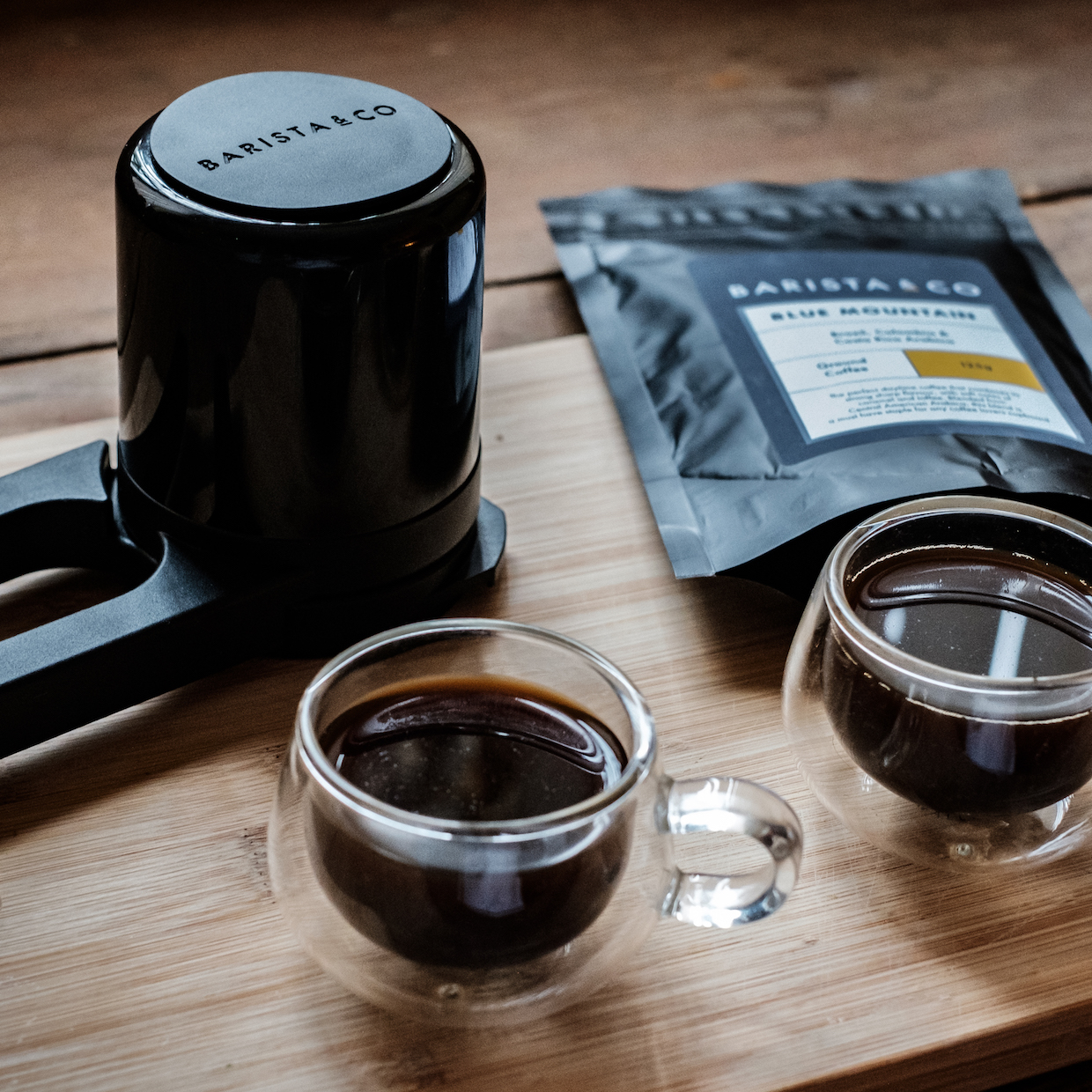 “It was mainly due to the fact that many consumers found speciality coffee a little daunting,” said Gray. “My belief was that it didn’t need to be, and by offering good products and advice, we could bring more people into coffee and help them on their journey to great coffee.”

So far the company’s brewing products have focused on French press and pourover designs, as Gray said many specialty coffee lovers are reluctant to move past these basic brewers into more potentially complex devices.

For storage and portability, the Twist Press is designed to be compact, and for convenience it can also be used as a coffee storage container itself. Additionally, when brewing without a scale such as while camping, the stopper can be used as a scoop that holds a dose of approximately 15 grams of coffee.

Its polypropylene and BPA-free Tritan plastic construction is lightweight, durable and dishwasher-safe. The device will ship with paper disc filters made by Barista & Co, and though the company makes no guarantee that filters made for any other device will work, it has said that other disc filters between 63 to 65 mm in diameter will be compatible. For the record, standard AeroPress paper filters are approximately 63.5 mm. Prototypes of a reusable metal disc filter made by Barista & Co are currently being tested.

“The metal filter is coming but it isn’t something we would rush into,” said Gray. “We spent nearly two years testing paper filters to find the micron level that we felt gave the best results, and we will have the same vigorous testing for metal filters.” 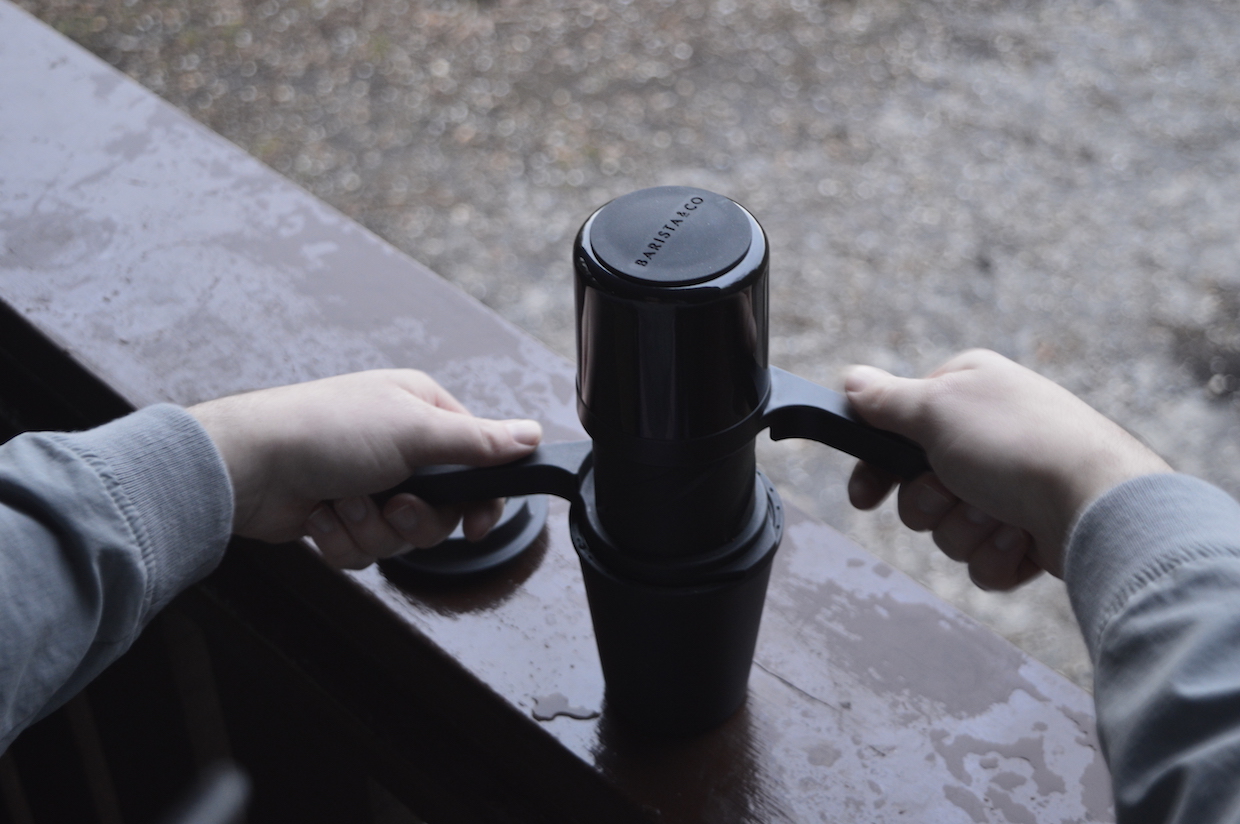 Barista & Co products are already in distribution to 35 countries around the world. The projected retail price of the Twist Press when it launches is £34.99 ($46.35 USD). A currently active Kickstarter campaign to support production of the Twist Press has achieved more than 200 percent of its funding goal with more than three weeks remaining, as of this writing.

Gray said the projection of an August 2019 delivery of the KS-funded production run is a “worst case” estimate. Future Barista & Co products will focus on other variables that can act as barriers to people daunted by specialty coffee, such as the requirements of accurate grind sizes and water temperatures. Prior to that, Gray said there are as many five additional products that may come under the Twist Press umbrella, including larger and smaller iterations of the brewer.

“The focus right now is to deliver the best possible product for our current backers,” said Gray. “Once we feel we have delivered a 5-star product, we will move on.”

just a few Questions Gray…
so the twist press and aeropress are they any huge different between the two in terms of brewing techniques and final cup profile besides the inventor and the designer?

How much Pressure can be reached through twist pressing brewing?
So far the company’s brewing products have focused on French press and pourover designs, as Gray said many specialty coffee lovers are reluctant to move past these basic brewers into more potentially complex devices, i think this need more explanations ? sounds like competions on who invent the best gadgets than let individual gadgets speaks for themselves to professional barista,Persoanally im not a fan of french ~Press but the next person is right? resulting personal preference at the end ,good brewing gadgets always stands out eg ,chemex,hario,aeropress etc ,twist press sounds to be huge to specialty game,bring it on…