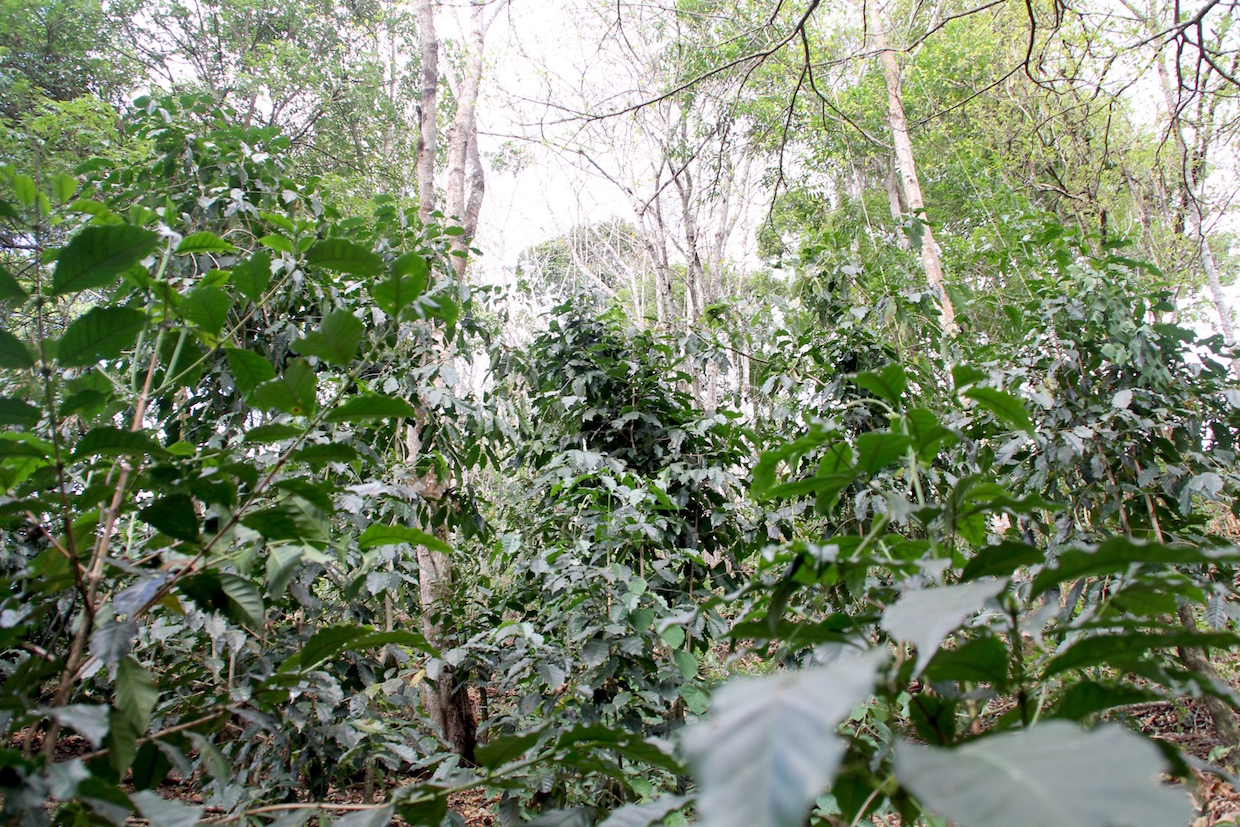 Coffee farmers can maximize profits by converting one-third to two-thirds of their farmland to shade-grown, according to pioneering new research that attempts to quantify the economic associations with shifting away from conventional full-sun farming practices.

In a paper coming out this May in the journal “Ecological Economics,” researchers from Columbia University and Cornell University explore the potential economic incentives for coffee producers in converting from full-sun to shade-grown systems that mimic a traditional forest canopy, in which trees provide greater biodiversity, including pest-eating birds.

A major component of the study and its economic modeling concerns the ability for farmers to attract price premiums for shade-grown — or, in other words, more environmentally sustainable — coffee. Thus, it underscores the need for coffee traders and sellers to educate consumers about the economic and quality-related benefits of shade-grown coffees.

“Our estimates can guide the design of market-based mechanisms that aim to promote sustainable practices in coffee,” study author Juan Nicolás Hernandez-Aguilera said in a profile of the release from Columbia University’s International Research Institute for Climate and Society. “That said, the effective implementation of these instruments heavily relies on a better promotion and knowledge of the interactions between shade-grown coffee, environmental conservation and product quality among coffee consumers.”

For the paper, researchers utilized a resource economics method called dynamic optimization to model a farmer’s decision to convert land from conventional full-sun to shade-grown production. It factored expected yields and the costs of each system, gains from pest control from the increased presence of birds, and price premiums for higher-quality, sustainably grown coffee.

According to the modeling — which accounted for reduced costs for pesticides and “appropriate market conditions,” among other assumptions — the research suggested that at least 36 percent of a five-hectare farm should be allocated for shade-grown production to maximize farmer income.

This supports previous assertions from experts in the coffee sector that the conversation about sun vs. shade should not be polarizing, but that shade and sun can both play a role within a given coffee farm in maximizing both profitability and sustainability.

We plan to update this story should more of the research become publicly available.