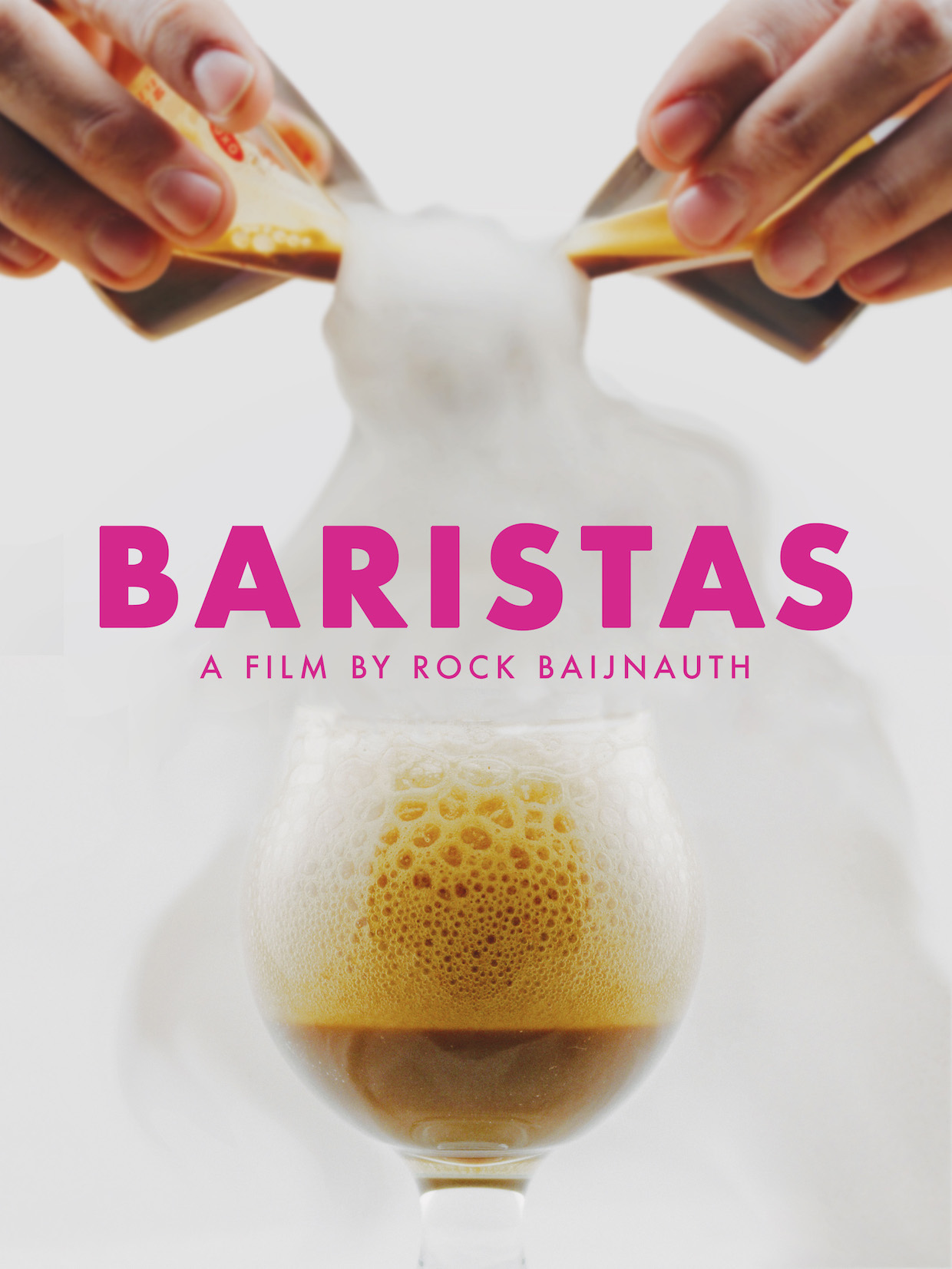 “Baristas,” the sequel to the highly popular 2015 coffee-focused documentary “Barista,” is being released today on all major video-on-demand platforms. Like its predecessor, the feature-length follow-up from director Rock Baijnauth gives viewers an intimate peek inside the fascinating world of barista competitions.

In the first documentary, Baijnauth followed four rising specialty coffee stars — Eden-Marie Abramowicz, Charlie Habegger, Truman Severson and Ryan Redden — in the run up to the 2013 United States Barista Championship. The new film follows another four competitors, who are this time vying for the only higher-stakes barista competition there is.

Baijnauth’s objective yet compassionate take on the intensity, obsession and quirk inherent to competitive barista-ing is full of vivid imagery and intimate perspectives, woven deftly together with a fun soundtrack and the occasional off-kilter interlude. Each driven, unique and yet relatable personality is introduced from his or her different corner of the world, and their quests build from there through stringent cuppings, pensive selections of ceramics wares, speech rehearsals and so on.

The final third of the film envelopes viewers in the bright lights and breathless moments of the series of 15-minute infinities that is the World Barista Championship competition. As the film captures coffee service professionalism reaching its zenith, it represents not only the culmination of these four inspiring competitors’ journeys, but also of Baijnauth’s, as far as barista competition movies go.

“I think ‘Baristas’ is as big as we can go with it,” said Baijnauth. “I mean, it’s the world championship. Where do you go from there? Maybe if other planets started competing we can do a Barista Universe thing.” 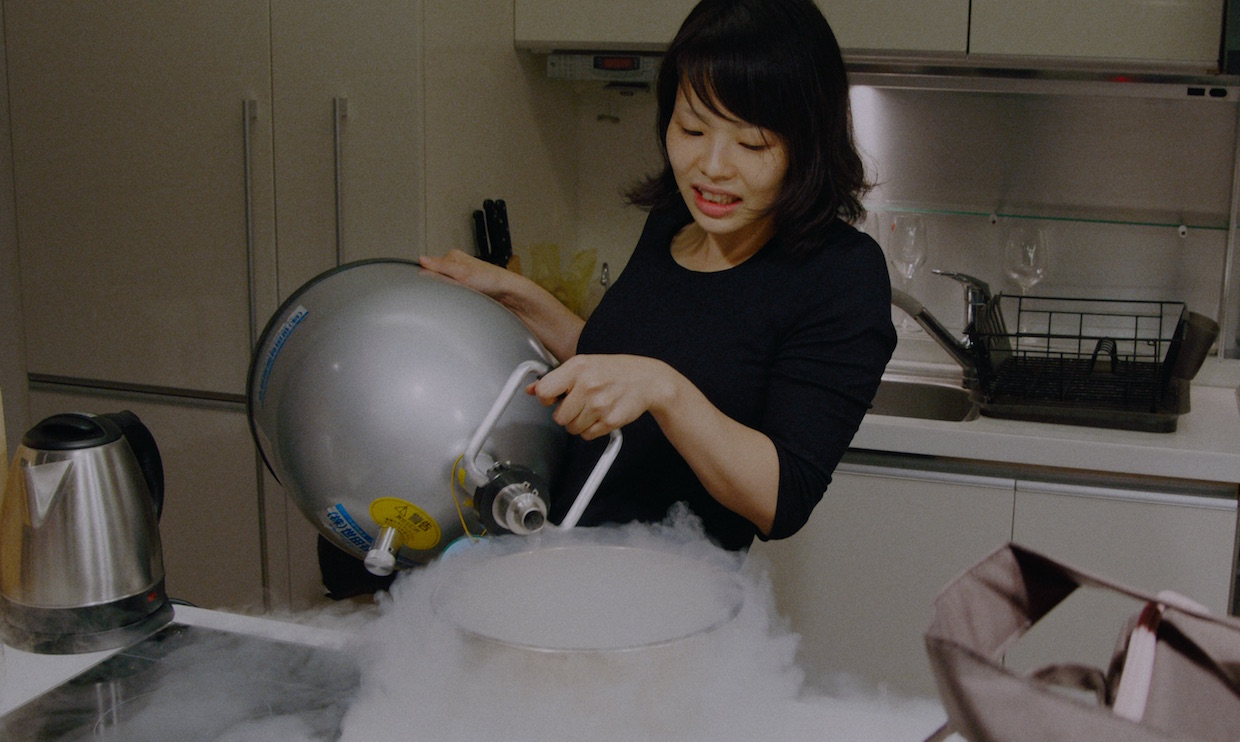 In Baijnauth’s case, we know he goes from there: into cryptocurrency. The director is currently filming his next documentary about a cryptocurrency exchange called Quadriga, whose CEO recently died and took with him a password that keeps $250 million dollars of customer funds locked away.

Yet the treasure trove of creativity, tension and charm in “Baristas” will be unlocked for all to see this week on digital video. While special event screenings have yet to be announced, Baijnauth said he looks forward to opportunities for sharing the film in larger formats, as well.

“We shot the film in scope, which means we have these really wide, expansive, scenic shots from all around the world,” said Baijnauth. “It always delights me to see it play on a theater screen.”

Daily Coffee News caught up with the director to learn more about the project.

DCN: Have you ever worked as a barista, or had other experience in coffee prior to (or during) your career making films?

RB: I’ve never been behind the bar as a barista, but my lovely wife Jessie has. She’s a producer on the project and has been helping me navigate some of the intricacies of the coffee world for years.

How did you choose the baristas to follow this time around?

There’s a lot that goes into deciding who to follow. Pre-interviews with competitors go a long way in seeing who will be most comfortable on camera and who has a really interesting story to tell, but there are practical factors that go into it, as well. There were people we wanted to film that logistically we just weren’t able to because of how difficult it is to get our camera gear into some origin countries. So practical matters also played a huge role in determining who we are able to follow. 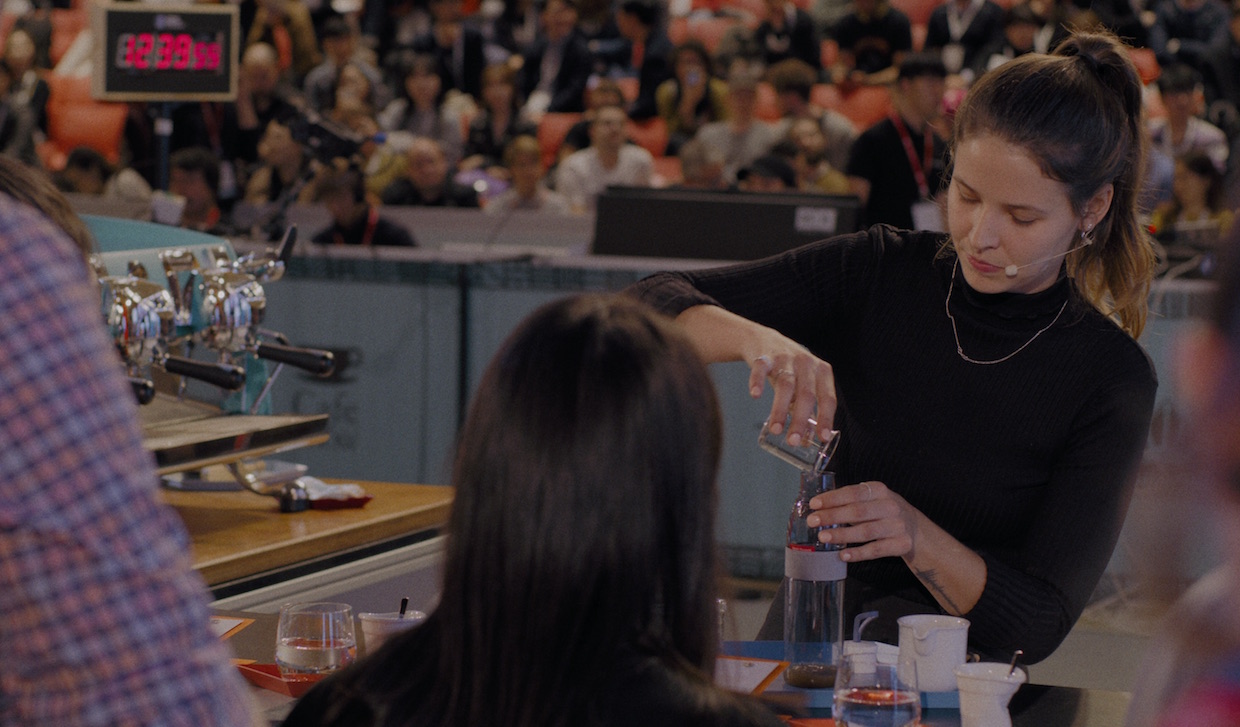 What lessons from the making of the first film came most in handy making this one?

Give yourself time to really follow people and let their story develop naturally. We were fortunate to have a lot more time with the baristas on this film than we did with the first film and I think that really shows. It resulted in getting a much more vulnerable and three-dimensional view of each person, and that made for something really lovely to watch unfold.

Were there ways in which this one was easier to make than the first one?

Having made the first “Barista” film afforded us a certain level of earned trust when it came time to approaching and following these competitors. On the first film there was always that notion of having to “[win] over” the trust of the people you’re following because they just didn’t know who we were or what we were going to do with the footage. It’s a big ask for someone to let you aim a camera at their life, and because we had previous work we could point to, it made that ask much easier.

In what ways was it more difficult?

I’m not complaining by any means because we got to go to some pretty incredible places, but the travel schedule was grueling at times. Shifting time zones and lugging a hundred pounds of gear through public transit where all the signs are written in a language you don’t speak was challenging for myself and my team, but boy was it ever worth it when you [see the] final results all edited together.

This is the worst piece of garbage.. honestly after sitting through this pretentious producers screening in LA the group realized we would never get that time back. Save your time and hard earned money definitely a 1 star

Absolutely agree.. this is garbage .. I guess Hollywood needs it fair share of garbage. It likely gives real filmmakers a baseline of what to not make it like