Exploring the Untapped Potential of Fermentation with Lucia Solis 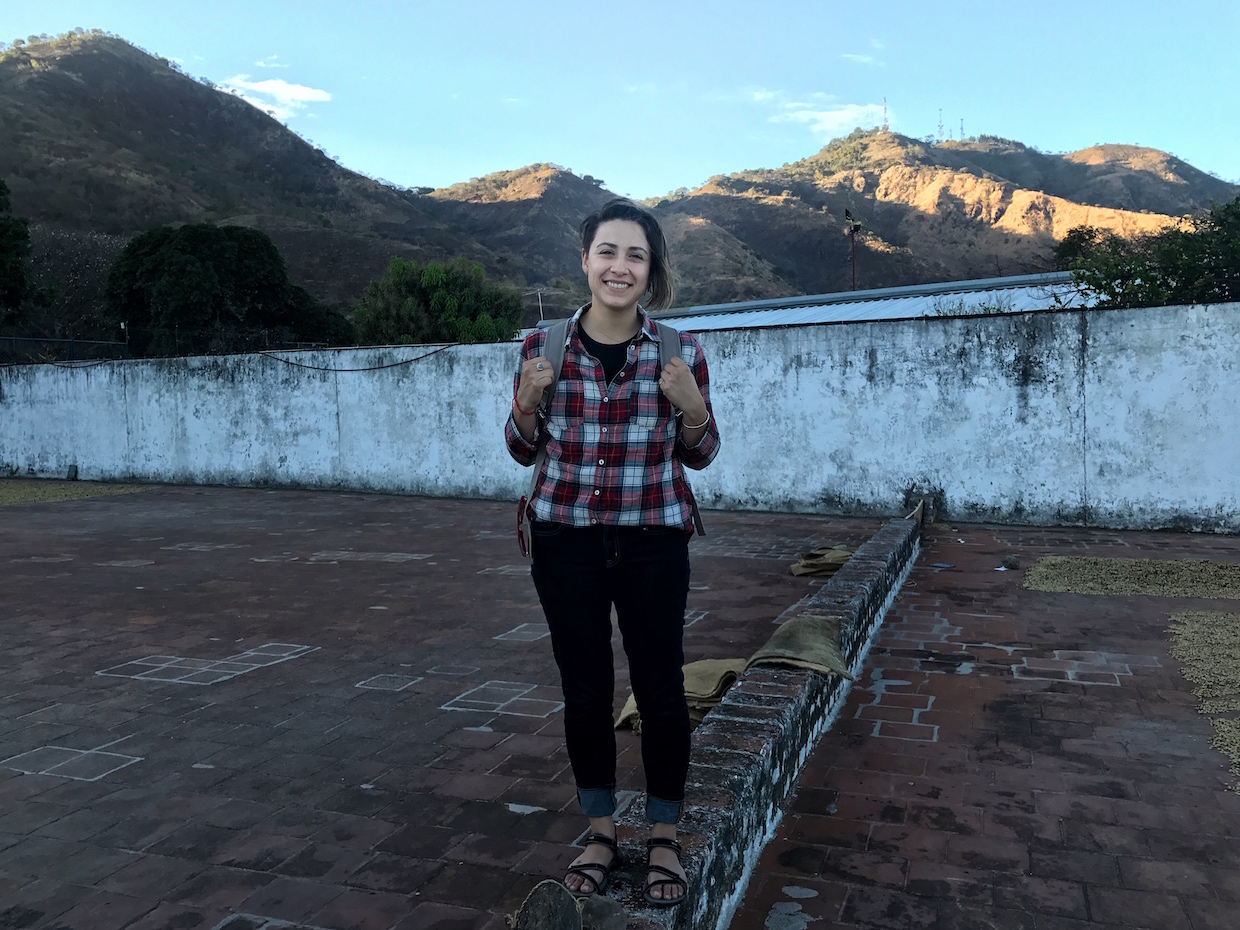 For better or worse, coffee has borrowed a whole lot from the wine world over the decades. While certain production-related buzzwords and marketing tactics fall squarely into the category of “worse,” one of the crossovers coffee currently has to be thankful for is Lucia Solis.

Solis is the founder and owner of Luxia Coffee, described as a “fermentation designer” that works with coffee producers to improve quality — and, in turn, market access — through post-harvest processing strategies.

Although she was born in Guatemala and spent much of her life in San Francisco — two amazing coffee places in their own right — Solis was never a die-hard coffee fan. Her passions lie instead in microbiology and fermentation, which led her into viticulture and enology before Solis eventually tapped into a wealth of opportunities in the coffee sector. 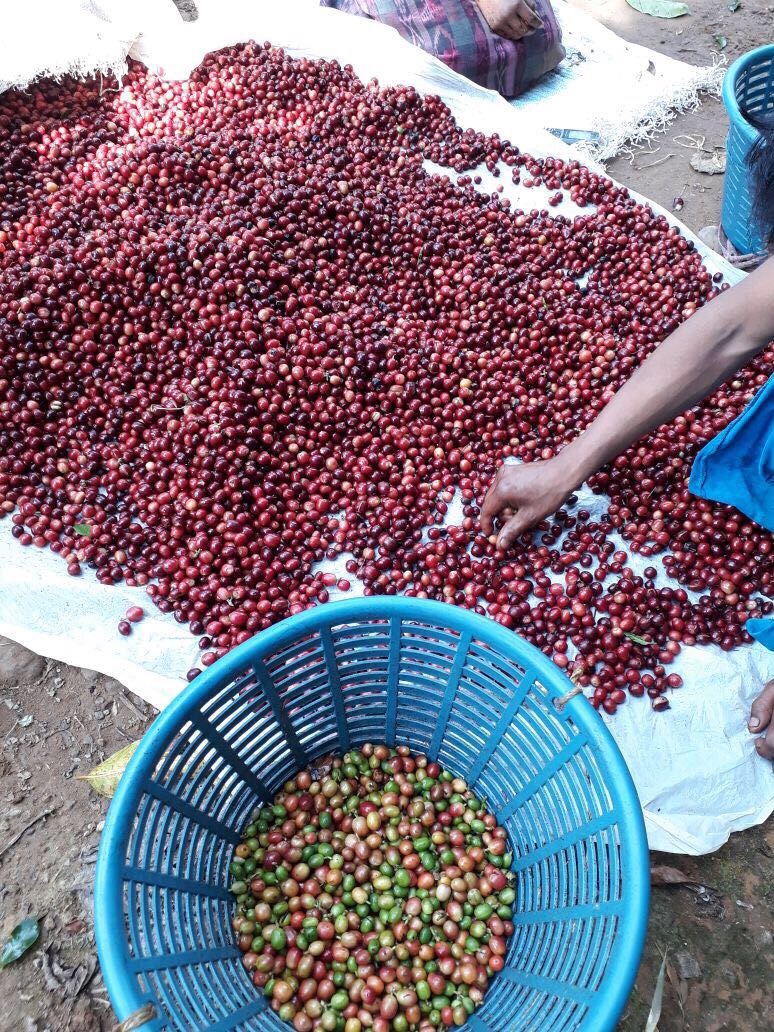 While many coffee professionals have deep-held biases or sentimental feelings toward specific coffees, origins or production methods, Solis didn’t even drink coffee until her early 30’s.

“I worked in coffee before I drank it,” Solis recently told Daily Coffee News. “I used to even set an alarm every day to remind myself to drink it and try new varieties. For me, it’s always been plants, microbiology, and farm work. In five to 10 years, I see myself transitioning to cacao, another commodity market that is, in reality, a very unknown industry for many.”

Today, Solis lives in Cleveland — a fine coffee city, but without the range previously offered to her in San Francisco. “San Francisco was filled with a roaster counterculture and a huge, vibrant coffee scene,” said Solis. “But being in Cleveland, I started thinking about coffee in a deeper and different way.” 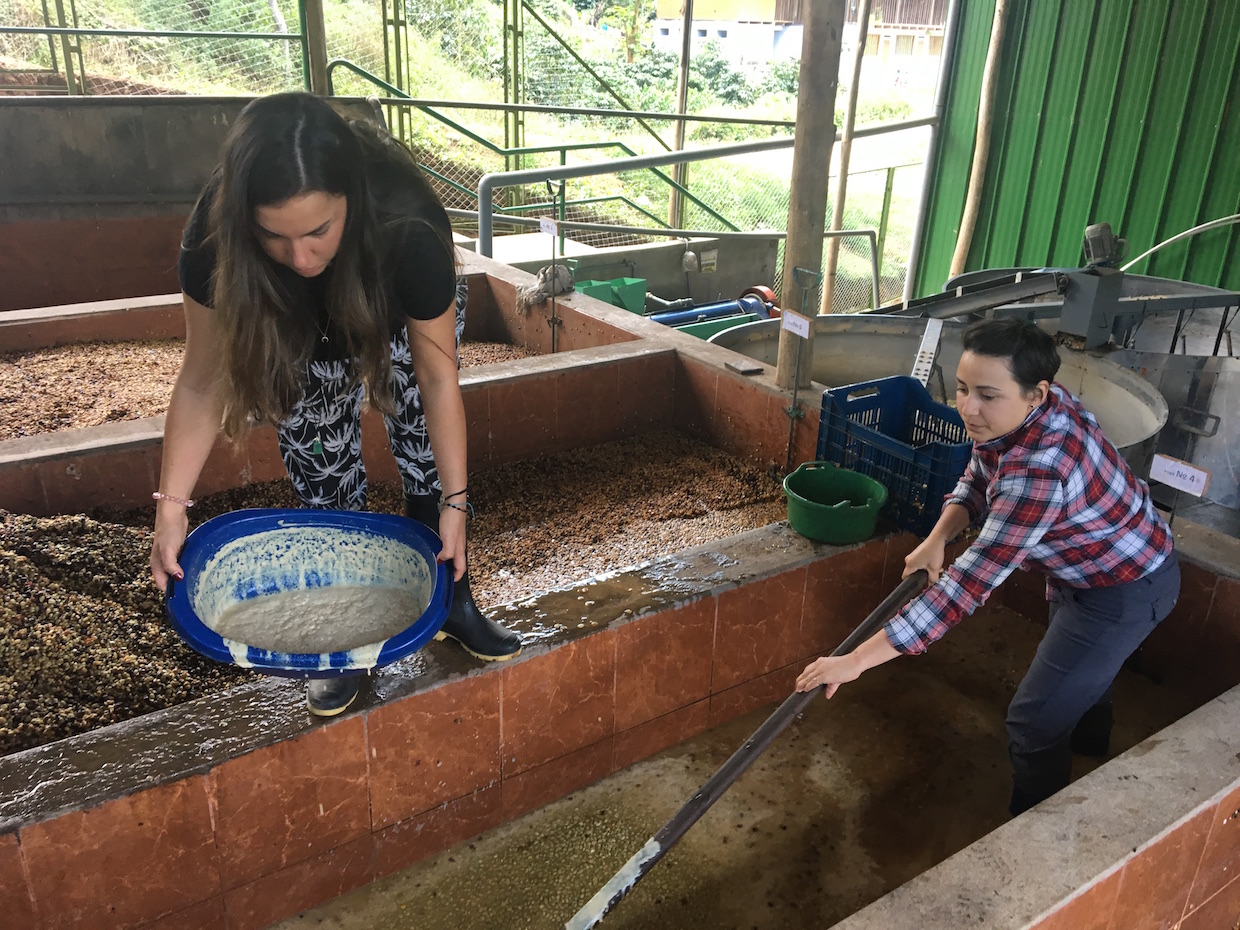 Adding yeast to a fermentation tank.

Through Luxia, Solis seeks to find consistency in quality control through fermentation that has often been lacking through conventional post-harvest processing methods, whether for natural-process coffees, fully washed or something in between.

“Traditionally, the technique is to mitigate and reduce the chance of defects and risk, leaving you with a clean coffee,” Solis said. “This reduces fermentation time drastically, and some companies even opt for no fermentation at all.”

Solis emphasized that although reduced fermentation may subsequently reduce opportunities for defects, the fact is that much of a coffee’s flavor profile comes from the fermentation process. Within these potential flaws lies precisely what can make a coffee so desirable and elusive. Said Solis, “We need to harness the power of fermentation so that it can provide more complexity, and empower producers.” 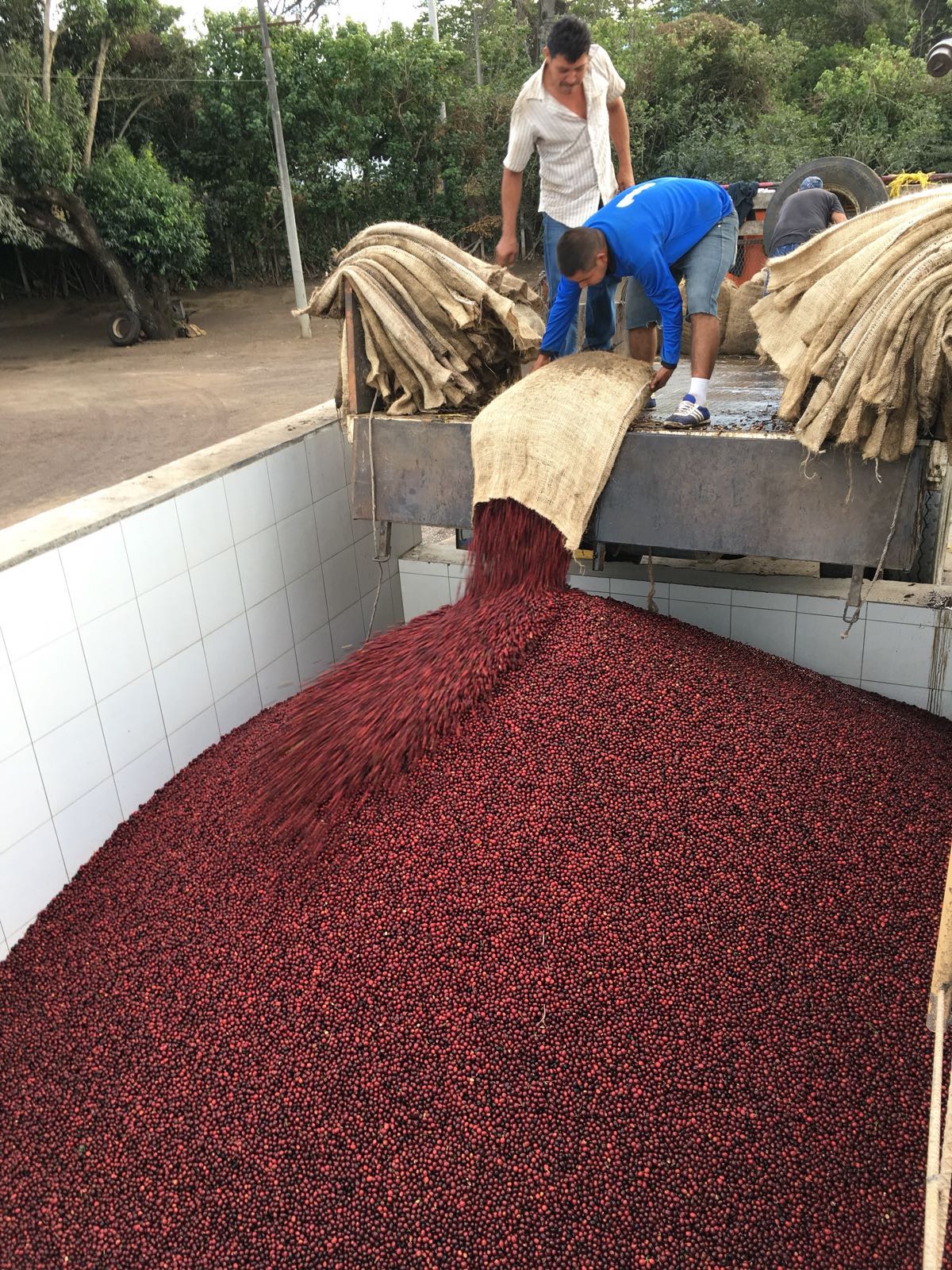 Ripe cherry being unloaded for processing.

A big part of Solis’ work is empowering and creating agency for smaller, independent coffee producers seeking to attract buyers that can help them escape the price trap set by the ICE Futures market for commodity coffees.

“Fermentation is a process [that] creates flavors [that] wouldn’t otherwise exist,” Solis said. “Even with a highly nuanced climate, environment, and processing method, nothing compensates for natural flavors developed during fermentation. When you don’t ferment, it’s like leaving money on the table. Flavors are so specific to nutrients and location on a certain day, which can only happen at a certain point in time and place.

“This uniqueness couldn’t happen anywhere else, and this allows us to step out of the commodity market which has ridiculous pricing and is threatened by competition. I like a world where everyone has something different to offer, which creates more innovation.” 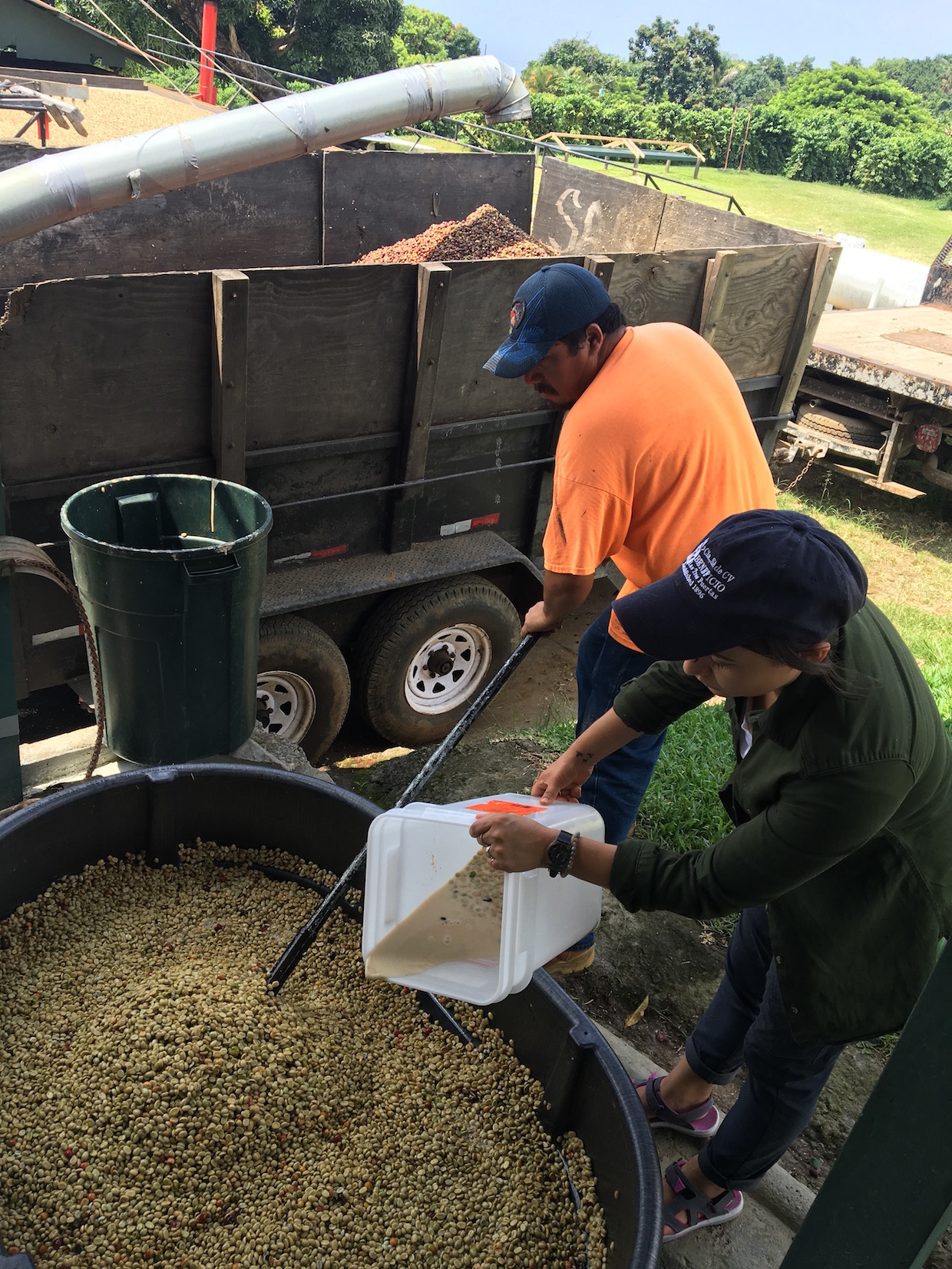 According to Solis, there are many common and widespread misconceptions within the coffee industry related to production and processing at origin. Industry folks might use jargon to tantalize consumers, but oftentimes common quality markers such as altitude, variety, origin location and general processing method tell only a small part of a coffee’s story.

“A lot of the time, people pride a coffee on its altitude,” Solis said. “They’re not considering longitude, or where the altitude is in relation to the world. Low-elevation coffee can be very interesting and expensive. What you really want is low temperature — which is often at the top of a mountain but can also live in unexpected microclimates — which allow longer ripening seasons.”

Solis is also concerned that the coffee industry too often adopts marketing buzzwords without a firm grounding in the science behind them. 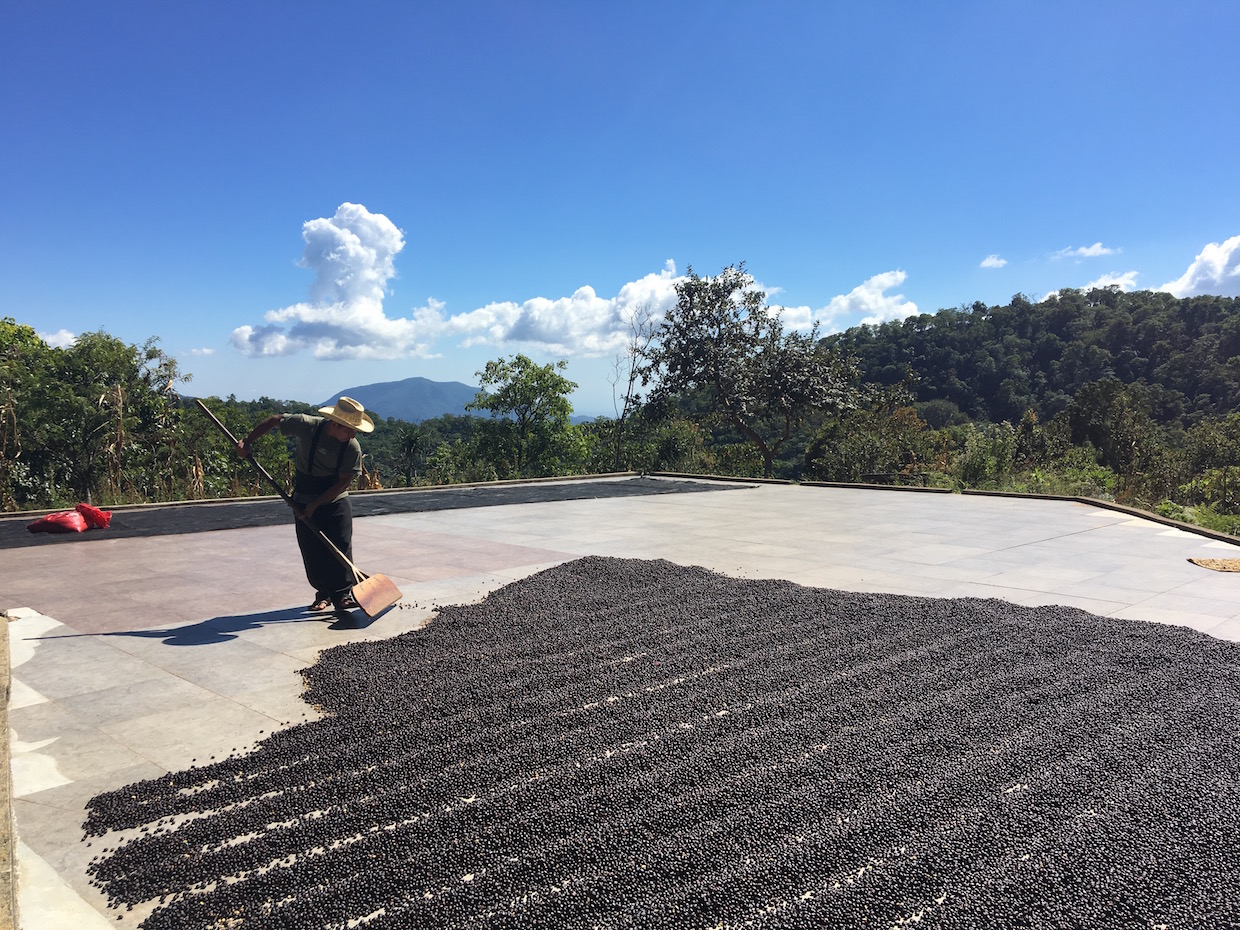 Naturals on a drying patio

“Fermentation has a scientific explanation that’s hard to simplify. In a way, it’s a method to harness energy, and a metabolism — a way that microbes get energy to survive,” Solis said. “But for many, it just means whatever happens in the tank — hence, honey or natural processes aren’t recognized as fermentation. Or, they think a double soak in water is fermentation, which is inaccurate. We need to update our definitions.”

For Solis, this is in part a language problem, both in the English- and Spanish-speaking worlds. 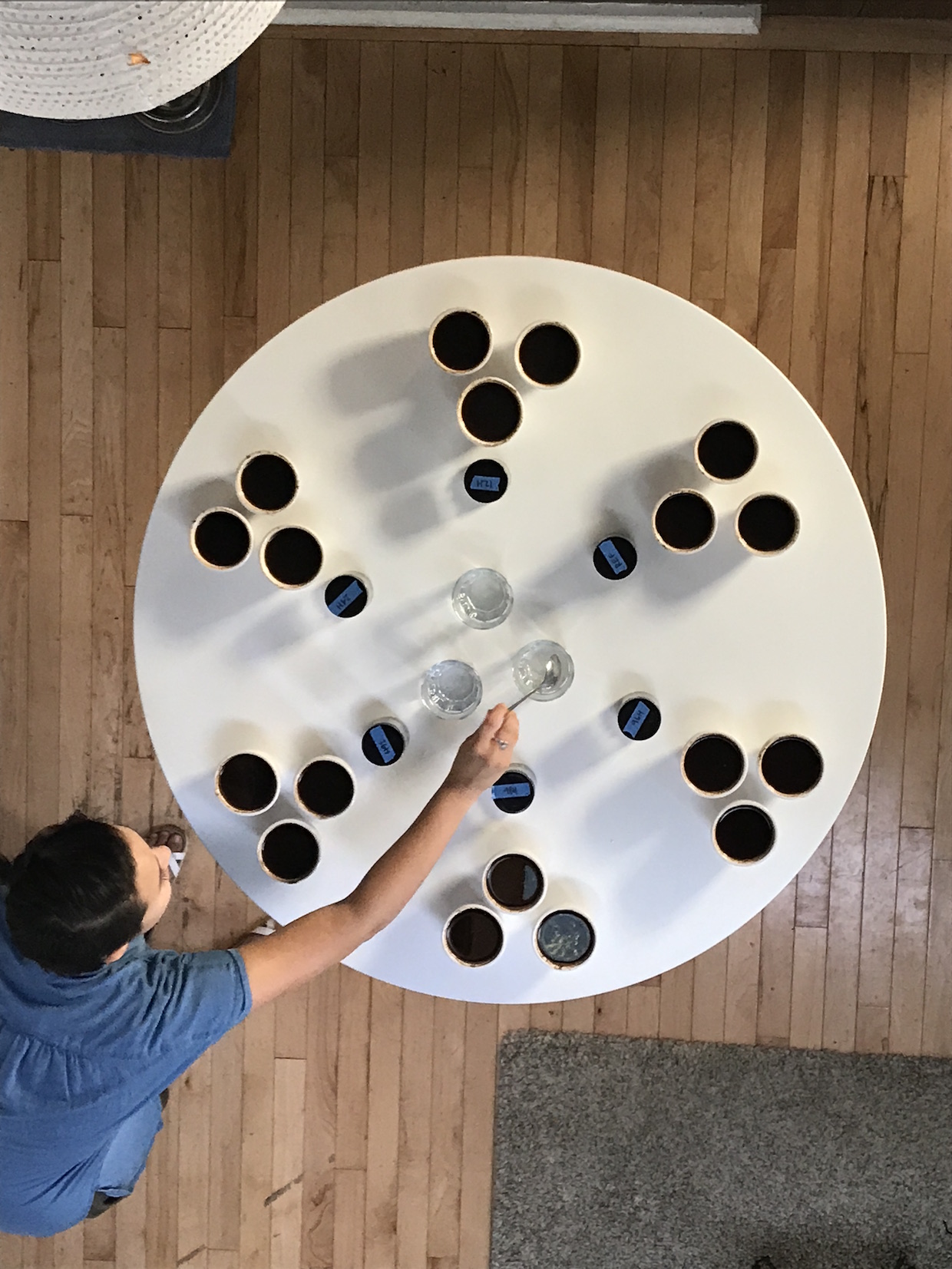 As Solis continues in her coffee adventures, one particular place of origin that has already captured her heart is Oaxaca, Mexico. Said Solis, “Usually you have to pick between wine and coffee… and Mexico is a fascinating intersection that’s close enough to the equator to do both.”

Rwanda also harbors a special place in Solis’s heart, thanks to the memory of a cup of coffee she drank there that took her by surprise in the way it perfectly emphasized the dual importance of production and processing.

“I was with another green buyer in Rwanda. We stopped on the side of a road to get breakfast and ended up at a dumpy hotel [that] offered an unassuming carafe of coffee. We were exhausted, and I just poured this batch brewed coffee in my cup, with zero expectations. The coffee was quite fruity, well bodied, and integrated. It was the best thing I’d ever tasted. It was badly brewed, pre-ground, and probably months old. Everything was working against it, but it was so well grown.” 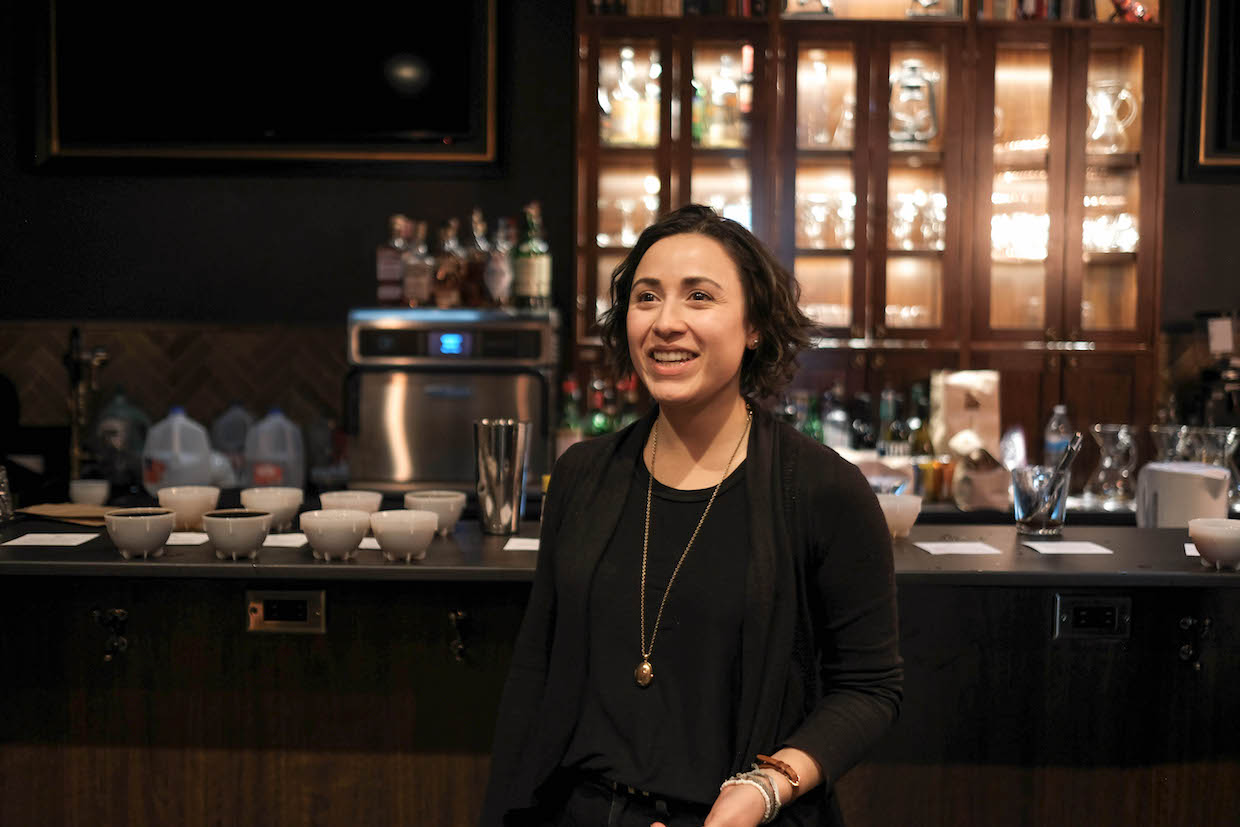 For Solis, this was a reminder that all the coffee theatrics in the world can’t compensate for bad fruit. In other words, no matter how nuanced we may become in our language, roasting and brewing of coffee, we’re not smarter than nature.

When asked where the future of the coffee industry lies, Solis sees a wealth of opportunity for coffee producers in the virtual world — where growers and processors can communicate more directly with buyers to better understand the markets that they hope to reach.

“With this advancement, producers will be able to directly communicate with consumers, and the roles of importers will begin to shift from gatekeeper to mechanics,” said Solis.

Solis recently co-hosted a presentation that ran for three days in Boston in conjunction with the 2019 SCA Expo, and she plans to host a follow-up event at World of Coffee in Berlin in June. She’s also looking forward to a bit of break at some point, to focus, as she put it, “on finding some passions outside of work and on some much needed me-time.”

Naima Karp
Naima is a a New York City native, and currently resides in Toronto, Canada. She’s been writing for nearly a decade on all things related to empowerment, relationships, fashion and lifestyle.

Oh yea…. if nature is so smart, why hasn’t a coffee bean ever roasted a human?

Thanks for this informative, well-written, and very interesting article. The term “fermentation” has remained mysterious for me as it sometimes seems that no fermetnation occurs, and I wondered whether it was a misnomer, describing a process simply of soaking to remove mucilage. From your article, and Lucia’s comments, I see that it is more dynamic than that.

I’ve also wondered at some folks aversion to naturally-processed coffees, citing lesser quality than fully washed coffees. I’ve not verified this opinion in my own experience at all, but keep it on file as a possibility in my memory.

My partner is from Brazil and also hadn’t really paid attention to coffee during her youth, even though it was all around her. As an amateur roaster and barista, I re-introduced her to coffee and she’s now an enthusiastic fan, though she complains that now she can’t drink coffee that’s been badly roasted or poorly brewed, to which I plead a cheerful mea culpa.