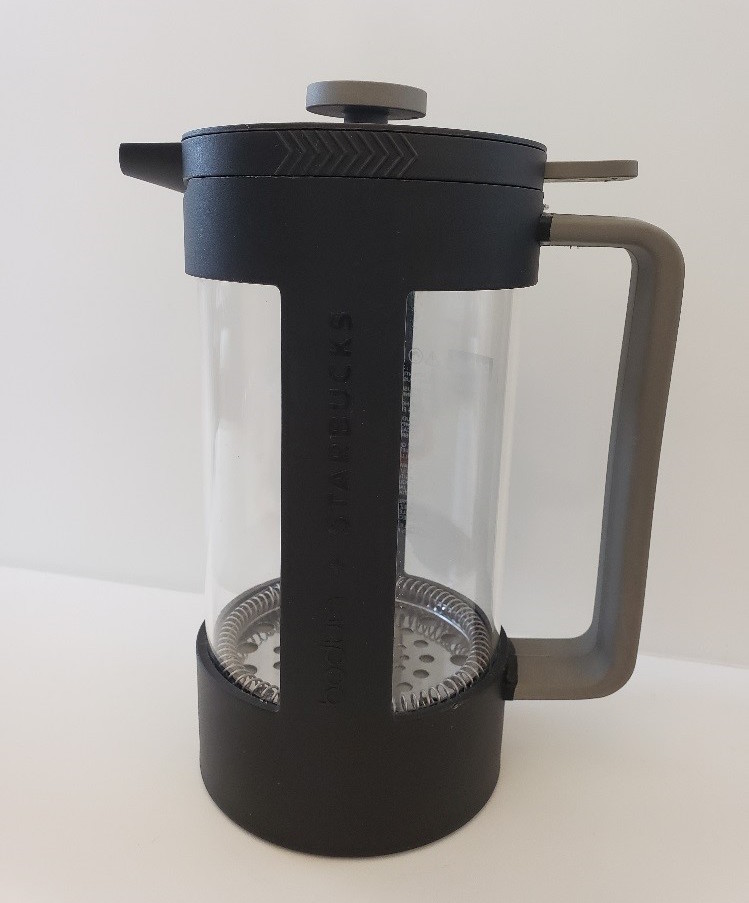 Starbucks published the recall of the “Recycled Coffee Presses” on its own website and through the United States Consumer Product Safety Commission website on May 1, warning that the company had received nine reports of the press plungers breaking, resulting in nine lacerations or puncture injuries in the U.S. and Canada.

In a lawsuit filed nine days later in the Southern District of New York U.S. District Court, Bodum said Starbucks acted unilaterally in issuing the recall of the co-branded product, and that it has damaged the reputation of Bodum and its products worldwide. The company also argues that Starbucks intentionally provided “false information” in the recall designed to circumvent exclusivity provisions between the two companies, and to avoid paying for existing and future purchase orders.

It later adds, “the false information has also negatively impacted the reputation of the quality of Bodum’s products, a reputation that Bodum has spent years building.”

Bodum and Starbucks have maintained a purchasing agreement for the purpose of selling Bodum equipment in Starbucks stores since 2002. In 2015, the two companies began work on a French press-style coffee maker that would be composed partially of recycled materials and sold exclusively through Starbucks while bearing both the Bodum and Starbucks brands, according to Bodum’s complaint.

In its recall, Starbucks said approximately 266,200 units of the Recycled French Press were sold between November of 2016 through January of 2019 for about $20 each. The company said consumers had reported the knob breaking to expose the metal rod of the plunger.

In its lawsuit, Bodum said the company urged Starbucks against moving forward with the press’s flat-shaped knob during the development and design stages in favor of a round knob. “Starbucks did not agree, and specifically demanded that a flat knob be used,” the suit alleges.

After being contacted by Starbucks representatives regarding the potential defect of the product, Bodum said it hired a third party for extensive testing, and deemed it “premature to conclude that a recall was necessary or appropriate,” according to the lawsuit.

Bodum is now claiming that Starbucks initiated the recall in part to “repair a relationship with the CSPC.”

“On more than one conference call between January and March 2019, Starbucks’s in-house counsel stated that the company was particularly sensitive to recall issues and did not want to delay the initiation of a voluntary recall because Starbucks had paid significant fines in a prior recall involving its Teavana product,” Bodum alleges.

Bodum has also suggested that the recall was motivated by Starbucks’ desire to cancel existing orders, avoid obligations to pay for orders, and to circumvent “certain exclusivity provisions contained in other agreements between the parties,” the suit states.

This is not the first French-press-related legal battle in the long working relationship between Bodum and Starbucks. In 2007, Bodum Group’s U.S. wing, Bodum USA, sued Starbucks, alleging copyright infringement for a Starbucks-made French press while seeking $10 million in damages. The suit was eventually settled before being dismissed with prejudice approximately four months after it was filed, court records show.

Bodum also ought to be suing Amazon for Amazon’s ongoing and deliberate violation of Minimum Andvertised Pricing for Bodum products. Amazon will often list Bodum products as “sold by and shipped from Amazon”, meaning Amazon owns the product and offers it on their own site. They do so at such low prices no reseller purchasing directly from Bodum at their published wholesale pricing can sell them on Amazon at any margin at all, and even in retail settings getting any margin is difficult since Amazon will always have it at a price far below MAP. Bodum should sue Amazon for this clear violation of MAP policy, set by Bodum and agreed to by every reseller of Bodum products.

I’ve spoken to Bodum representatives from the New York headquarters, and they assured me they’d look into it… but nothing has changed. If a Bodum product can be had on Amazon for a deeply discounted price, why would anyone walk into a brick and mortar retailer and pay MAP? Simple. they do not.
Once Amazon set their greatlyh reduced price, other resellers on Amazon must either drop their prices or sit on the merchandise.

And Bodum has been informed of this and allows it to continue.

In sharp contrast, as Baratza entered the marketplace they found Amazon pulling the same stunt, lobwlling their grinders, and any retailers who had signed the MAP agreements were stuck.. either violate MAP or not sell because Mazon were so low in price. After some conversations with management at Baratza, we were told Baratza had informed Amazon “honour MAP or we will stop shipping to you”. Amazon didn’t and Baratza did. End of problem.

Bodum need to step up and do the same thing, perhaps also adding threats to Amazon for violating MAP for so many years, as they had to have agreed to to become distributors of Bodum products.

I find it funny that Bodum says it “urged Sbux not to use the flat topper” yet we bought a non Sbux branded french press from the store made with recycled materials just like the one is the images and it also has the flat topper, and guess what we have been super gluing it back on for over a year…. It is all black and with no grey and no Sbux branding so that leads me to believe Bodum made these on their own. I am still going to see if the bux will take it back though…

By far the best designed French press I’ve ever owned, and I wanted to buy more for Christmas presents. The warnings of how to use a french press properly are written on the product in white on the glass and include “Press Down Gently.”

It always takes a few idiots who probably ground their coffee too fine for a french press and tried to force it down and “lacerated their hand” (seriously…you cut your hand trying to push down a french press too hard!?) to ruin it for the rest of society.

There’s no way I’ll send this in for a recall – it’s awesome. I hope Bodum wins the lawsuit.