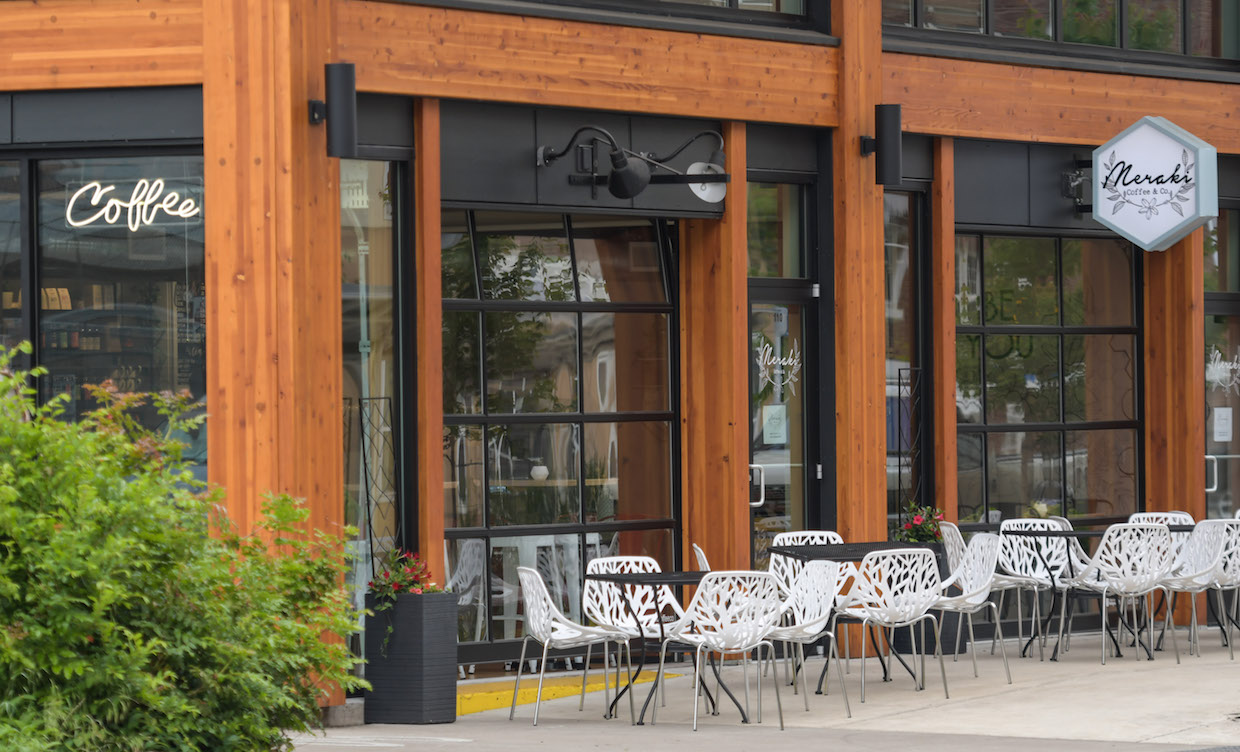 Alexandria Marchant has been putting a whole lot of herself into the new coffee shop she opened last winter in Eugene, Oregon, called Meraki Coffee & Co. Her passion is reflected not only in the comfort and quality of the place, but also in the name, which references a Greek word that very loosely translates to performing an action with creativity and soul.

“It’s hard to say exactly what I was going for with the design,” Marchant recently told Daily Coffee News. “I think I just combined all the things that I love and went for it: plants, bright colors, lots of honeycomb pattern, neon.” 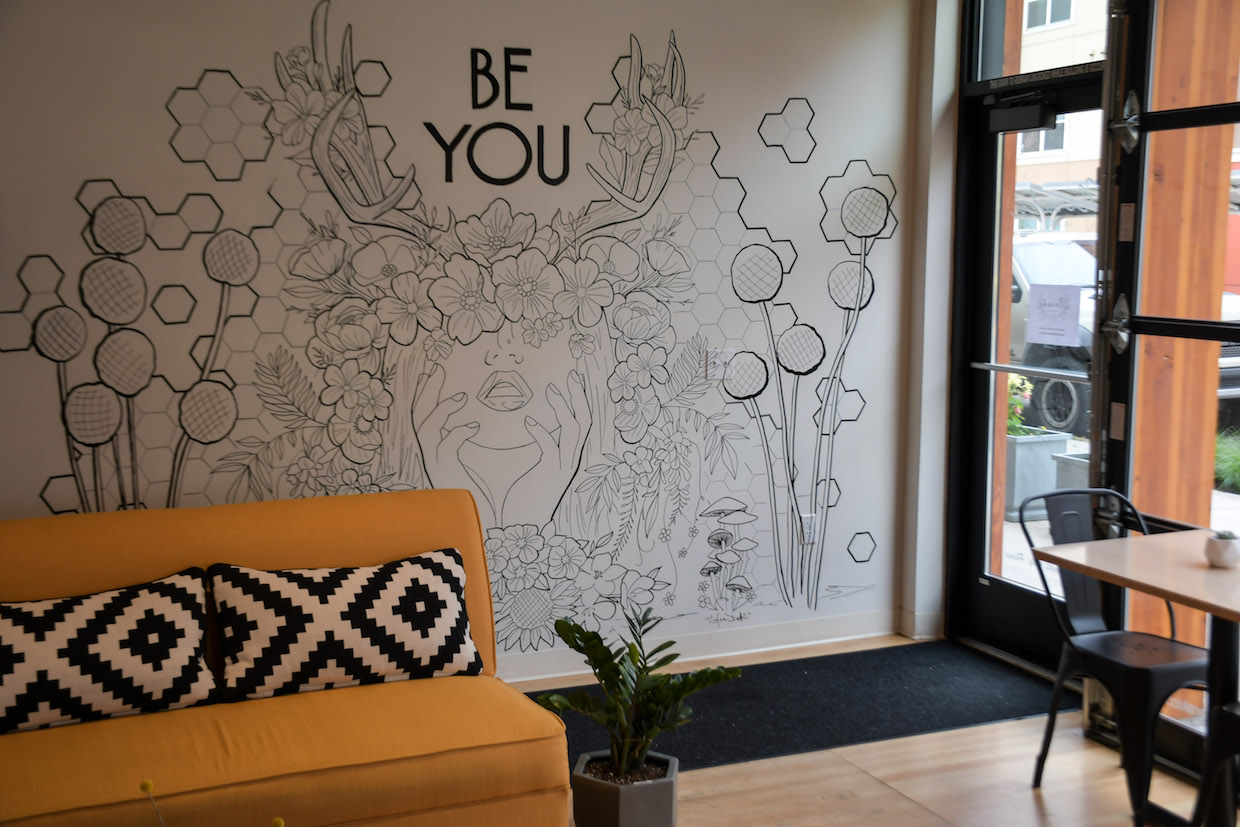 Marchant manages the shop she co-owns with her mother and a family friend, while her husband and sister also punch in. The close-knit group operates in the modern and cozy space augmented by mid-century-style furnishings and industrial design elements like the exposed beams and ductwork on the ceiling.

“One of my favorite parts is a large metal beam that runs through the middle of the ceiling,” said Marchant. “We still have the original floors, which aren’t lacking in wear and tear. But we also have a lot of bright, crisp and clean aspects.” 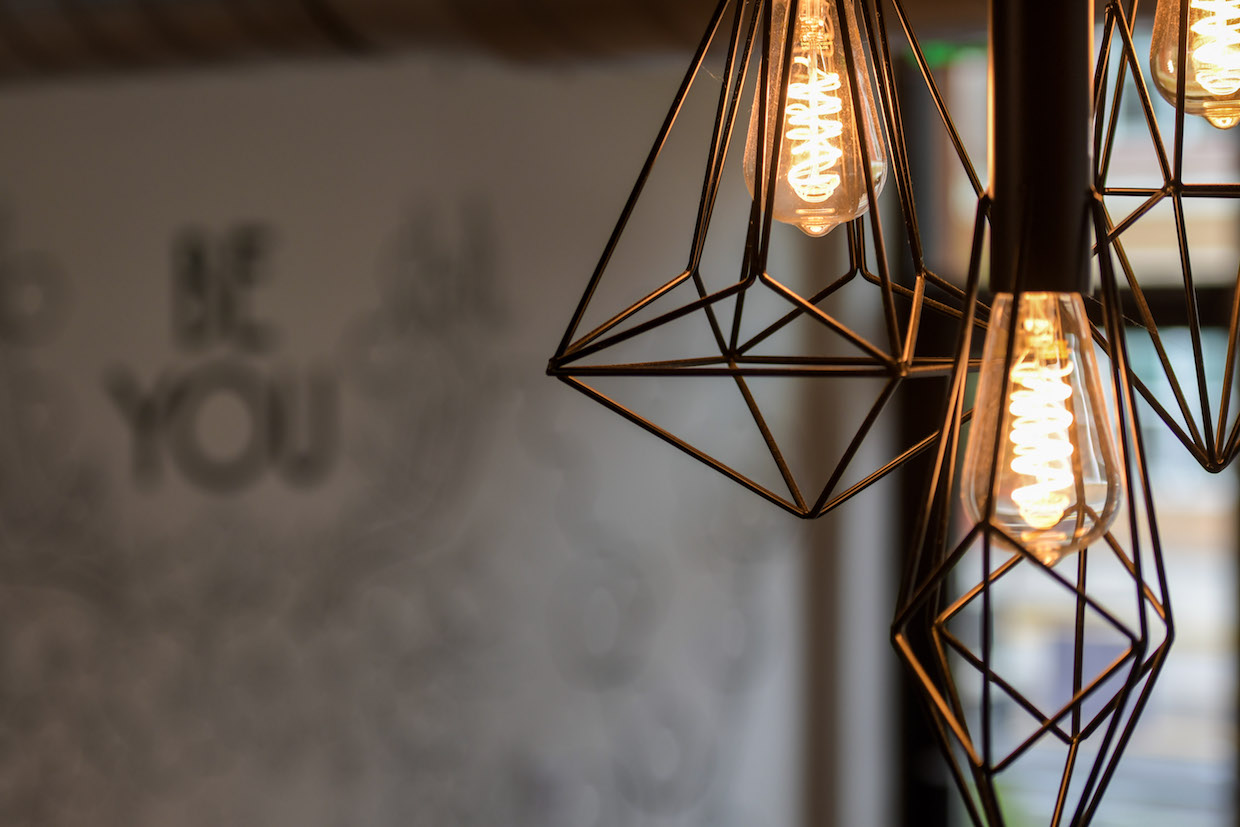 A plethora of plants and flowers from the florist next door keeps the space feeling fresh and lively, while colors and ideas leap from murals hand-painted by Marchant’s husband’s cousin, Curtis Duke, who also did the Meraki logo and works as a tattoo artist at local parlor Black Label. Duke’s art is illuminated naturally by the sun through a wall of windows and openable garage-bar doors.

Flowers, furniture and merchandise also echo a certain yellow that radiates from the the Conti espresso machine, which is paired atop the bar with an Italian Macap grinder. 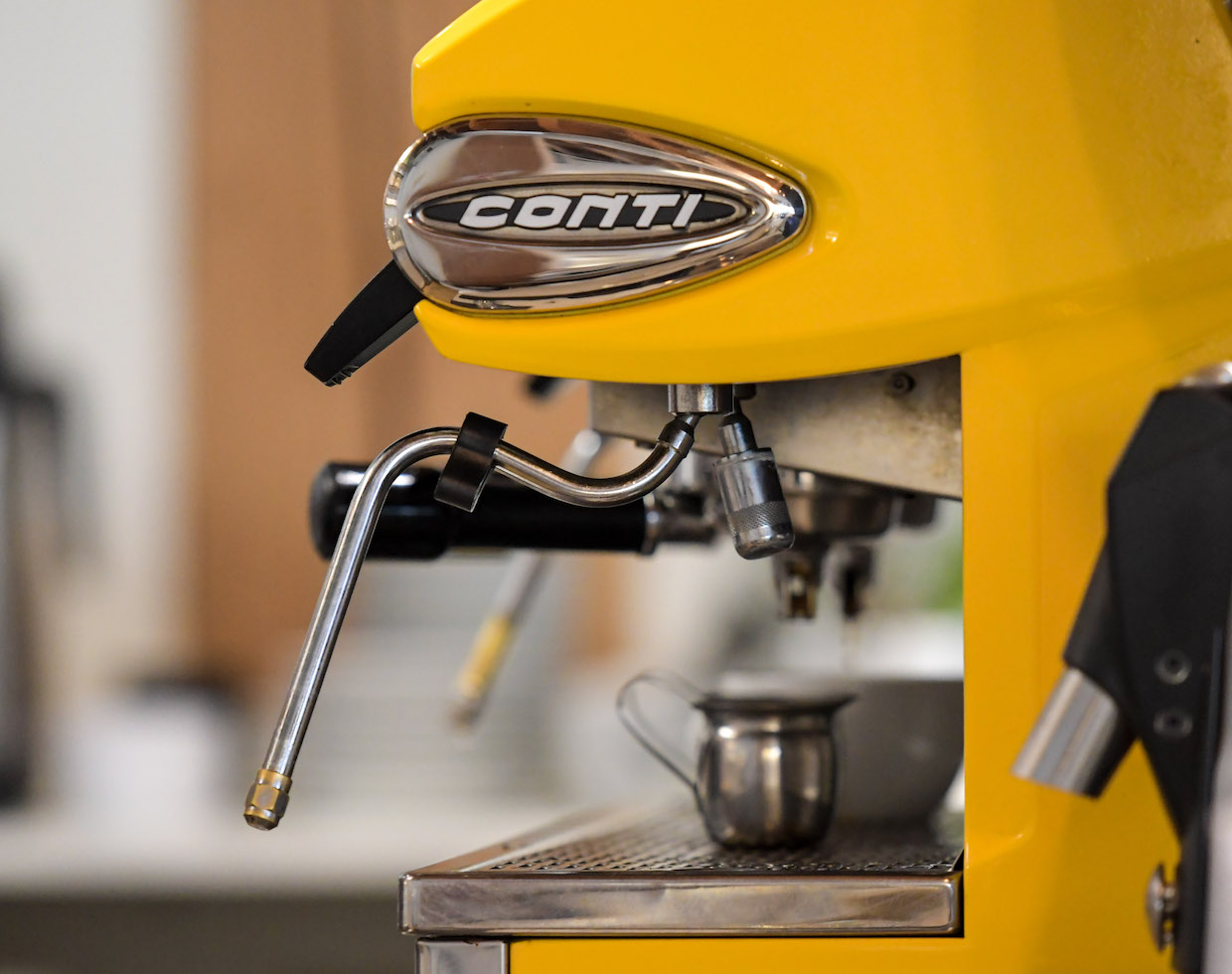 “The funny thing is that we didn’t exactly choose Conti, Conti chose us,” said Marchant. “I work at a popular restaurant in town, Sabai Cafe and Bar, and I’ve developed a special relationship with the owners as mentors and friends. They knew that this was my dream and they gave me the machine years back. We had it worked on and have been loving it ever since. It also doesn’t hurt that it’s bright yellow. It kind of set the stage for all of the yellow that we have in the shop.”

The Meraki Blend extractions performed on that Conti consists of beans from Colombia, Cameroon, Brazil and Vietnam, sourced, roasted and blended by Eugene-based Equiano Coffee to achieve notes of chocolate and raspberry. 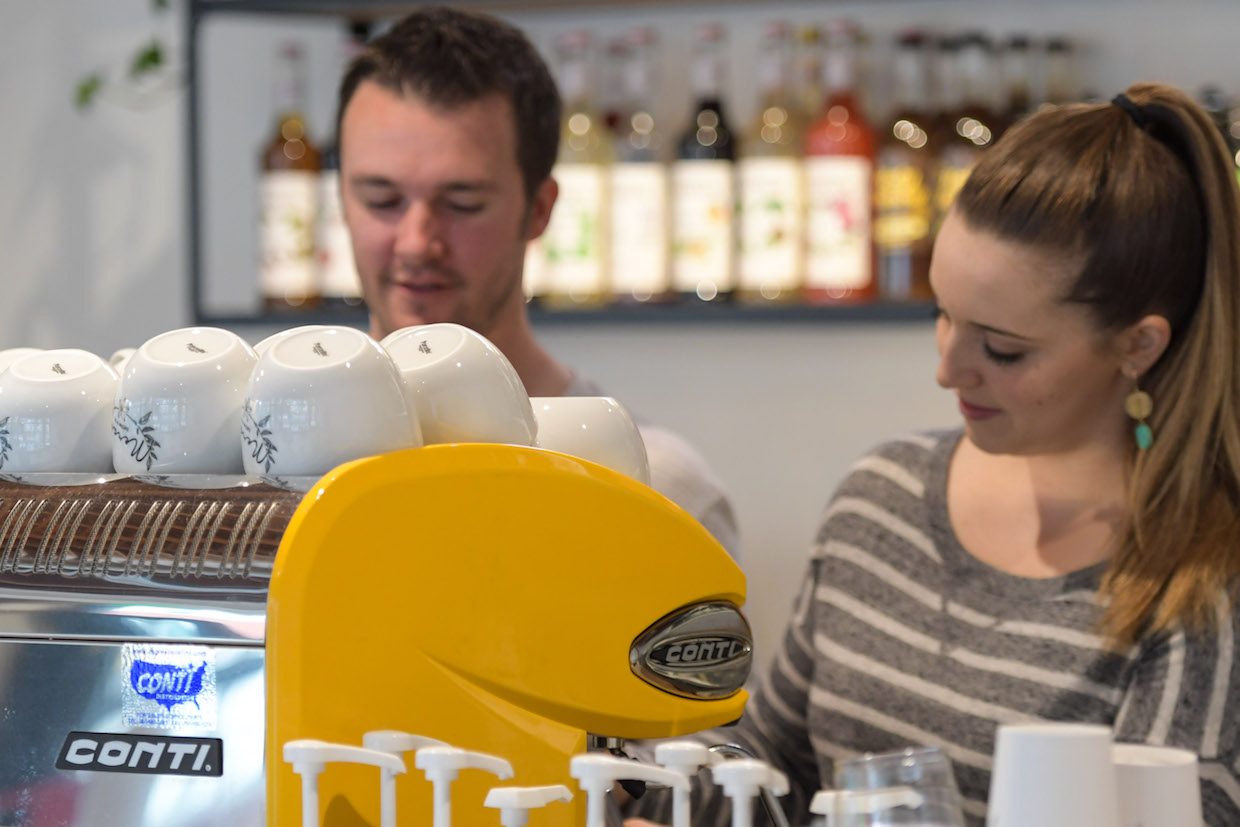 “We love our roast because we don’t have to hide it behind chocolates and sweeteners, but it also can work well with them,” said Marchant. “It’s hard not to love Equiano. Okon Udosenata, the owner and roaster, is extremely knowledgeable.”

“We also love Eric Pierce from Caffe Pacori, who is also the sole roaster and owner of his brand,” said Marchant. “He practices wood fire roasting. Using this method is supposed to make the coffee less acidic and easier on your system.” 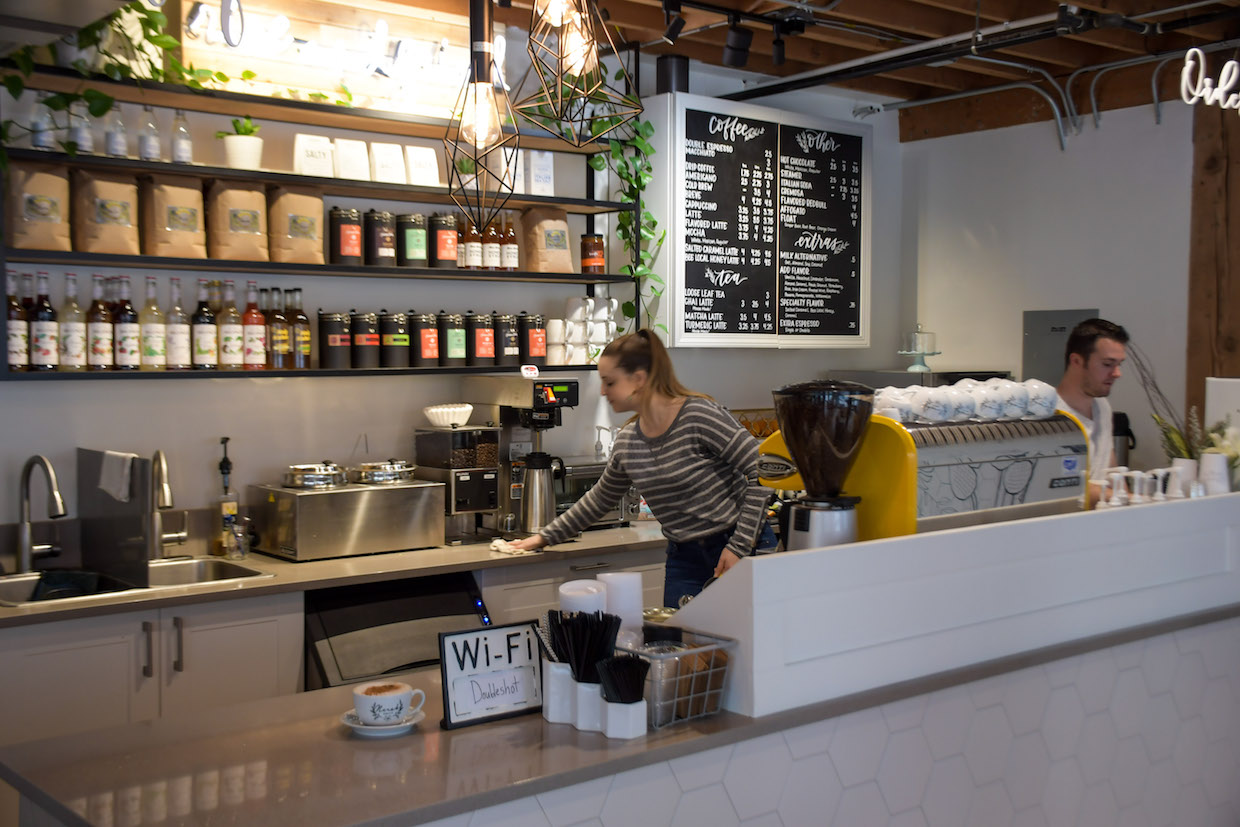 Sticking with these two companies is also ultimately easier on Meraki’s system, Marchant said, than her original concept of the shop shifting continuously from roaster to roaster in more of an ever-changing multiroaster program.

“We are a multiroaster; we currently use two roasters that are local to Eugene,” said Marchant. “We originally had the idea to have a guest roaster that we would cycle through every few months. However, I’m pretty sure we are just too close to our current roasters and don’t ever want them to leave. And our customers seem to really enjoy the coffee, so we have no intention of parting ways with either.” 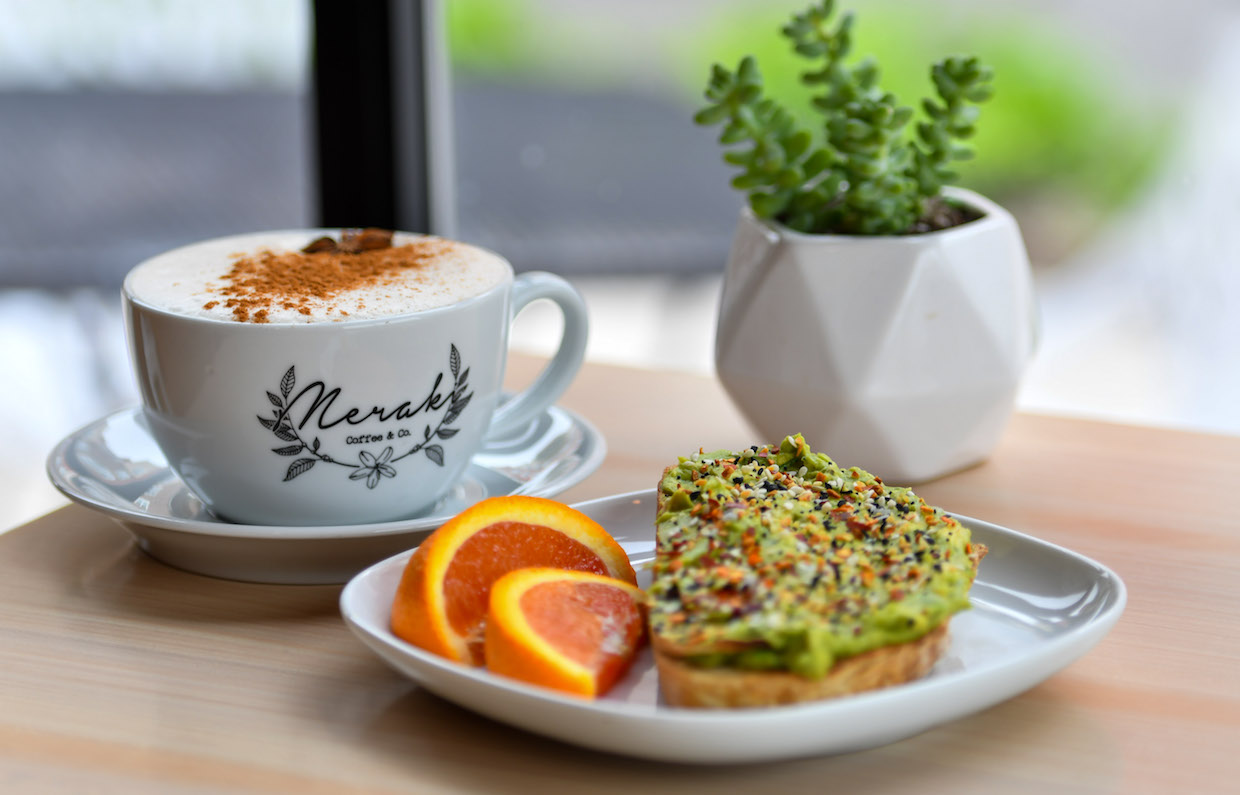 Roughly three months into her first positions of management and ownership, Marchant looks forward to cultivating the community of patrons and workers within it, adding new and creative elements as time goes by.

“I want to create specialty drinks, have fun baking more house-made items for the shop and continue to get to know the people that come in,” said Marchant. “It feels good to be a part of the day-to-day life of our local customers, and I want it to feel like a little community on its own.” 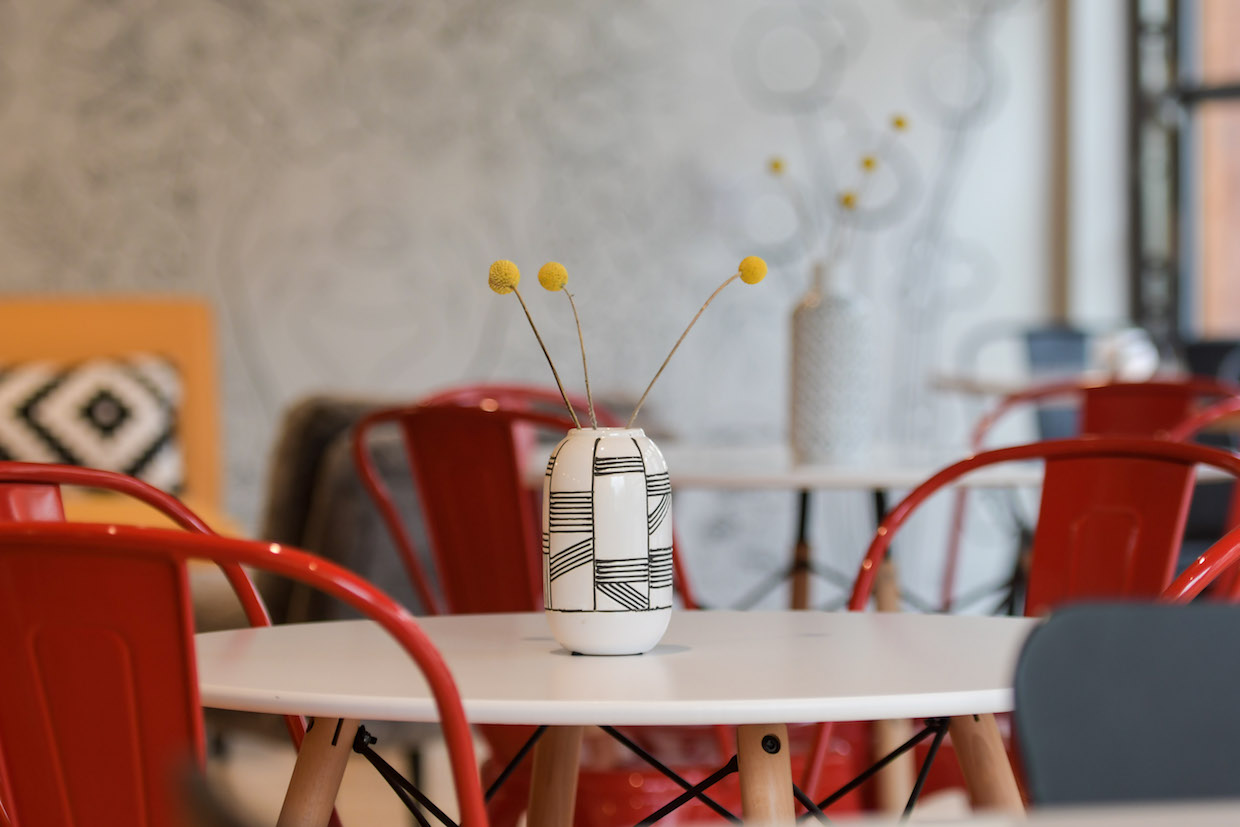