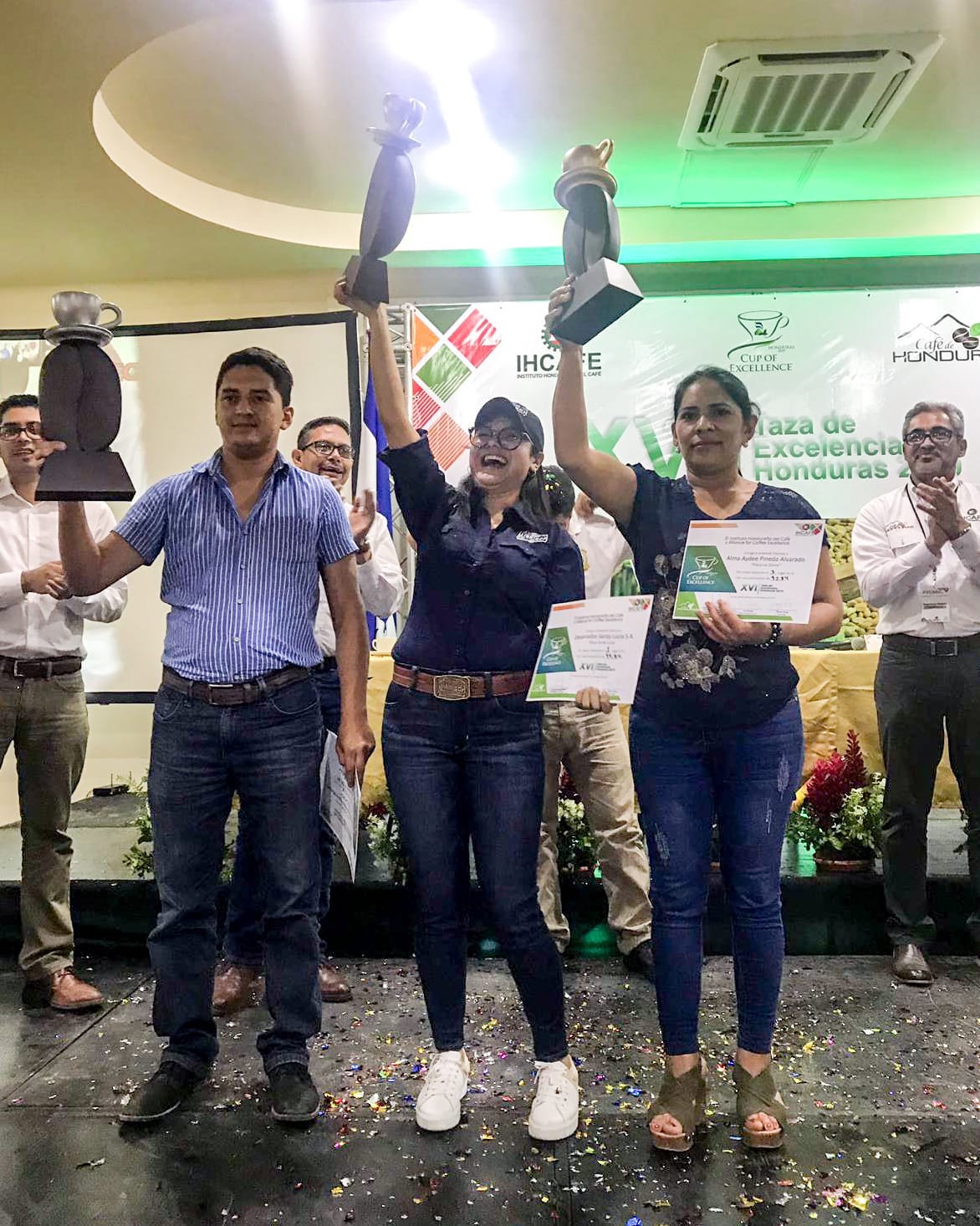 Photos courtesy of the Alliance for Coffee Excellence.

Those lots, plus 24 others — each scoring 87+ according to an international jury of professional cuppers — will be heading to auction on Thursday, July 11, with each of the top three lots being split to offer opportunities to more buyers.

The winning coffee, celebrated at a May 31 event at the Instituto Hondureño del Cafe (IHCAFE) research center in La Fe Ilama, Santa Bárbara, came from the network of the renowned group Fincas Mierisch. The washed Gesha from the Santa Luica farm in the Comayagua region scored 94.84, which represents the second highest score in the 16-year history of the competition in Honduras. It represents the first time Fincas Mierisch has reached first place in the CoE.

Producer Roger Antonio Dominguez Marquez in the La Paz region came in second place with a natual-process Catuai from the Las Flores farm that scored 92.25, while third place went to Aydee Pineda Alvarado for a washed-process Pacas lot from the La Sierra farm in Santa Barbara. 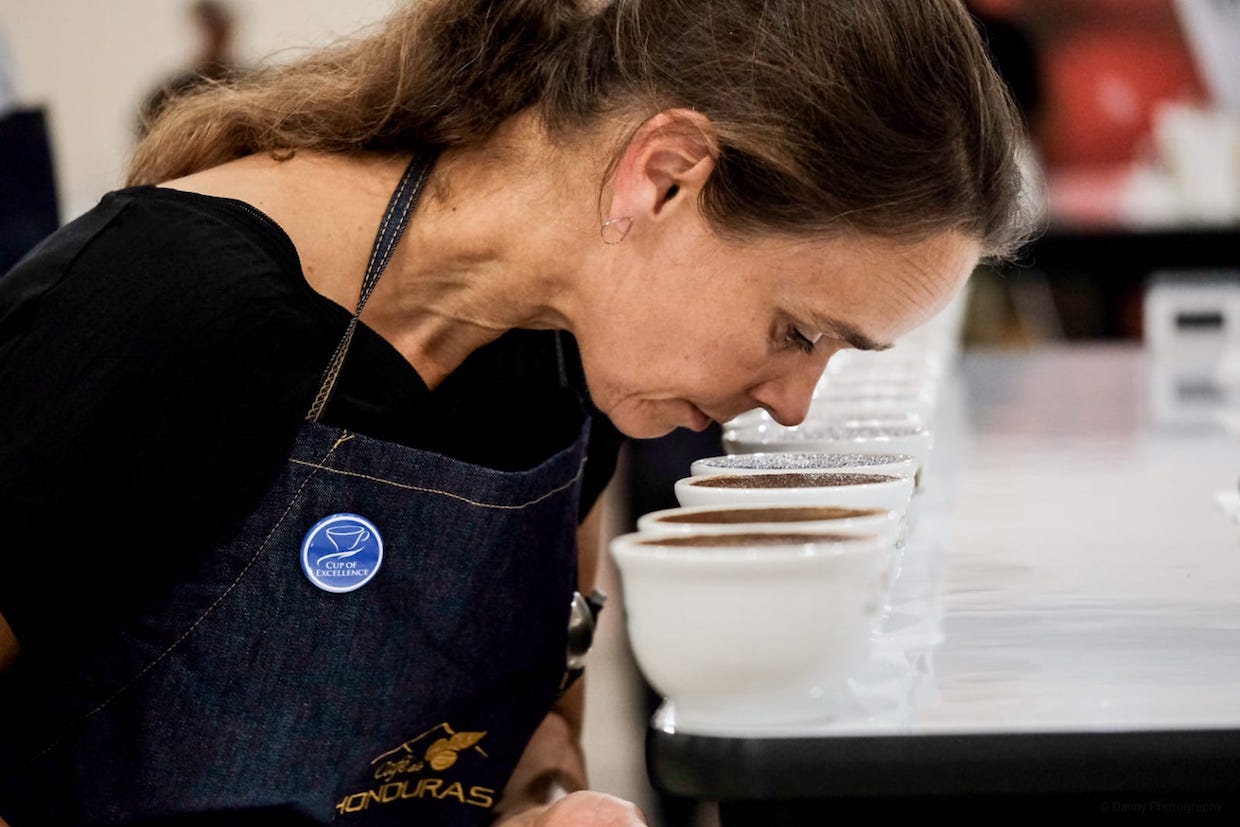 Sandra Hermsen of Simon Lévelt Coffee and Tea at the 2019 Honduras CoE.

“COE Honduras has been a great for me. I have never attended to a COE competition before and feel honored to have had the opportunity,” international judge Sandra Hermsen, from The Netherlands-based Simon Lévelt Coffee and Tea, said in an announcement from competition organizer the Aliance for Coffee Excellence. “I was amazed by the high quality and flavor complexity of the Honduran coffees. The international jury found several fruit flavors like peach, cherries, bergamot and tropical fruits, as well as floral notes and caramel. At times it was a carnival in our mouths with flavors that were competing with each other for attention.”

The full list of Honduras CoE winners will be available for the July auction. Other upcoming CoE auctions include El Salvador (June 13), Costa Rica (July 18) and Guatemala (July 25).

(Editor’s note. An earlier version of this story incorrectly stated that the winning coffee scored 98.84. The correct score was 94.84.)