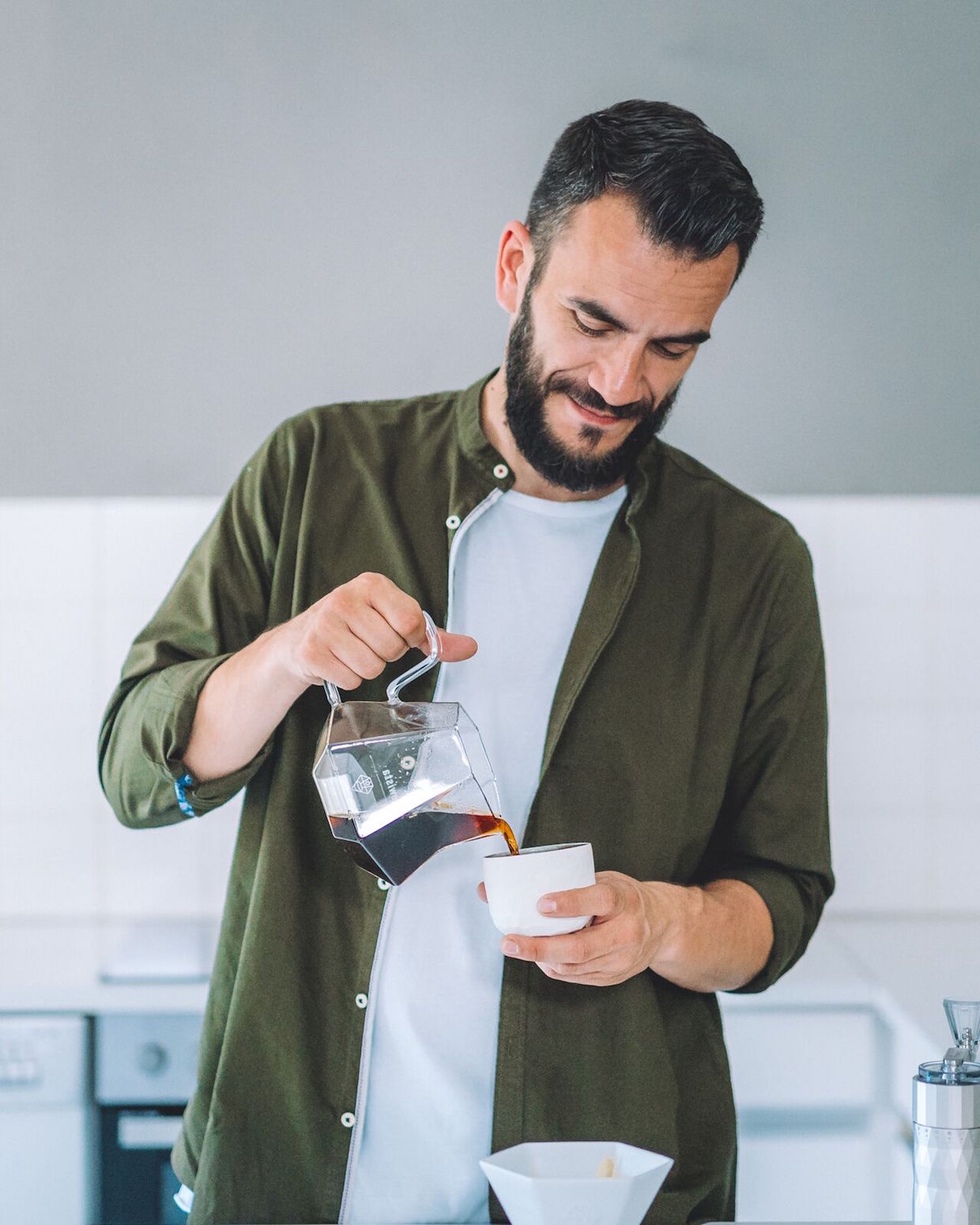 A Greek national barista champion many times over, the 2014 World Brewers Cup champion, a World Coffee Events Judge and authorized Specialty Coffee Association trainer (AST), Stefanos Domatiotis is one of the most recognizable figures in the barista game.

He also happens to know quite a bit about brewing coffee. This year, Domatiotis has taken his career to new places — namely entrepreneurship, product development and marketing — with the launch of the Gem Series manual pourover dripper and signature kettle.

The brewing device, which is entirely of Domatiotis’s design, has found a distribution partner in Asia with the United States-based equipment company Brewista — for whom the celebrity barista is a brand ambassador — while talks are currently underway with numerous resellers and distributors all over the world, according to Domatiotis. 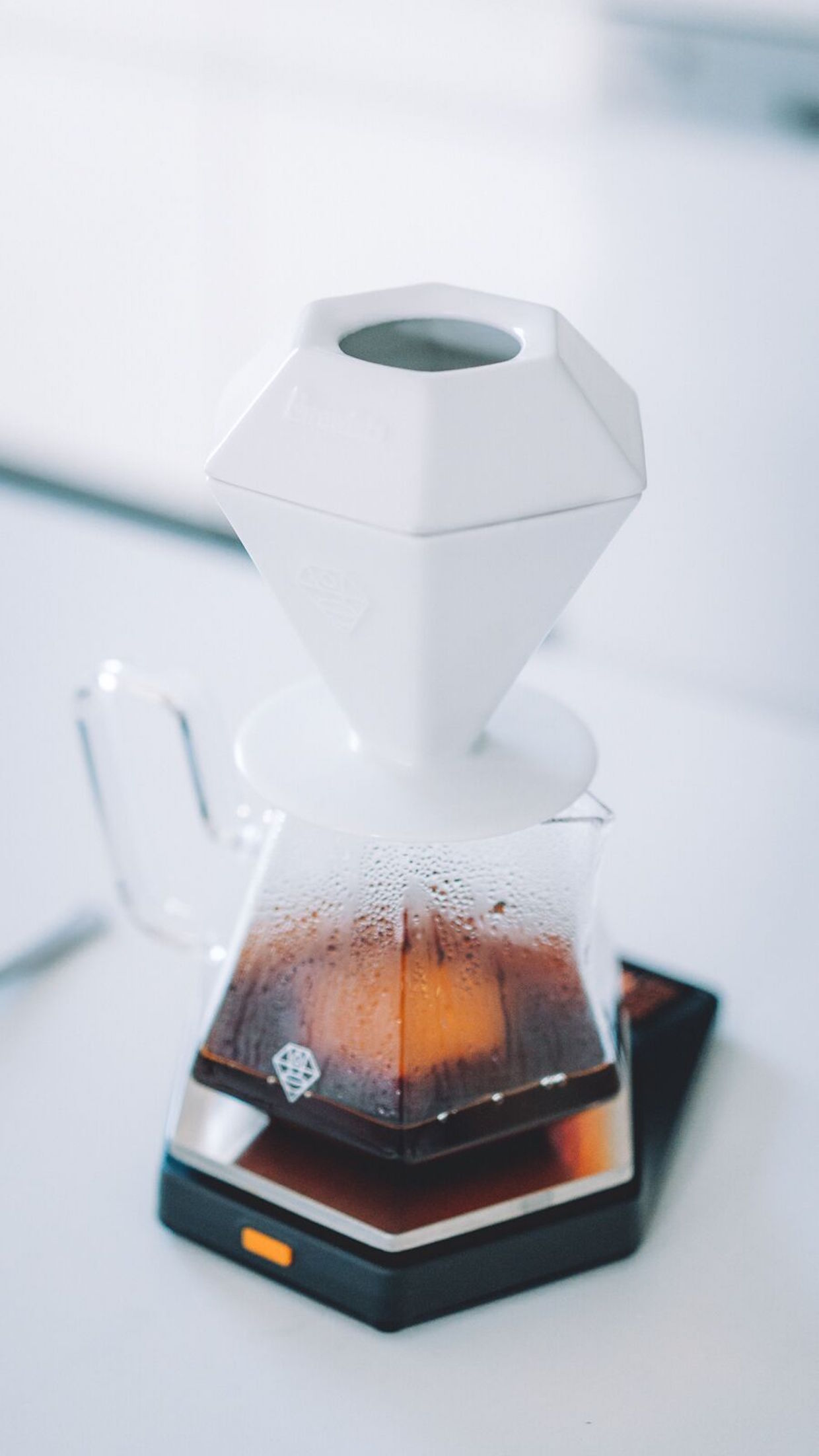 Despite Domatiotis’s singular control over the development of the Gem Series dripper, it is explicitly designed to create repeatable, consistent cups of clean, velvety mouthfeel coffee for users of all experience levels — not merely for world-class barista types.

“Wherever I was traveling… I couldn’t resist observing all sorts of people — coffee competitors, coffee professionals, baristas or consumers — making and drinking a brew. Pour-over has become increasingly popular, not only among coffee gurus, but also among consumers. People have fallen in love with brew and in all dimensions,” Domatiotis recently told Daily Coffee News via email. “The result hasn’t always been that good. Despite the fact that people were using great coffee beans, top class water, had amazing skills, enthusiasm and even some great devices that exist out there, the result was still a bit inconsistent. I was also seeing consumers who love brewing feel a bit intimidated from the result as they couldn’t have control over it.”

The fundamental solution to this issue addressed by the Gem Series design is a lid that is placed atop the brewer with a hole that naturally restricts the hot water pouring radius, resulting in a more consistent bloom phase and more even contact time through the brew cycle, while minimizing the common human error of imprecise pouring. 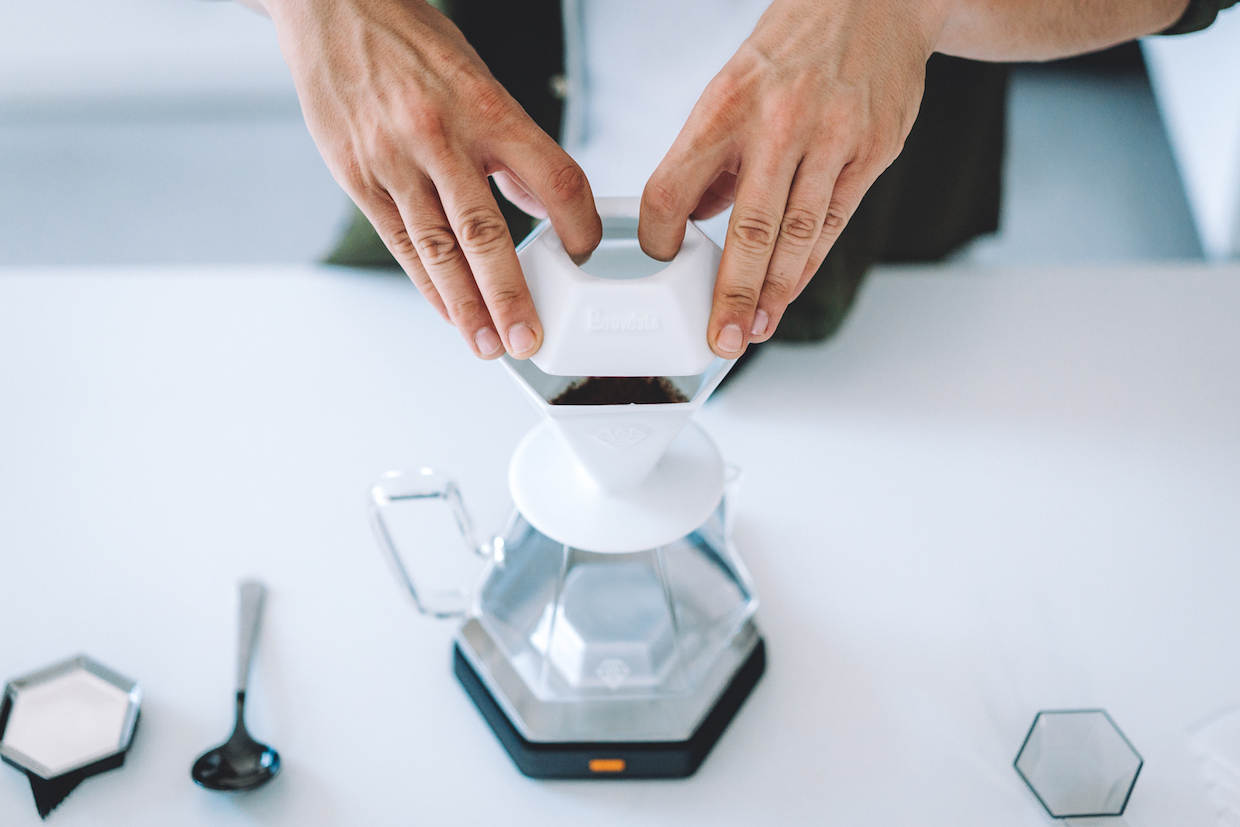 Additionally, a system of vertical and horizontal ribs on the brewer’s inner walls are designed to prevent solids from clumping at the bottom of the brew bed, while allowing water to flow consistently by separating the included paper filter from the inner walls.

“The 12 horizontal ribs are placed in the middle of the dripper to slow the water flow so it can contact the coffee for longer and carry away all its characteristics in a smooth way,” Domatiotis said. “At the bottom part, you can find the vertical ribs. The deeper vertical ribs go down to the hole as now we need the water with the coffee to exit faster, preventing over-extraction that will end up in bitter flavors.”

The ideal result, Domatiotis said, is a “sweeter brew with bright acidity.”

The brewer’s lid is also what gives the device its diamond shape, a style point reinforced with the Gem Series name. Domatiotis said he fully embraces positive associations with diamonds, such as illumination, purity and perfection, but there’s also a sensory element to the dripper’s aesthetics.

“As color appears to represent a particularly good example of a cognitive-based influence on multi-sensory flavor perception, I had to pick white,” Domatiotis said. “White stimulates clarity, purity, simplicity and hope.” 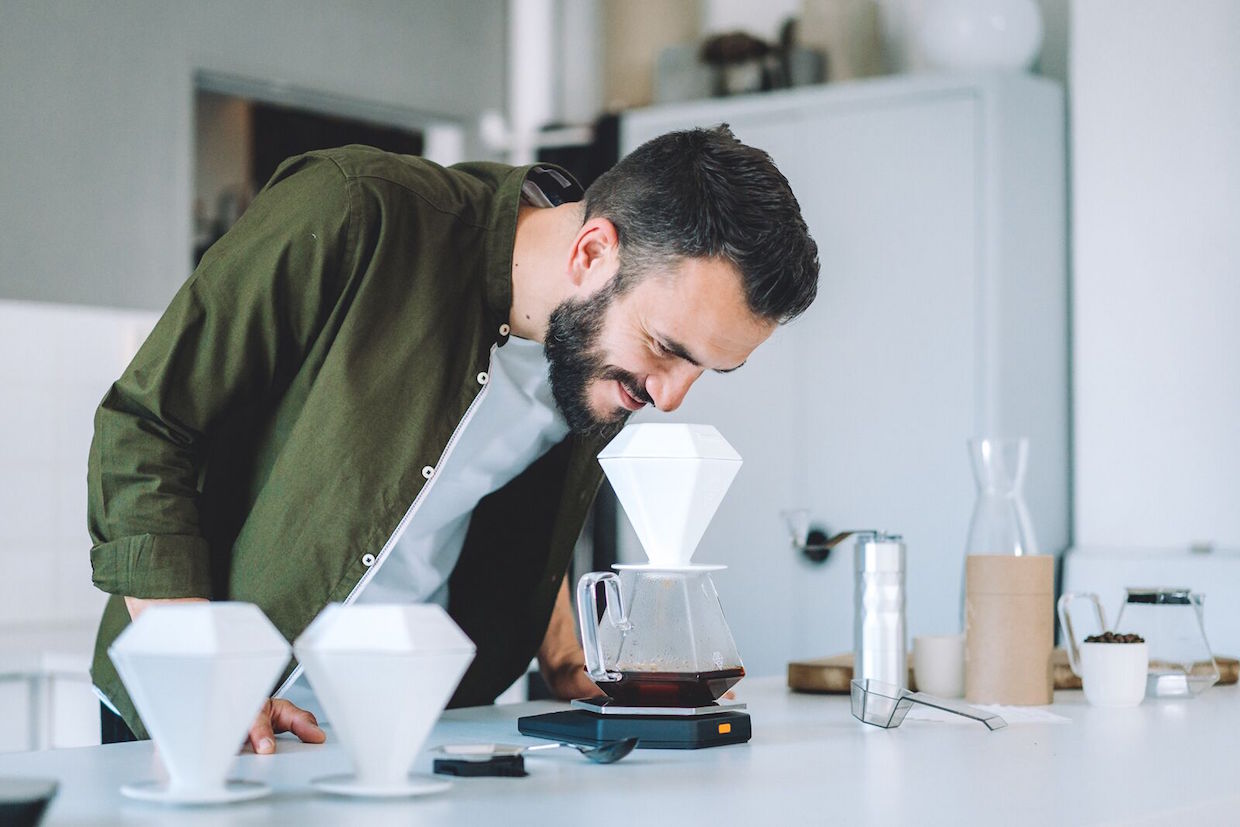 Domatiotis has been slowly rolling out the Gem Series brewer and its similarly shaped glass carafe at various trade shows and industry events since its debut at a sold out event at the Hotelex 2019 show in Shanghai in April. It is currently available online in Asia through Brewista and in Greece through Taf Coffee. Domatiotis said he will be announcing availability in different markets in the coming weeks at on Instagram and elsewhere through his socials.

“I have lots of ideas on how we can incorporate more products under the Gem Series umbrella, offering the best brewing experience out there,” Domatiotis said. “I just need to see people’s reactions on Gem Series dripper, listen to their feedback and evolve the product accordingly.”