Baratza Founders Reflect on 20 Years of Redefining the Grind 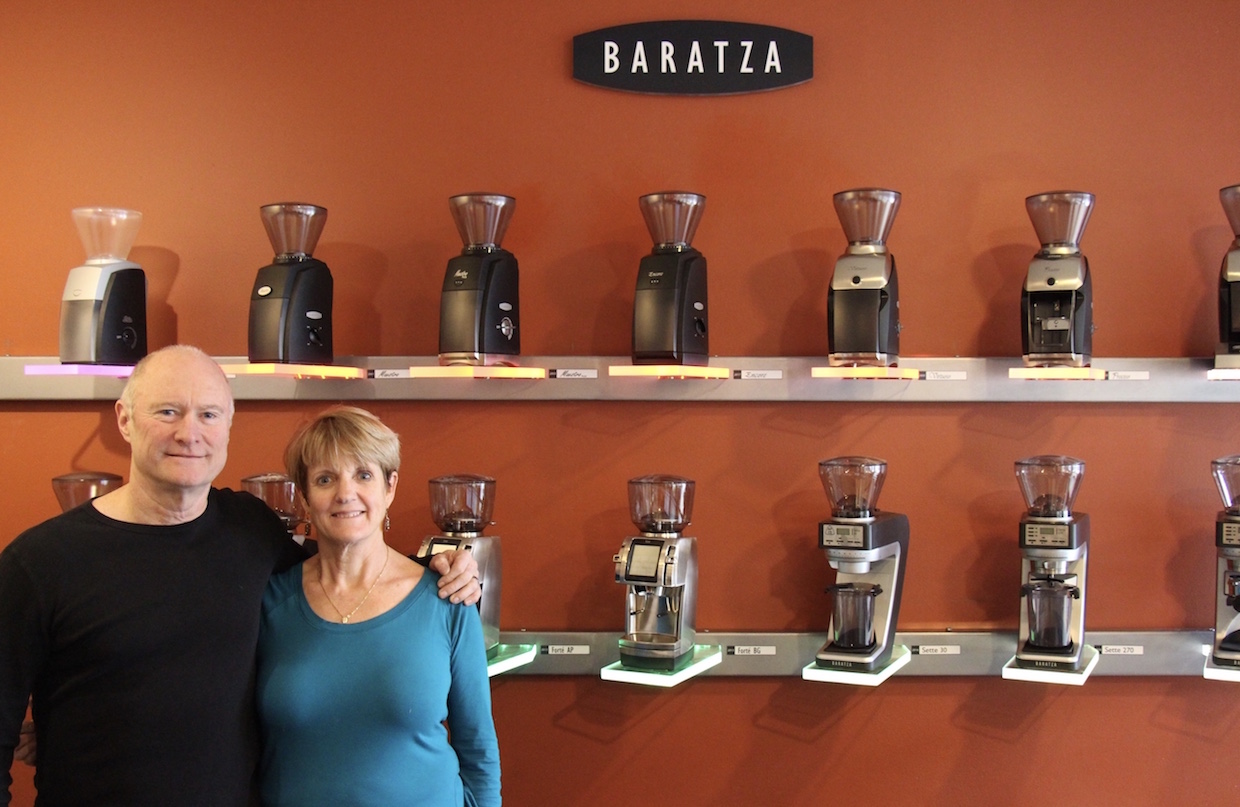 Now a household name among home coffee connoisseurs and professional coffee people alike, Baratza may never have existed if not for a non-compete clause signed more than two decades ago.

Baratza Co-Founder and Head Engineer Kyle Anderson was leaving Acorto (now known as Concordia), the super-automatic commercial espresso machine company he founded nine years earlier in 1990, when he signed a deal that allowed him to remain in the coffee equipment game, so long as it was in the home segment.

Fast forward 20 years and Baratza is a go-to brand in coffee grinding equipment, thanks to two decades of technological innovation, a measured approach to business growth, remarkably effective customer service and product support, and a steadfast devotion to the niche high-end-home/low-volume-cafe burr grinder market.

“Innovation is messy, and we’ve been on the bleeding edge,” Anderson told Daily Coffee News earlier this year in an interview along with Baratza Co-Founder Kyra Kennedy. “Most companies are too smart for that. We’re not.” 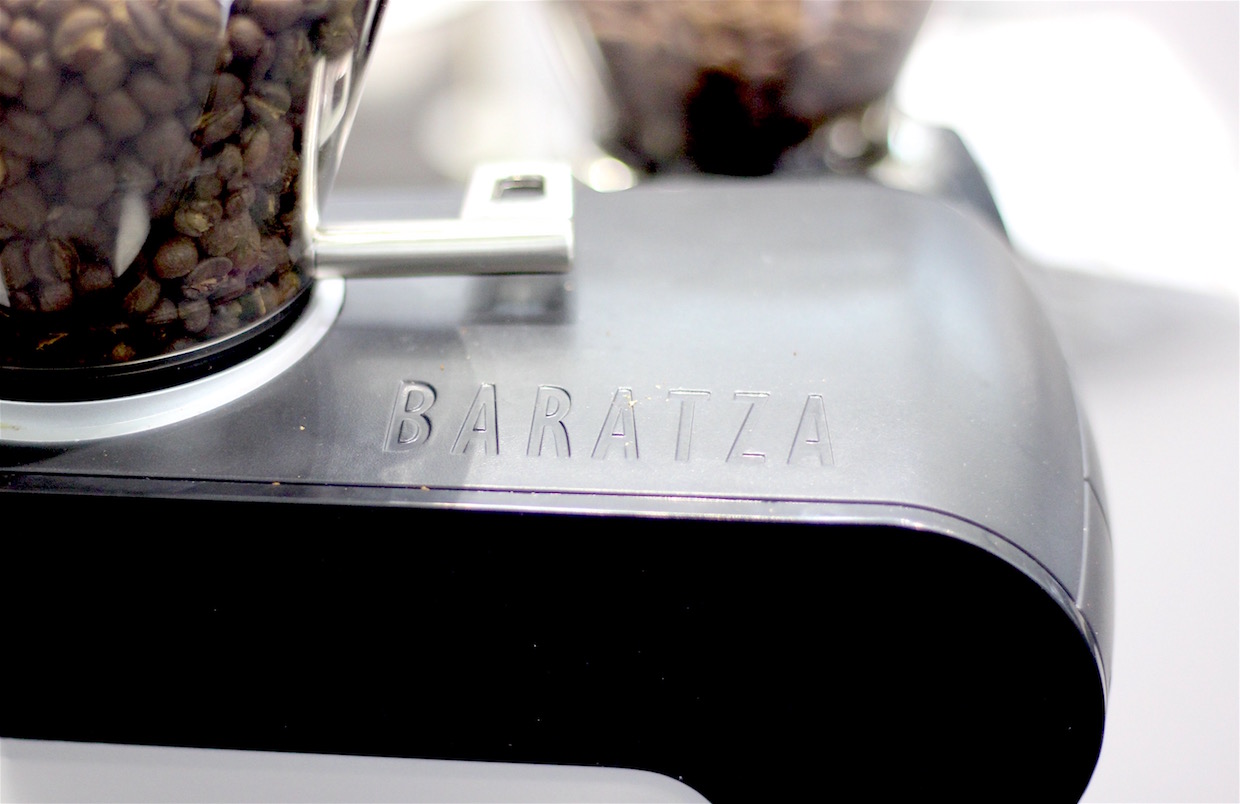 Anderson’s “aw shucks” demeanor belies a shrewd business sense that he and Kennedy have applied to the coffee industry. With manufacturing taking place with the same partner in Taiwan since 2001, Anderson and Kennedy maintain a 50/50 split of the business, with Anderson based in Bellevue, Washington, and Kennedy based in the San Francisco Bay Area.

Baratza itself sits at one critically important location: the intersection of the specialty coffee industry and the home consumer market. Kennedy recalls a Specialty Coffee Association of America expo around the middle/late part of the last decade, as the Third Wave movement was beginning to come into its own and manual brewing began to take off in commercial settings.

“We went to a show, we walked in the door, and our grinders were everywhere,” Kennedy told DCN. “We were in a great place at a great time, with a product that worked for that manual brew. We look back at that and really appreciate that it has always been the baristas and the roasters who really built the Baratza brand.” 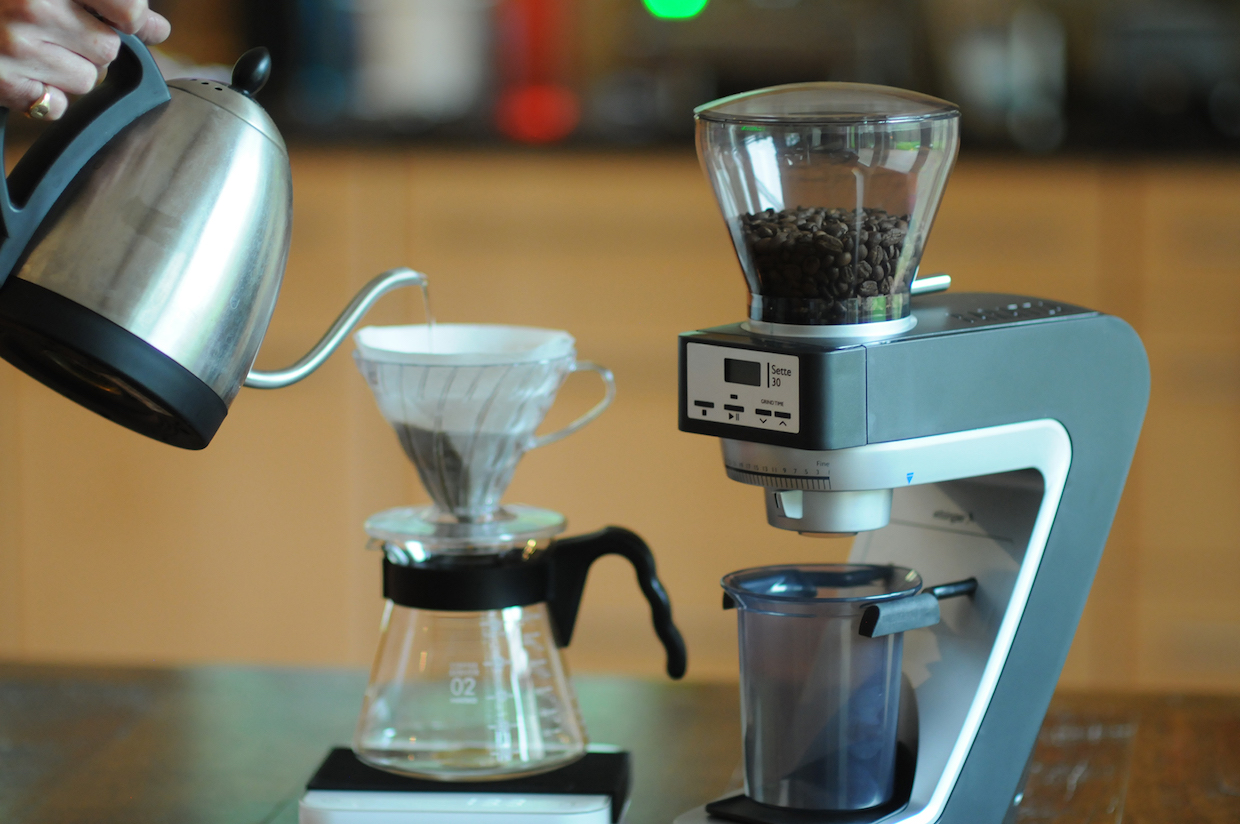 Technically, the Baratza name wasn’t affixed to any grinders until the company was six years old. At first, Anderson and Kennedy were determined to import and sell Saeco home espresso machines. Yet it was the popularity of a high-end home grinder, Model 166 by the Swiss manufacturer Solis, that changed the company’s direction.

“We started selling them and the grinder took off, even though the two of us thought a $129 grinder was too expensive for a grinder at that time,” Anderson said. Starbucks eventually laid claim to the Solis 166, so Anderson began to develop a product of Baratza’s own.

“Kyle stared working on taking the guts of that grinder and making some changes that would allow us some more flexibility, finer to coarser so you could actually use it for espresso,” Kennedy said, noting that the result was the Solis Maestro, which eventually formed the silhouette for Baratza’s renowned entry-level Encore model.

The first grinder under the Baratza name was the Virtuoso, which has been a workhorse for the brand since its introduction in 2006. Notably, the Virtuoso received its first major upgrade earlier this year, becoming the Virtuoso+ with the introduction of a 40-second digital timer that allows users to adjust dosage times to the 10th of a second. 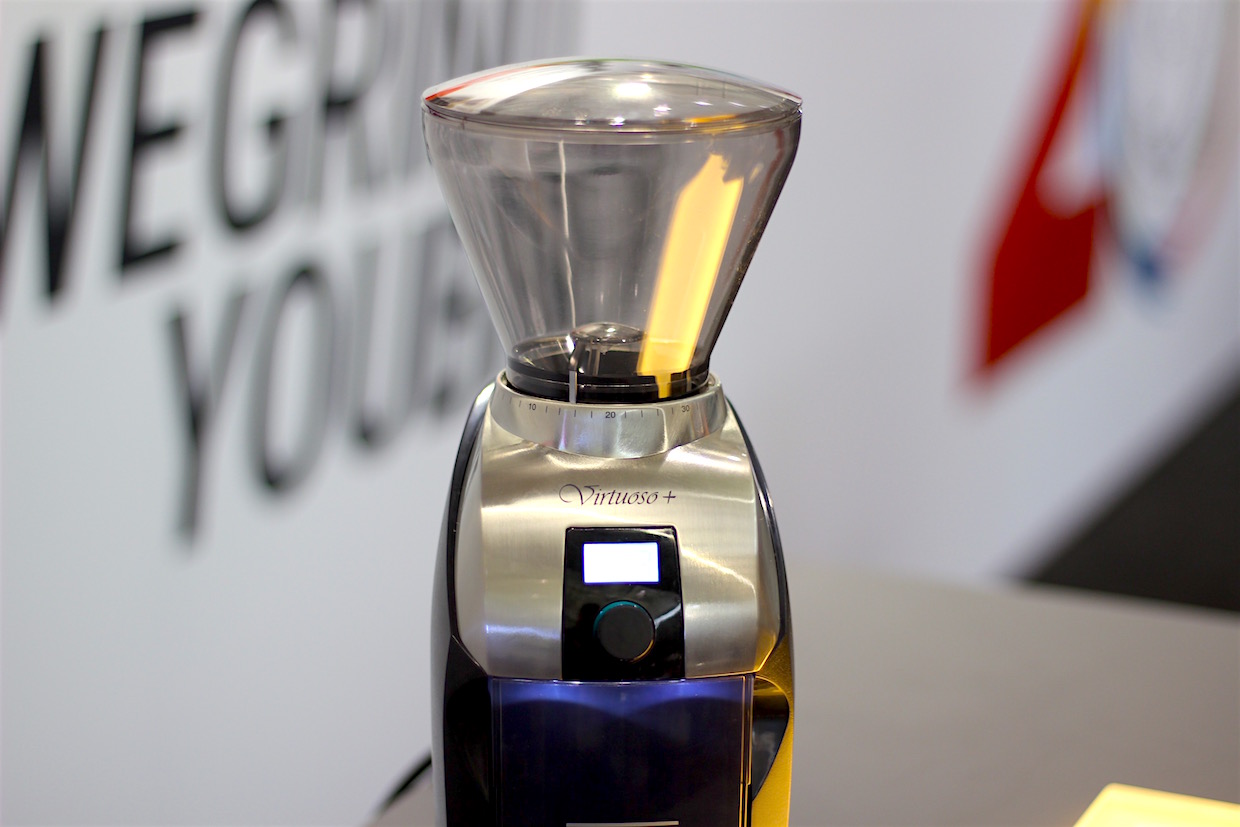 More grinders followed the Virtuoso. 2008 saw the introduction of the Vario, a small-footprint espresso specialist with flat ceramic burrs. In 2010 came the Preciso, with conical burrs and a micro adjustment system. In 2011, the company brought the industry’s first grind-by-weight technology to market in two existing models. Designed as a small-footprint solution for low-volume cafes, the Forté launched in 2013. And in 2016 came the launch of the Sette model, which DCN declared at the time as offering “one rotating ring to rule them all.”

“Every part of our company is designed to fit within the specialty coffee world, which is selling to small companies,” Anderson said. “It’s really about who our main customer is; it’s the little guy. If some big guys come buy from us, they’re buying off the same product sheet.”

From humble beginnings as a two-person reselling operation, Baratza has managed to navigate a wholesale and resale market that has been dramatically altered over the past 20 years by the proliferation of internet shopping and major players such as Amazon. The company now makes about 150,000 grinders annually while employing a team of about 20 people. The question now is not whether Baratza can grow, but how.

“I didn’t think our company would ever grow to this size,” Kennedy said. “It grew pretty slowly for the first 10 years, and it’s been a real wild ride for the last eight years. I would guess in two years our international business will match our U.S. business. I still think of us as a beginner company because it feels like every day is a new opportunity, a new problem to solve, a new customer to get to know. It’s a lot of fun.”

Despite the fact that their non-compete clause is ancient history, Anderson and Kennedy have no intention of getting into the high-volume commercial grinder game.

“Historically there’s been damn little innovation on the professional side of coffee grinders, because the quality has been there,” Anderson said. “There are lots and lots of companies that make $1,000-plus grinders that make damn good coffee. Could we play there? Yes, but we don’t think that’s underserved, so we don’t mess around in their sandbox. And because of that we have good relationships with them… We don’t compete for price; we don’t compete for counter space.”

In fact, the Baratza founders are doubling down on the consumer market, where they are seeing new and renewed potential for growth among people seeking to elevate their home coffee experience. 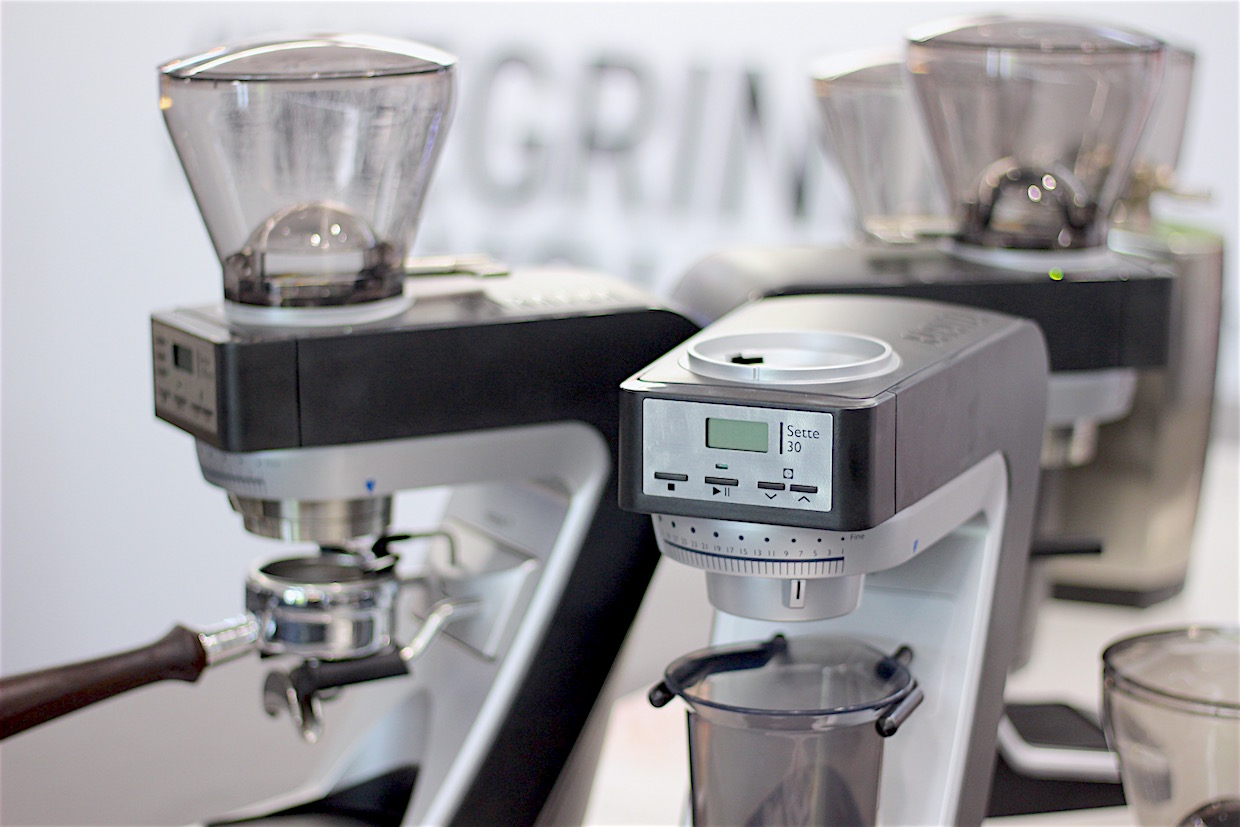 “I’m hugely in favor of not having coffee be this snob thing; it just irritates the sh*t out of me,” Anderson said of an attitude that often permeates the higher end of the industry. “There is some intimidation factor that’s built up around the snobbery, but good coffee doesn’t have to be difficult, and it doesn’t have to be intimidating.”

In this pursuit of good coffee for all, Anderson and Kennedy said Baratza currently does have some new products in the works, although its all being kept under wraps for now.

“If we could ever make one that was perfect, that would be enough,” Anderson said. “We’re still striving for that. We really think the niche we’re in with the quality home grinder has been really underserved.”