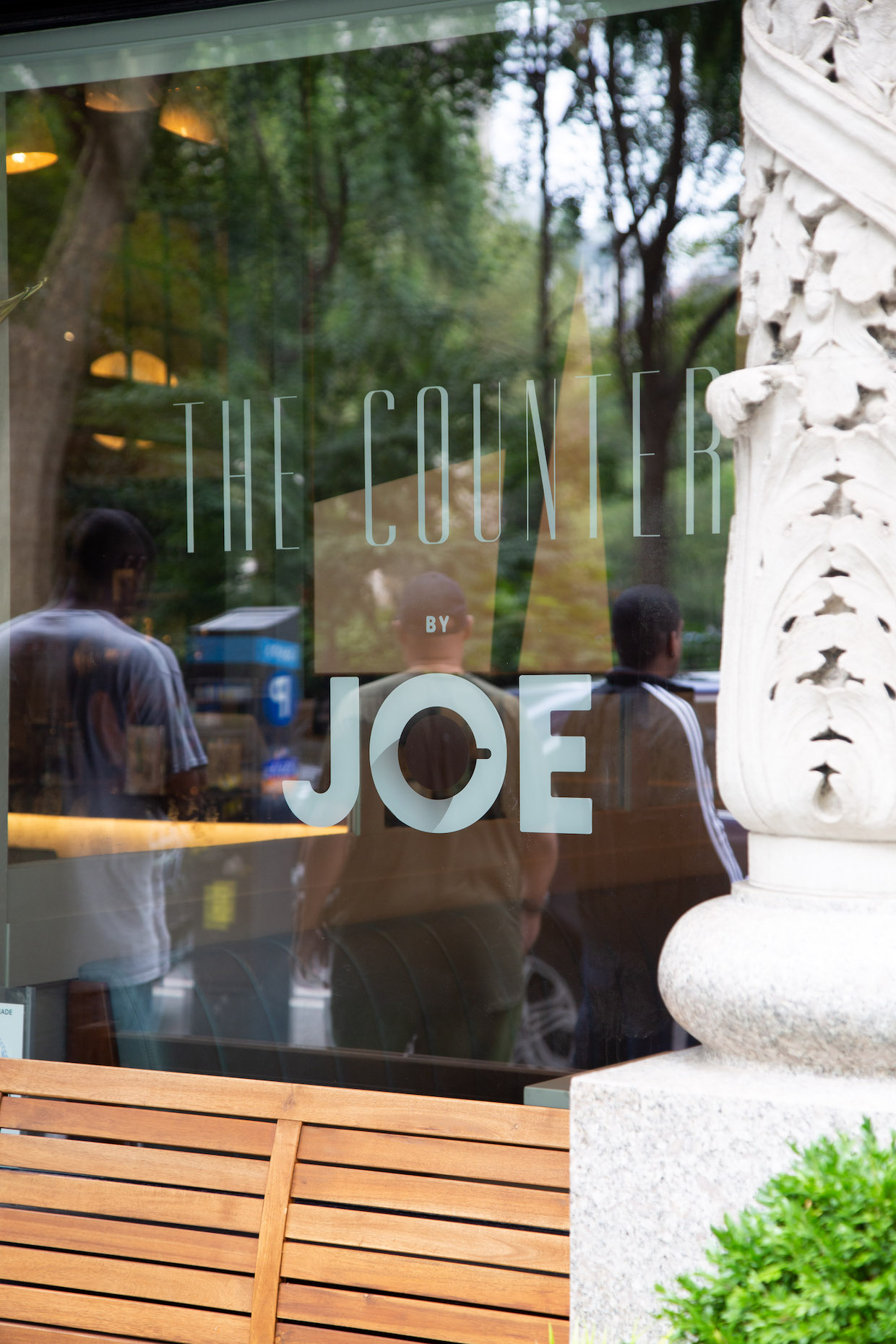 The Counter by Joe at the northeast end of Madison Square Park in Manhattan. Photo by Kathryn Sheldon.

After opening 16 coffee shops throughout the New York City area plus two more in Philadelphia, Joe Coffee Company has unveiled a new store concept called The Counter by Joe.

The cozy, quick-service cafe with bar and table seating for 16 guests plus standing room represents a collaborative effort between Joe and the Todd Snyder New York flagship store for menswear at Madison Square Park in Manhattan. 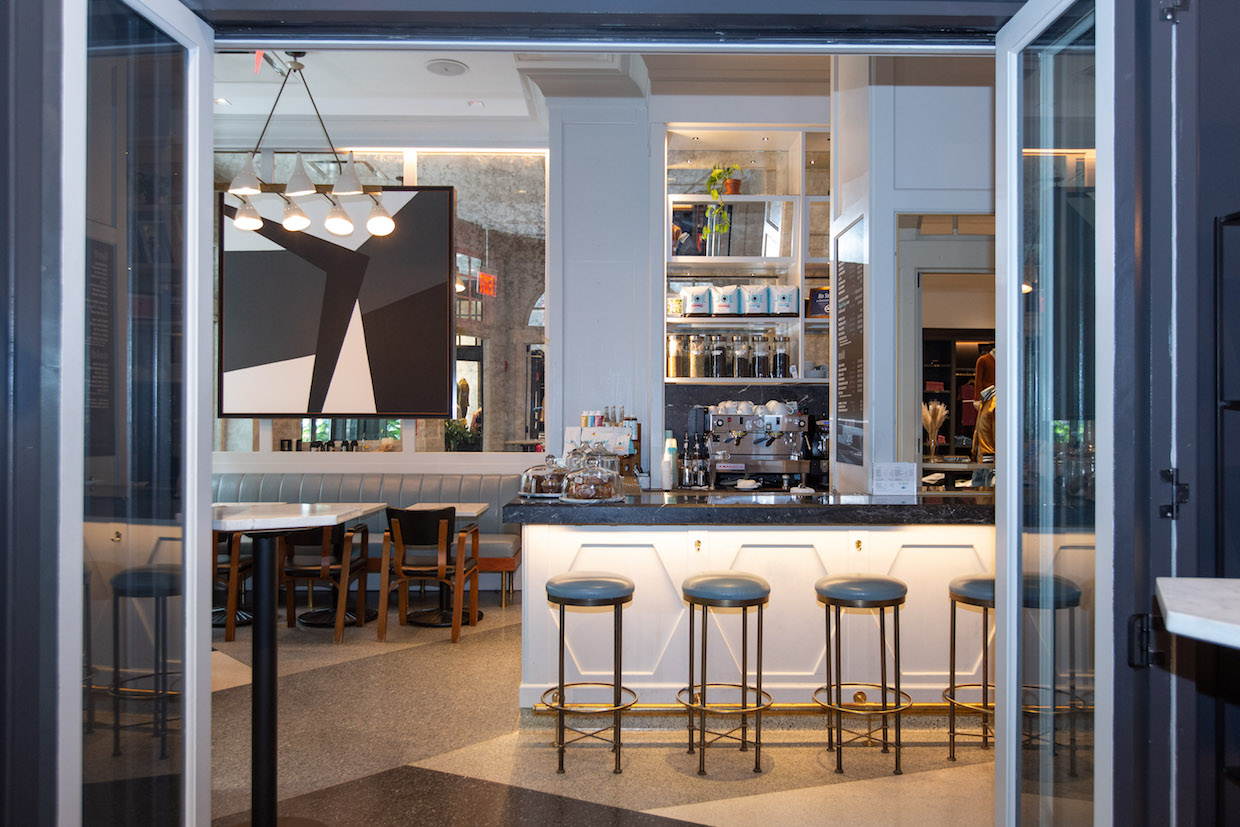 Through his custom design work involving popular brands such as New Era, Timex and Champion, Iowa native Snyder is famed for his knack in executing brand partnerships, with Esquire going so far as to call him “a master of the relatable collaboration.”

From this particular collaboration, Joe is offering its ongoing blends for espresso, drip and cold brew offerings, while a Todd Snyder blend will be available later this year. In addition to Joe’s more experimental drinks, such as the pineapple espresso, the bar will also offer light fare and pastries from purveyors such as Ovenly and Bien Cuit. In another first for Joe, The Counter will offer beer and wine this fall. Adding to the collaborative pastiche, Snyder will be designing hats, aprons and shirts for Joe baristas that will also be for sale at the bar. 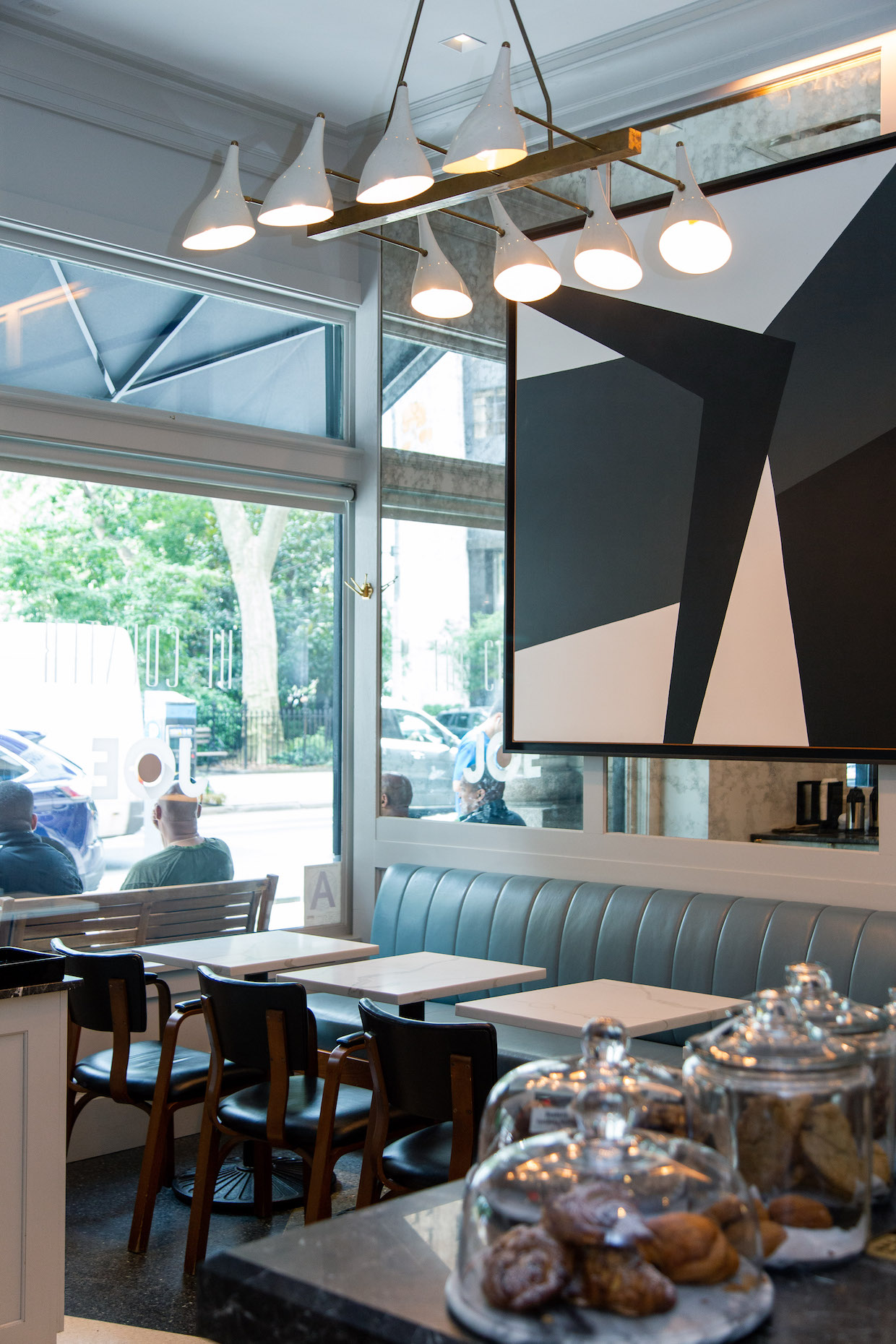 “Since becoming part of the Danny Meyer family, it has always been a shared dream to bring Joe Coffee to the Madison Square Park neighborhood,” Joe Coffee Founder and President Jonathan Rubinstein said in an announcement from the company. “When we were approached by Todd Snyder, we knew this would allow us to come full circle in a way that made sense for both New York brands, and in a New York neighborhood that was special to all of our storied histories.”

The Counter by Joe Coffee is now open at 25 E 26th St across from the northeast corner of Madison Square Park.