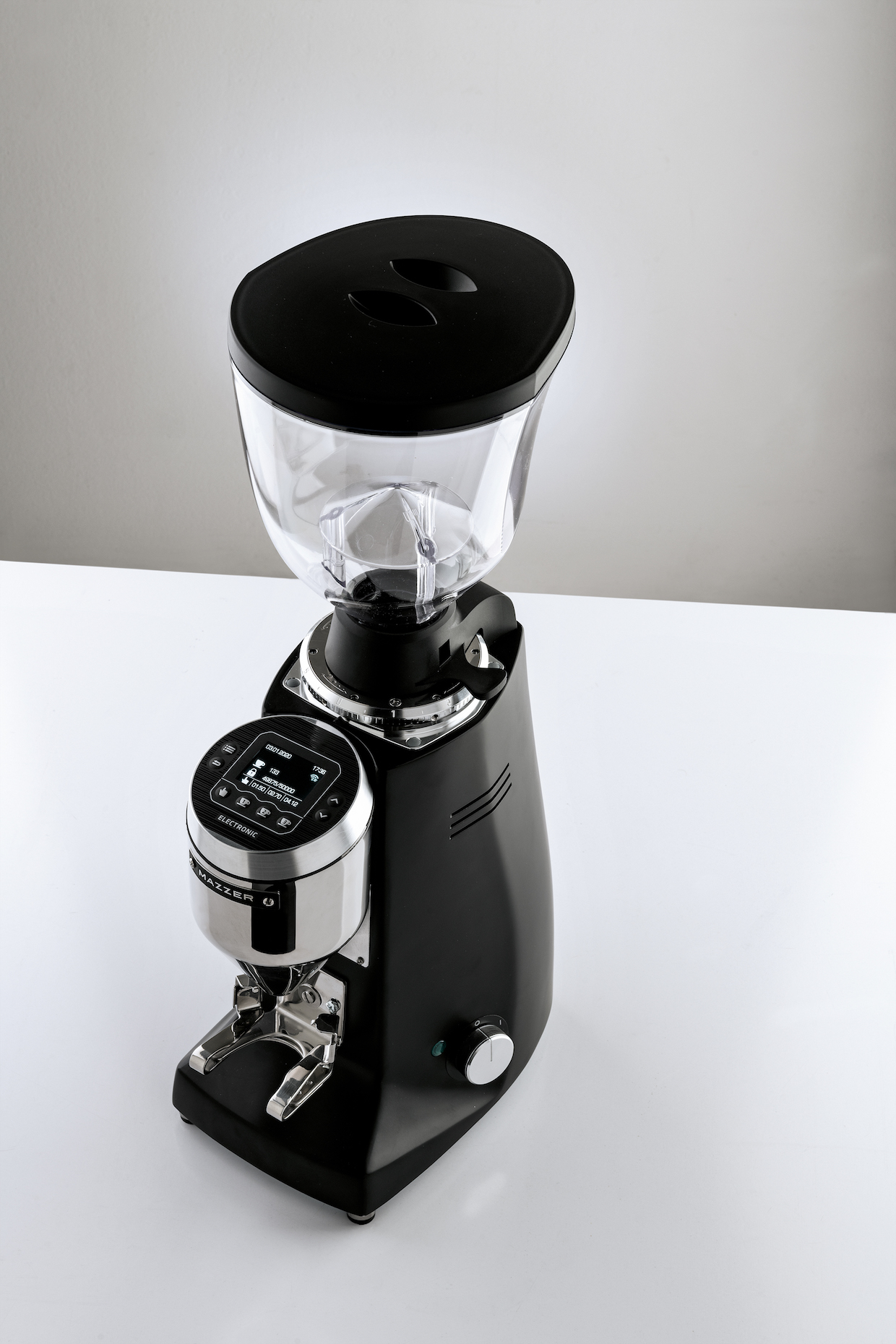 The forthcoming Mazzer Major V. All images courtesy of Mazzer.

Following the recent releases of new models ZM, Kold S and the updated Robur S grinders, Italian grinder manufacturer Mazzer is continuing its streak by applying some fresh technology to its longstanding espresso workhorse, the Mazzer Major. At the World of Coffee event in Berlin earlier this summer, the company rolled out the Mazzer Major V, a model that adds new capabilities to what was already the fastest machine among its flat burr models.

Most noticeable to those familiar with the Major will be the new model’s TFT screen, which looks and performs similarly to the ones adorning the Robur S and Kold S. Information and settings available on the screen include a dose counter, daily stats, a time-based burr wear alert, three adjustable pre-set grind-time settings down to the hundredth of a second, a programmable grind-pause moment for baristas to settle a pile in the basket, and more. 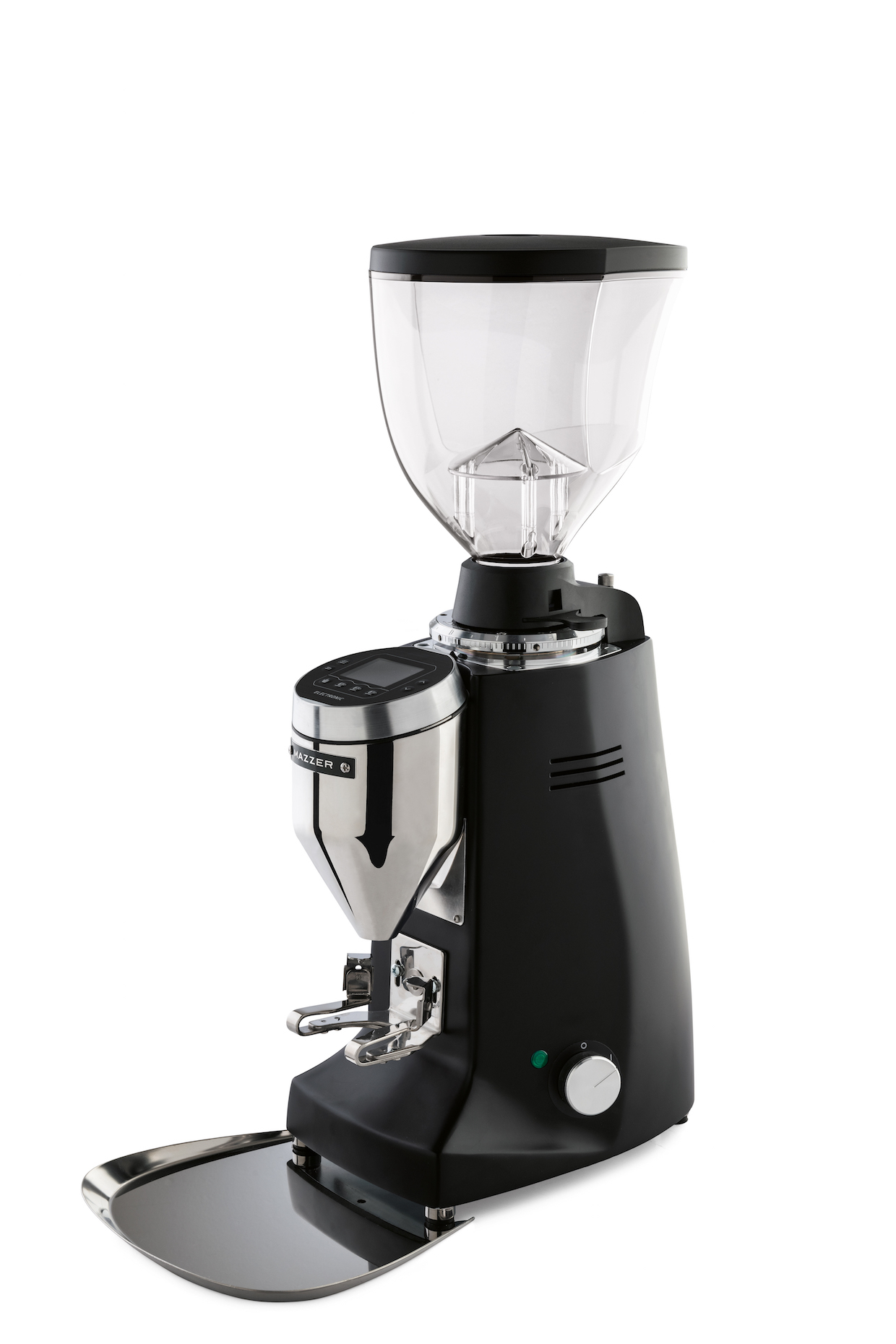 An optional wifi-based module also makes all these stats and settings available to owners, trainers and technicians via the web, using a Mazzer app.

“The app allows the owner of the grinder to manage a multi-user platform with five different levels of content access,” Mazzer Marketing Manager Cristina Scarpa told Daily Coffee News. “The authorized person will be able to remotely program three time-doses and pause functions to settle the coffee and avoid spillage. The grinder’s data and statistics will be monitored remotely, as well.”

In the mechanical realm, the Major V inherits from the Robur S and Kold S what the company calls its Grind Flow Control (GFC) system. The system uses an aluminum outlet insert and a flow-through wire damper to reduce electrostatic charge inside the grinder. Both parts are removable for cleaning. 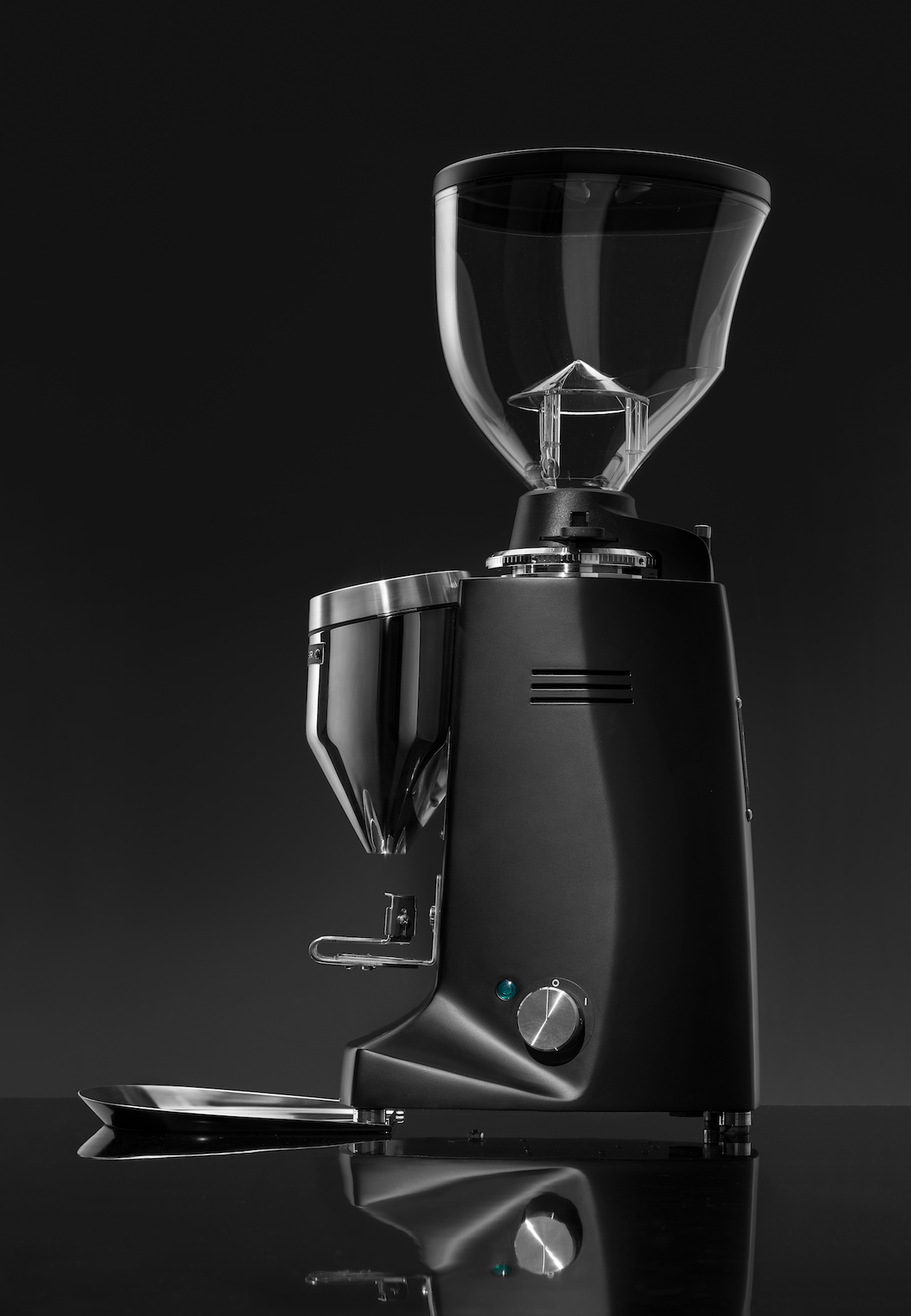 By diminishing the static that builds up while grinding and dispensing, the Major V’s GFC system delivers greater particle uniformity, mitigates both clumping and spraying of grinds and reinforces dose consistency through reduced retention, according to the company.

Dual internal fans keep the machine and the coffee cool, and the machine can be opened for cleaning and maintenance without losing the grind setting. Its portafilter holder is multi-adjustable, meaning it can be adjusted laterally in addition to up and down for easier centering of the basket under the flow of exiting grinds.

At this point, the only remaining machines in Mazzer’s popular lineup of espresso equipment that haven’t been given new-model updates are the Kony and the Super Jolly. However, these too might get a new-tech spit-shine in the coming year.

“We are upgrading our entire product line,” said Scarpa. “New products will be presented at Host Milan next October, and by the end of 2020, the entire line will be renovated.” 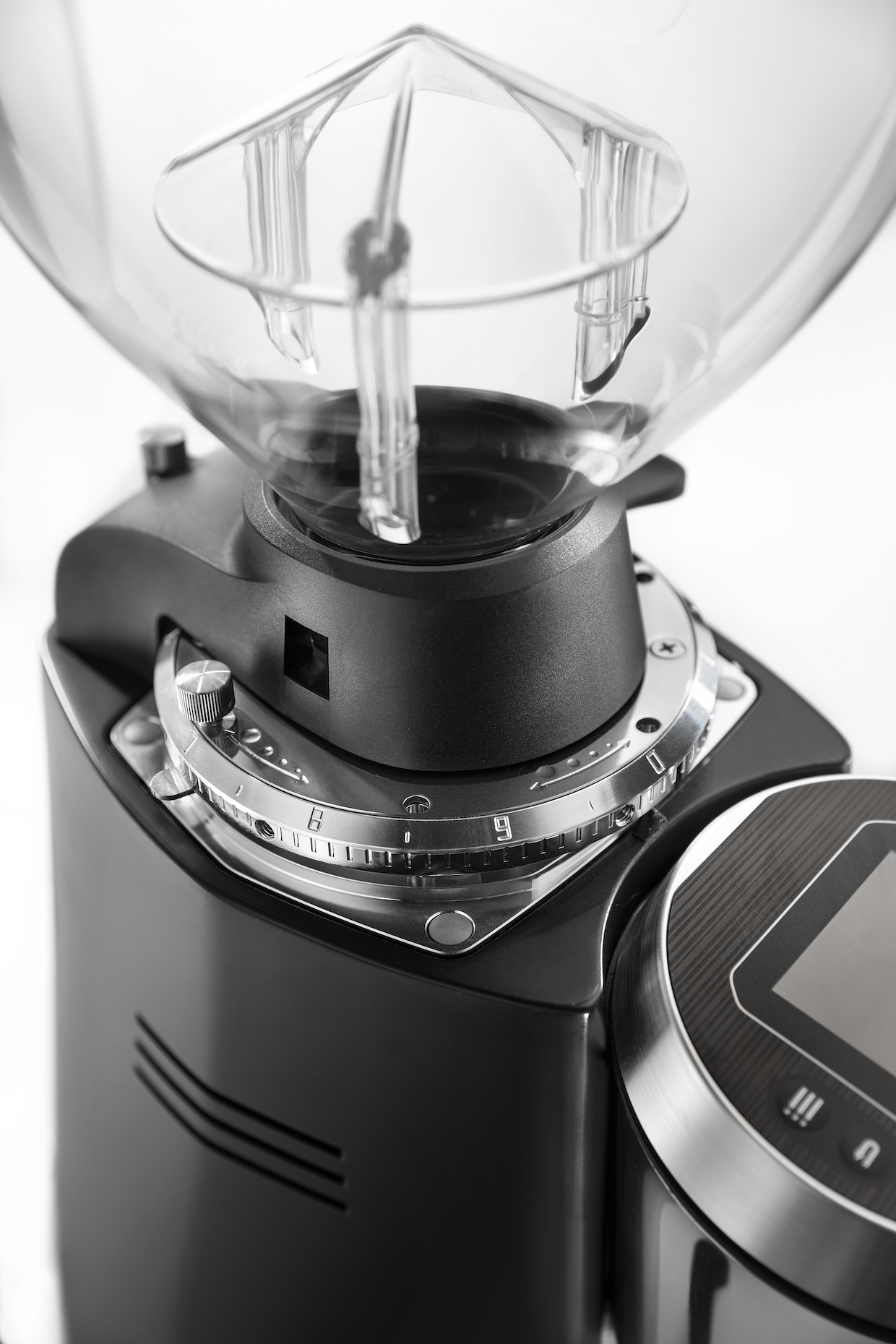 Pricing for the Major V is slated to be a bit higher than that of the existing Mazzer Major, according to Scarpa. Most retailers sell a new Major for just under $2,000.

Said Scarpa, “The new Mazzer Major V will cost slightly more than the current Major model, but we think that all the upgrades introduced in the new grinder will more than [make up for] the gap.”

Mazzer said the new grinder will be available in the Unites States in early 2020.

[Editor’s note: This story has been updated to correct that the screen is TFT, not LCD; the screen is similar to that of the Robur S, not ZM; and the Kony model is also in line for an upgrade.]