Mahlkönig E65S Espresso Grinder is the First of the Next Generation 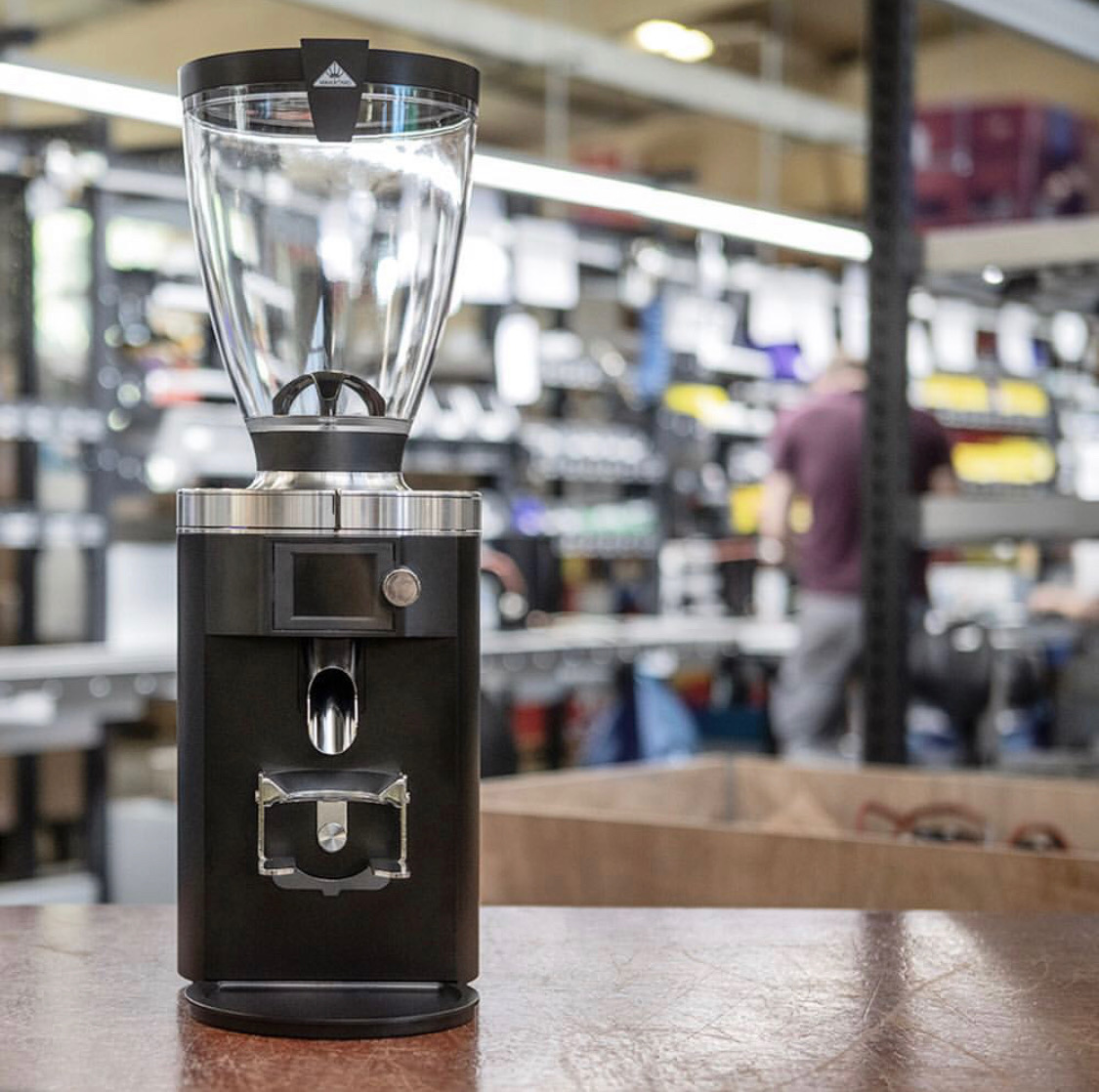 The Mahlkönig E65S grinder, which the company is referring to as the first in its “Next Generation” line of equipment. All images courtesy of Mahlkönig.

In keeping with the endless forward march of technology and design, German commercial grinder maker Mahlkönig has officially moved on into what it’s calling the “Next Generation” of its grinder lineup.

Sunset has come for the company’s popular K30 line of grinders, while the first slivers of dawn have broken for its new model, the Mahlkönig E65S, which was unveiled last year in Europe in conjunction with the World of Coffee event in Amsterdam, and then again earlier this year at the SCA Expo in Boston.

The E65S houses the same 65-mm flat steel burr set as the K30 Vario inside a taller, narrower and quieter machine with a smaller counter-top footprint and a variety of other new and updated features. 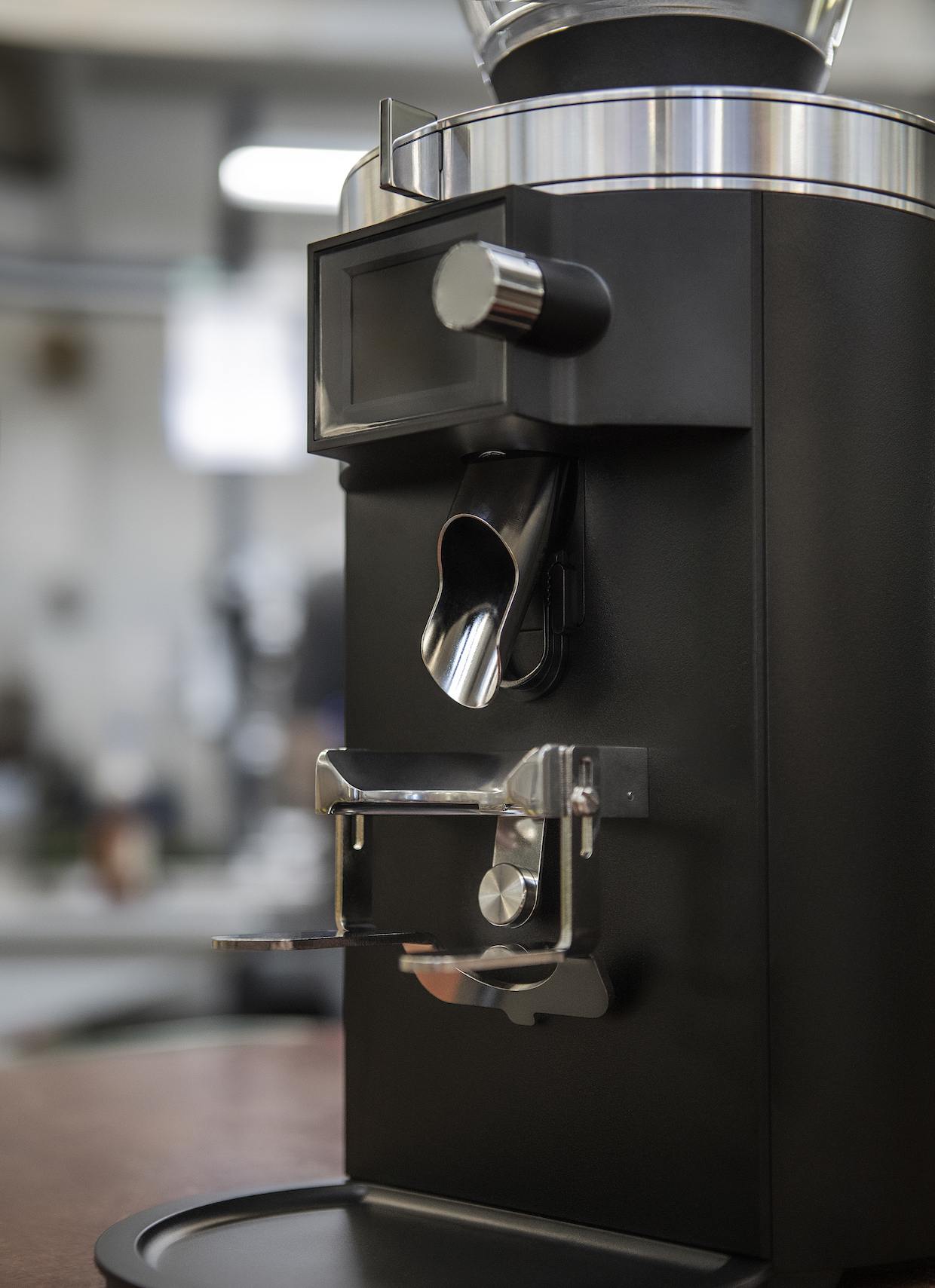 “The E65S model represents the forward-looking design aspects of our Next Generation of equipment,” Mahlkönig USA Vice President of Marketing and Digital Commerce Marcus Boni told Daily Coffee News. “The K30 body style and overall design had an incredible run in the world of on-demand grinding. The Next Generation line of products will incorporate all of the quality aspects of the K30 series, and combine that with our continued learnings from the marketplace to lead with innovation and professional focus in our equipment line.”

Some of the more visually noticeable upgrades of the new machine are its redesigned stepless grind adjustment mechanism that aims for a smoother experience, and a digital screen interface that is knob-controlled and smaller than the touchscreen on the K30 2.0 that came out in 2017. The E65S system stores up to eight different grinding programs. 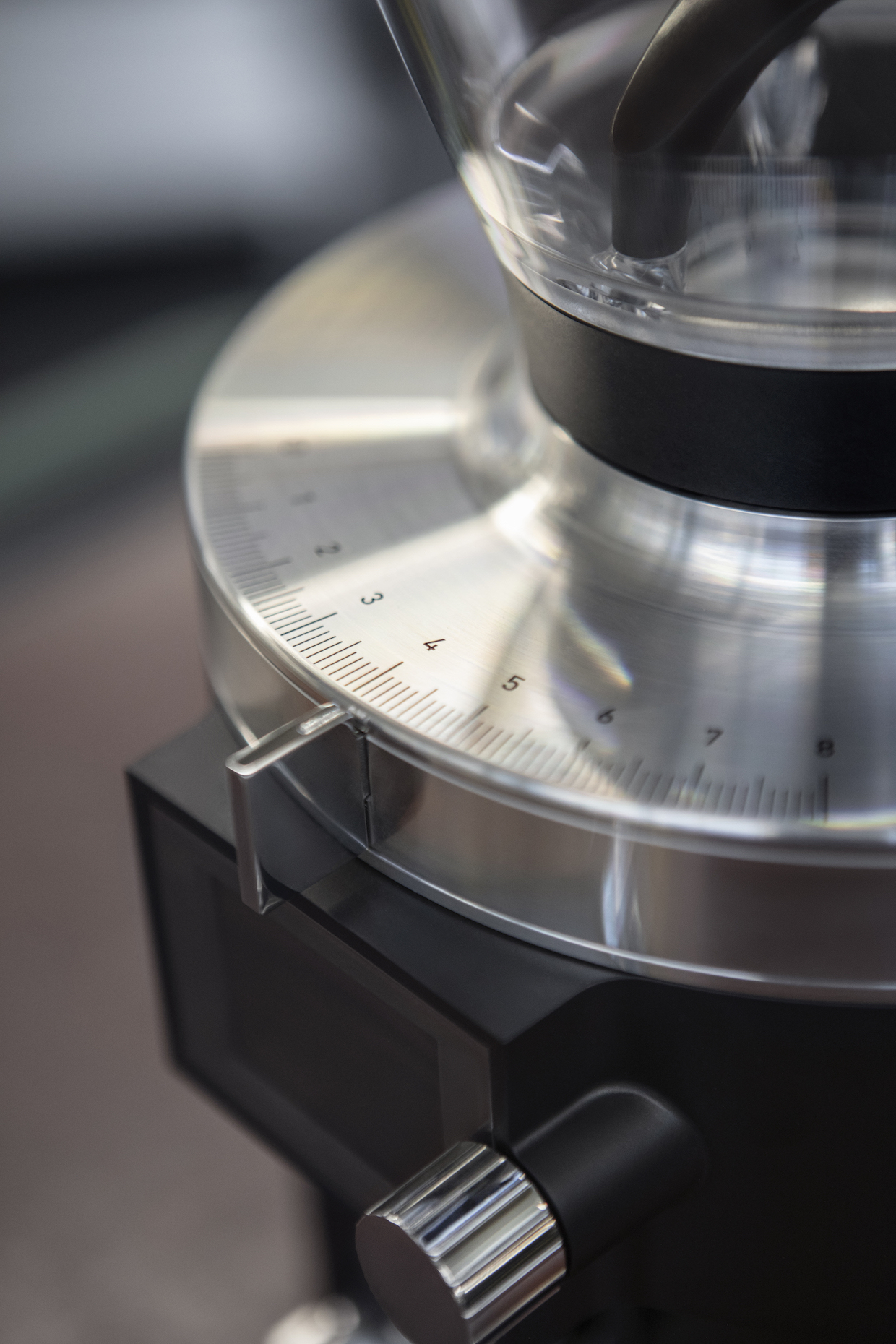 Unseen inside the new grinder is what the company says is an improved clump-prevention mechanism through which fluffy and well-distributed grinds pile into the barista’s basket. The grinder’s spout and declumper are both removable for cleaning. With identical burrs spun in the same RPM range as previous grinders, the E65S grinding output is comparable to earlier models.

The lid on the E65S’s 1,200-gram-capacity (42 ounces) hopper offers a clip for holding either a customer-facing label indicating what bean is inside, or a barista-facing note about doses, settings or other info. A short hopper is now also available for the E65S, reinforcing the company’s aim for equipment that fits in a wider variety of tight spaces, although a wider Twin-style solution for users of multiple machines is also in the works. 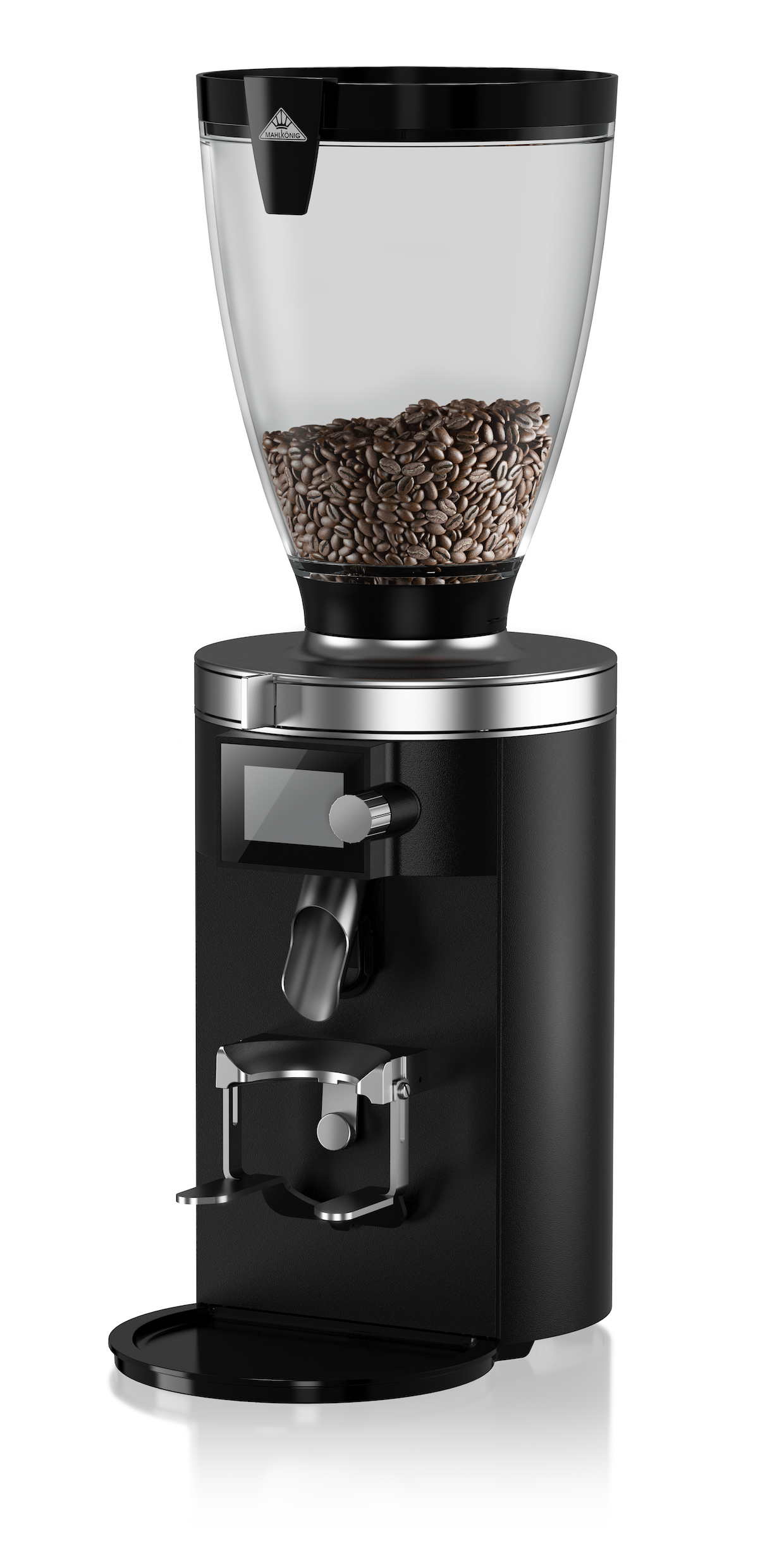 “With a slimmer body style as a key part of the design of the E65S, our goal was to create a grinder with a smaller footprint in an already crowded countertop space,” said Boni. “That being said, our innovation team continues to develop Next Generation product that fits multiple formats and even smaller required working spaces.”

Of course, the smallest possible hopper scenario for any grinder would be one that caters to the practice of single-dose grinding. Many users already single-dose their technically bulk-oriented Mahlkönig EK43 grinders, but as for whether Mahlkönig might consider entering the field of equipment designed specifically for single-dose grinding, Boni said only, “Stay tuned.” 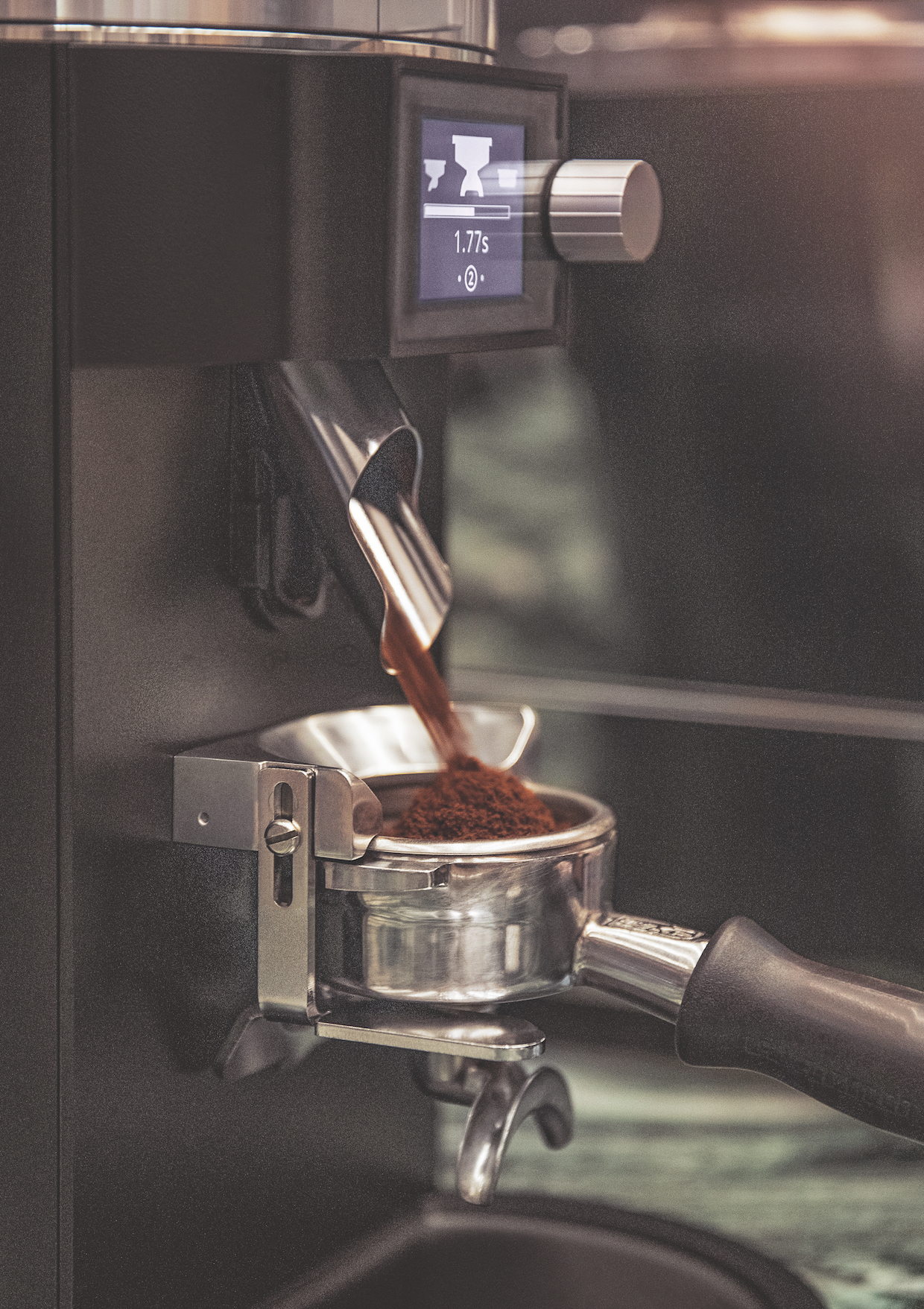 In the meantime, Mahlkönig has retired the model K30ES as of the end of last year, according to Boni. The K30 AIR will be the next to hang up its burrs, followed shortly by the K30 Twin, and all will be promptly replaced with “Next Generation” products. Boni said parts and accessories will continue to be available for all machines in the K30 series Mahlkönig USA’s e-commerce platform.