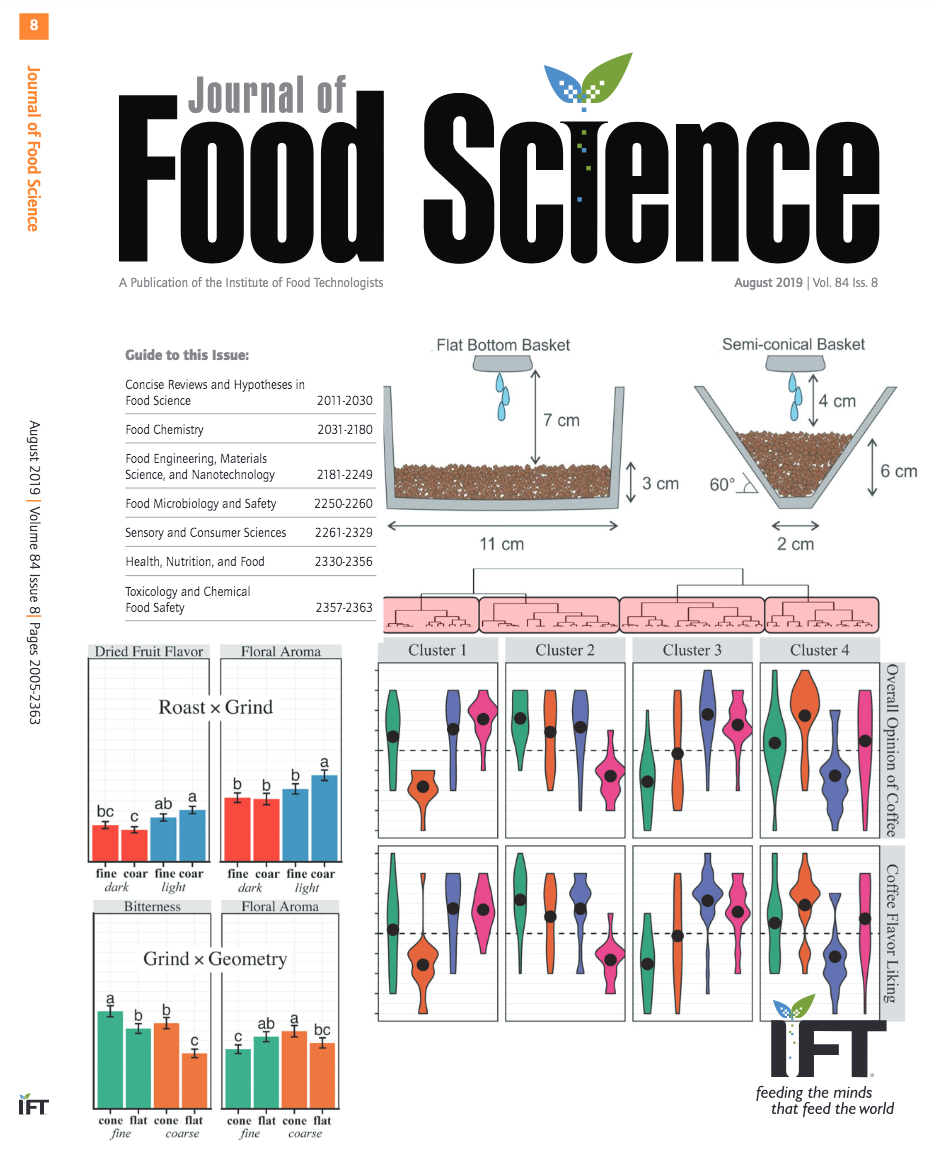 The August 2019 cover of the “Journal of Food Science” features research undertaken by the Specialty Coffee Association in partnership with the UC Davis Coffee Center.

The scientific research collaboration announced roughly two-and-a-half years ago by the Specialty Coffee Association (SCA) and the UC Davis Coffee Center has born its first published fruit: A clear and thorough analysis of differences between brews made with flat-bottom versus semi-conical filters.

Both fascinating and actionable for working coffee professionals, the research that was first published in March of this year in an article in The SCA’s 25 Magazine, Issue 8, was recently published a second time in its academic form as the cover story for the August 2019 edition of the Journal of Food Science.

“This was our initial study in our series of investigations of the sensory and chemical impacts of different methods of coffee brewing, and this study helped us design and test the effectiveness of our experimental approach,” SCA Chief Research Officer Peter Giuliano told Daily Coffee News. “There have been very few coffee studies that use this kind of rigorous sensory and consumer methodology, and for that reason alone it is important.” 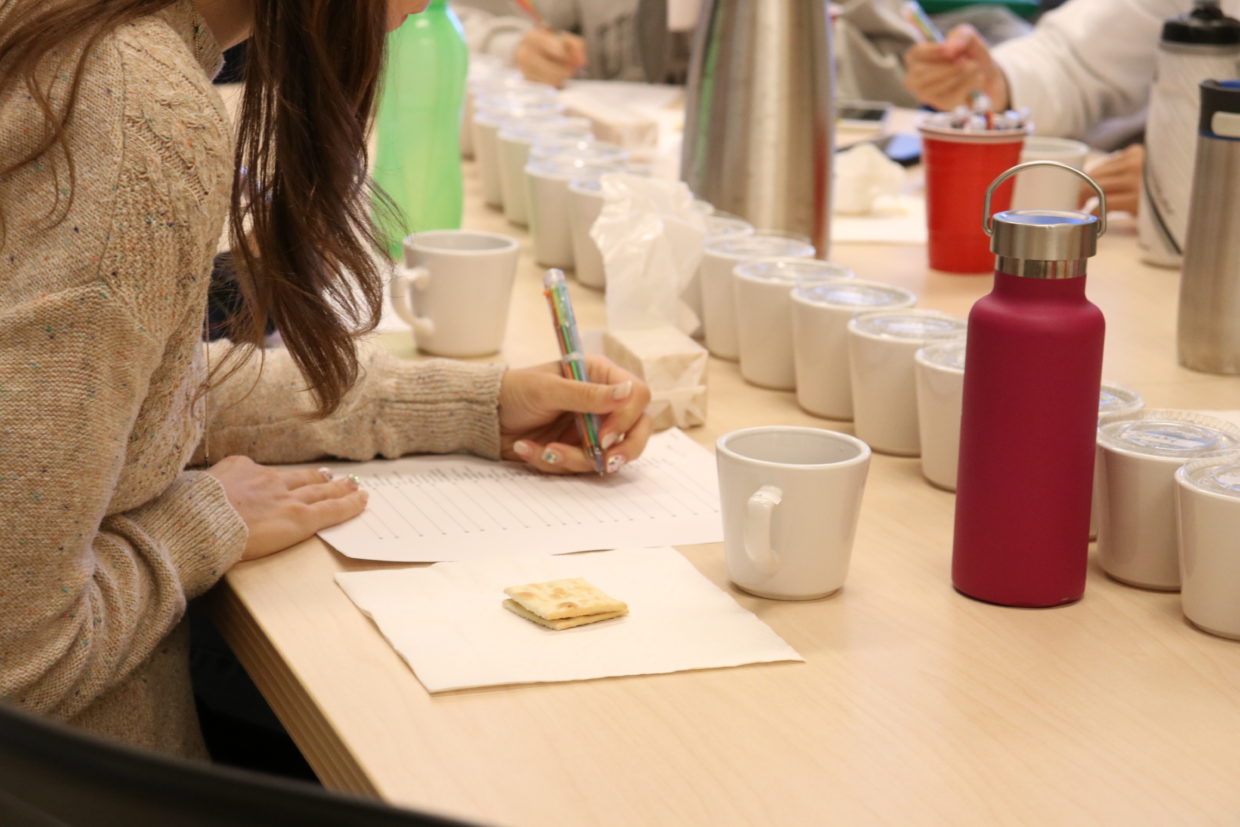 Using flat-bottom and semi-conical filters — semi-conical filters flaring outward towards the top and with a 2-centimeter-wide flat spot at the bottom, unlike fully conical V60 filters — researchers brewed four different coffees at different particle sizes and and at different roast levels. The brewing process was standardized across all experiments, using 1,200 grams of water, 66 grams of coffee and the “Gold Cup” setting of a Breville Precision brewer.

With all other variables controlled, researchers found a consistent difference in the percentage of TDS between the two filter shapes, leading to the hypothesis that this was the main driver in differences in flavor perception and likability. The semi-conical brews were consistently of higher TDS. Among all four coffees tested, a difference threshold of 0.24% TDS was found. 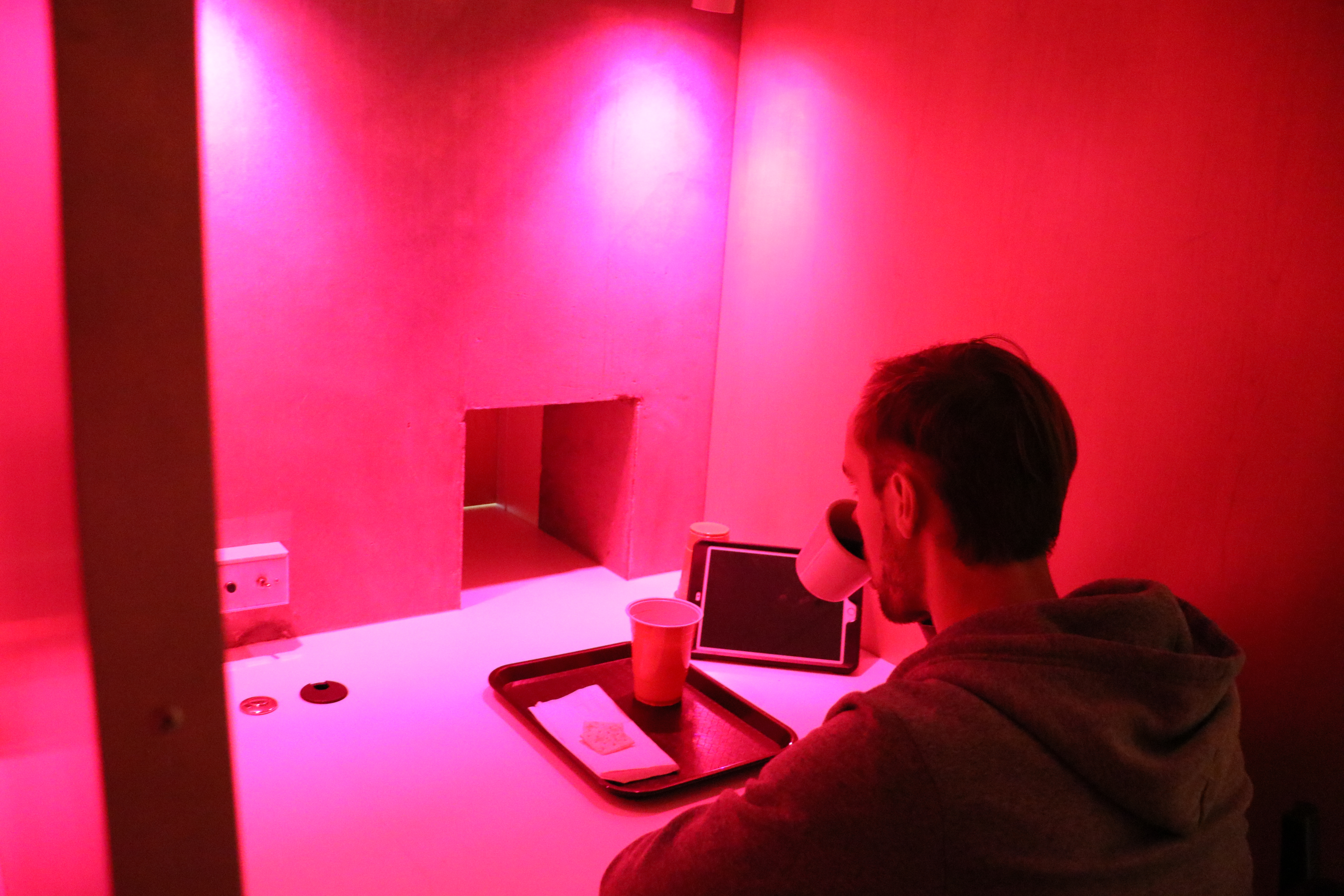 In the reports, researchers declined to declare one shape necessarily “better” than another, given all the subjective factors related to taste, flavor and preference. Instead, now that the “what” of these differences has been clarified, the next question is, “why?”

To find that answer, UC Davis Coffee Center researchers are continuing to investigate.  The key takeaway of this first round of research, though, is that when coffee, water, temperature and flow rate all remain the same, the flavor profile of brewed coffee changes in a perceptible way based on the geometry of the filter basket.

Beyond establishing methodologies, Giuliano said the results themselves are also powerful for the confirmation of how profound an effect brewing geometry has on extraction dynamics — an understanding that plenty in the industry have long suspected but had scarcely any data to support.

“So, as a barista reading this study, I now understand how simply changing the basket geometry is probably an easy way to modulate coffee flavor, perhaps simpler to do than, say, changing grind sizes,” said Giuliano. “In fact, in this study, simply changing the basket had larger effect on flavor than making pretty significant changes in grind coarseness. For brewer designers, it gives a wealth of information.” 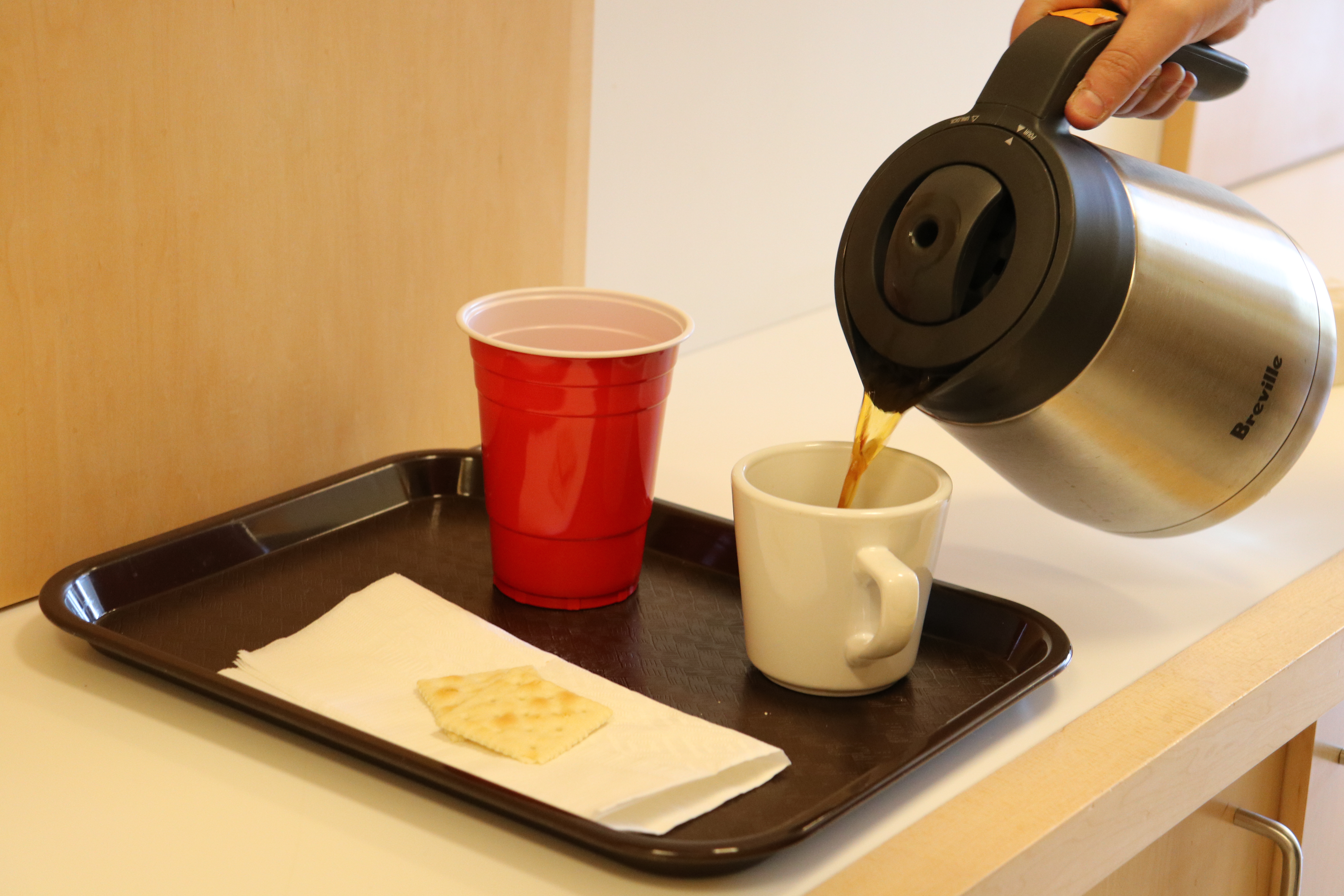 The plain-language article about the study in 25 Magazine was the most read online article in SCA history, according to Giuliano. It is also the first output from an ongoing umbrella research project called “Towards a More Rigorous Understanding of Coffee Extraction,” conducted by the SCA and UC Davis and underwritten by Breville. The project has the aim of systematically re-evaluating the industry’s understanding of coffee extraction science and tools, much of which hasn’t changed since Prof. Earl E. Lockhart famously first laid it out in the 1950s and 1960s.

“Our initial aim was to revise the Coffee Brewers Control Chart, but as often happens with research, we got a lot more as we started digging.” said Giuliano. “This is only the first of what will likely be six to eight outputs, sharing different kinds of evidence.”

Another five to seven outputs are expected to result from the research, each laid out in an article and an academic paper, in addition to other presentations such as a revised SCA Coffee Brewer’s Handbook and education system. Giuliano said that upcoming papers will include a study of coffee fractions, the chemical and sensory drivers of sweetness and acidity, the impact of roast levels on extraction, the impact of brewing temperature on extraction, and a big consumer study aimed at understanding what people actually like.

“We’re still forming exactly what these will look like, as we crunch data,” said Giuliano. “We plan to publish an article next month in 25 magazine and an academic article is in review now on coffee fractions: how sensory and chemistry changes over the course of the brew. It’s super exciting.”

Researchers behind some of this work will be presenting at the Roasters Guild-led Sensory Summits at UC Davis at the end of January and in Zurich in February.

It has always made sense to me that you’d get a more even extraction from a flat bottomed filter basket than cone.