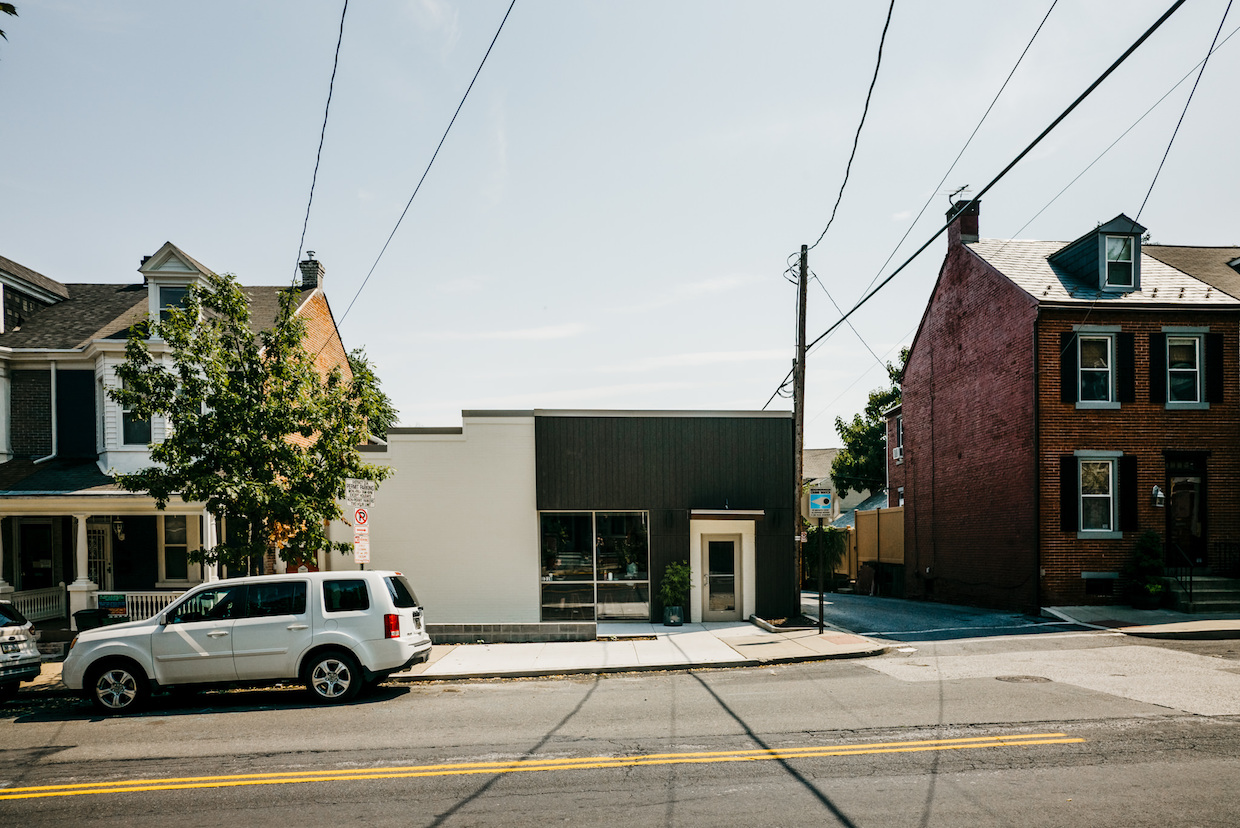 It has been an exciting ride for Passenger Coffee and its associated brands over the past few months in Lancaster, Pennsylvania.

The innovative coffee company relocated its roastery and headquarters into a new space down the block; its sibling brand Prince Street Cafe has opened a new location; and the umbrella company that oversees both brands, Commons Company, has achieved B-Corporation certification.

Passenger Coffee and Commons Co. Owner Kyle Sollenberger told Daily Coffee News that their collaboration with Tono Architects and Proto Construction on the buildout — which incorporated metalwork by Fortitude Welding & Fabrication and woodwork by carpenter and accomplished indie singer/songwriter Denison Witmer — was towards a 2,600-square-foot roasting and retail location that’s “so mid-century, it hurts.” 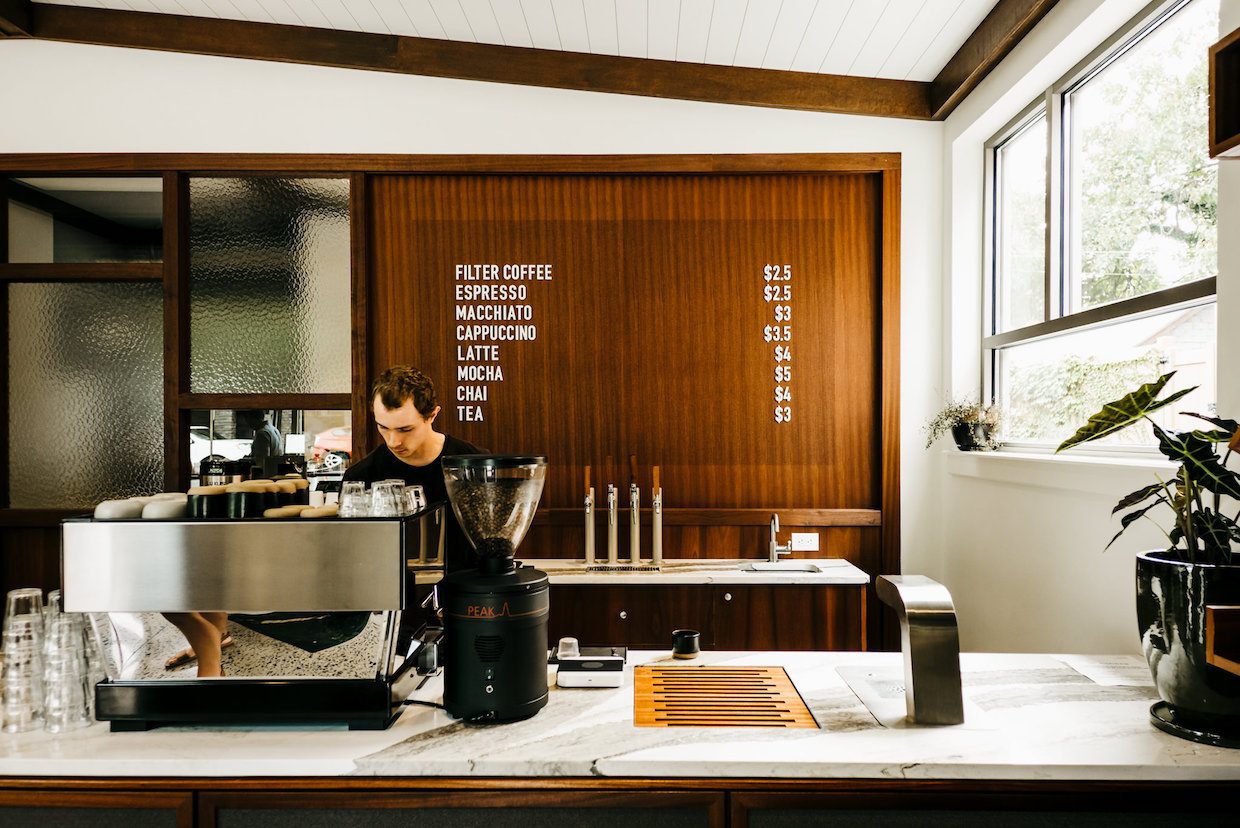 “I wanted something that felt more warm and ‘neighborhoods’ than our other shop, but still conveyed our eye for the details,” said Sollenberger. “Mid-century style is such a great medium for that. The warm wood tones and clean lines really play well with the textures of the floor and custom upholstered counter.”

As the new space is only about a half block from the prior location, the Passenger team was able to walk the Loring S-15 and Proaster 5-kilo roasters there with a pallet jack. 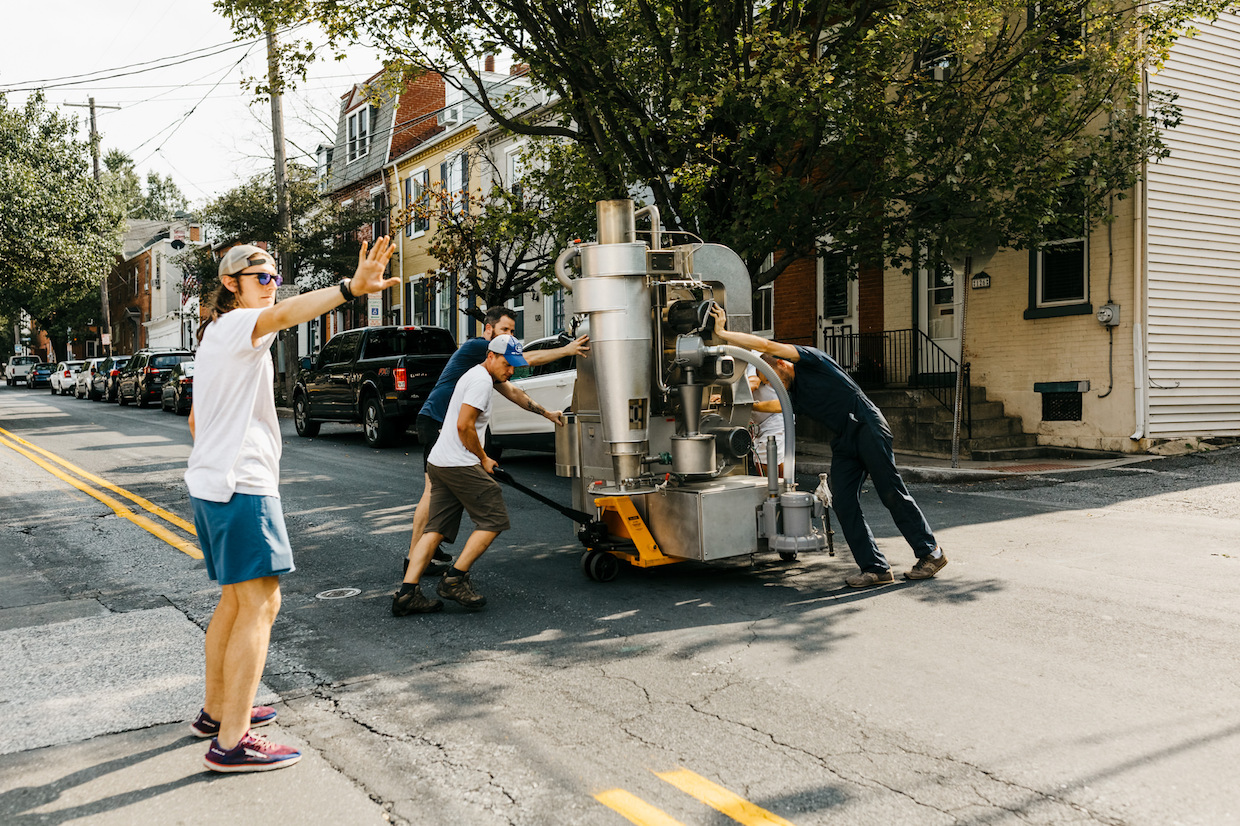 “That was quite the experience,” said Sollenberger. “One of the reasons we chose this new location was proximity. Both Passenger and our kitchen and bakery were outgrowing their space. This new roastery location allows us to keep things close, but with the added benefit of some street frontage and retail space.” 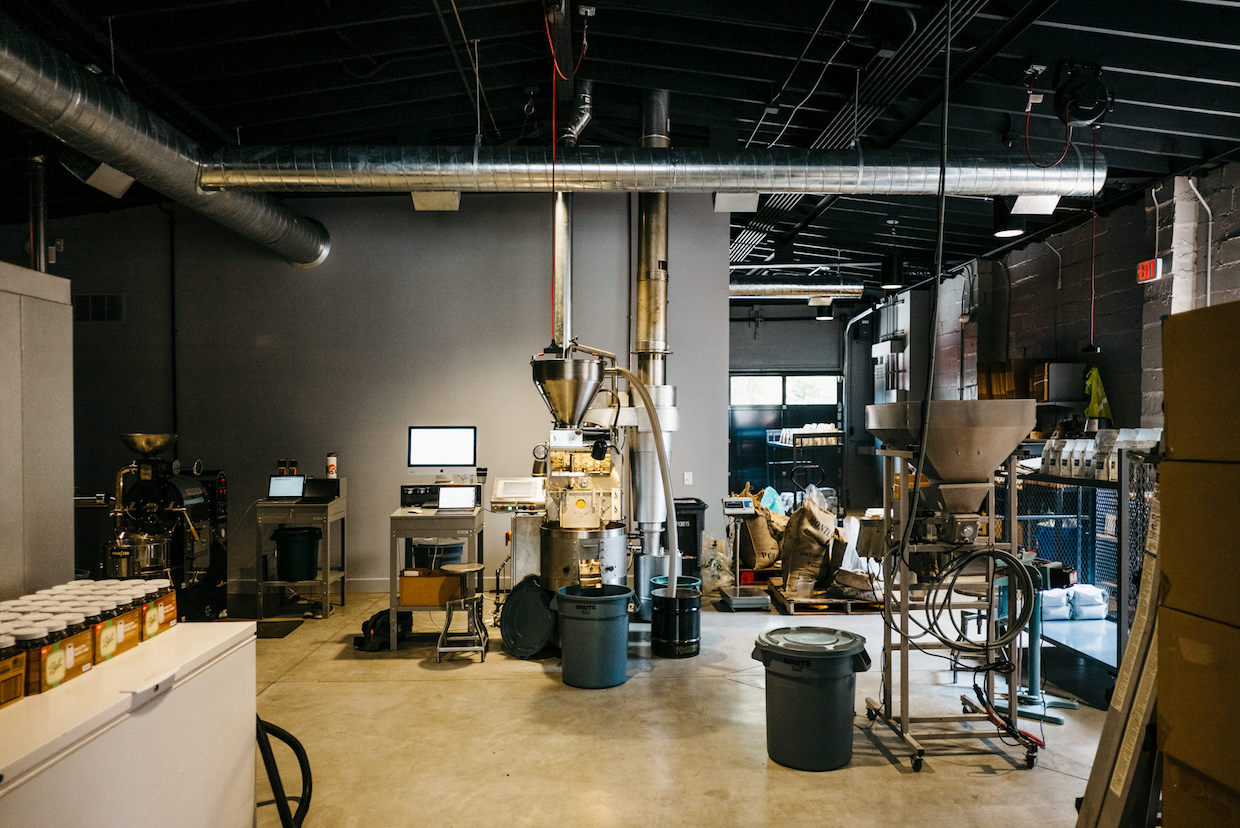 “We are all in on freezing coffee,” said Sollenberger. “Even our decaf goes into the deep freeze. The process is well tested, and the results speak for themselves.” 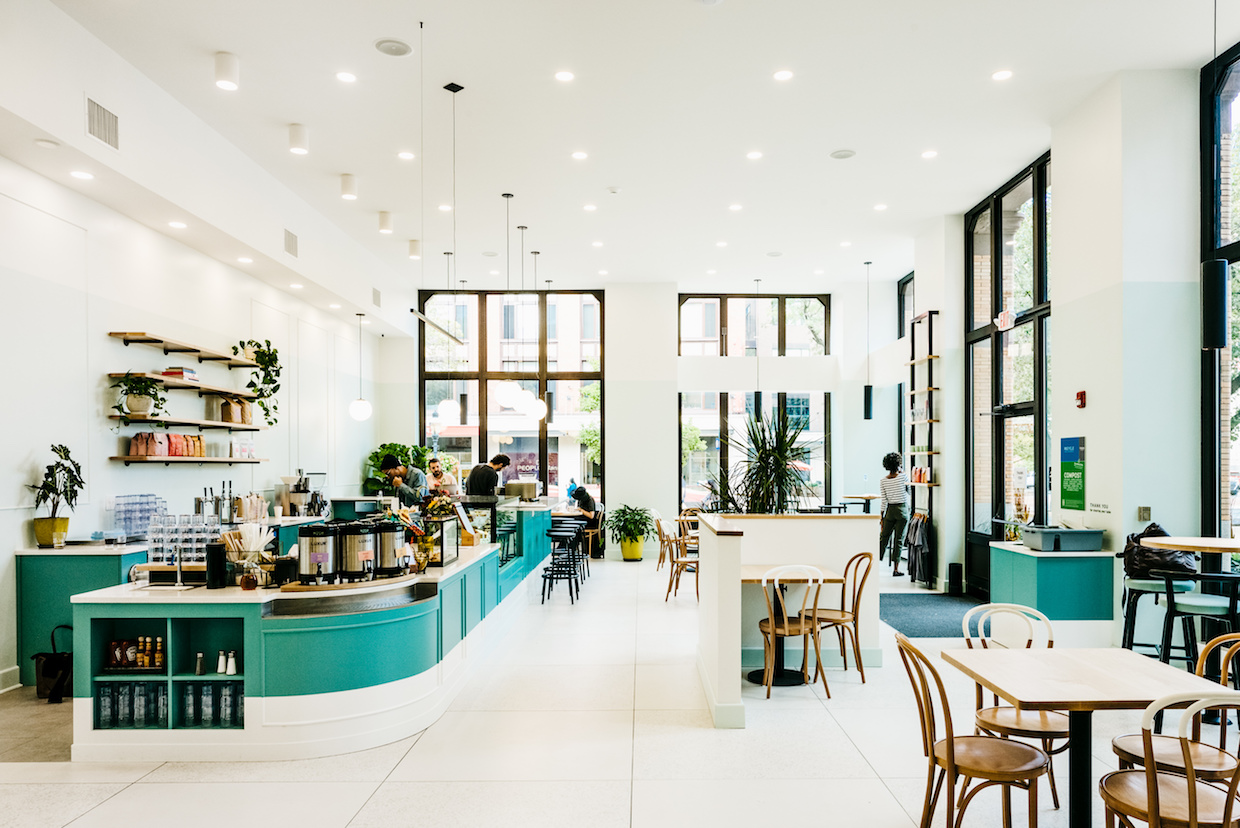 The bright and airy new Prince Street Cafe, in nearby York, Pennsylvania, was also designed in-house, then built out by contractors Royal Square Development. The modern and subtly French-inspired interior of the space enjoys abundant natural light through a front wall of 15-foot-tall windows whose black frames influenced other complementary fixtures and furnishings.

Other walls remain largely clean and sparse, save for a lush living-wall panel at one end that is echoed around the space by other vibrant bursts of potted greenery. The roomy, 4,200-square-foot space also includes an on-site kitchen, storage areas and a rentable conference room. 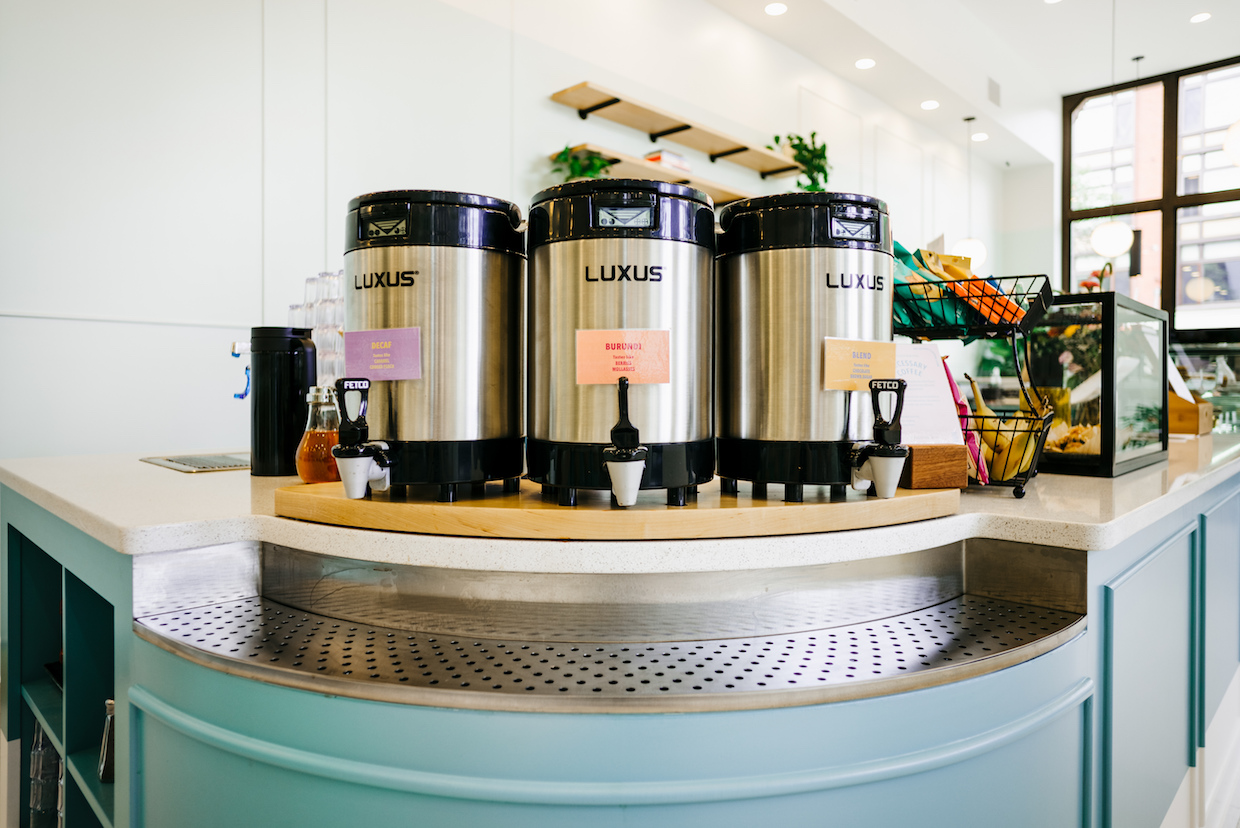 “The counter and bar were designed to really highlight our style of service,” said Sollenberger. “Also, the custom Fetco stand and drip tray for our bottomless coffee mugs is pretty damn cool — but I may be a bit biased.” 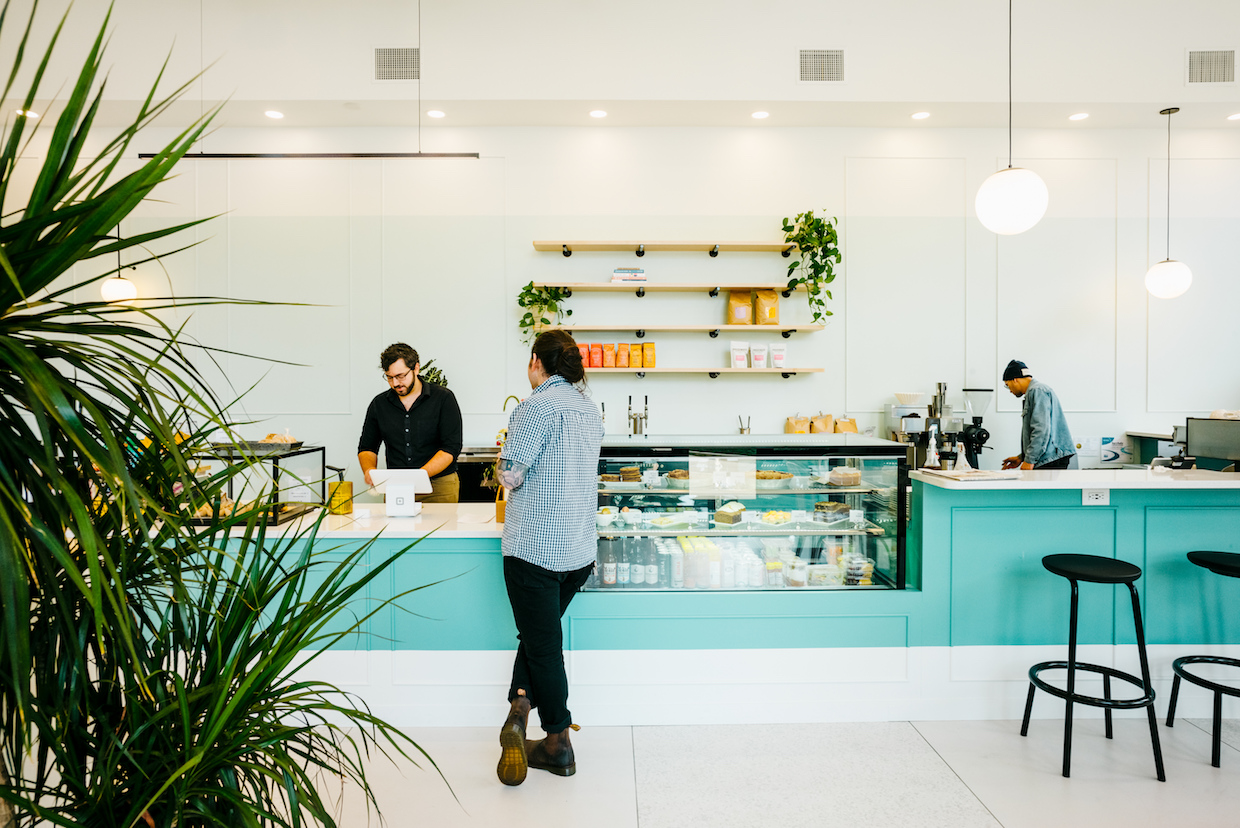 Bolstering the excitement over all of this progress is the achievement of multiple B-Corp certifications for the various entities under the umbrella of Commons Company, which all became official last month after three years of intensive concentration behind the scenes.

“We discovered pretty early on in the process that the way they evaluate a business like Passenger is very different than how they would our more retail focused ones,” Sollenberger said of the complicated dual certification process. “We’re super proud of this. It is truly a team effort.” 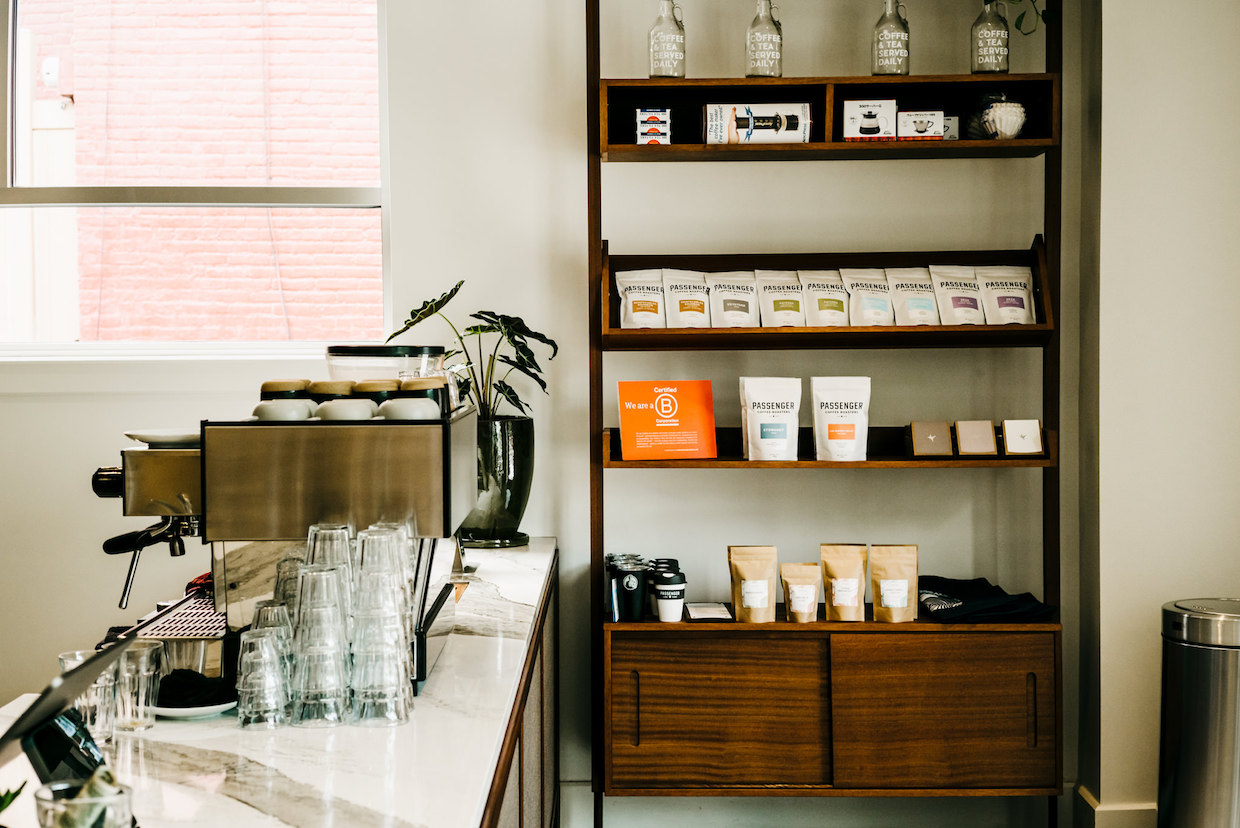 And on top of all of this, Passenger has also launched a sibling coffee brand called Necessary Coffee that embodies an initiative to buy more “very good” coffee from the same producers from which Passenger already sources its “excellent” varieties.