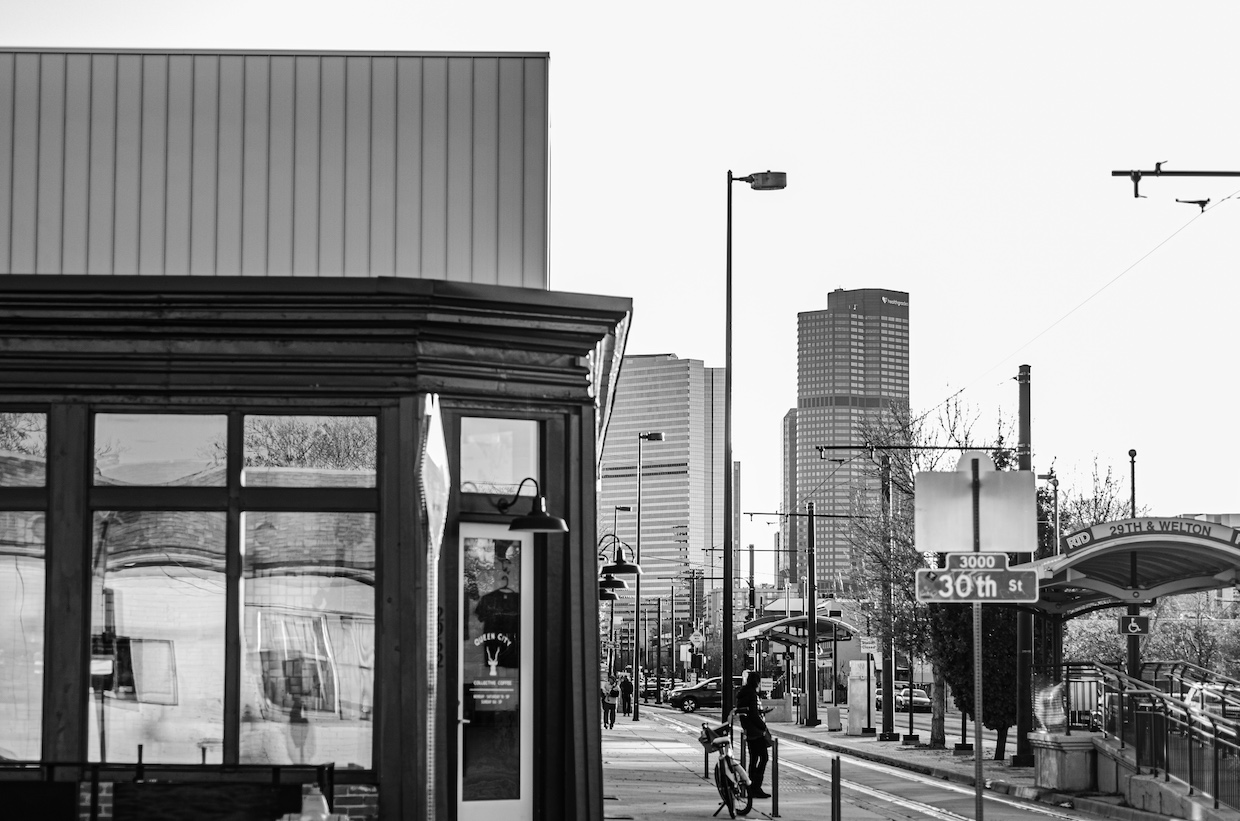 Just over a year since opening their first cafe within the Novel Strand brewery in Denver, the three brothers behind Queen City Collective Coffee have expanded with two more central city coffee spots.

In Five Points, the company has opened its first standalone brick-and-mortar coffee shop, while the second outpost constitutes another public collaboration, this time with the new Mission Ballroom music venue in RiNo.

At Welton and 30th, the new cafe sees Queen City taking over a space that was recently vacated by fellow Denver roasting company Purple Door Coffee.

“Our first cafe is in the Baker neighborhood, which is historic and artsy, and Five Points is about the same,” said Queen City Collective Co-Founder Scott Byington. “[It’s] a historic neighborhood with a lot of jazz and music and arts, so it fit well with where our first cafe had been.” 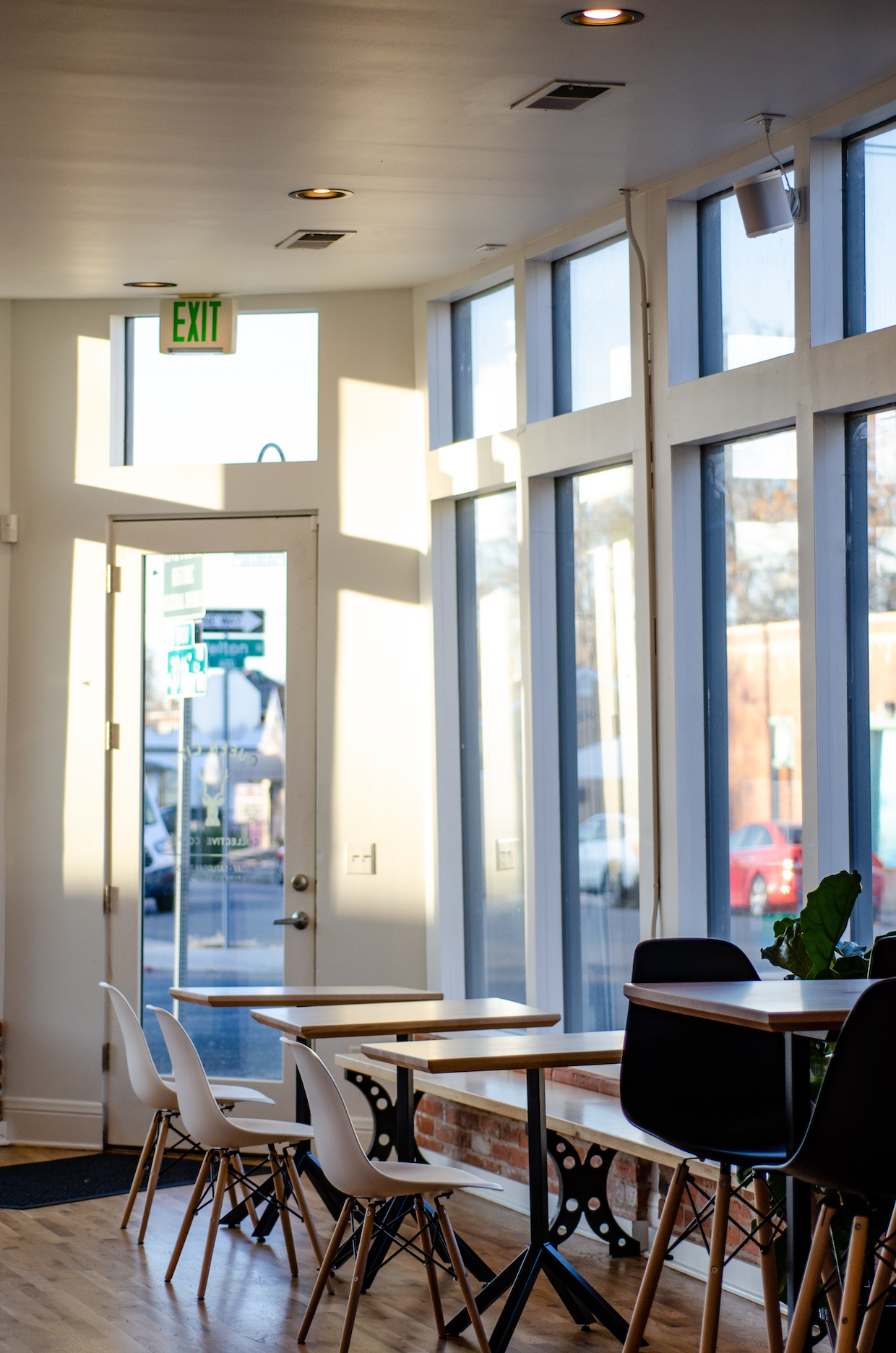 After taking over the space this summer, the brothers worked to update the interior and apply their own brand stamp. Floor-to-ceiling windows along two sides of the space let abundant sunshine in, while subway tiles and exposed brick are offset with hanging plants and murals to soften the edges.

“Our branding is built around a clean minimalism, but with that we like to have kind of crazy, fun colored pops,” Byington said. “So the interior of the cafe is bright, clean and airy, but then when you go into the bathroom, we have this chaotic, colorful street art that kind of creeps out into the cafe itself.”

Drip coffee is brewed on a Curtis G4 ThermoPro Twin with spray head modifications after beans pass through a Mahlkönig EK43 grinder. Espresso drinks, meanwhile, are crafted on a La Marzocco Linea PB ABR two-group machine, with support from Mahlkönig Peak grinders, offering a rotating line of single-origin espressos that are chosen each morning by the opening baristas.

Offering a single-origin espressos also provides a jumping off point for coffee-related education between baristas and customers. 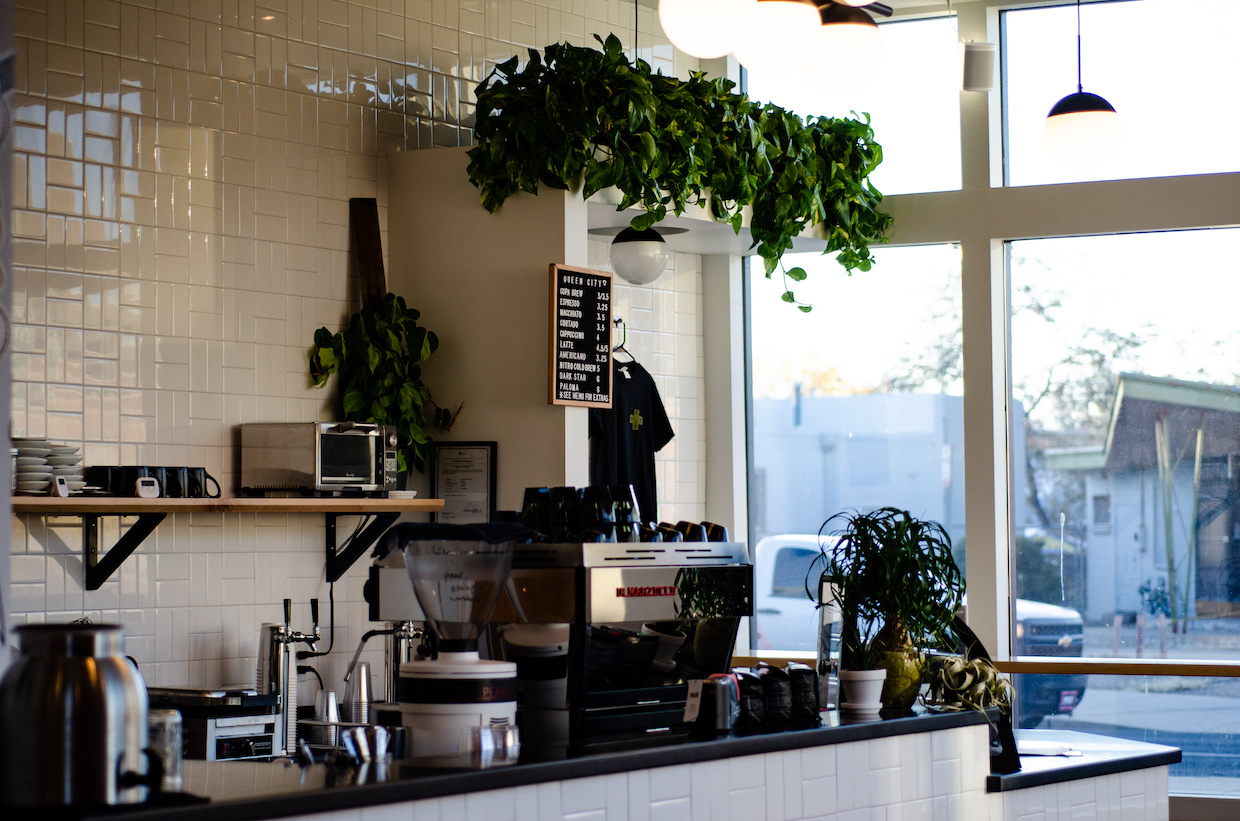 “People definitely do come in and ask questions about [those],” Byington said. “A big part of our story is that about 80 to 90 percent of our coffees right now come from farmers that we know personally. We spend a lot of time building up our relationships with our producers, and we want our customers to be able to experience that.”

With a cafe all its own and an expanded food menu, Queen City can apply some of the same zeal towards its local sourcing relationships. Bread and pastries from the new cafe are coming from local bakery Rebel Bread, and five points neighbor Goed Zuur Head Chef Anthony Lopiccolo is curating a small menu of seasonal sandwiches that can be delivered by foot.

Meanwhile, over at the brand new Mission Ballroom music venue, Queen City is operating a cold brew and mocktail bar. 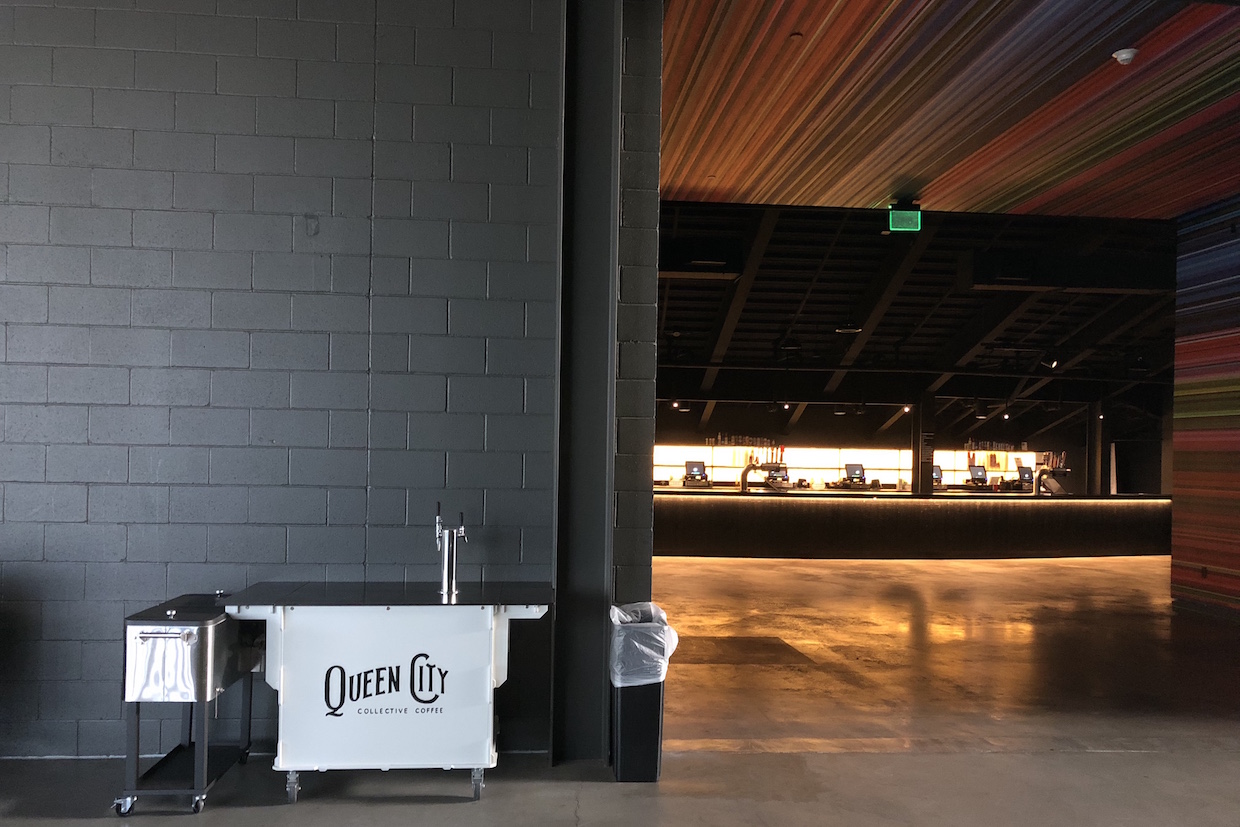 “We designed a cold brew cart where we can serve both iced coffee and nitro coffee during shows,” explained Byington, “and then we also wanted to be creative and see if there’s a way to tap into the sober-curious crowd or the designated driver crowd.”

“It’s been a really incredible experience to be able to serve the musicians that are coming through and provide a little bit of Denver hospitality,” Byington said. “The National in particular, they were saying, ‘we’ve been on the road for months, and this is the first venue where we can actually get a good coffee.’ The tour manager was almost in tears he was so thankful.”