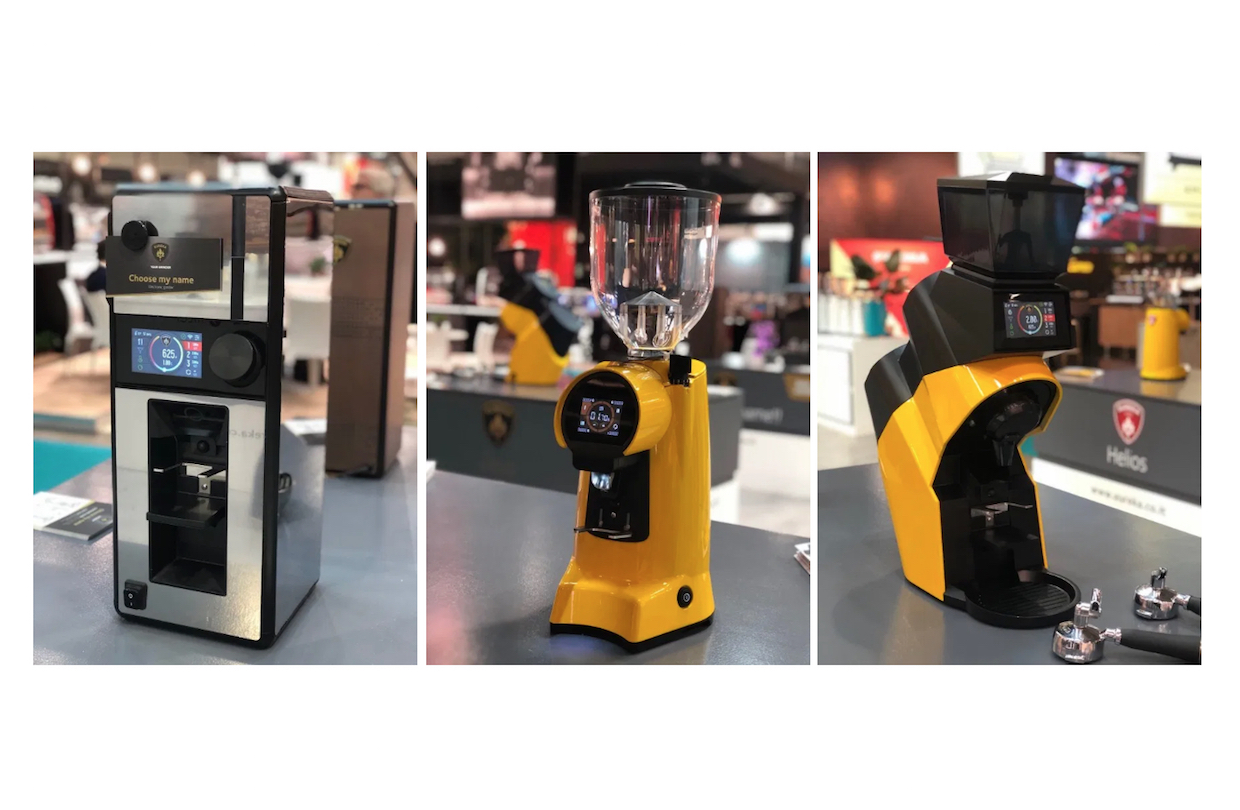 The three new Eureka grinders in the Giglio Oro line, from left to right: The Eureka Century (awaiting a new name based on the results of a public marketing campaign), the Eureka Helios, and the Eureka Zeus. All images courtesy of Eureka.

Italian coffee grinder manufacturer Eureka is expanding its offerings with a new family of machines bearing a new logo called Eureka Giglio Oro, which translates in English to “Golden Lily.” 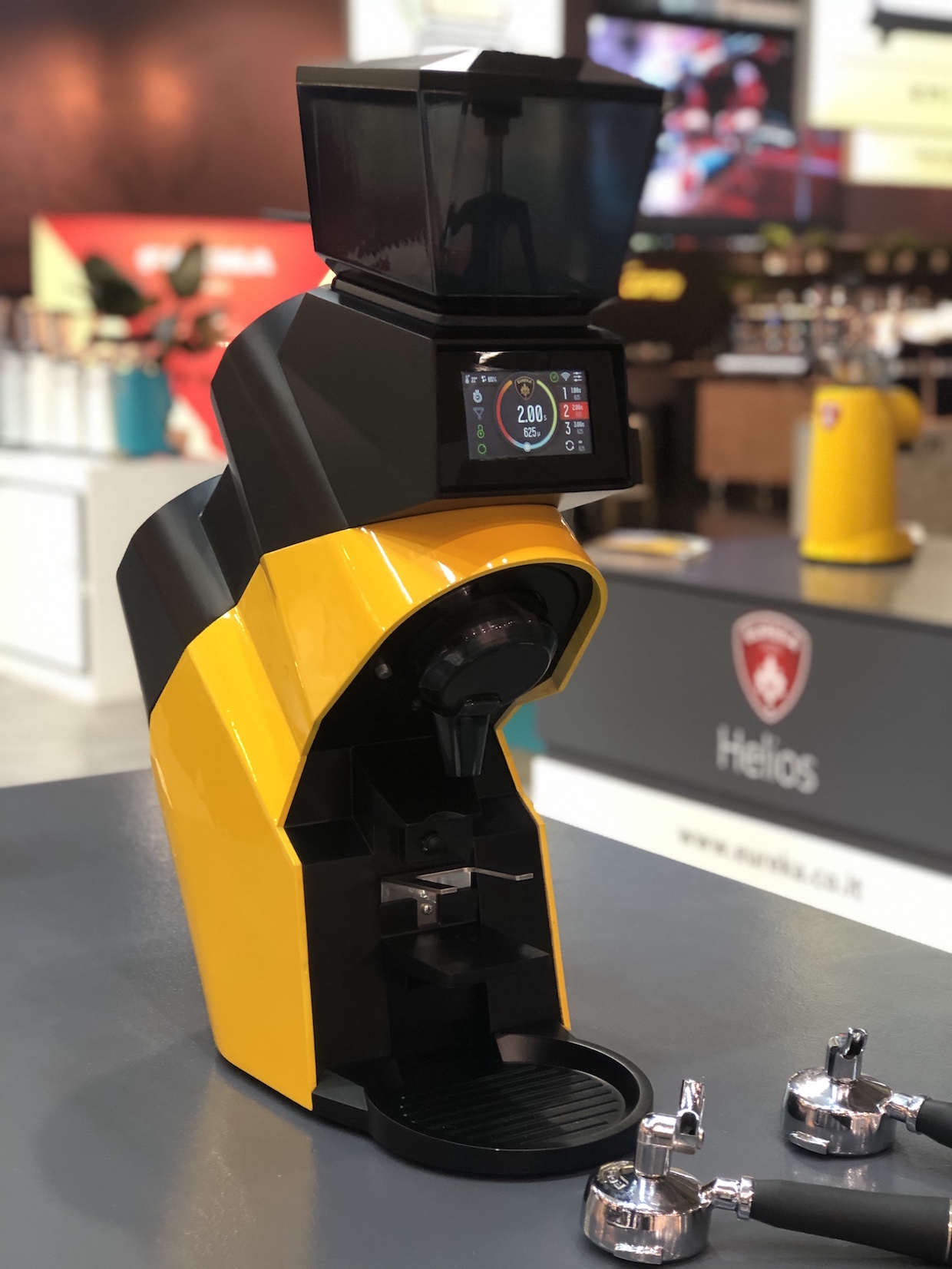 Of the Giglio Oro machines, the strikingly sloped and curvaceous Zeus appears worlds apart from the more streamlined, monolithic machine currently referred to as the Century. The latter machine will eventually bear a name decided by voters in an upcoming contest.

Despite their differences in appearances, the two grinders share several key strengths under the hood. Both are promoted by the Italian grinder company as running quietly, at around 15-20 decibels. Both feature IoT connectivity, a patent-pending digital micrometrical grind adjustment system, a patent-pending automatic portafilter recognition feature, and tricolor touchscreen displays that offer three programmable grind settings. The company is also pitching both models as having low retention by way of confidential proprietary new technology.

The Eureka Zeus and the Century are each kept cool with forced ventilation from internal fans while spinning flat 85-mm burrs at roughly 1400 RPM to grind between 5.5 to 6.5 grams per second, although that’s also where the differences begin to kick in. 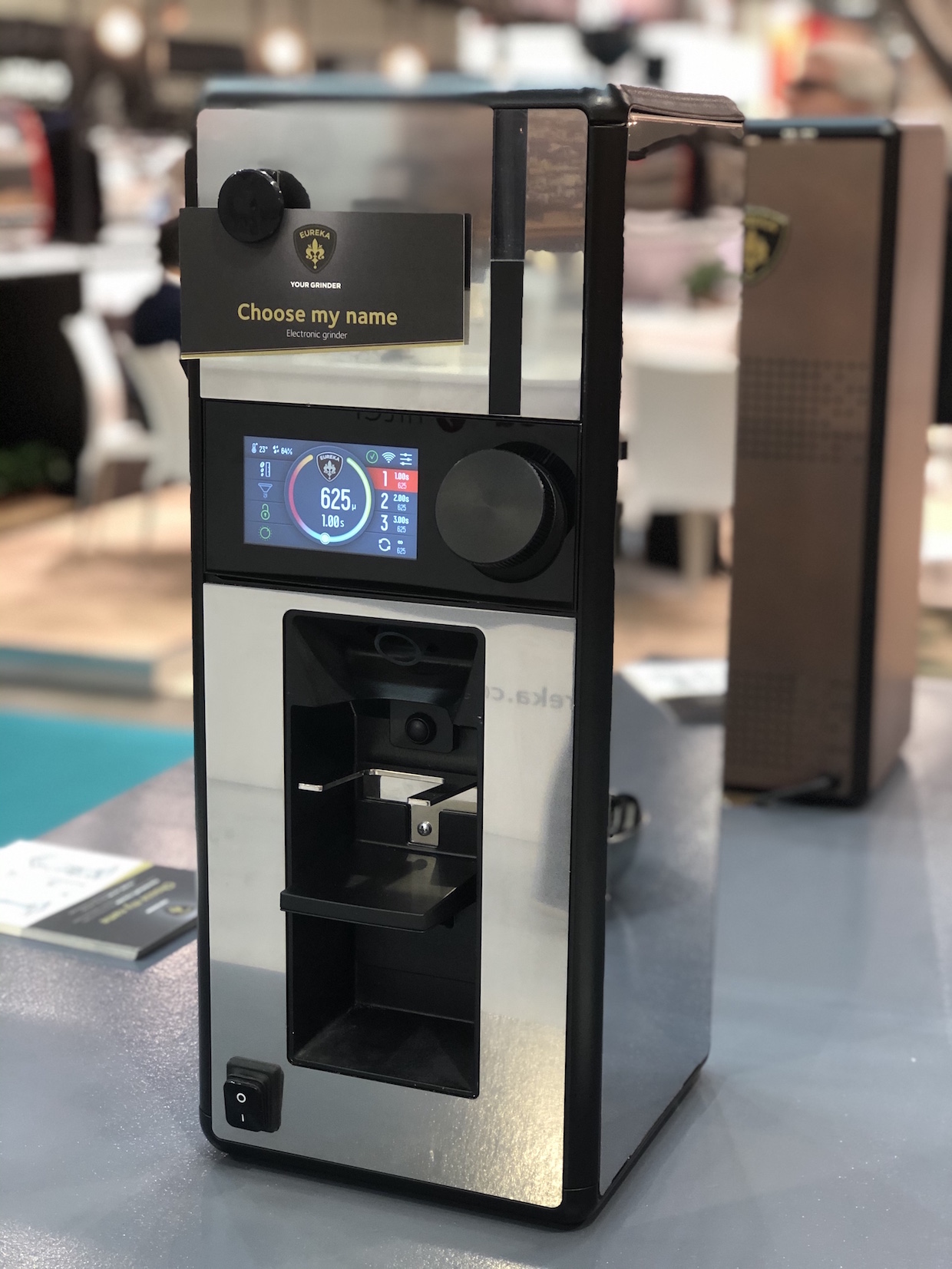 The muscular-looking Zeus is shaped to emphasize a displaced, belt-driven 1500-watt motor at its core, whose distance from the coffee helps keep temperatures low and flavors fresh. The more upright, rectangular Century features a direct-drive system using an 800-watt motor.

“A more iconic product, the first; a more compact coffee grinder, the second,” Eureka marketing representative Andrea Ballocci told DCN. “Both are enriched by the best technological research in the sector, with two different innovations currently under patent.”

The third grinder in the new line, the Helios, features a commemorative “Eureka 1920” badge, while the machine itself is geared towards speed and convenience in espresso production. 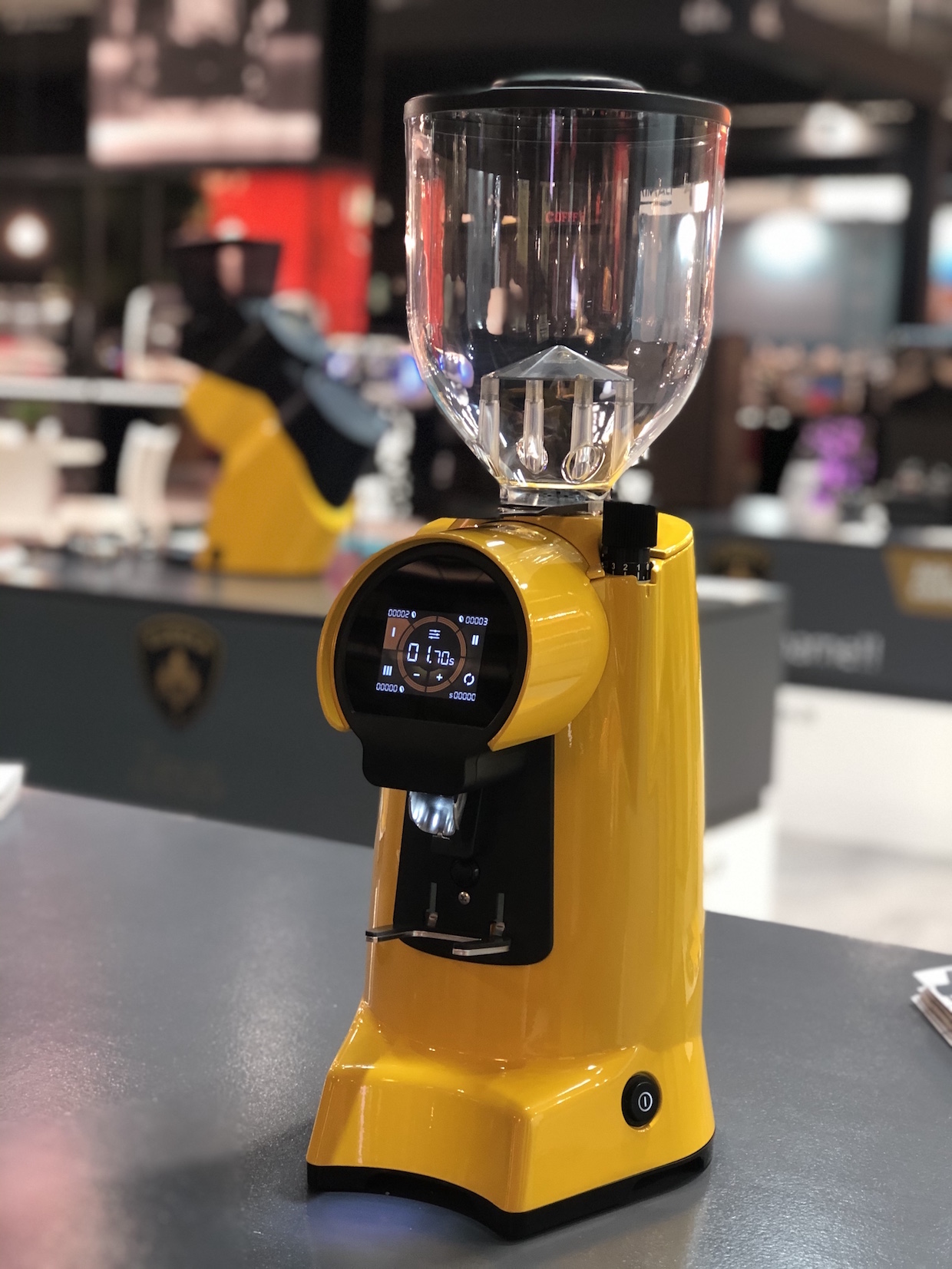 Said Ballocci, “Featuring extremely high productivity and modern design, it simplifies the barista’s everyday life thanks to even faster maintenance and a new multifunctional touch display.”

Variations of the Helios include machines based on either 65-mm or 80-mm hardened steel flat burrs, which can be upgraded to the company’s Diamond Inside burrs. The 80-mm version is the fastest its new releases, with a 950-watt motor turning out 6.5-7.5 grams per second. The front barrel of the grinder’s body houses a similar tricolor touchscreen offering three profiles and a pulse option.

Prices have yet to be announced for any of the three new machines. Ballocci said the Helios will be the first new machine to ship in the early part of 2020, followed by the Century mid-year and the Zeus towards the end of 2020.