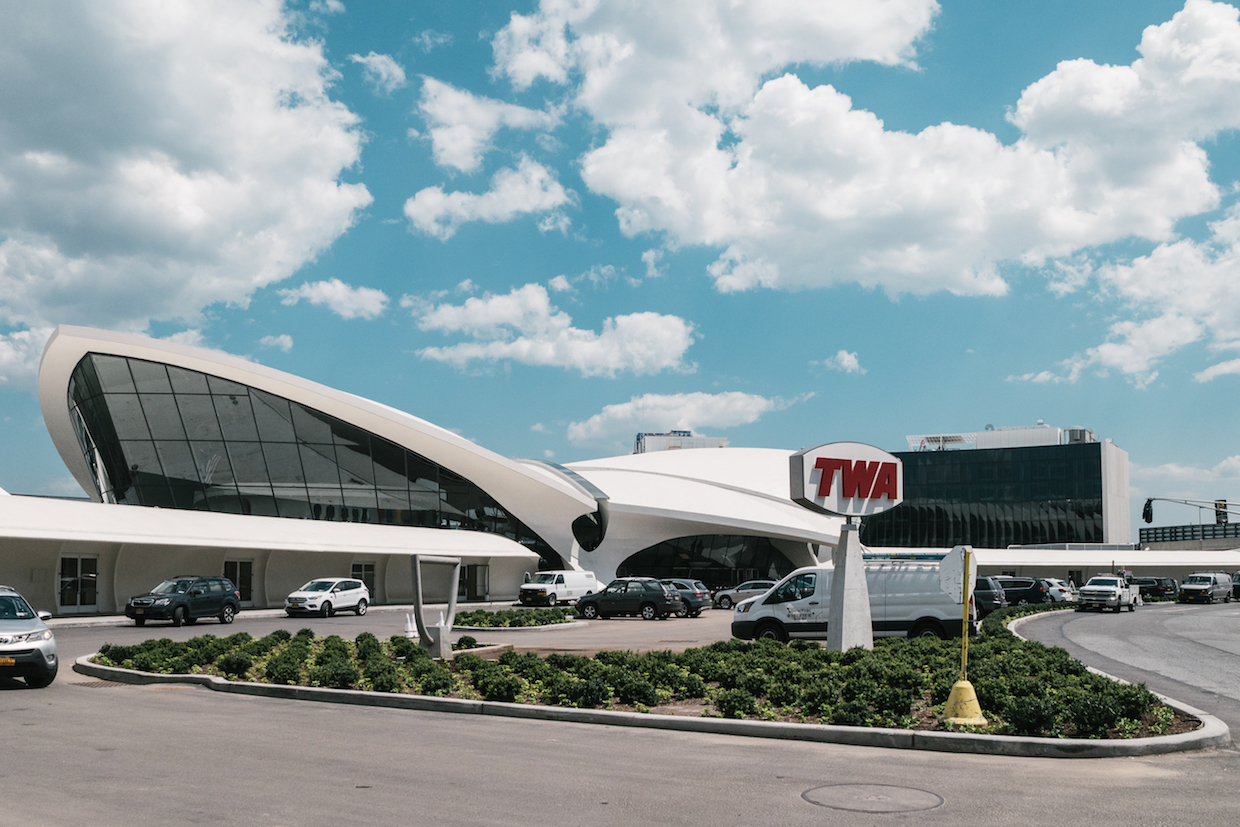 The TWA Hotel, which opened this past summer at Terminal 5 of JFK International Airport in Queens. Courtesy photo by Taylor Morabito.

Mid-century modern elements have been splashed throughout dozens of cafes that opened this year, but nowhere is a coffee bar more fully awash in the design style than at the TWA Hotel at JFK Airport in Queens, New York.

The coffee bar — along with at least three mobile coffee carts — are all run by Chicago Third Wave pioneer Intelligentsia Coffee, which came to the hotel through an existing relationship with the developer MCR. The development group was also behind the High Line Hotel in Chelsea, where Intelligentsia opened its first New York retail outpost way back in 2013. 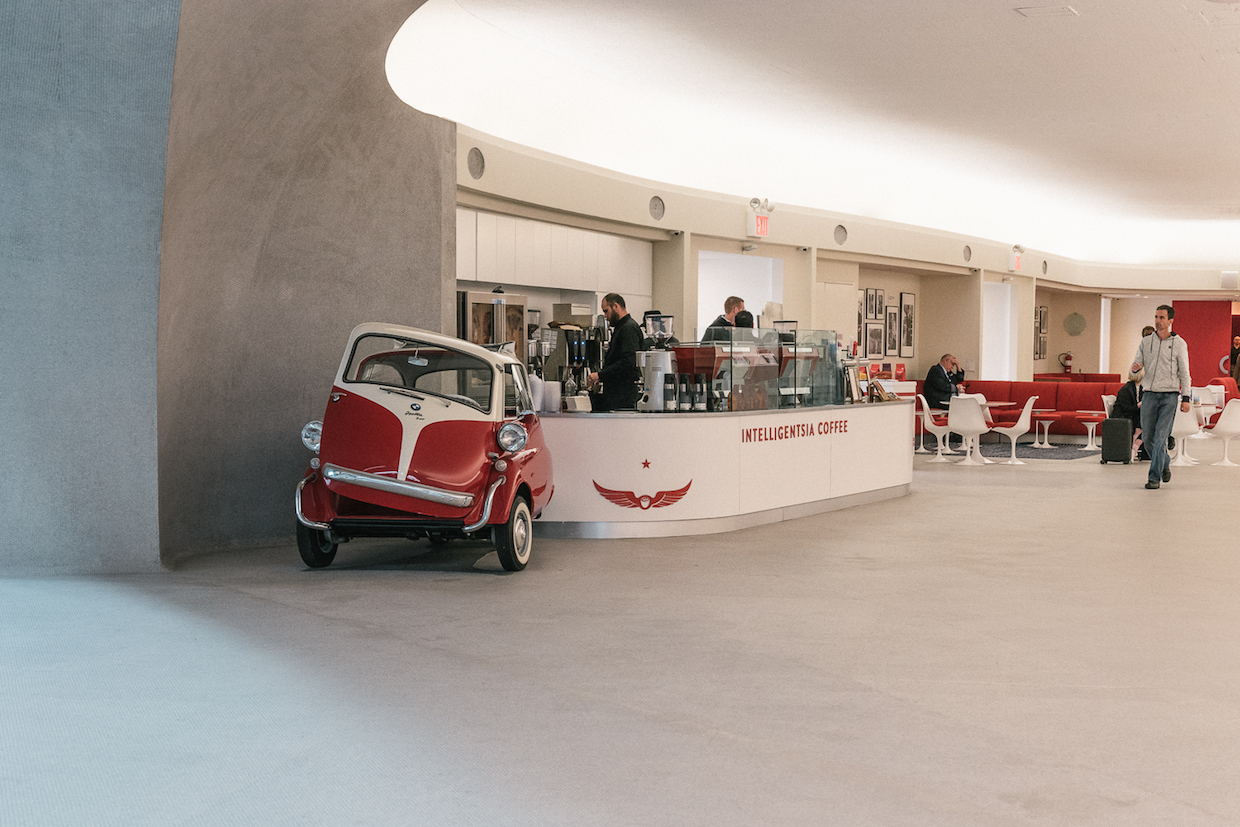 The Intelligentsia Main bar at the TWA Hotel. Courtesy photo, by Taylor Morabito.

The TWA hotel was originally designed by Eero Saarinen as a working airport terminal for Trans World Airlines, opening in 1962 before closing in 2001 and serving as an abandoned yet simultaneously iconic architectural landmark to travelers through JFK ever since.

The Intelligentsia main bar sits across from the check-in counter while the mobile carts offer quick service to hotel guests and other terminal visitors within the 200,000-square-foot lobby. 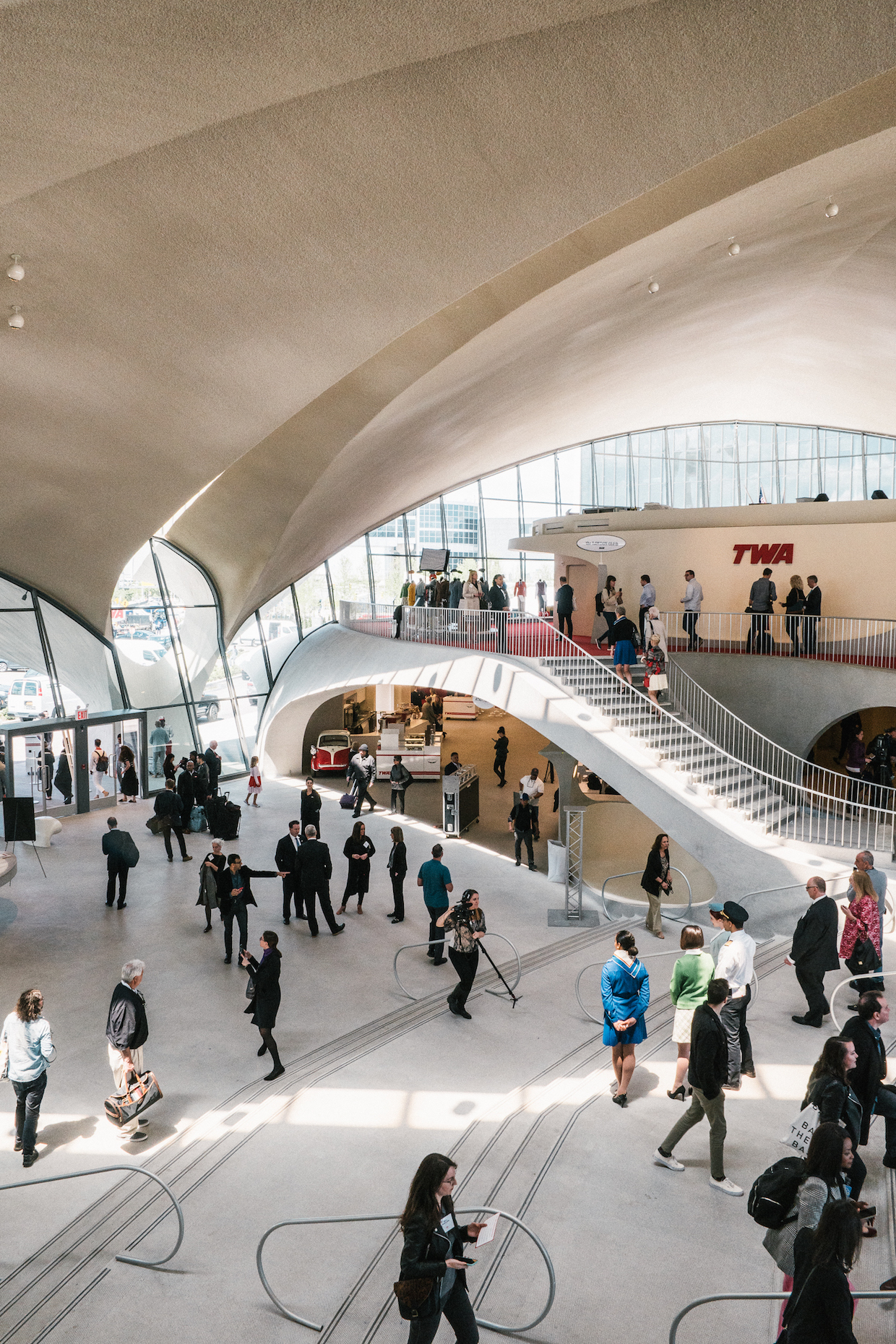 Two red La Marzocco KB90 machines flanked by Mazzer grinders crank out espresso drinks atop the main bar, and a three-group Poursteady machine mechanically replicates individual pourover brews. Intelligentsia at the TWA is also offering flash-chilled cold brews and other tapped drinks, along with teas from Kilogram, and instant coffee produced in concert with Sudden.

Intelligentsia at the TWA Hotel is located at One Idlewild Drive, at Terminal 5, JFK International Airport in Queens, New York.