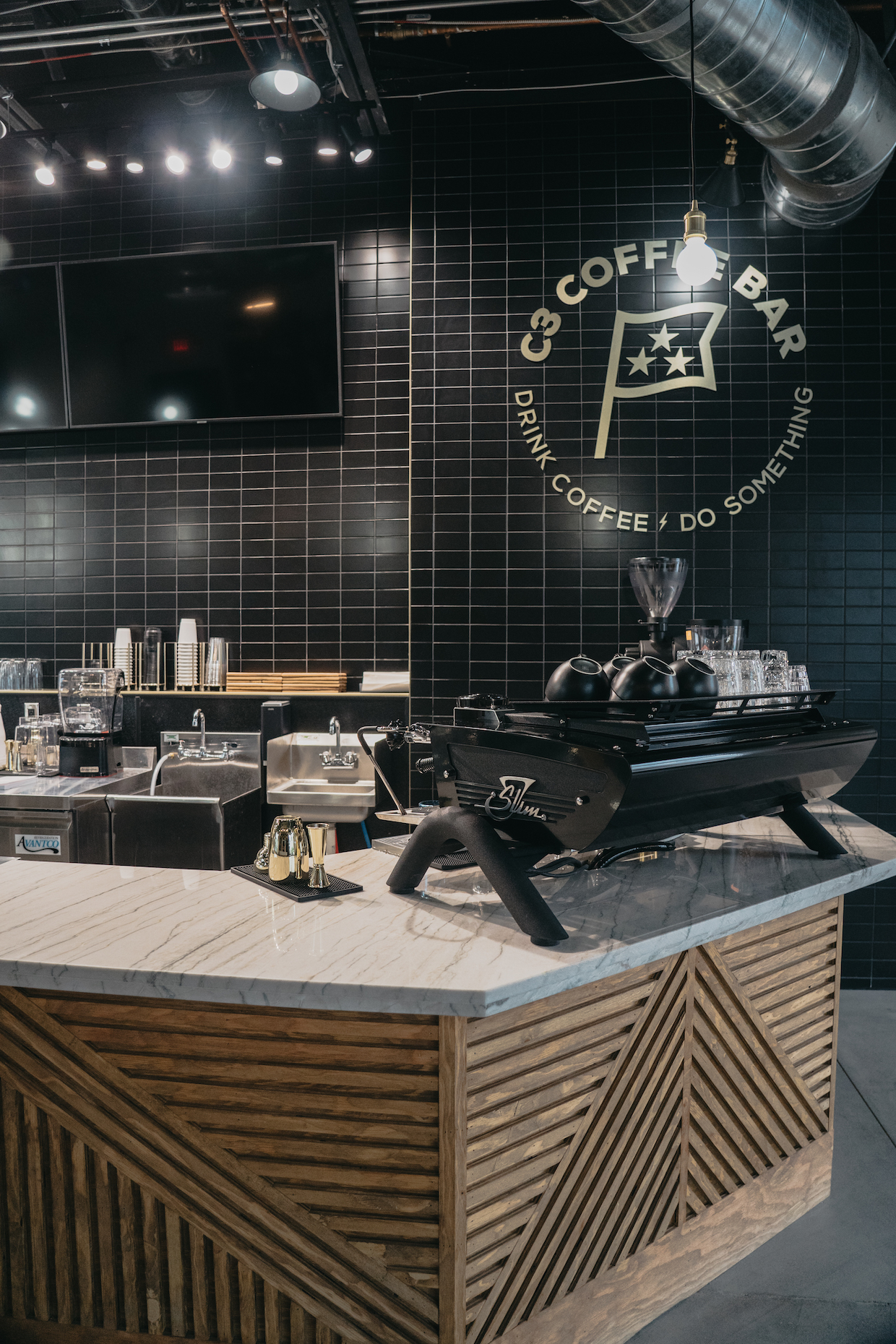 While most people heading to Las Vegas are just popping in for two or three nights, the newly opened C3 Coffee Co. in downtown Las Vegas has plans to stay a while.

C3 is a splashy new roastery and cafe that came to Las Vegas all the way from Conway, South Carolina, where the company opened its first coffee shop in 2016. After launching a roastery in 2017 and opening a second shop in nearby Carolina Forest, South Carolina, two months later, the company began roasting and brewing coffee in its Vegas shop this past December. 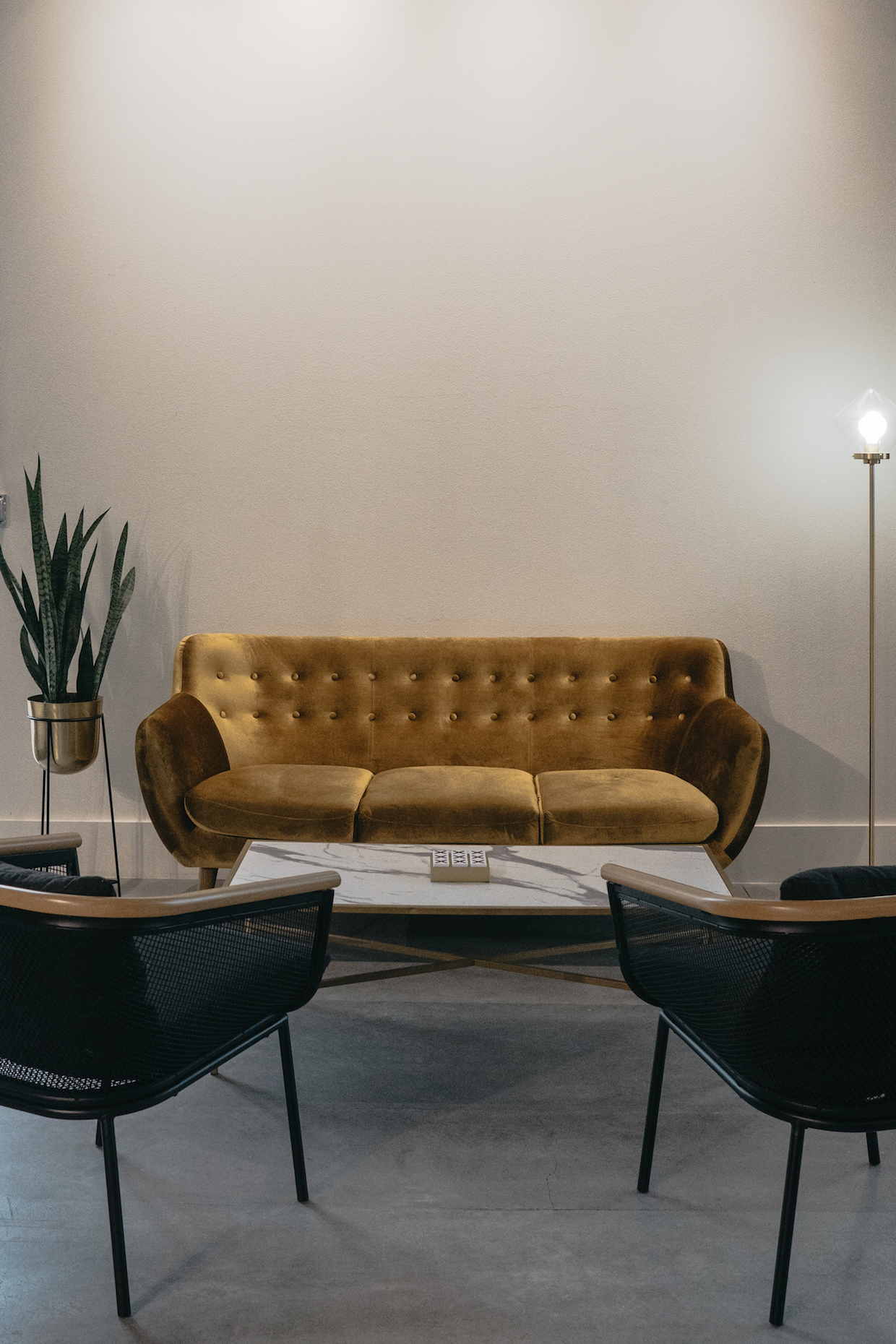 C3 did not land in Sin City coincidentally. It is technically a nonprofit, part of the non-denominational Christian church called The Rock Church, based back in Conway, that shares the same tagline as the coffee company: “People Matter.”

“We’re not using [the coffee shop] to brainwash anybody, and we’re not using it for financial gain of the church itself, but when we do need some help, we have the backing of the church,” C3 Coffee General Manager Matt Mitchell told Daily Coffee News. “It’s a great way that we saw to be able to contribute to local communities.”

In Las Vegas, C3 makes community rooms available to various local groups for free or at little cost, while providing community-related programming of its own and donating a share of its proceeds to other community or nonprofit efforts. This month, for example, the Las Vegas location is donating proceeds to fire-fighting and recovery efforts in Australia, said Mitchell. 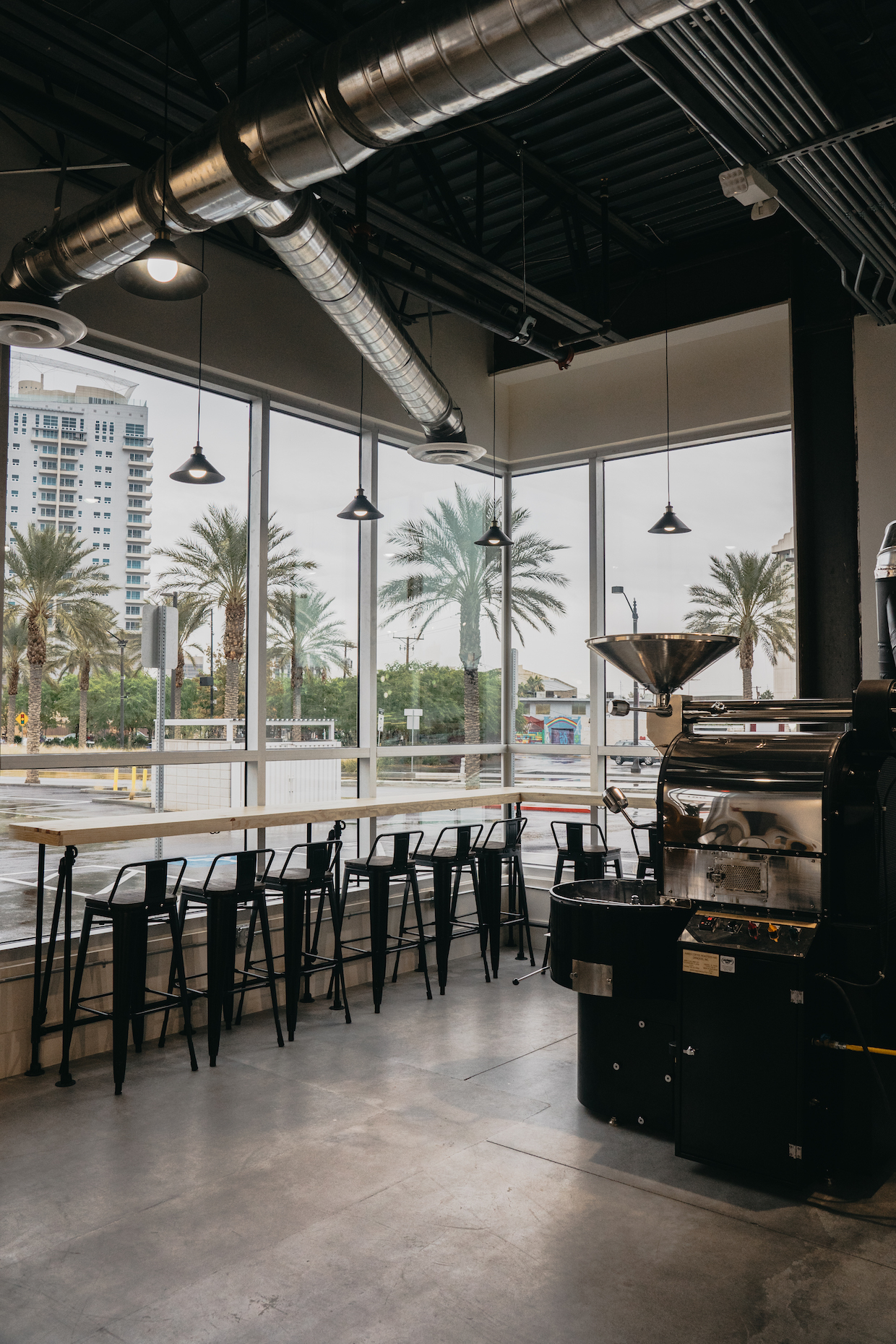 Providing much of the earthly fuel, of course, is the coffee, which C3 primarily sources from Charleston, South Carolina-based importer Balzac Brothers, while it also secures a Colombian coffee from the Florida trading company Yellow Rooster.

“They’re very connected with their farms and have a relationship with the source themselves and making a positive impact… and of course the quality of their product is fantastic,” Mitchell said of fellow South Carolinian company Balzac Brothers. “Plus, for us to be able to drive two hours and pick up our coffee if we need to is great.” 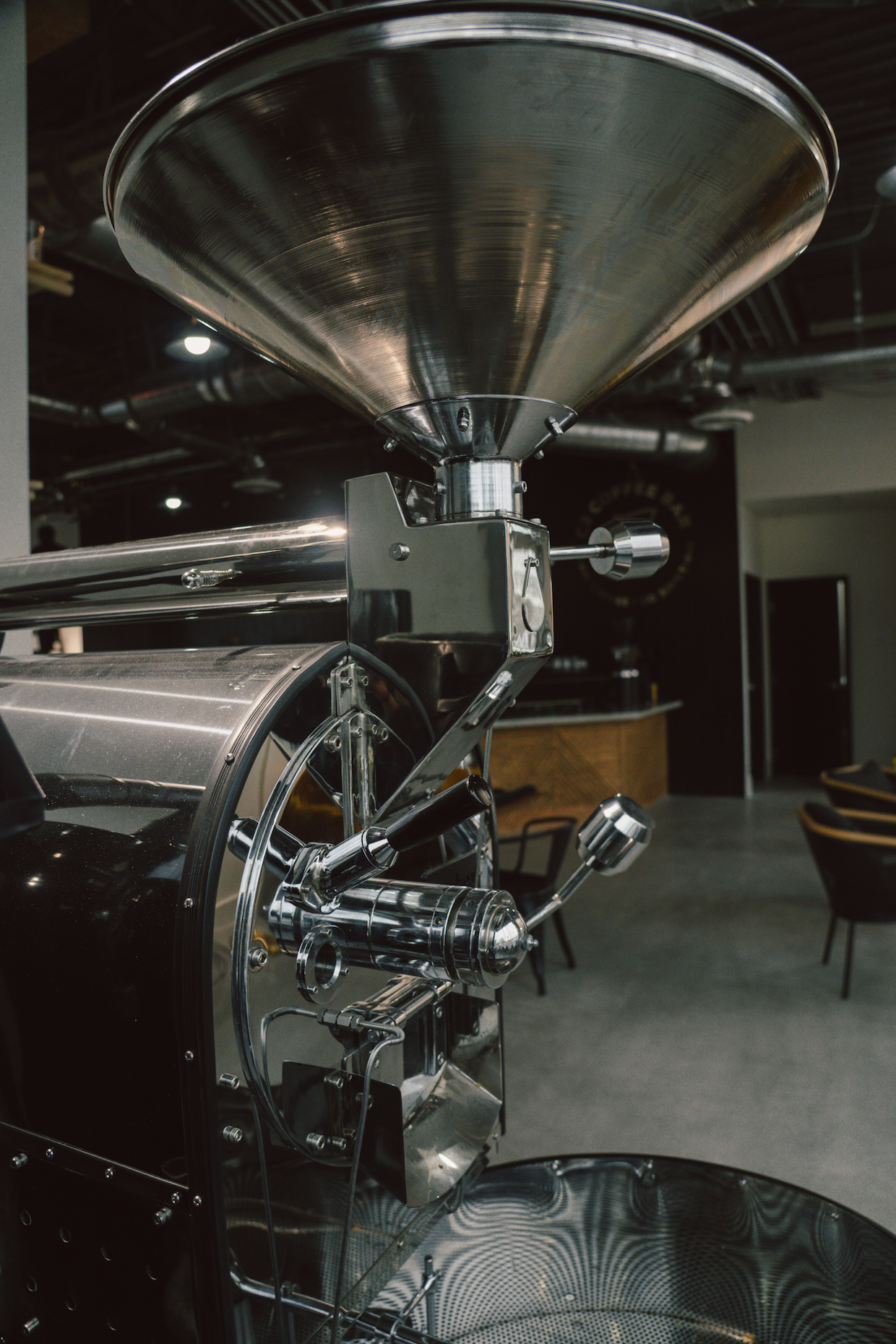 Those coffees are now making their way to a new Ambex YM-15 roaster in the heart of the retail cafe in Las Vegas.

“Our roastery is wide open so people can come in and ask questions while we’re roasting,” said Mitchell, adding that most of the coffees are roasted to lighter or medium levels, although some are pushed a little farther to meet local tastes. “There are a lot of people who have been drinking specialty coffee in Vegas for a lot of years but they may not know the terminology or processes.” 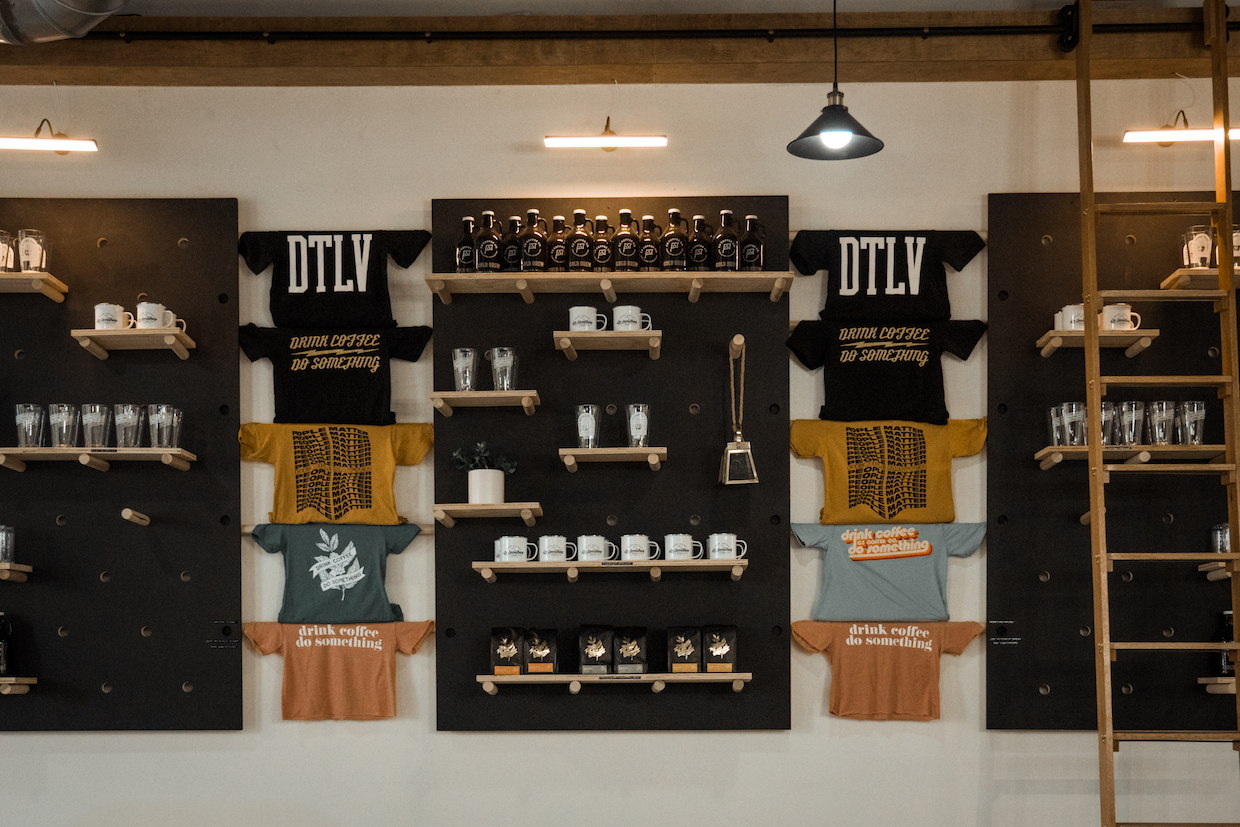 With about five single-origin coffees on offer on any given day, the Vegas coffee bar includes a Kees van der Westen Slim Jim espresso machine supported by two Mahlkönig E65S grinders, along with an EK43 for batch brews and a range of manual brews.

With a clean design led by Mitchell, his wife and C3 store manager Amanda Mitchell and another Rock Church representative inside a brand new mixed-use development, the shop has all the trappings of a Third Wave coffee space, yet Mitchell noted that coffee quality is not the ultimate pursuit here. 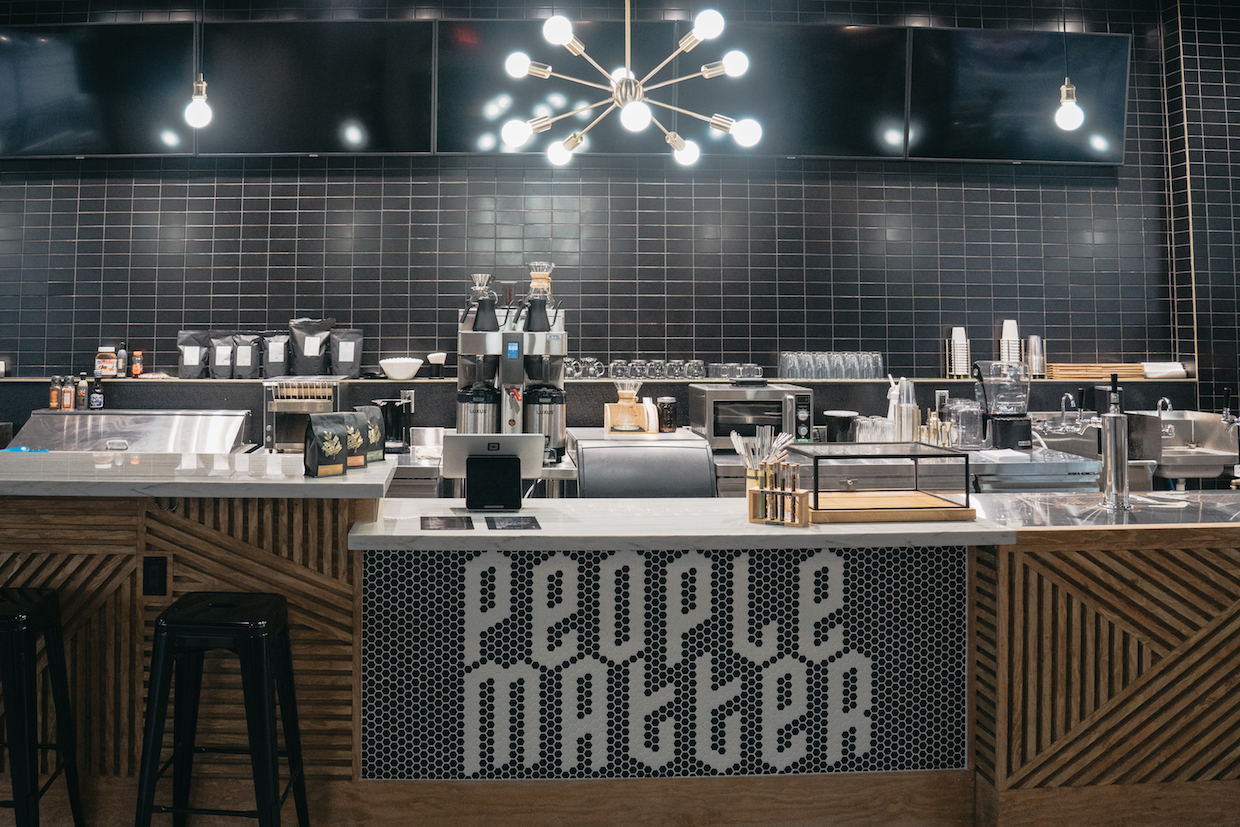 “We realized we needed to have options not just for Third Wave coffee drinkers… We’re lying to ourselves if we say that ‘people matter’ but only in the way that we want them to,” Mitchell said, adding that in addition to single-origin espressos from high-scoring greens, the shop will offer “frapps” and a range of other sweetened drinks with house-made sauces and syrups. “Yes we want to offer these things, but we want to make them as great as possible.”

Mitchell cited PublicUs, Vesta Coffee Roasters and Mothership Coffee Roasters as being among the local coffee companies who have helped to move the craft of commercial coffee forward in Las Vegas, paving the way for another specialty purveyor such as C3, whose name happens to stand for “Coffee. Conversation. Community.” 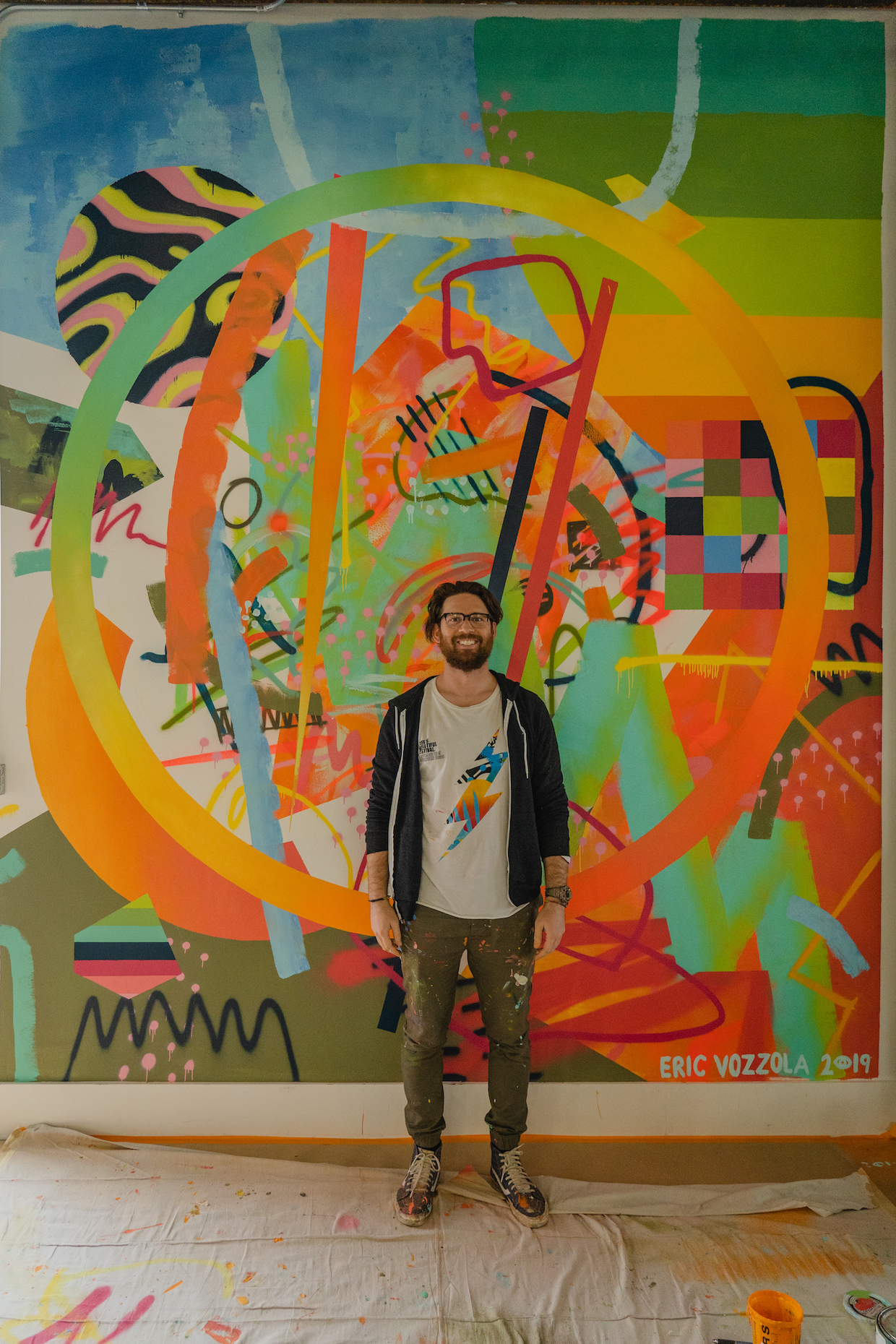 “We’re an open book and we’re helping other shops as well,” said Mitchell, who added that the company is presently sharing its roastery space with another Las Vegas upstart coffee company. “We believe coffee should be shared.”