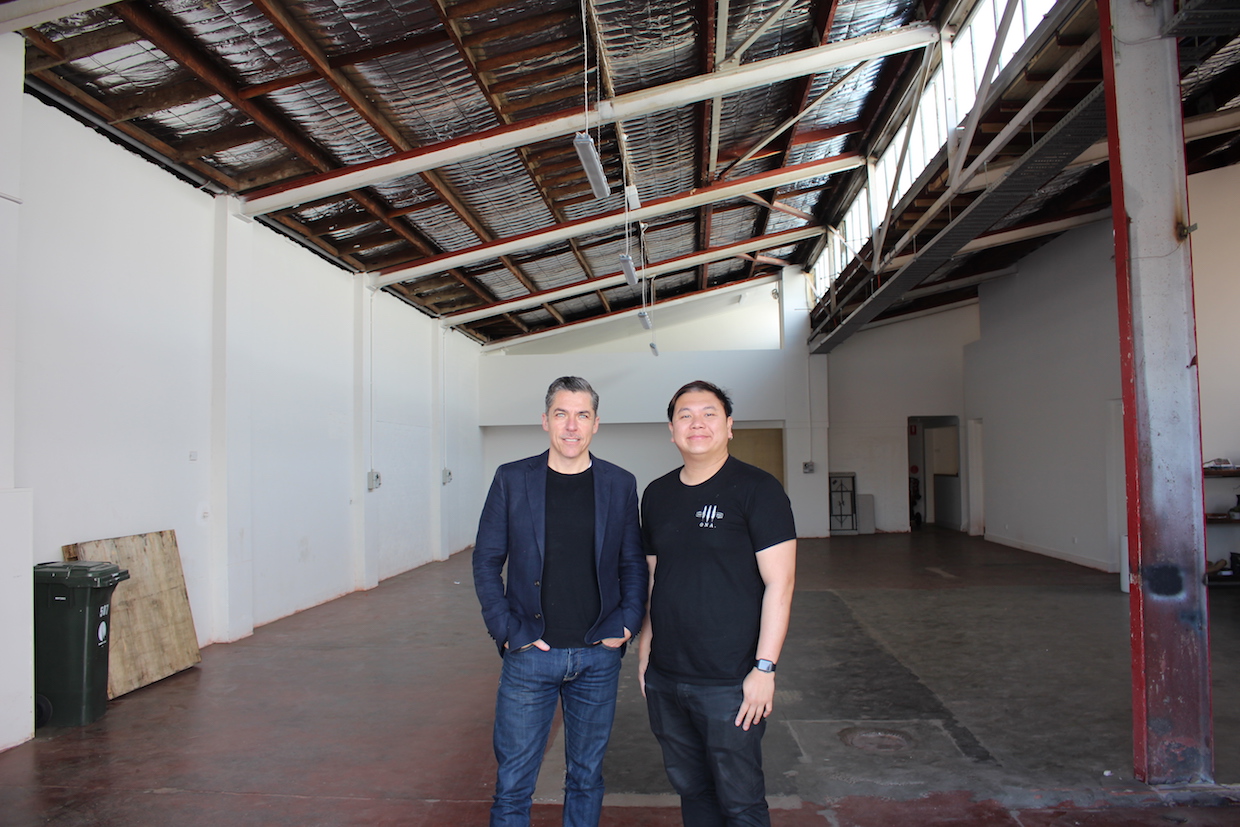 Though the skies over Canberra, Australia, have lately been hazy with smoke from the country’s catastrophic brushfires, Ona Coffee has been converting what light remains into energy.

The coffee company founded by world champion barista Sasa Sestic has converted the building comprising its headquarters, roastery and adjoining cafe to be powered 100% by solar energy.

“Sustainability is of great importance to us, and extends from our connections to origin to the way we serve coffee in cafes,” Sasa Sestic told Daily Coffee News. “Of course, putting measures into place at origin to promote sustainability is fantastic, but moving forward I think that attention needs to be given to every single link in the coffee chain. As a roasting business, the installation and use of solar technology at Ona Coffee is a step we’re taking towards creating a more sustainable future not only for coffee, but for the wider community as a whole.”

Throughout 2019, roughly 530 solar panels were installed on the roof of the company’s approximately 7,500-square-foot facility in Fyshwick, just outside Canberra. The panels took six workers about two months to install, according to Ona Coffee Marketing Manager Jordan Montgomery, who told Daily Coffee News the company then waited another six months to test the system and monitor its energy production before going public with the news last week.

“I am unsure of the cost of purchasing and installing all the panels,” said Montgomery, “but our estimates show that they’ll ‘pay themselves off’ in less than two years.” 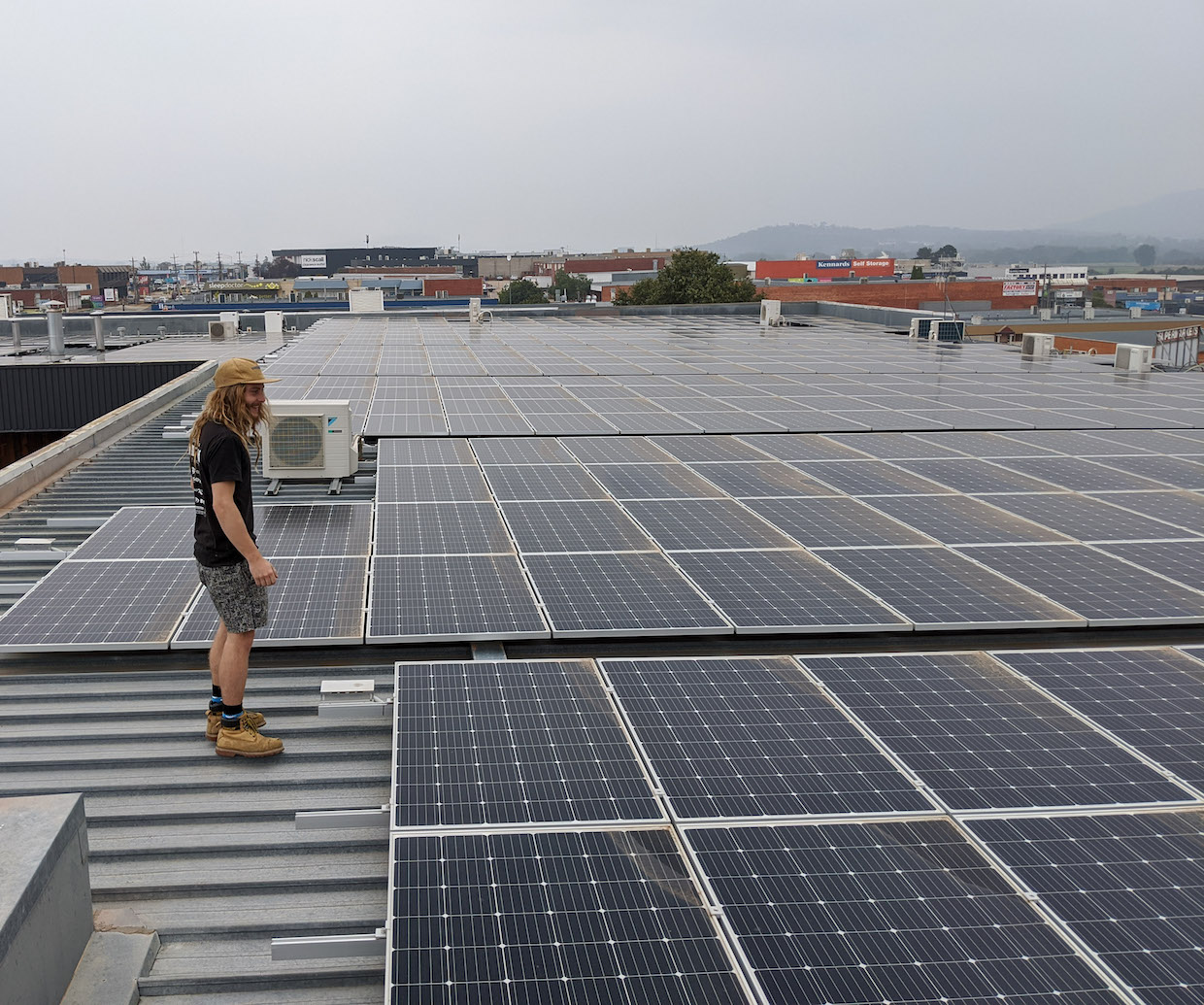 Fortunately, the wildfires and equally wild weather, both of which have caused destruction and disruption of local property and services, haven’t had too much of an impact on Ona’s recent upgrade.

“The energy production hasn’t been affected at all, thankfully,” said Montgomery. “First it was hazardous levels of smoke from fires on Australia’s southeast coast, and it wasn’t budging because of the way the valleys and such work here. It was only when there was a severe change in weather — gale-force winds and hail the size of golf balls — that the smoke cleared, but in doing so the hail damaged thousands of cars and buildings.”

More fire broke out closer by only a few days after that storm, which, according to Montgomoery, forced an airport closure and evacuations from the area. A tire yard and a recycling center caught in that blaze then also sent hazardous, toxic smoke into the air that Montgomery said is still lingering. While the panels emerged unscathed from the hail, Ona has had to keep an eye on the ashes and dust.

“We are currently cleaning them monthly,” said Montgomery. “We were told we should do so every six months, but with everything that’s been happening, we’ve needed to do it more often.”

The roasting equipment, whose drums and sensors now live off converted sunshine, includes a trio of Giesen machines with 45-kilo, 30-kilo and 15-kilo capacities, respectively, plus a baby Giesen for sample roasting. All of these also consume natural gas to create heat, although Montgomery said Ona is open to experimenting with halogen and other more sustainable heat sources in future equipment.

“We love our Giesens and aren’t looking to replace them any time soon,” said Montgomery. “We’re just exploring how we can expand our roasting style and skills with a different roasting technology. Whatever we decide to experiment with, it will be in addition to our Giesens.”

A sixth Ona coffeehouse is projected to open this spring, according to Montgomery, who said Sestic and the Ona team are also working on other new projects to be revealed in the coming months.

“We have some major sustainability measures being put into place, some new tools in development, some exciting plans for the Melbourne International Coffee Expo (MICE) and some planned collaborations in the next few months,” said Montgomery. “I wish I were able to share more news now, but I don’t want to spoil any surprises, do I?”