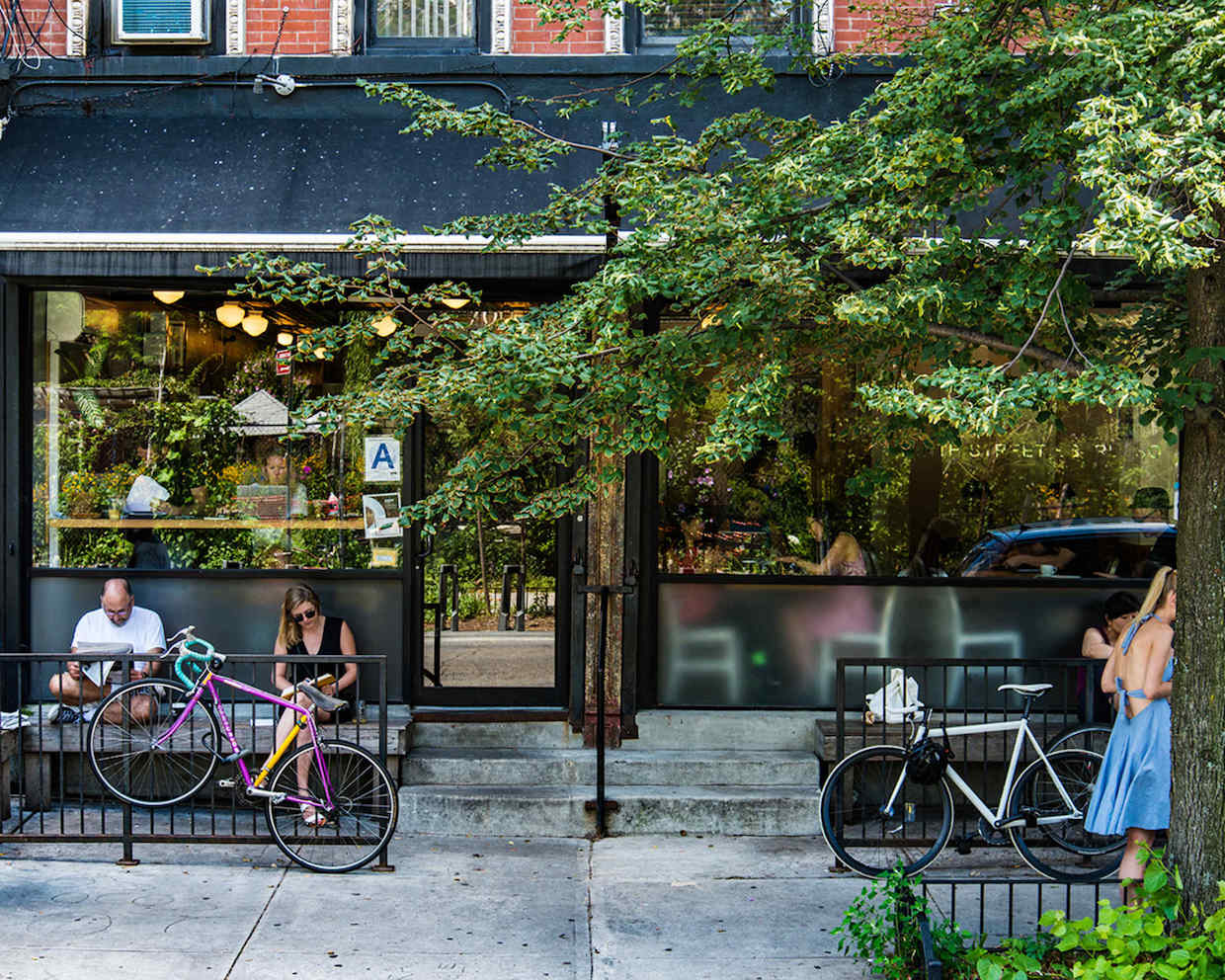 A focus on contemporary espresso craft, a commitment to snobbery-free customer service and innovations in coffee menu simplicity are among the factors that have helped Ninth Street Espresso earn modern legend status in New York City, while influencing countless other independent shops in the process.

Beginning about two weeks ago, the roasting company introduced another twist to its cafes — one that Ninth Street Founder Ken Nye hopes will be more influential than all the others before it: a 25-cent up-charge for single-use cups.

“We are a small, independent business and yet we see hundreds of thousands of single-use cups go through our shops every year. A shift in habits could be huge, especially if there is some industry momentum behind this,” Nye recently told Daily Coffee News. “Creative and innovative change in our industry usually starts with the independents, so let’s get this going and create a new standard.” 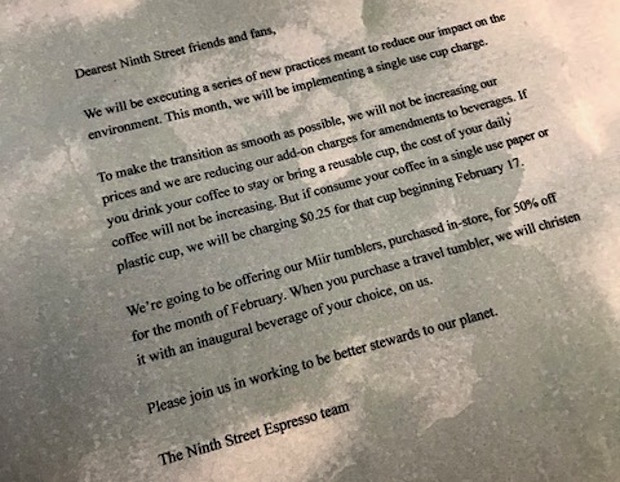 Ninth Street’s coffee menu — which has undergone only a few thoughtfully measured modifications since the debut of the original East Village shop in 2001 — is already fascinating in its simplicity. It includes only hot coffee, cold coffee, espresso, and espresso and milk, with no published cup sizes.

The 25-cent up-charge has now been applied to single-use cups, while a former 50-cent up-charge for certain ingredient additions or alternative milks has been dropped down to 25 cents.

“We elected to reduce up-charge pricing to 25 cents to help offset the impact on customers. We also thought it would be a good way to contribute to the program and do our part,” Nye said. “We hope that any net returns that we realize from the single-use charge will diminish as more people participate over time. Any gains that we might realize from the up-charge can help pay for implementing new post-consumer and recyclable products, which unfortunately are still much more expensive than traditional disposable products.” 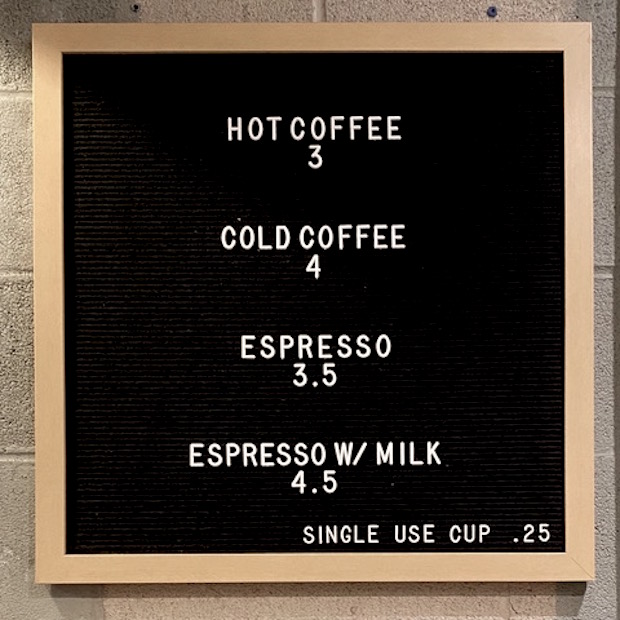 According to Nye, this is the first time that the small coffee chain’s pricing structure has reflected an effort to influence consumer behavior. Despite such new and potentially fraught territory, Nye said the early response to the change has been largely positive from regulars and first-time visitors alike.

“Leading up to this, we discussed the idea with others in the industry and there was some concern that New Yorkers might not go for this program,” Nye said. “I am glad to say that so far they are not only accepting, but enthusiastic about it. There has been an immediate uptick in the number of people bringing reusable cups with them. It is still too soon to compile real data, but we are optimistic that this will dramatically reduce the number of single-use cups pushing through our shops.”