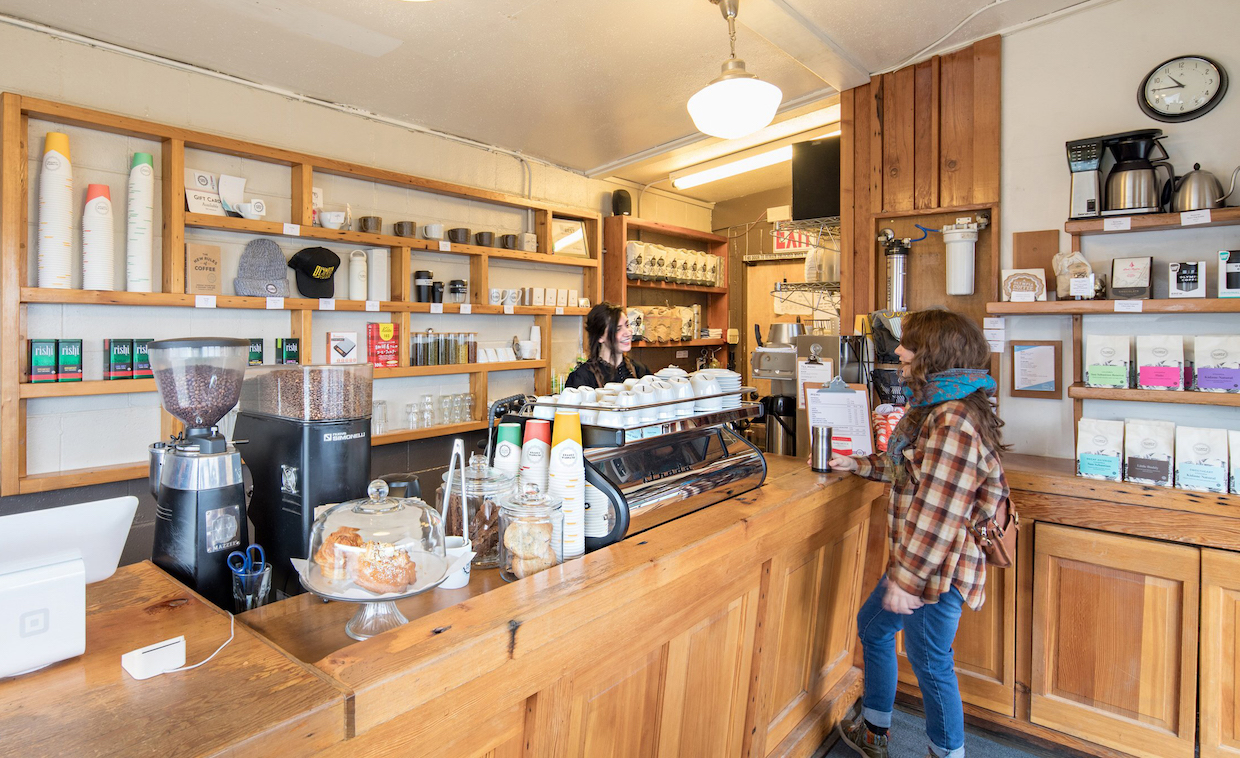 As more roasters are forced to toe an increasingly blurry line between the health and safety of their staff and the financial health of their business amid the coronavirus COVID-19 pandemic, some are turning to their own products for support.

Roasting and retail companies from numerous states have recently launched bagged, roasted coffee offerings with names like Barista Blend, Tip Jar or Social Distancing Blend, with all or a portion of the proceeds from direct-to-consumer sales going towards staff who have unfortunately been laid off.

The emerging trend follows a wave of “virtual tip” jars, primarily for baristas and other workers who are losing wages due to closures and shelter-in-place orders, that seems to have crested last week. 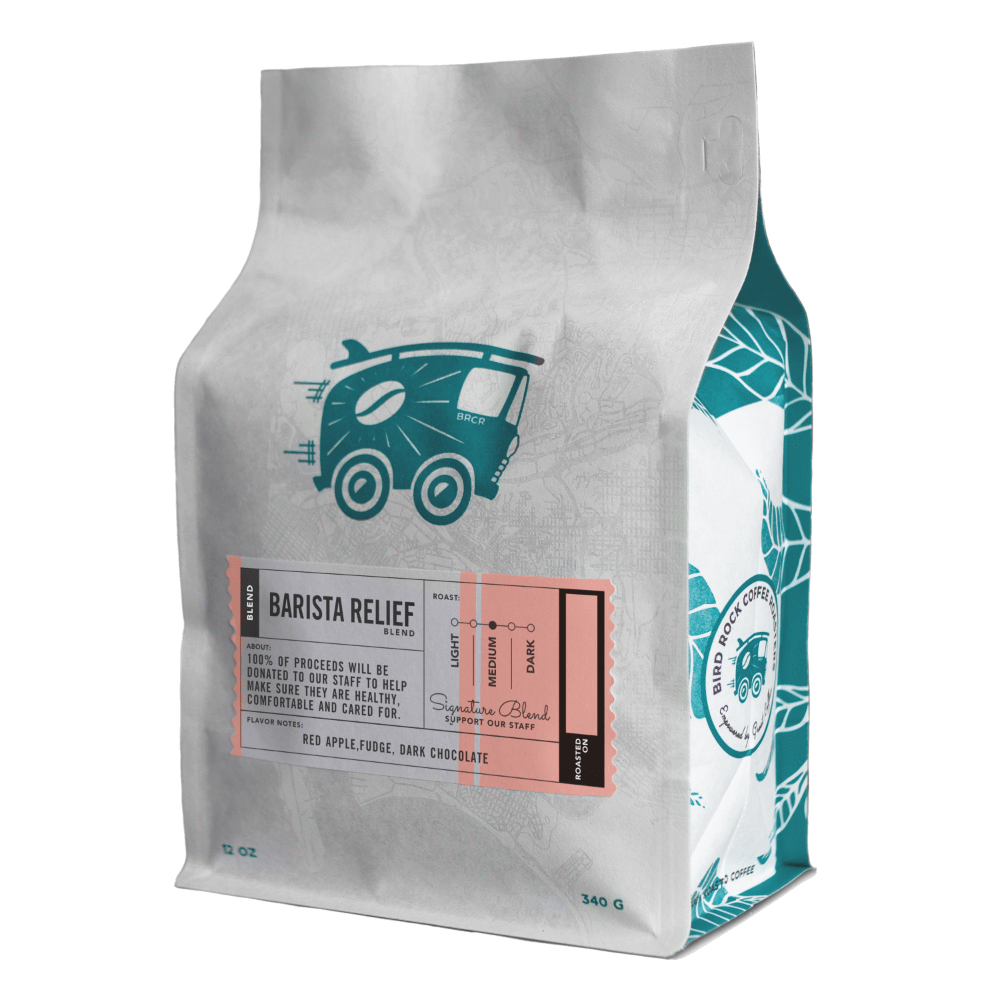 “Basically when it became very apparent we needed to shut down, I couldn’t in good conscious put my staff out there where they could get sick,” Jeff Taylor, owner of San Diego-based Bird Rock Coffee Roasters, said of the decision to close all retail locations ahead of any mandate to do so. “On the flip side of that we have staff members who rely on every penny they make.”

Thus, the company has launched the Barista Relief Blend, a blend of coffees that are readily available at the roastery, with all proceeds going to staff who have temporarily been put out of work. Sales of the blend have been augmented by a GoFundMe campaign created by members of the Bird Rock team.

In the meantime, laid off staffers are free to pursue unemployment benefits, while the proceeds, however modest, from the relief blend and the crowdfunding campaign, also roll in.

“We are able to get them money without being payment for services,” Taylor said. “It could be a donation.” 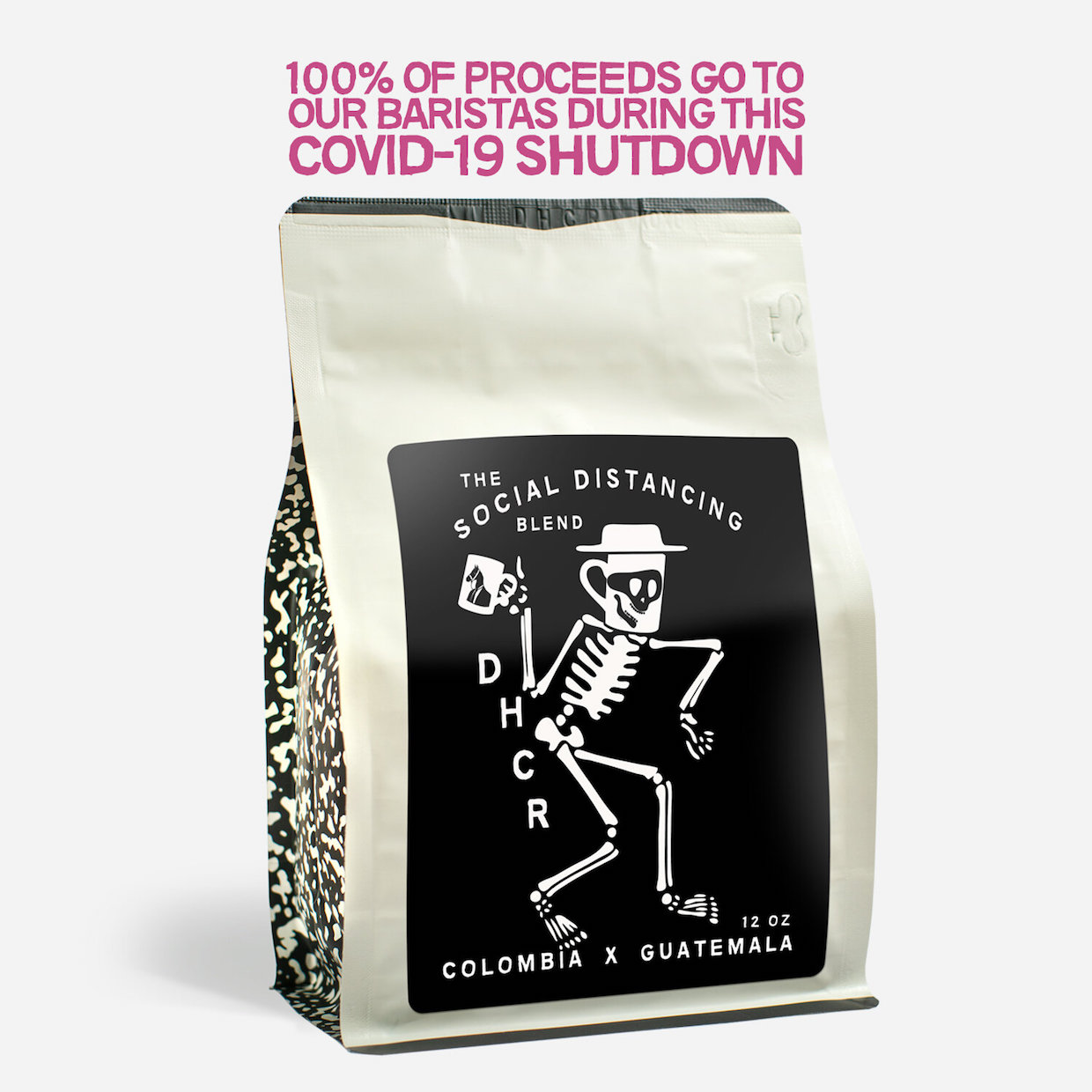 “We saw restaurants and other stuff start to close in San Francisco and L.A., and we knew that San Diego would be next,” Dark Horse Co-Owner Bryan Charlson told DCN. “As we were sending notices out to our managers and other co-workers, we immediately hit the drawing board to come up with ideas about how we could support them during the closure.”

The result is the Social Distancing Blend, consisting of a coffees from Guatemala and Colombia, with 100% of the proceeds going to out-of-work staff. The blend, which is now on pre-order after a first round of 400 orders sold out in a matter of days, according to Charlson, is also being bundled with a t-shirt for added revenue for staff.

On the decision to offer products of its own to support staff, Charlson said, “We like to go the extra mile and do something tangible.” 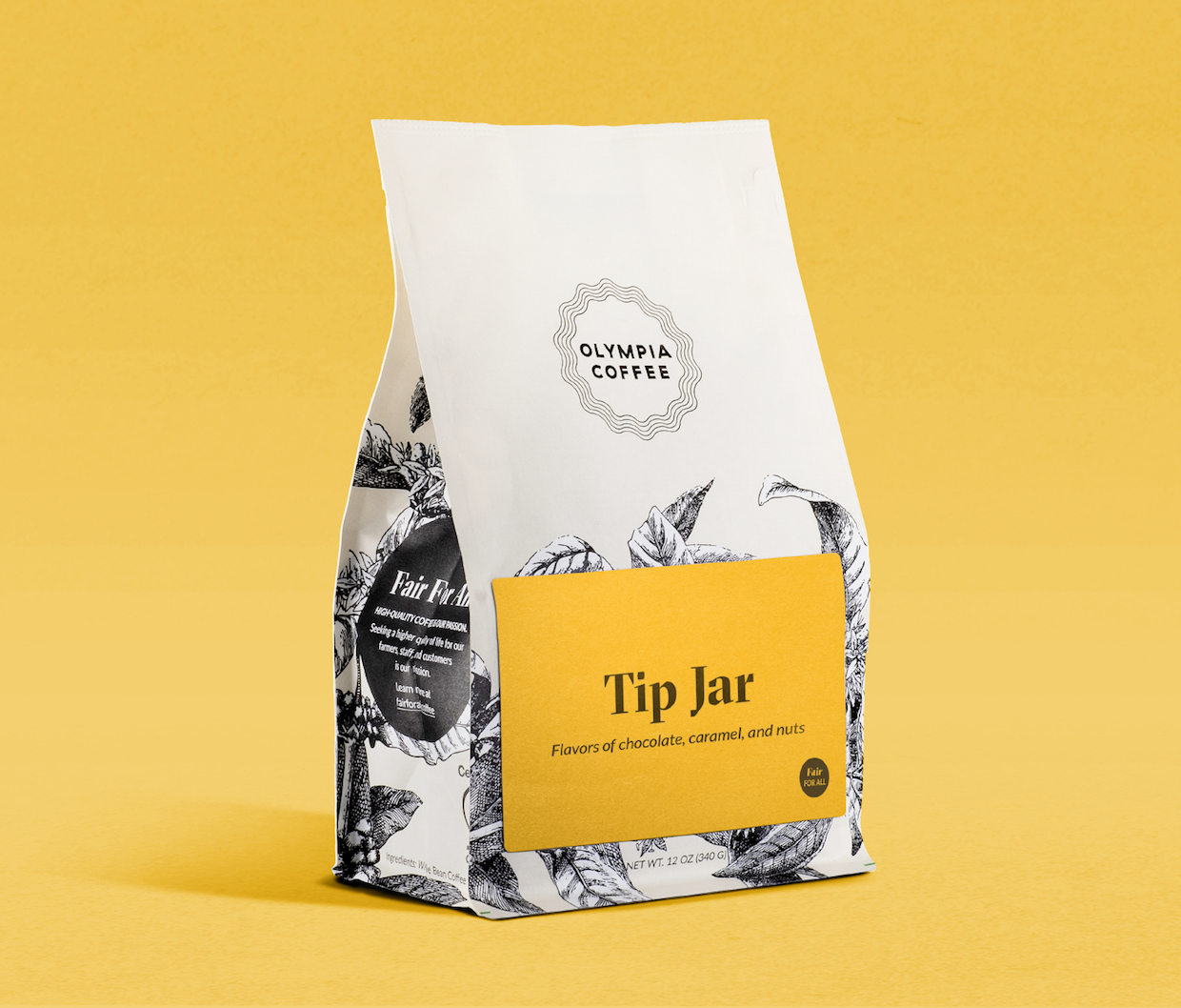 Following a week of modified hours and cafe operations, staff at Olympia Coffee must cope with closed locations. The Tip Jar benefit coffee is an initiative by Olympia Coffee to offset the financial hardship staff are facing as a result.

In Washington state, which was the first U.S. state to feel the devastating social and economic effects of the pandemic, Olympia Coffee Roasting has released a coffee called Tip Jar, with all proceeds benefiting staff. Olympia has also temporarily shuttered all its retail locations.

In an email to staff, Olympia Coffee Roasting president Oliver Stormshak wrote, “We’ve been trying to think of additional ways we can be here for you. Coffee is our superpower and we want to use that to your benefit.”

In Landsdale, Pennsylvania, northwest of Philadelphia, the roasting company Backyard Beans has launched a blend called Our Backyard. The bag art features an endearing hand drawing of the Backyard Beans staff, many of whom were left without working hours as the company temporarily closed its lone retail cafe. $5 from each bag goes to staff, augmenting other donations coming in through the company’s virtual tip jar. 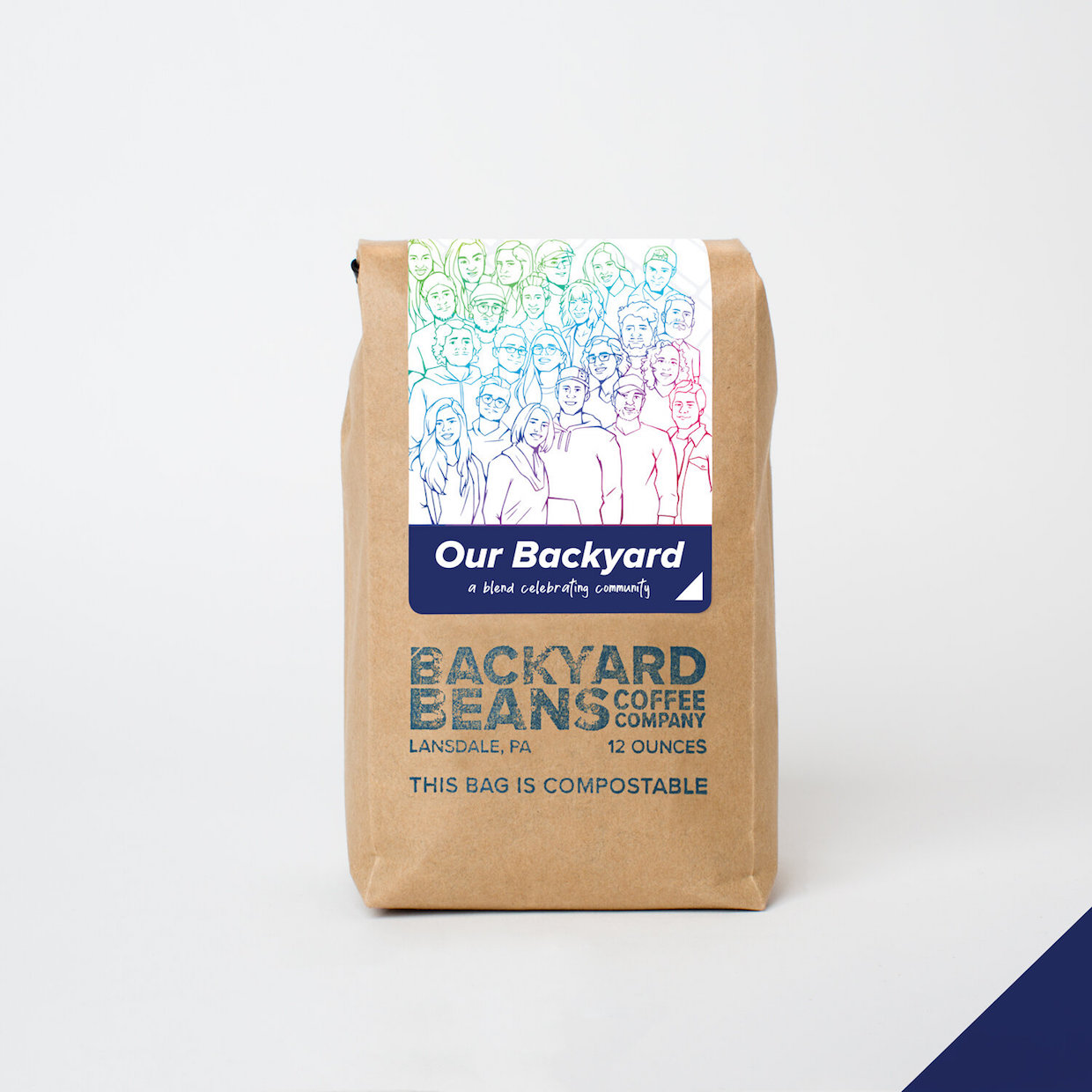 Backyard Beans’ Our Backyard blend, featuring a customers’ drawing of the staff.

New York City-based Think Coffee has closed all 10 of its retail locations, while the company is now giving all proceeds from all of its direct-to-consumer online coffee sales to a crowdfunded employee relief fund.

Though these kinds of coffee products are not expected to fully make up for the lost wages of workers, they are part of an expanding set of lifelines small businesses are using to try to do right by workers while also weathering the current economic storm.

“Things are happening day by day. It’s all we can do to survive,” said Bird Rock’s Taylor. “If we can keep the company afloat, then I have jobs for them to come back to.”

Nice one. We must do all we can to survive these dark times.

You really should take Bird Rock off of here. They don’t deserve the publicity and you all clearly don’t know the story of how this “Barista Relief” blend came to be. You should take a look at some of the comments on their Instagram posts from current, and past employees as well as other concerned bystanders. They don’t deserve the publicity. Period.