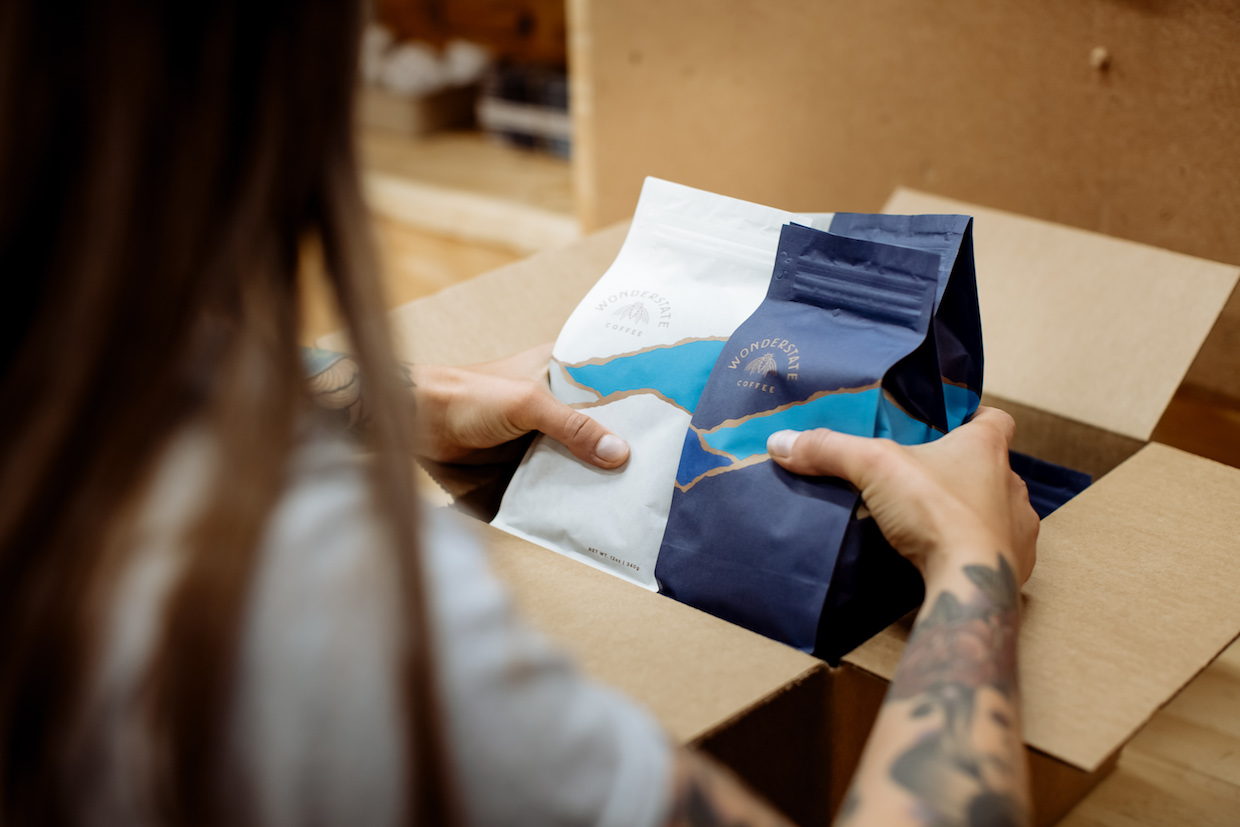 The progressive Wisconsin-based company formerly known as Kickapoo Coffee has officially changed its name to Wonderstate Coffee, marking a major milestone in a long and lesson-filled road to a comprehensive rebrand.

“One of the things we love about the name is it’s an invitation for people to interpret it,” Wonderstate Co-Founder TJ Semanchin told Daily Coffee News. “One of our tag lines is ‘Stay Curious’, which encourages you to stay in the question and embrace that creative tension.”

The rebranding effort was initially announced by the company in an open letter published in April 2019. The founders wrote that they were inspired to relinquish the original name because it “was never ours to take.” 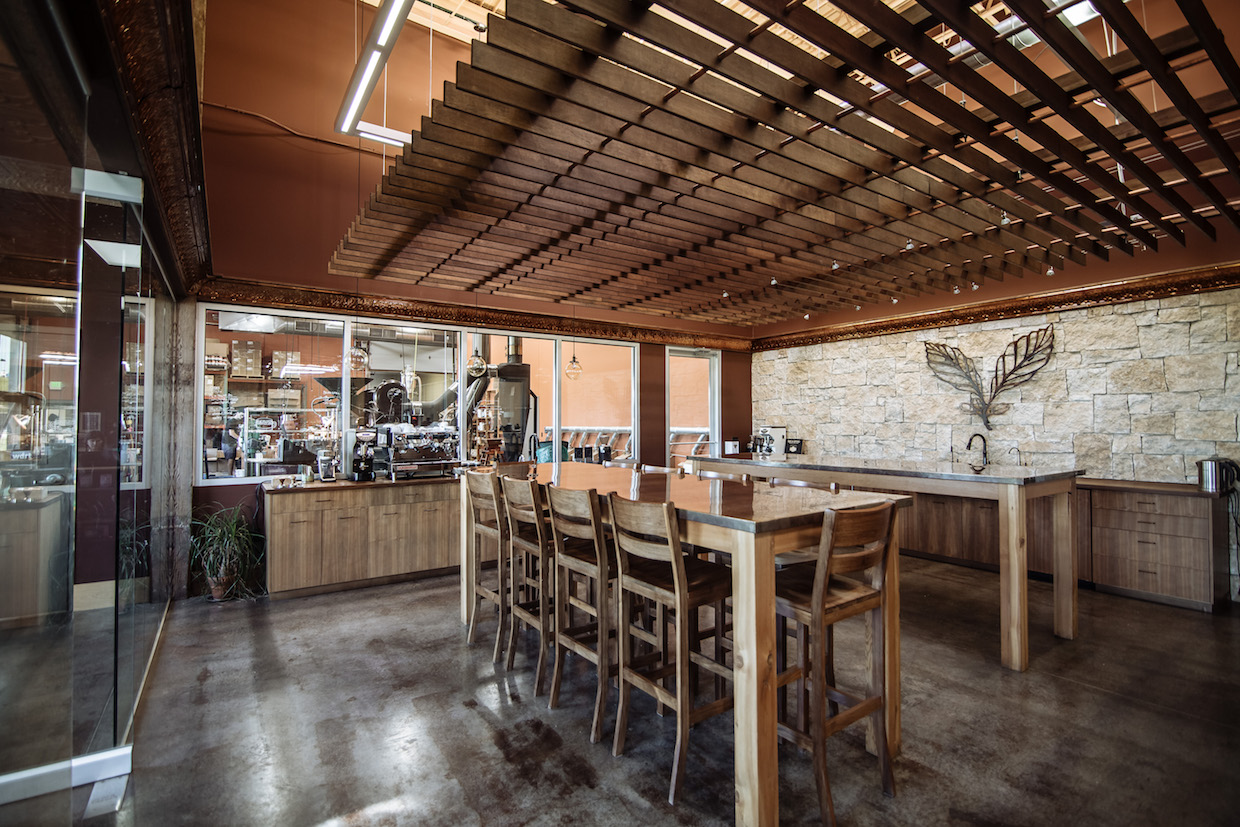 When the company opened 15 years ago, it took its name from the Kickapoo River Valley that encompasses its hometown in the town of Viroqua in Wisconsin’s scenic Driftless region. Yet the name actually belongs to the Indigenous people who make up the Kickapoo Nation, composed the Kickapoo Tribes in Texas, Oklahoma and Kansas.

Semanchin said acknowledging that fact as a company unfortunately took some time. Said Semanchin, “There were moments of real clarity and emotional responses for all of us on the leadership team — realizing, with total clarity, that our mistake in appropriating the name was contributing to the erasure of a people.”

The company now known as Wonderstate has a long record of promoting a more just and sustainable supply chain and minimizing the environmental impact of doing business. The company has long been member of smallholder farmer-focused “Fair and Direct” green coffee importing cooperative Cooperative Coffees, and in 2015 transitioned its roastery to 100% solar power, among other long-term initiatives to lessen the negative and strengthen the positive impacts of the coffee industry. 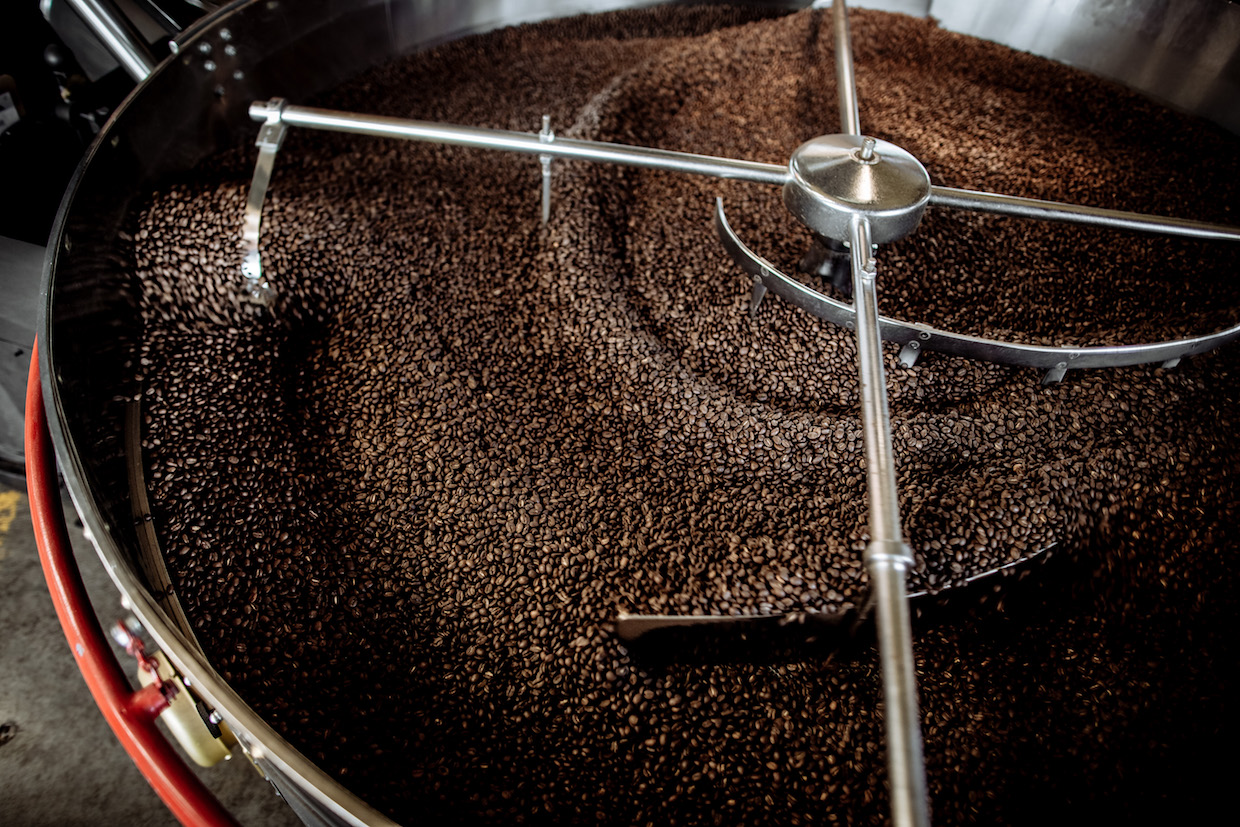 Semanchin said that though there was no one clear “ah-ha” moment regarding the name change, the internal dialog about the misappropriated name began in earnest with brand and marketing manager Shizue Roche Adachi, who asserted that the company’s name did not live up to the values the company espoused.

“It was something that was on her radar even before she worked for us,” said Semanchin. “Once she was in a role where she was representing and speaking on behalf of the brand, she felt that it was important to voice her concerns.”

Last December, the company invited Lester Randall, chairperson of the Kickapoo Tribe in Kansas, to a public event in Viroqua to help educate the local community about the origins of the name. Then in the first quarter of 2020, the COVID-19 pandemic set in and progress in nearly all avenues of life in the United States slowed to a socially-distant crawl, including Kickapoo’s rebrand. 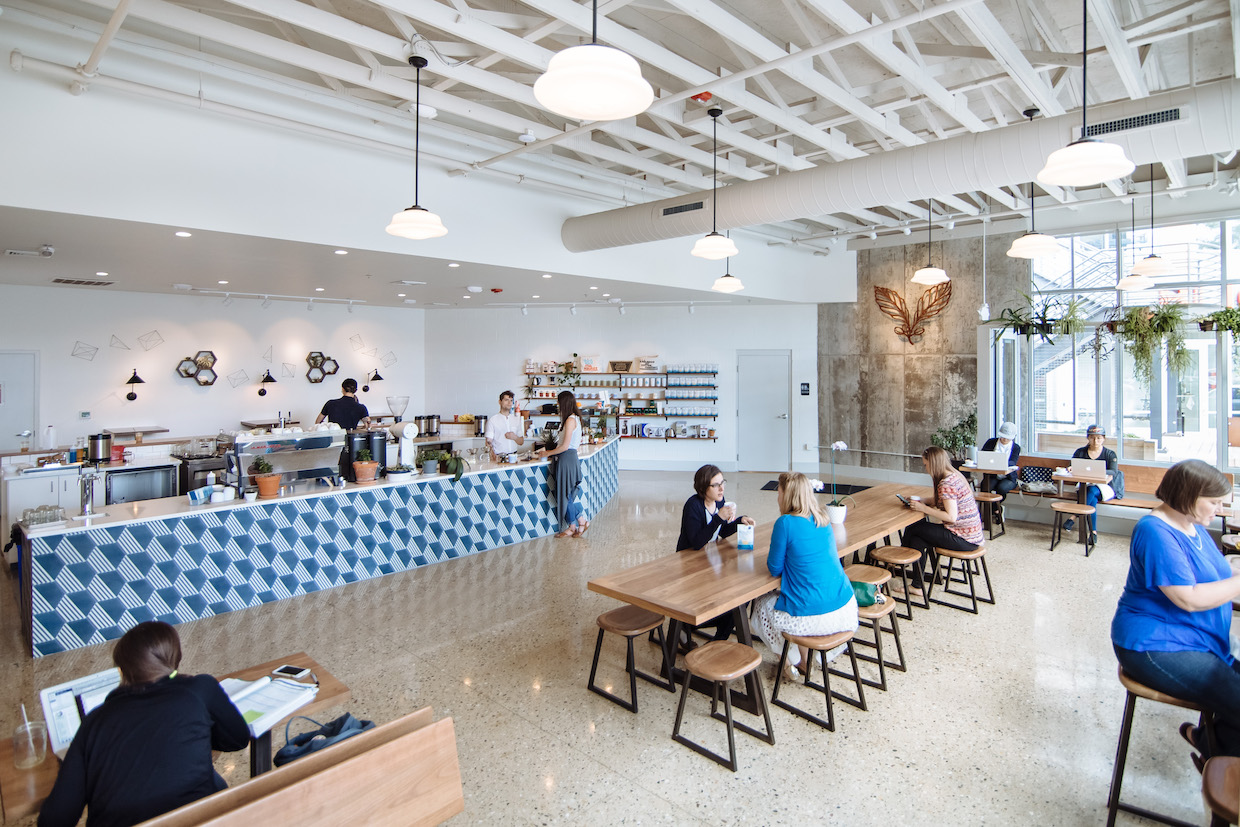 “Our designers and developers were delayed,” said Semanchin. “Everyone was pivoting and pausing. We gave our staff and cafes space to process what was happening. Seeing the severity of the issue it didn’t feel like the right time to announce the new brand. In retrospect, we should have sooner separated the releasing of the name with launching of the new branding and packaging. That was a mistake.”

That mistake, as Semanchin calls it, came to a head June 1 on Instagram, where Kickapoo posted images and messages of support for the Black Lives Matter movement. Comments critical of the company’s delay in rebranding came immediately, prompting Semanchin to acknowledge and accept that criticism as well.

“We were quick to jump into that space and lend our voice in solidarity,” Semanchin told DCN. “From our position of privilege we didn’t own and acknowledge the hypocrisy of still using our name. We had set the schedule for the name change but didn’t give it the urgency it was due… We should have stepped up the pace and been more timely with every decision along the path. That was a failure in leadership.” 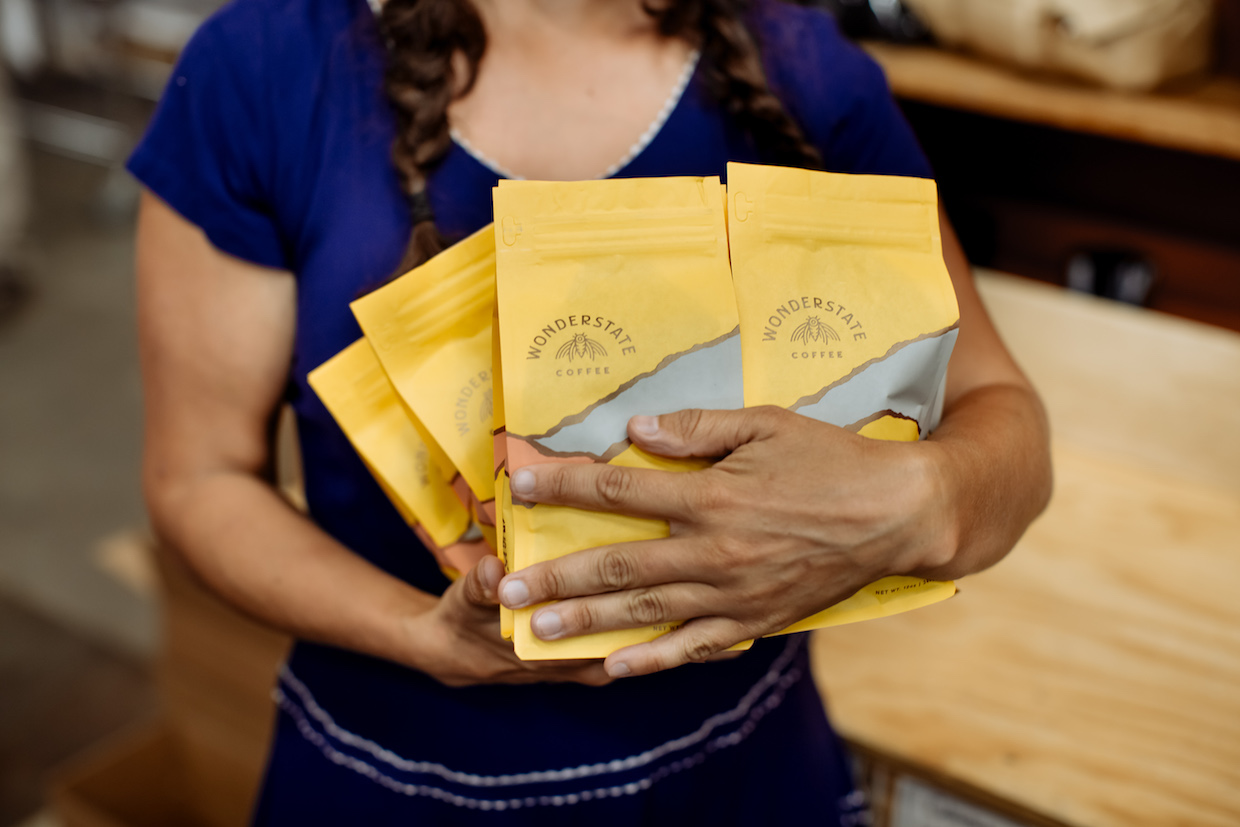 On June 11, the company revealed its new name, Wonderstate Coffee, which is now reflected on all social media channels, email addresses and the website website. Packaging and signage at its existing cafes and clients are in the process of being replaced.

The new name may also be affixed to an all-new cafe expected to open in Madison later this year.

[Editor’s note: An original version of this story said a new Wonderstate Coffee location had not yet been disclosed. The location is being planned for Madison, Wisconsin.]