Freshly Rebranded Press House Coffee is a Force in Pittsburgh 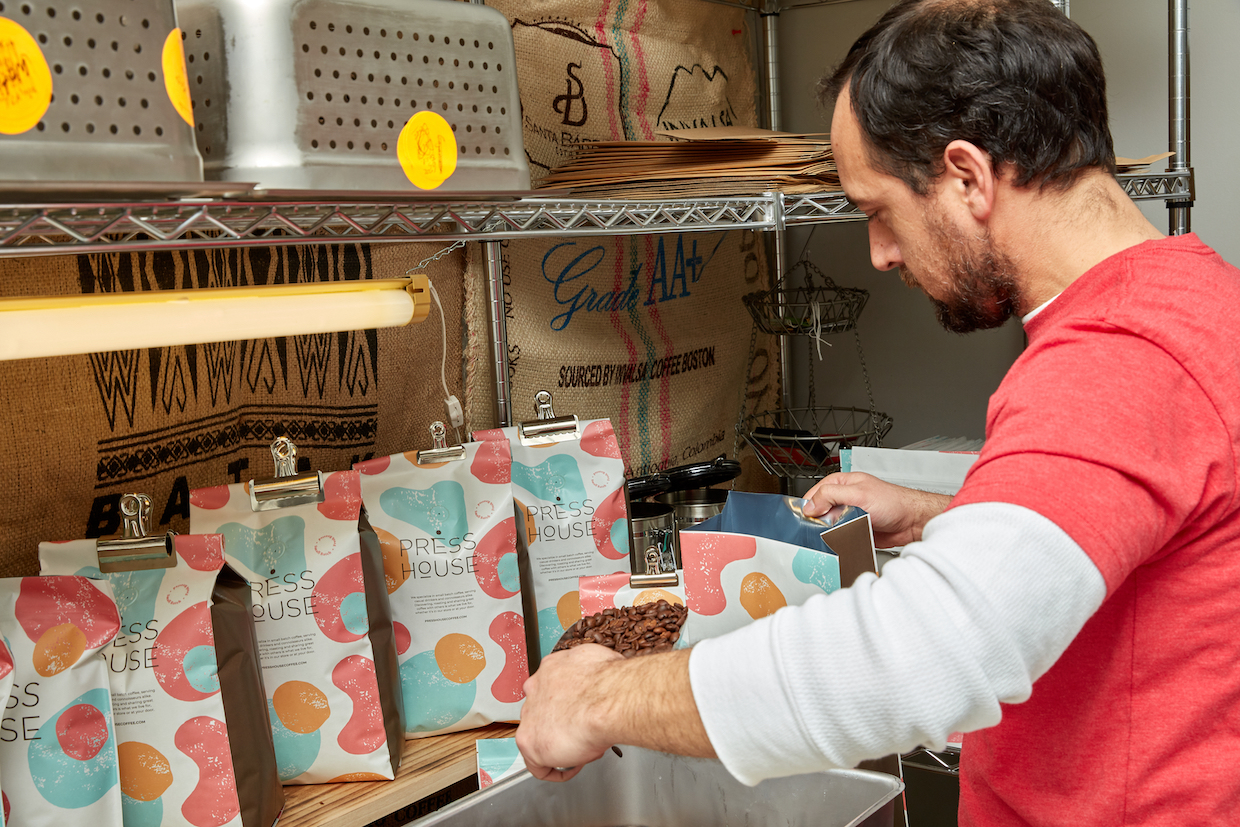 A sub-brand of the beer company Pittsburgh Brewing, Iron City Bean rolled out its inaugural Nine To Five blend of beans from Cameroon, Mexico, Guatemala and Brazil earlier this summer.

And at the nexus of all these developments is the creative marketing firm Top Hat, which counts both Press House and Pittsburgh Brewing among its clients and had the idea to connect the two. 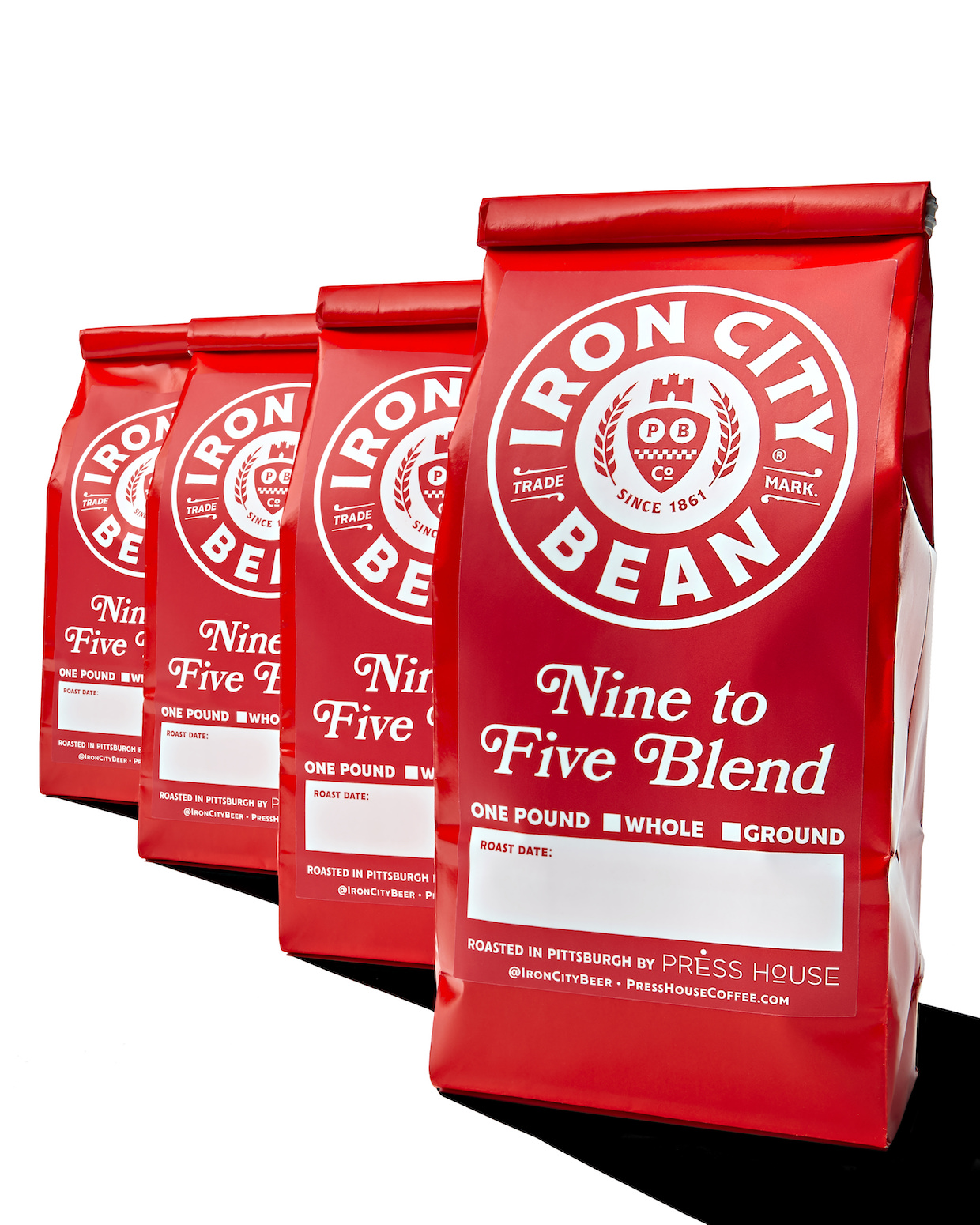 Press House Coffee has been the roastery filling the bags of Iron City Bean. Courtesy photo.

“Honestly it’s been an amazing experience from the beginning,” Press House Coffee Founder Adam Randall said of the Iron City Bean collaboration. “The Nine to Five Blend has been very well received, I think beyond all of our expectations. We are already talking about adding to this — additional blends, limited releases and unique processing are all things we are exploring.”

Pittsburgh Brewing now markets and sells the blend on its website and on shelves at a variety of beer stores around the Iron City.

Regarding the Press House rebrand, Randall told DCN it was time the company, launched in 2015, put a more coffee-oriented foot forward. As an American history buff, Randall originally named the company after the coffeehouse in which some say the Boston Tea Party was planned, but as the business grew and evolved, the team craved a public face that better signified its passion for quality coffee and brewing. 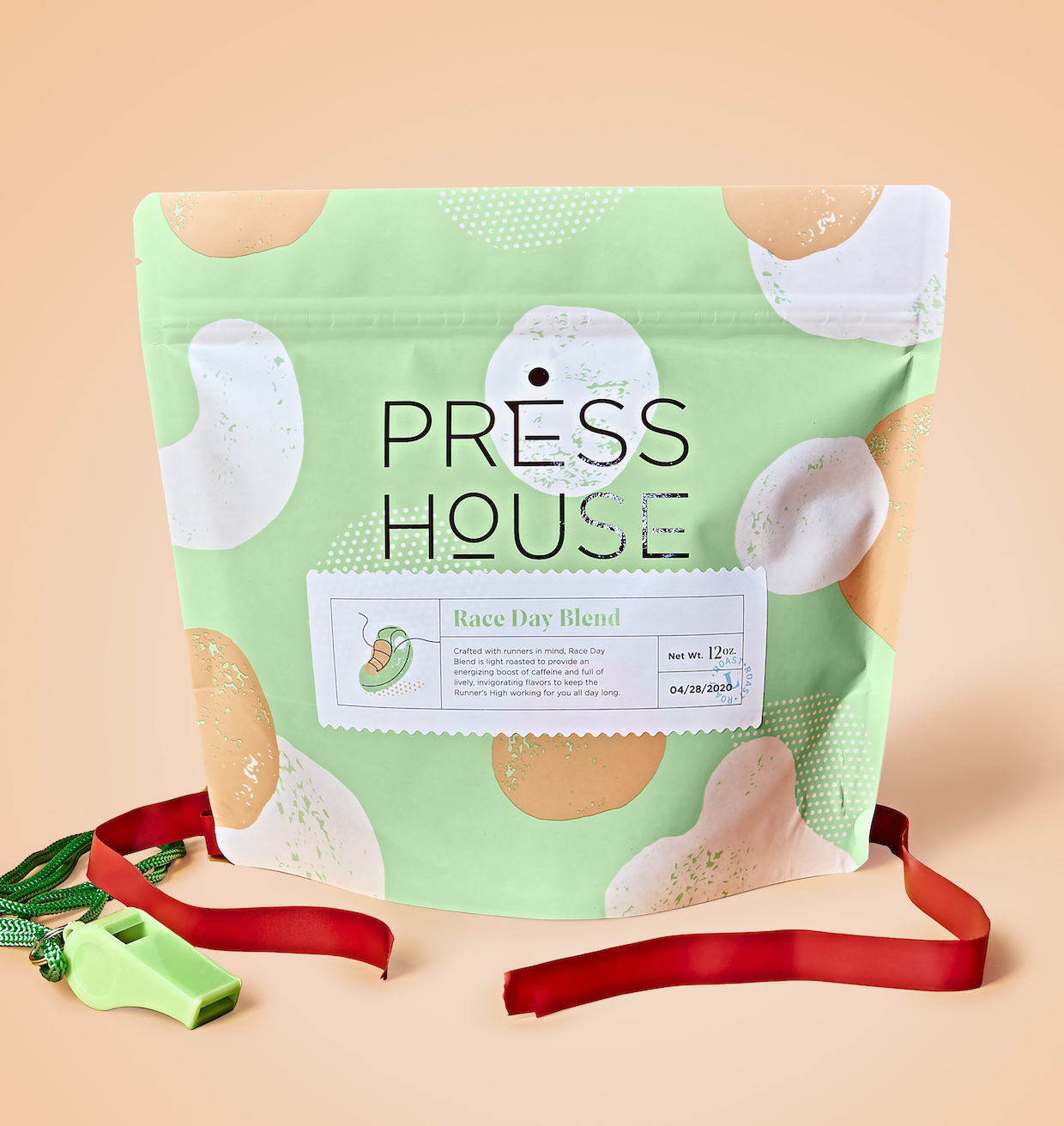 “We wanted to take things to a new level,” said Randall. “We wanted the brand to reflect what we were all about: sourcing, roasting and delivering amazing coffee in an unpretentious and very approachable way. We’d been thinking about the re-brand for several years and made the decision last February.”

The company hired Top Hat last April, then relaunched in November with a new website, new packaging and multiple new products all based on the same excellent coffee roasted in a Diedrich IR12 machine by head roaster Paul Hendershot.

Among the new offerings by Press House are pre-ground single-cup packets, and “One Bean, Three Ways,” an educational package showcasing the difference a roast profile can make by featuring a single coffee roasted in three different ways.

“The simple difference is light, medium and dark, but trust me, it’s not simple at all,” Randall said. “Currently we are working on finishing up another take on this. This one involves one bean processed in three ways, and roasted in three ways. We love thinking in different ways and are always experimenting.” 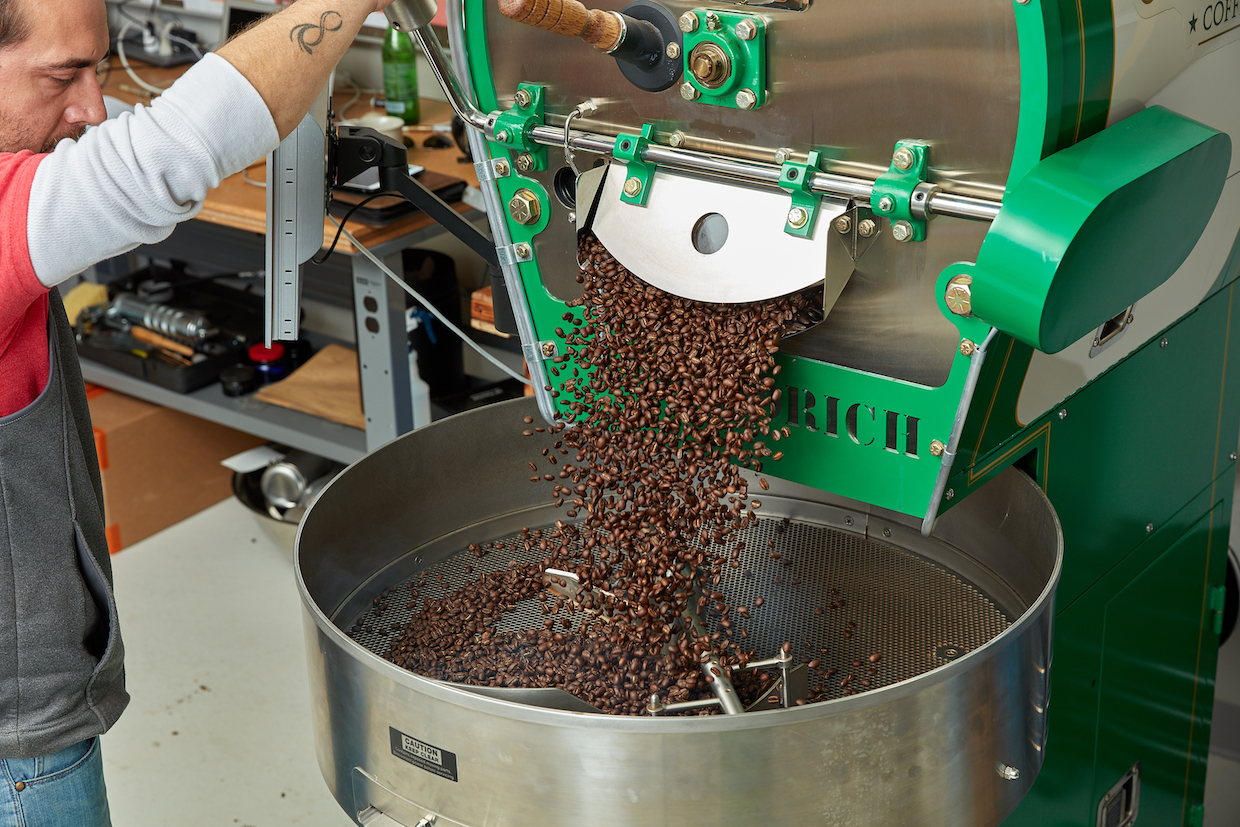 The Three Ways program, currently highlighting a bean from Indonesia, will continue to explore different origins and flavor-affecting factors.

Guests may soon be treated to these experiences at the Press House roastery tasting bar, which is currently being remodeled on Pittsburgh’s north side. Randall said a Press House Coffee shop is also slated to open in Sewickley, Pennsylvania, this fall.

I love Press House! Their Cup of Joe blend is one of my faves. 🙂