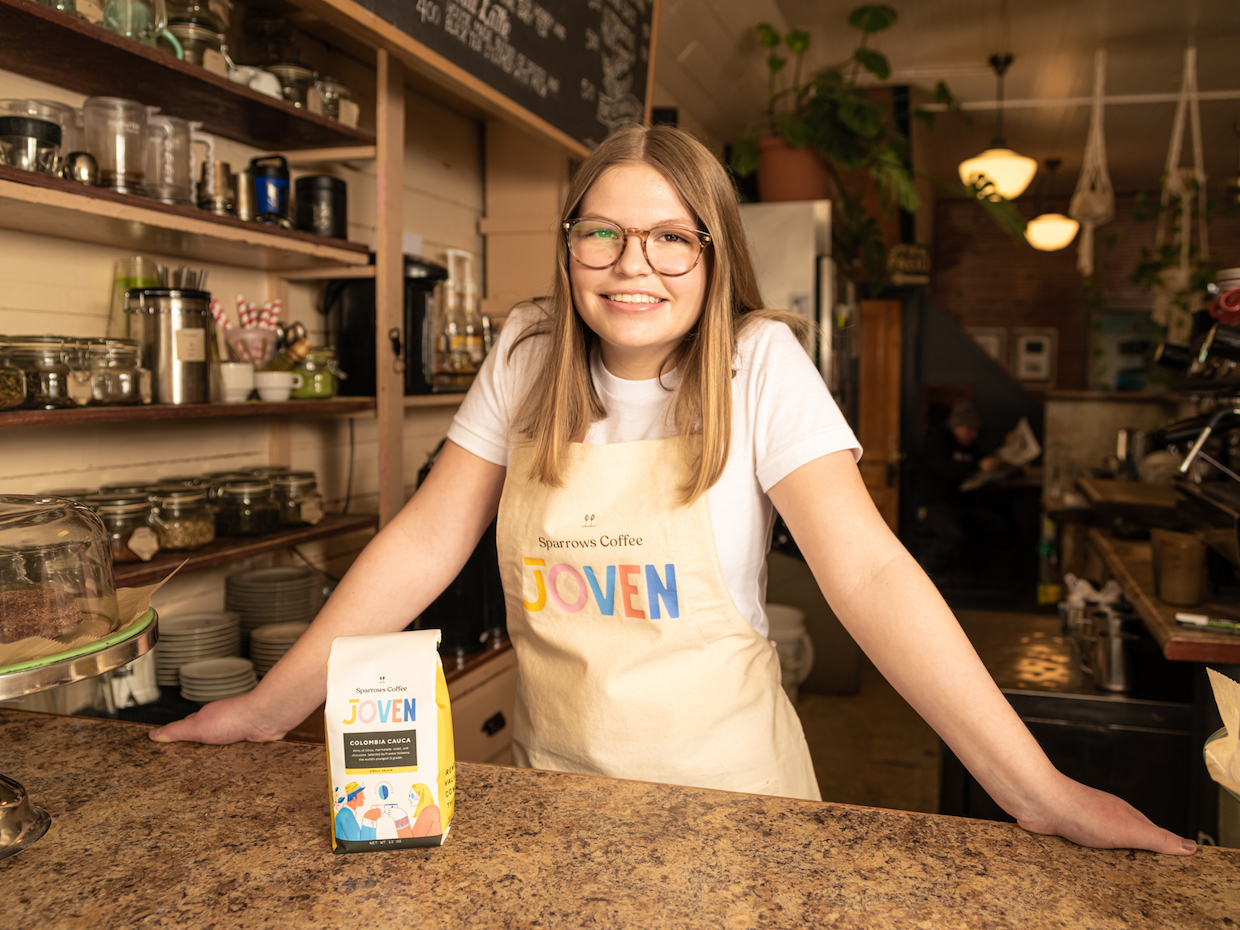 Proving that youth is not always wasted on the young, Volkema is already light years ahead of most coffee professionals, passing the notoriously difficult Q at age 13 before launching her own roasted coffee brand at age 14.

“Before the [Q training] course, I heard the tests were difficult to pass, so I prepared to learn a lot but not necessarily pass,” Volkema, based in Grand Rapids, Michigan, recently told DCN. “The 19 tests all had different difficulty levels because they assessed different things like tasting ability, smelling ability, or even just general coffee knowledge. Earning my Q was definitely difficult, because the large amount of material that needs to be covered is crammed into three days, making it difficult to remember everything.”

With the production and marketing support of the Grand Rapids sister companies Schuil Coffee and Sparrows Coffee, Joven Coffee has launched with a focus on quality as well as on youth, with coffees scoring at least 84 points on the SCA scale and supplied by producers younger than 35 years old.

Initial offerings from the upstart brand were designed to support young producers at cooperatives in Cauca, Colombia, and the other in Burundi. 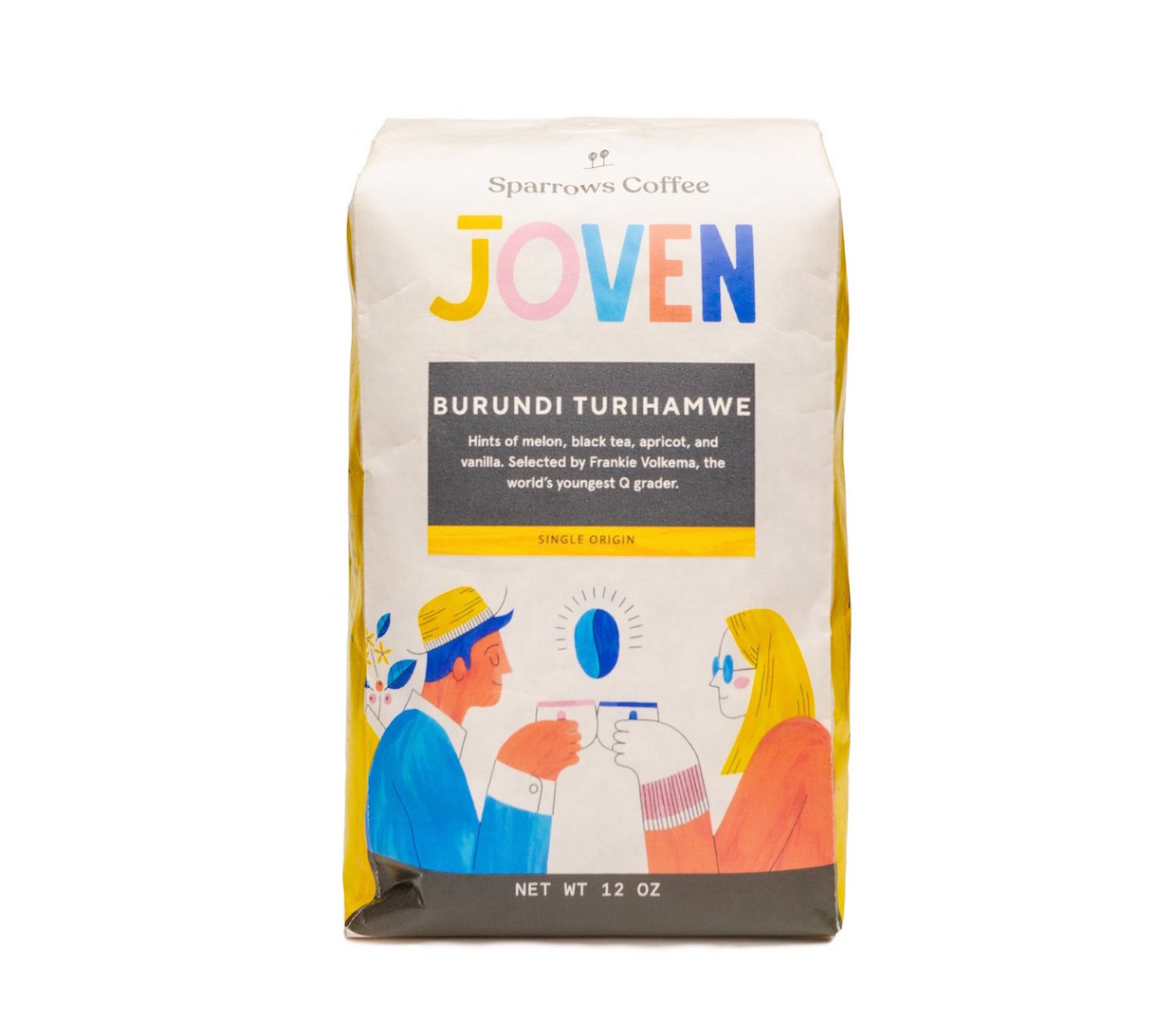 “During the Q course, the instructor actually mentioned the problem that there are not enough young farmers in coffee-producing countries, and that is where I first heard about that particular issue,” Frankie Volkema recently told Daily Coffee News. “I thought that it would be really cool as a young person myself to show my support for young coffee farmers, while I educate more people on this issue and the amount of work those farmers put into a single cup of coffee.”

Beyond her own raw ambition and natural abilities, Volkema has received some notable support for the Joven launch. Her father, Tim Volkema, is also a Q Grader and owns both Schuil and Sparrows. Aside from now launching the Joven brand, Volkema also serves as part of the green coffee and quality control team for those companies.

“She doesn’t have an official title, but she works with us on a part-time basis when she can,” said Tim Volkema. “We try to schedule cuppings later in the day when feasible so she can attend after school.” 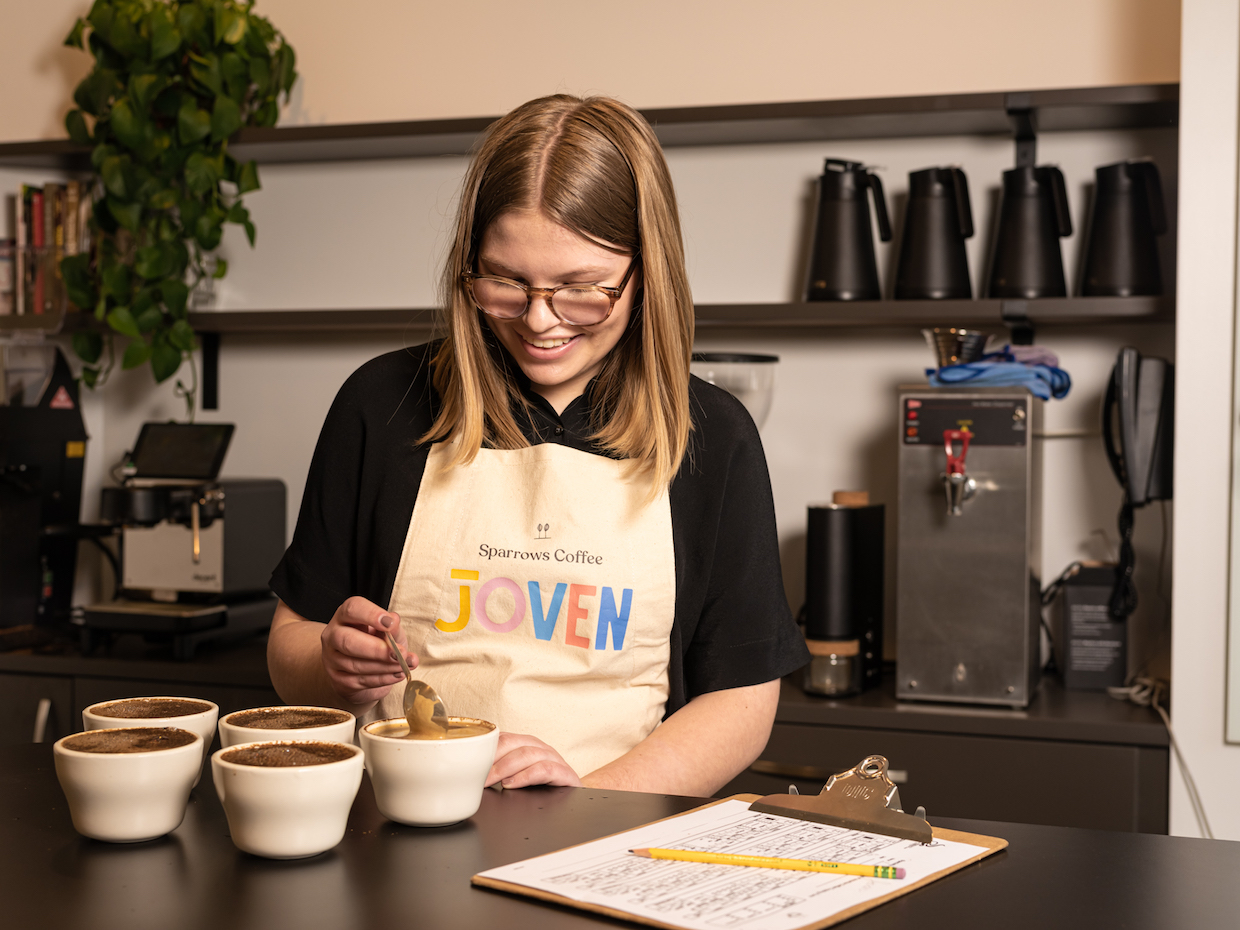 Volkema and her father fleshed out the idea for a youth-supportive coffee brand while on a sourcing trip to Colombia last November.

“By then, she was a Q grader and we had heard about the aging farmer issue, but didn’t understand its magnitude,” Volkema said. “We agreed that Frankie is in a good position as a young person in coffee to shed light on it and potentially make a difference.”

Joven is currently featuring a coffee from young producers sourced through Massachusetts-based green coffee importer JNP Coffee in Burundi, and through the Cafinorte cooperative in Northern Cauca, Colombia. 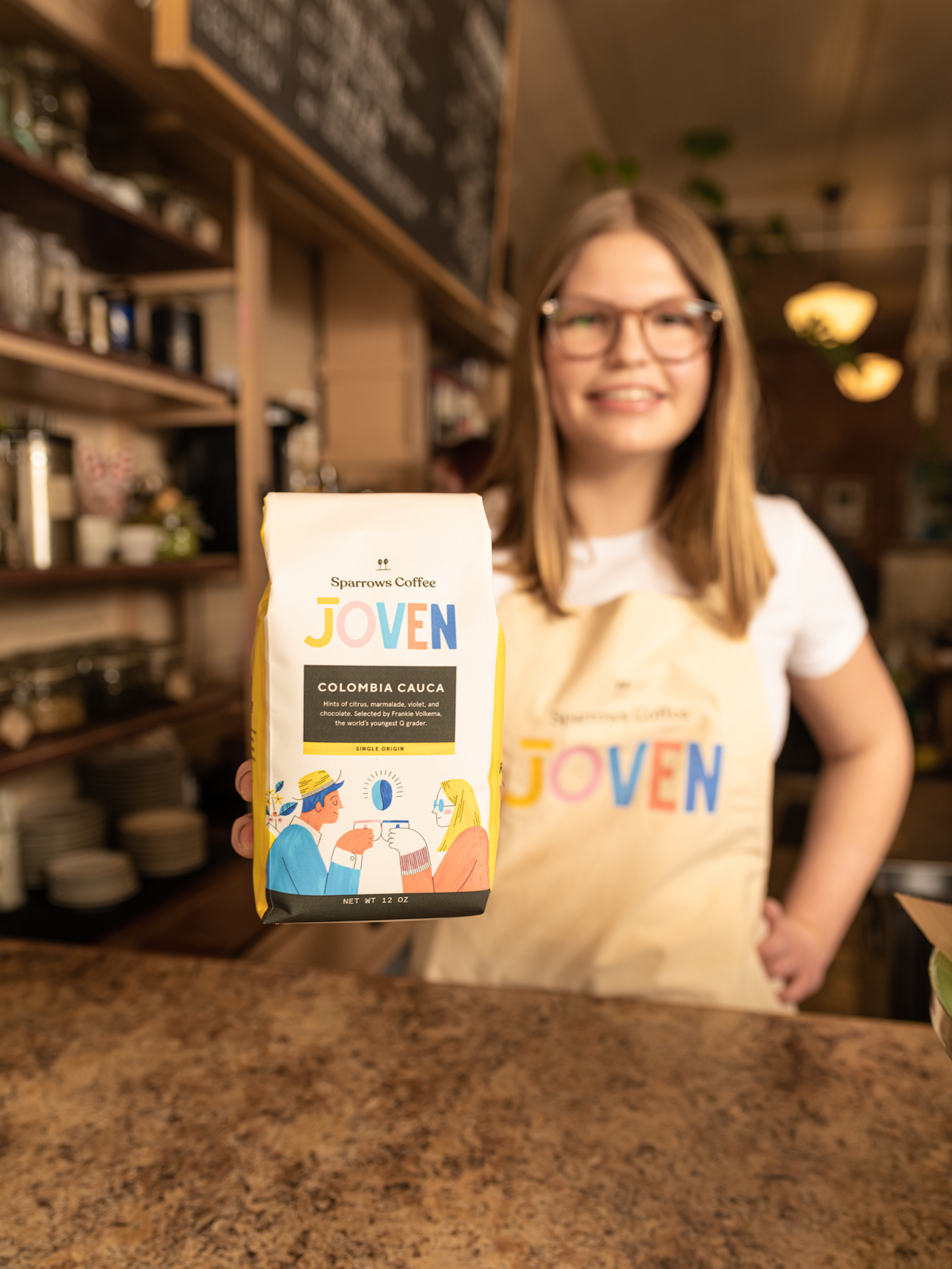 “I also really love fashion, and I use clothes as one of the main ways to express myself,” said Volkema. “Probably my favorite hobbies out of all of these are traveling, meeting new people, and spending time with my friends and family.”

Joven Coffee offerings are now available through Sparrows and Schuil sales channels, as well as through the Trade subscription platform.

Hi ,
really amazing to achieve such mile stone at such age and build your own brand, sure would like to get more details about your coffee brand , is it medium roast or you have dark roast as well , do you ship to other countries like UAE or I have to buy it from other stores ?
really it will be pleasure to share your story on our blog if you don’t mind, it’s http://www.cafecalories.com for all coffee trends.

Wow! Congs Francesca for such a great achievement. I can’t wait if it was possible to taste my brand. Kikobero Coffee is a small holder farmers producing specialty coffee from Mt. Elgon in Uganda.

I am a coffee roaster and please to learn more about coffee from you.