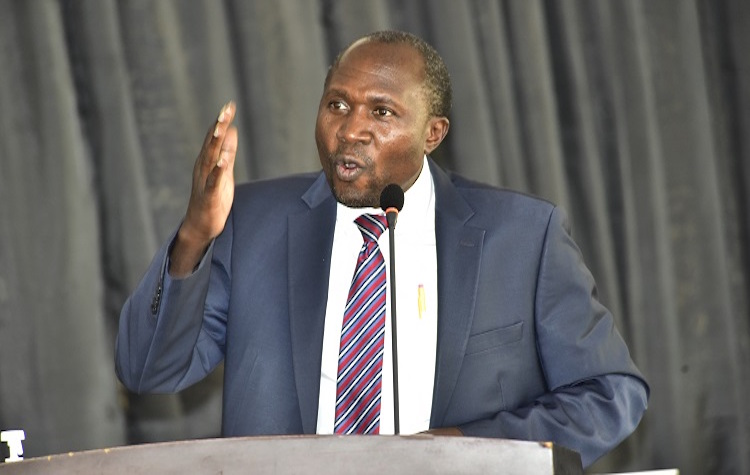 Ugandan Member of Parliament Nandala Mafabi during the consideration of the National Coffee Bill, 2018, earlier this month. Press photo by the Parliament of Uganda.

The Parliament of Uganda last week passed the National Coffee Bill, 2018, taking a major regulatory step forward for the country’s coffee sector as it seeks to exponentially increase production.

The new regulations involve a voluntary, free registration system for all coffee farmers, and for the first time it gives the Uganda Coffee Development Authority the power to regulate farm-level activities.

According to a statement issued by the Ugandan Parliament, the bill is designed to provide sector-wide planning designed to link farmers with buyers, while also organizing widespread production-level activities such as setting up irrigation systems, providing planting materials and providing extension services.

Under the new regulations, farmers will be required to share details such as the size of their farms, the numbers of coffee trees planted, nursery information and other farm details.

“The Bill aims at reforming the law to provide for Uganda Coffee Development Authority (UCDA) to regulate, promote and oversee the coffee sub-sector and to regulate all on-farm and off-farm activities in the coffee value chain,” according to the parliament statement.

The bill replaces the Uganda Coffee Development Authority Act, Cap 325, which was established along with the UCDA in 1991. That gave the federal agency regulatory authority over “off-farm activities” such as marketing and processing. The new bill provides a much more aggressive and far-reaching approach to sector-wide development by allowing the UCDA to regulate on-farm activities.

Coffee remains a strategic priority overall for the Ugandan government, which has been working for years to boost production of the cash crop to support livelihoods in rural areas as part of a 15-year coffee roadmap. Largely known for producing robusta — including leading efforts towards a global “fine robusta” market — Uganda is Africa’s second-largest coffee-producing country by volume, behind Ethiopia.

The USDA’s Global Agriculture Information Network has predicted that Uganda will produce approximately 4.8 million bags of coffee in the current crop year, comprising 4 million bags of robusta and some 800,000 bags of arabica. The country’s coffee roadmap calls for 20 million bags by 2030.