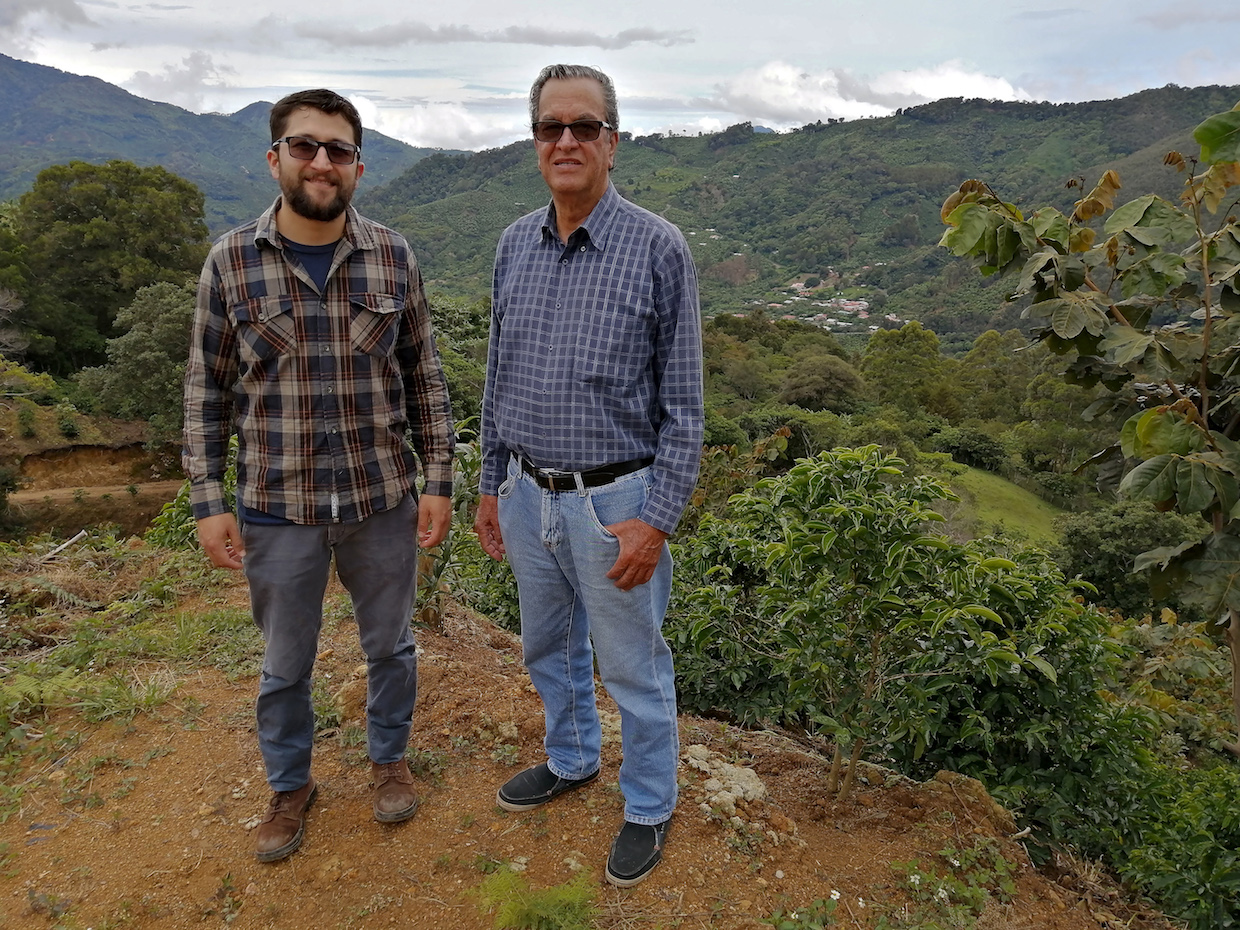 Johel Monge (right) from El Cedro, producer of the second-highest scoring coffee in the 2020 Costa Rica Cup of Excellence. Photo courtesy of the Alliance for Coffee Excellence.

The Costa Rica Cup of Excellence auction the beat the countrywide program’s previous price records, as 26 winning green coffee lots fetched more than half a million USD while reaching an average price per pound of $21.71. None of the lots fetched less than $14 per pound.

It is the fourth straight Cup of Excellence auction that has set a new high for average price per pound, following successful auctions in Nicaragua, Guatemala and El Salvador. The only other COE auction thus far this year was the inaugural auction in Ethiopia, where buyers shelled out more than $28 per pound.

While dwarfing the coffee prices that are paid through traditional market channels, the numbers also suggest some measure of resiliency at the highest end of the specialty coffee market, even as producers and buyers alike navigate the COVID-19 pandemic.

“It is really exciting to see when two companies are fighting for your coffee during the auction, even though you can only see codes,” Johel Monge of the farm El Cedro, whose honey-process Typica placed second in the competition, said in an announcement from COE organizer the Alliance for Coffee Excellence. “It’s very humbling and at the same time makes you proud of what we do every day.”

The winning lot from the Don Mayo farm, a honey-process Gesha produced by Josue Bonilla Solís, was split into two sublots for the auction, with the highest price reaching $70.10 per pound.

Remaining Cup of Excellence competitions in 2020 will take place late in the year in Colombia, Peru and Brazil. For more, check out the ACE homepage.