Great Black Coffee is the Subject for Blackology Coffee in Raleigh 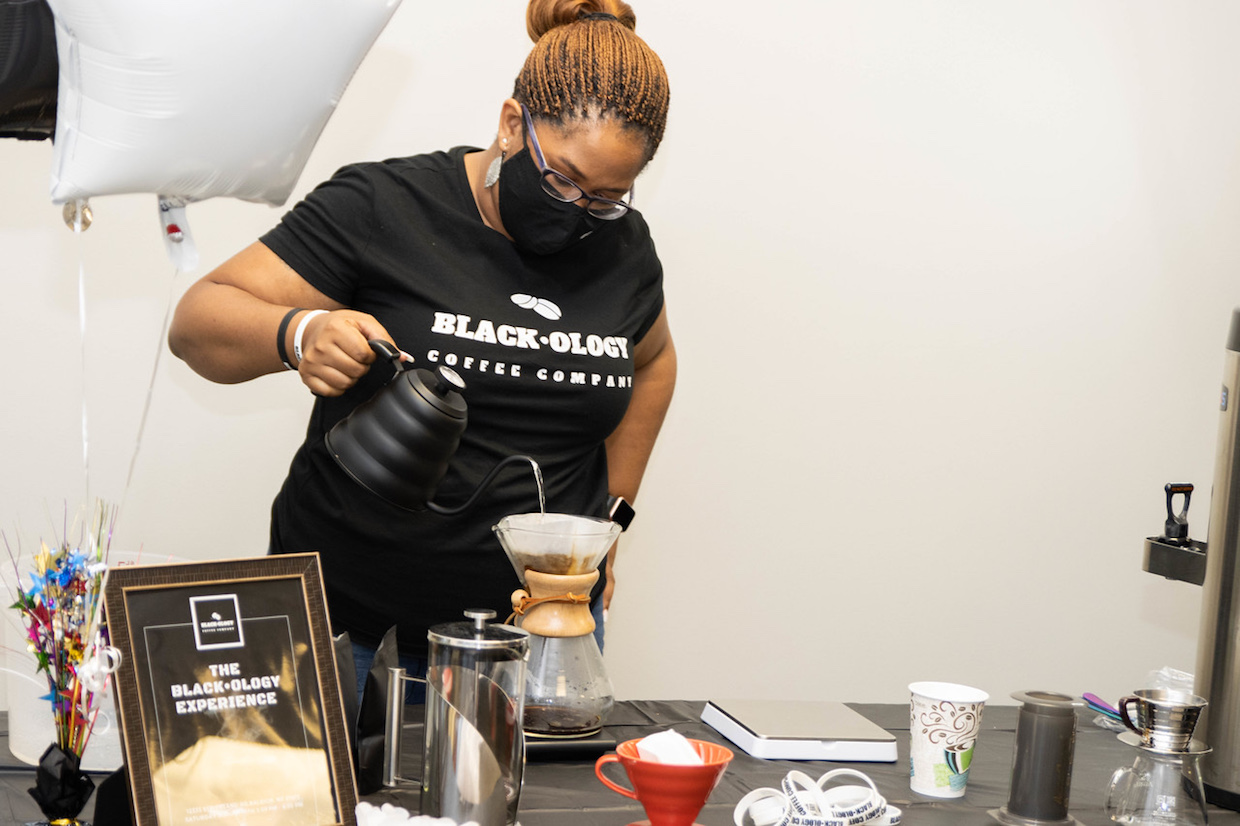 A trained chef, Jones was spurred to finally launch the business in Raleigh after she was laid off from a job as the head chef at a University of North Carolina campus organization.

Working with contractors, Jones is primarily operating out of her own kitchen, which is now filled with coffee grinders, brewing equipment and coffee ready to be bagged, packed and shipped in Blackology’s sharp black bags. Jones’ home coffee lab is also a backdrop for the Blackology brand, as she is routinely conducting live online tutorials and informational sessions to draw more coffee drinkers into the joys of pure black coffee.

“I knew Blackology was going to be the name of the company. It embodies who I am and what I do,” said Jones. “But also, you know, it’s the study of black coffee, so [it’s about] providing education on how to enjoy a good cup of black coffee.” 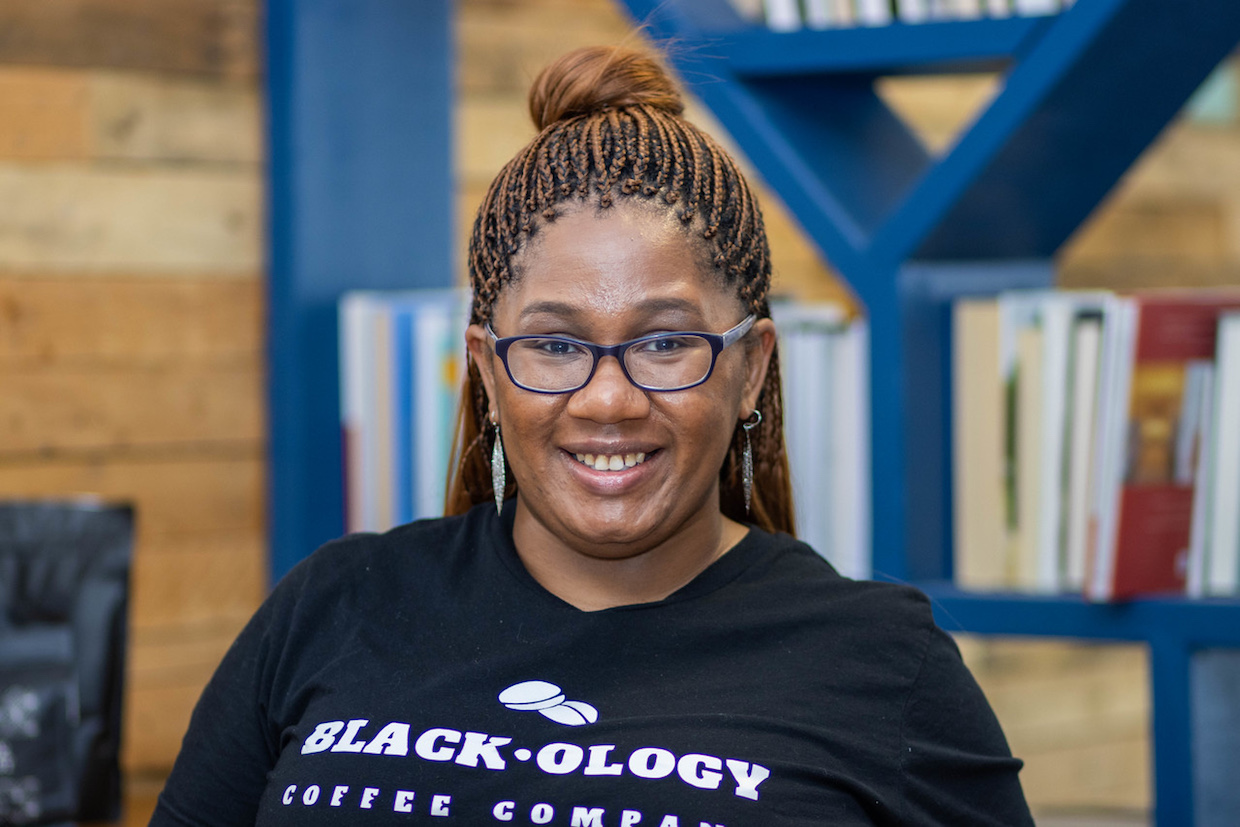 Jones’ first attempt to begin selling coffee under the Blackology name ended on a sour note last year, when she made a large coffee order from a toll roaster in Florida and the coffee never arrived, according to Jones.

“The roaster just took my money and disappeared. I never received the coffee,” Jones said. “So I sort of gave up for a little bit.”

“They’ve been super supportive of my business from the start,” Jones said of getchusomegear. “It’s truly an amazing organization and it’s been a rewarding and humbling experience.”

Jones officially opened Blackology on July 13, finding immediate support for the direct-to-consumer business that has allowed for the addition of a coffee subscription program and merchandise sales. She’s also planning on expanding the coffee offering list as capacity allows.

“Every dollar is going back into the business right now for a brick and mortar location,” Jones said. “Then I can turn my focus to getting a roaster.” 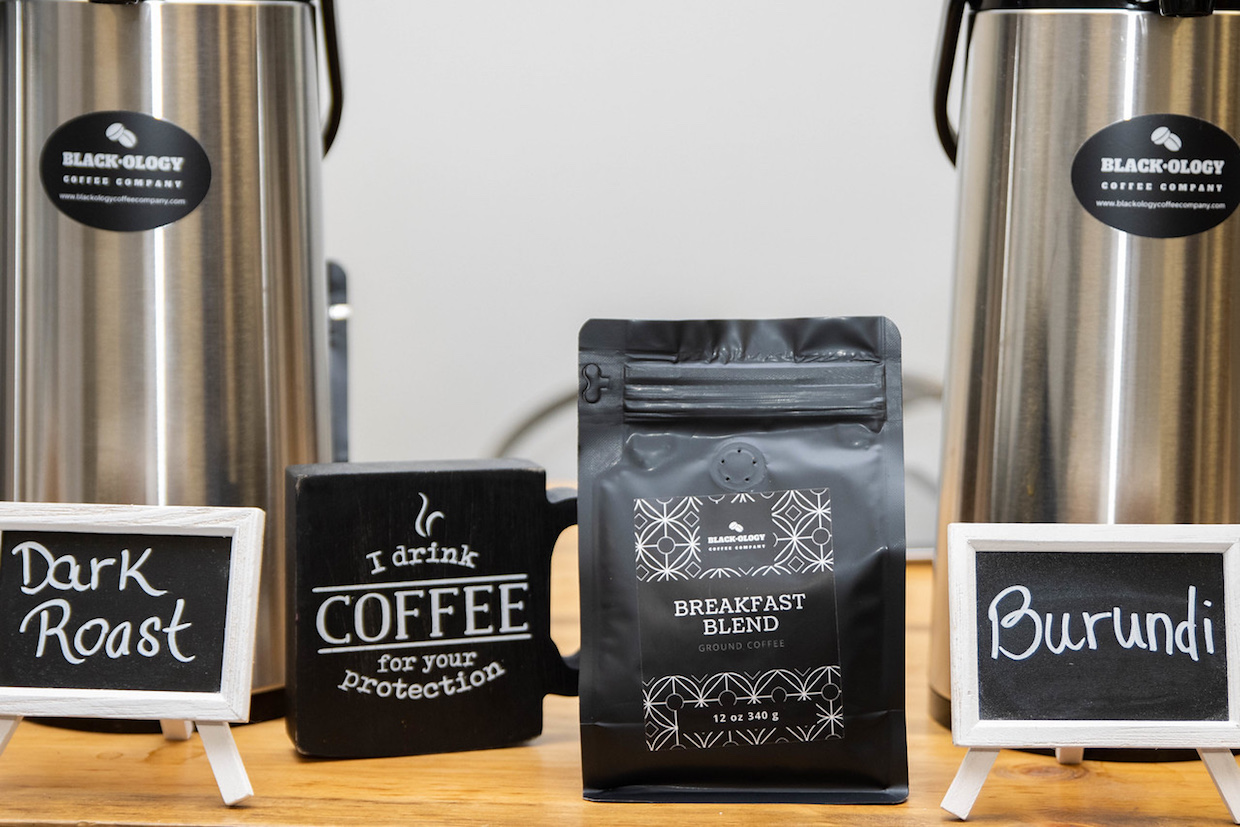 Jones is currently applying for several grants and small business loans to help expand into a potential new space, while also launching a GoFundMe campaign to support not only her business, but fellow small business entrepreneurs.

“A big portion [of the GoFundMe] will be to create programs to connect business owners, like folks who want to start a coffee brand, to other business owners in their area,” said Jones. “I want to put educational materials into people’s hands and give people opportunities to start their own coffee business, just like I did.”

Jones told DCN she will also use part of the grant and loan money to create resources and outlets for people struggling with mental health issues and victims of domestic violence.

“I’m all about community,” said Jones. “The more information we as a community can share and foster together, the better off our community will be.”