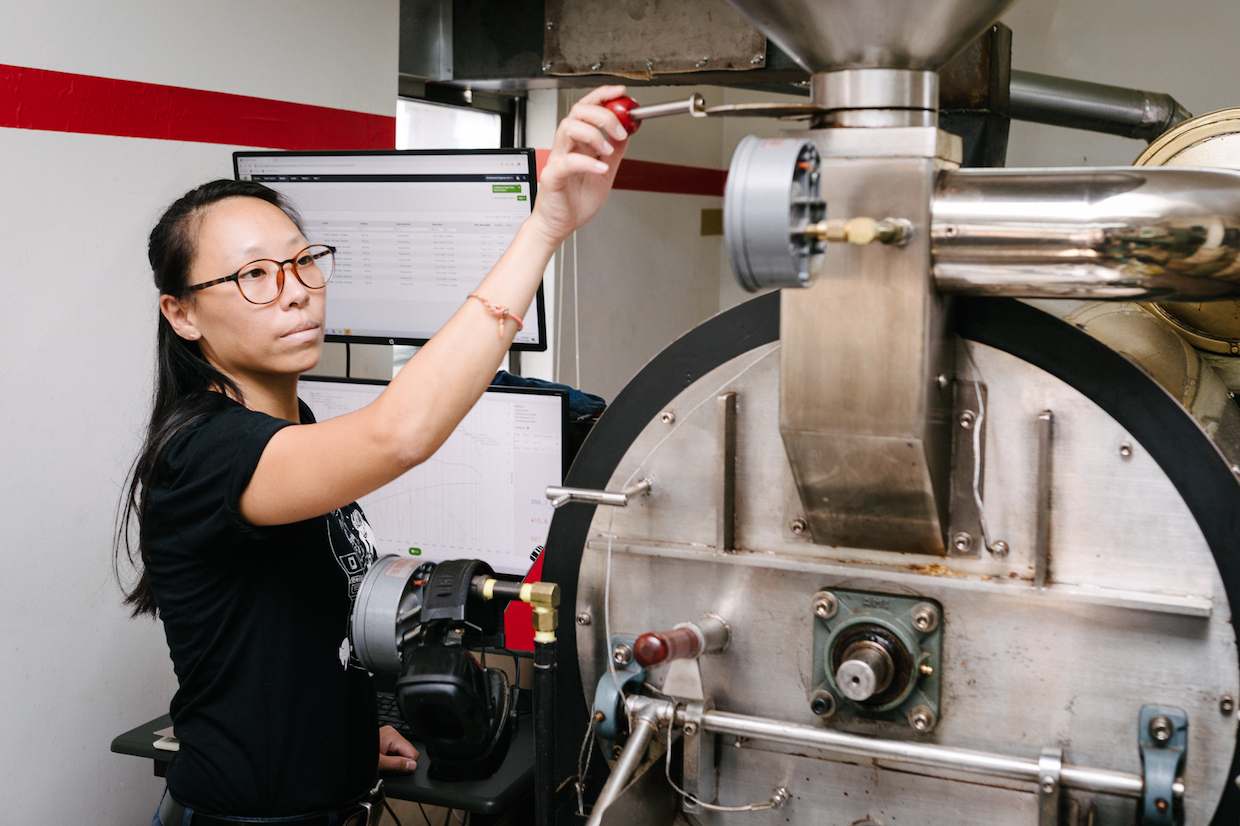 While widespread layoffs are a terrible repercussion of the COVID-19 pandemic, there are occasional silver linings in new beginnings. One example is Favor Coffee, a roasting startup that went live over the summer after its founder was a victim of downsizing.

Christina Chin, former head roaster at Queens, New York-based Southdown Coffee, had been privately forming a vision of Favor Coffee for years. In 2019 she registered the business as an LLC, but was constrained from pursuing it as long as she maintained her position at another local company.

“In March [of 2020], Southdown closed and reopened after only a few days,” Chin told Daily Coffee News. “A couple of days after their reopening I was let go, which was the signal that I could, should, and needed to pursue Favor full time.”

Chin said that as she worked her way up in the coffee industry as a barista, wholesale account manager, barista trainer and roaster, her own path forward became clear.

“In 2016 I knew I wanted to have my own coffee business, likely a cafe, since I really enjoyed cafe culture,” said Chin. “My goal of having my own cafe shifted into having my own roasting company, especially after seeing a drastic lack of gender and racial diversity among roasters.” 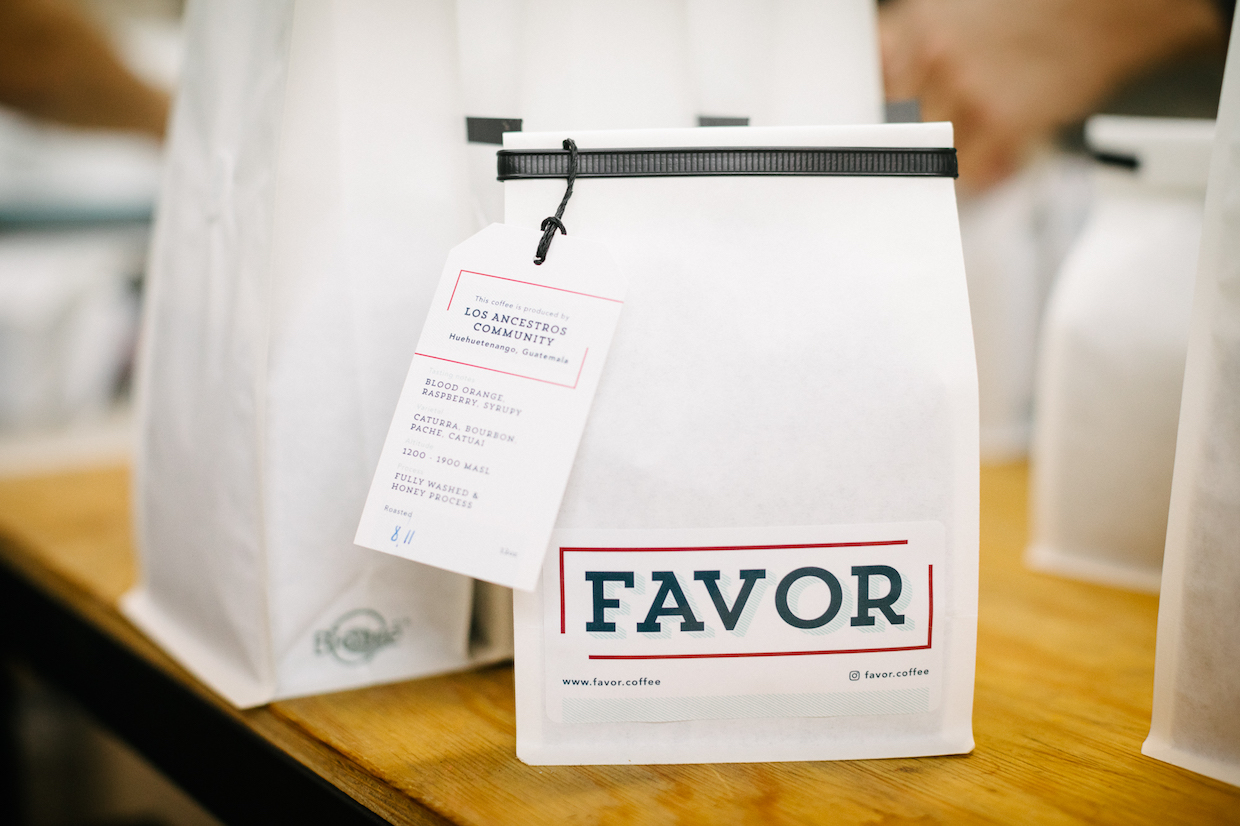 Today, using Mill City Roasters and Ikawa roasting equipment and other resources available at the Regalia Roasting Collective in Queens, Chin roasts beans for Favor Coffee sourced with progressive priorities that include but extend beyond outstanding cup quality.

“I try to partner with importers that share thorough information on how they’re investing in the growing communities they work with,” said Chin, a Glitter Cat Roaster Judge for the 2020/21 season. “In terms of green characteristics, I look for coffees that are approachable and yet interesting; something my Boomer parents can enjoy with me.”

While aiming for consistency at the roaster, Chin said she favors full development in her profiles, rounding out her coffees’ acidity but without venturing too far into caramelization. Her original vision for sharing those cups included in-person events such as workshops and pop-ups, though COVID-19 hasn’t done that plan any favors.

“The initial plan for Favor was to mainly use an online platform for distribution,” said Chin. “Luckily it seems to be the best interface for customers now, too.” 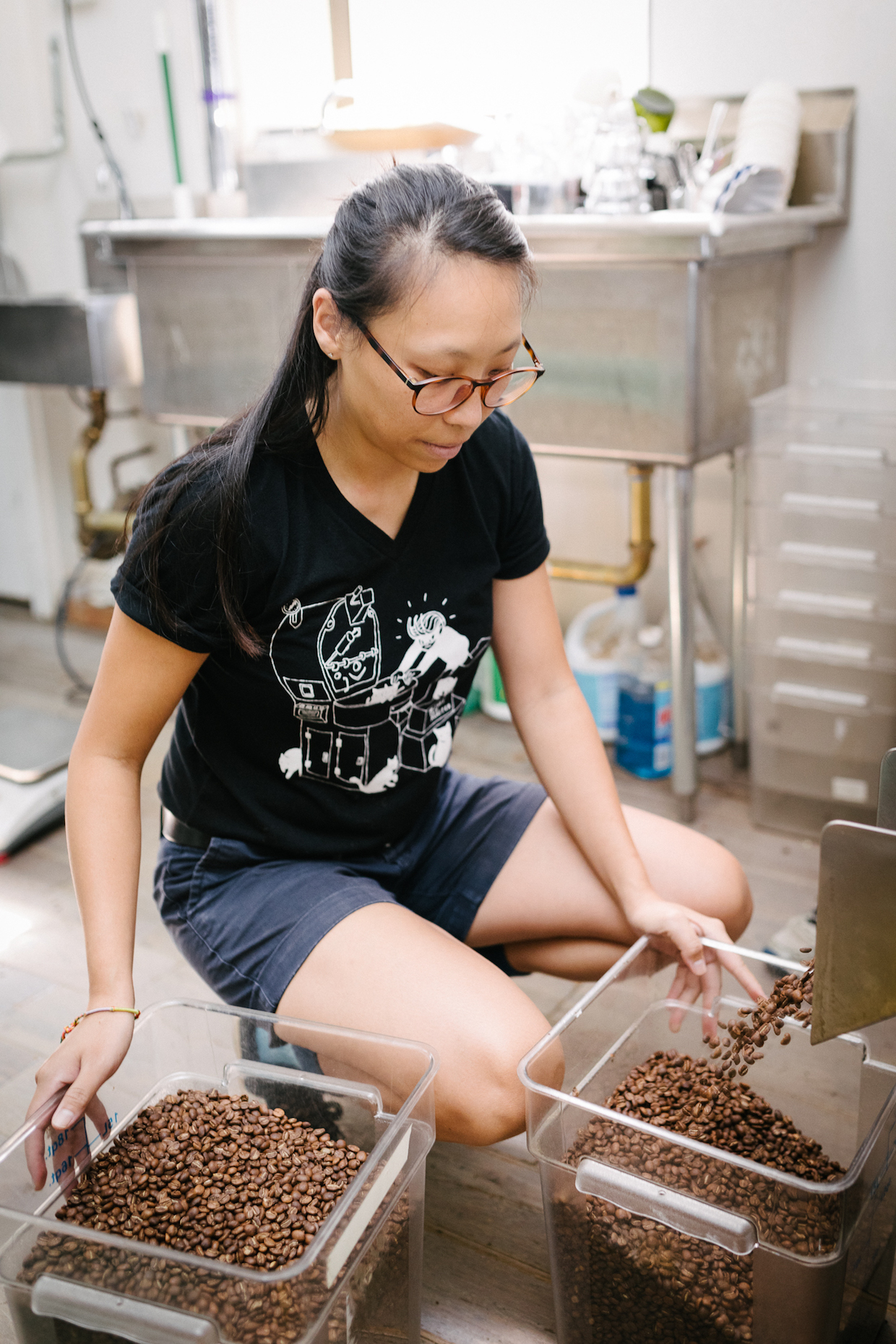 Favor Coffee has so far picked up a few small-scale wholesale customers. Chin said she intends to grow that side while also potentially adding some private-label accounts. While there are no plans for a brick and mortar coffee shop, she would like to see people converge in real life around Favor Coffee in other ways.

“Hopefully Favor Coffee will be a vehicle for expanding the coffee community,” said Chin. “While larger, in-person events are indefinitely impossible, there are still ways to engage and interact with folx who want to learn more about coffee and roasting. I’d like to organize virtual events like free workshops, tutorials, and Q&As that meet people where they’re at in their coffee experience and to make ‘specialty’ coffee less intimidating.”