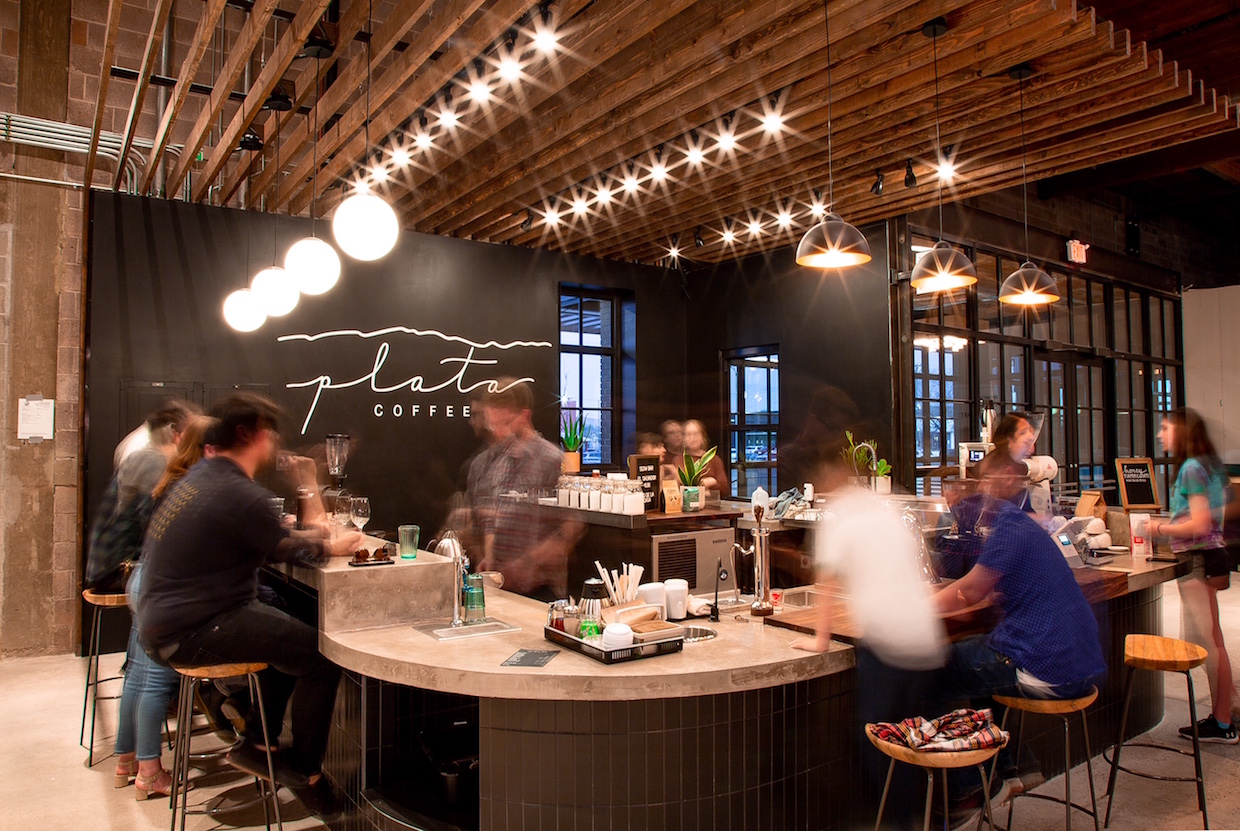 Plata Coffee at the Sawmill Market in Albuquerque, New Mexico. All images courtesy of Plata Coffee.

At the progressive ends of coffee and retail design in Albuquerque, New Mexico, Plata Coffee upgraded from a small space downtown to an airier spot inside the new Sawmill Market food hall.

Plata Co-Founder and Co-Owner Rose Kerkmans told Daily Coffee News that the original shop that opened in 2018 was shut down late last year in order to focus on the buildout and transition to newer digs in the culinary hotspot. The reimagined Plata opened along with rest of Sawmill Market on March 10, only to be shut down again eight days later due to the COVID-19 pandemic. 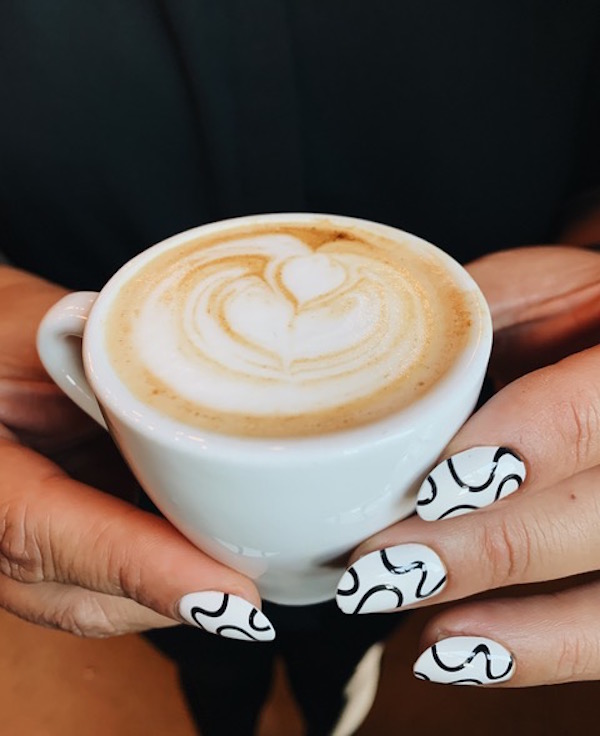 Roughly four months later, the business finally opened again, offering a comfortable space and a focal part for the market, which also features a cocktail bar and taproom, and a broad range of approachable cuisine.

“Plata is a very warm and grounded space,” Kerkmans told DCN. “We used dark colors and concrete countertops, as well as walnut finishes, including the bar top from our old location. We wanted a space that felt comfortable.”

The walnut echoes rows of wooden rafters overhead, while sleek black tiles on the front of the wrap-around counter match with the black wall behind the baristas, who work over a counter-sunk Modbar espresso station. 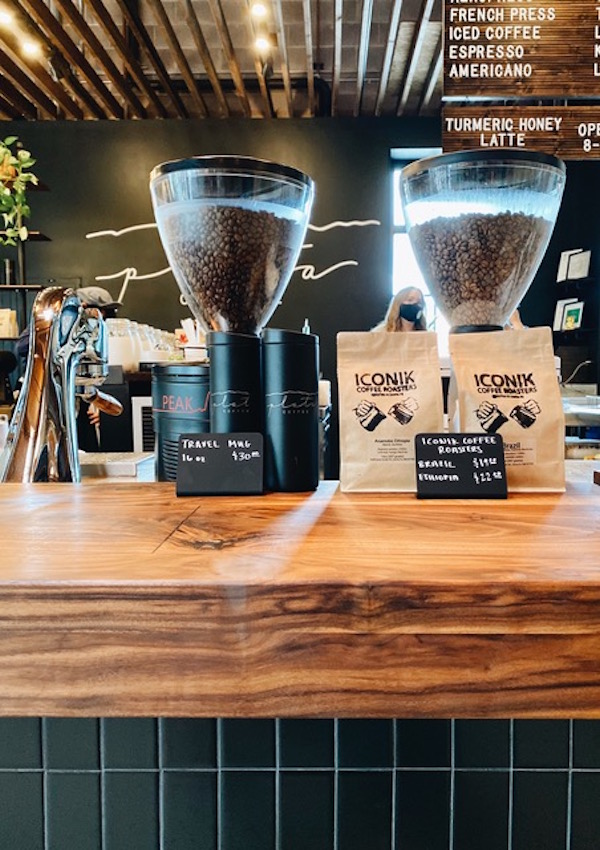 In keeping with the spirit of the food hall, the bar features coffees coming from numerous New Mexico roasting companies.

“Because Sawmill Market is a tourist destination, we like to offer local roasts in order to bring more of a holistic New Mexican experience to our customers,” Kerkmans said of a multiroaster program, which has featured beans from Albuquerque’s Cutbow Coffee and Red Rock Coffee, as well as house offerings from Santa Fe-based Iconik Coffee.