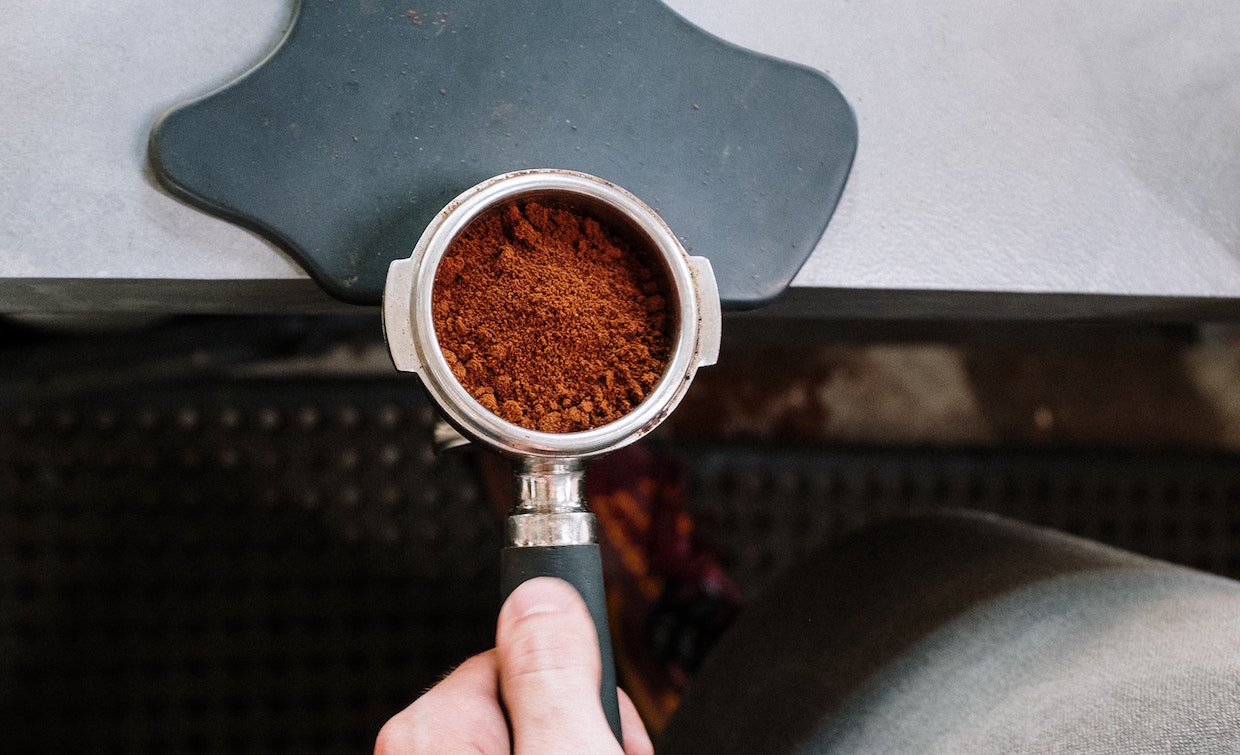 I’ve been working the last few years on grinders. I used to poke fun at the idea of tens of thousands of Dyson vacuum cleaner prototypes. How many could you possibly need?

After the first few dozen projects of my own, I began to understand Dyson’s plight. I currently have a grinder project that does some really cool things, yet I’ve become all to familiar with a challenge that faces all grinders: Static electricity.

Where does it come from and what kinds of approaches have been employed to deal with it?

Static electricity comes from a couple of sources. When two dissimilarity charged materials come in contact with one another, electrons tend to migrate from one to the other. This is why dragging your feet along the carpet causes a buildup of it in your body and results in your getting zapped when you reach for something slightly grounded. The carpet is kind of an insulator from the dissipation of the charge (the zap) but still allows for the gradual transfer of electrons.

Another source is the coffee bean itself — sort of. When the bean is crushed, cut and torn apart, the stable bonds of electric charge in the bean are broken and the coffee granules are negatively charged, loaded up and looking to cling to any grounded/positive charged surface. Even though electricity moves pretty damn fast, the charge has a lot of hurdles to clear before coffee settles down.

It is so much easier to control what happens in an espresso machine rather than in a grinder. The latter is like trying to manage what’s going on inside a tornado.

Static doesn’t always appear to be a problem. Doserless espresso grinders seem to handle things well. There a few ways to mitigate the problem of static charge. In espresso grinders, the solution often involves compression. Compressing the grounds together has the effect of dissipating the static charge. It’s kind of like breaking it to bits then putting it back together again. The problem with compression is that it can lead to clumping of the grounds.

Let’s break down how doserless grinders “reassemble” the grounds and neatly unpack them again:

This slight resistance has another advantage for doserless grinders. Using the space between the sweepers and having them retain grounds provides a predictable volume of coffee when using time to dispense doses. It also serves to blend the grounds together to aid distribution.  If the coffee was just flying out of the blades, heavier particles would bias to one side of the portafilter basket then lead to uneven extraction. Early grinders tended to compress a bit less. The funnels didn’t provide a lot of blending.  The uneven extraction was evident with a naked portafilter.

Old school doser grinders — the ones with levers and dispensers — didn’t really have a static problem.  The ground coffee not only compressed against itself in the chamber, but it also had the time to dissipate the static charge.

Sometimes you can see the effect of compression on static buildup with old doser grinders.  Some  grinders were terrible at compression. If you pulled the lid and ran the grinder, ground coffee flew all over the place and stuck to everything. The sweeper in the doser had to clear the walls and with time it would settle down. If you put a small spoon in front of the opening to allow the coffee to build up on the ejection port, it would begin to flow together and drop neatly into the doser. Hold it too close and it would jam — hence the importance of balancing the restriction with the flow.

Compression works but has a downside. It needs ground coffee retention to be effective. In an industry obsessed with absolutes, God forbid ground coffee sits for 60 seconds before its used to pull the next shot (it’s fine, BTW).

The Other End of The Spectrum

Bulk grinders like Dittings or an EK43 need to clear everything between batches with zero retention, whether for accommodating different coffees or different brewing methods.

To accomplish this, they can’t have any real restriction in the outlet port.  Since coffee is usually dosed prior to grinding, they run free and clear at the end of the cycle, often resulting in fines flying everywhere.

Large industrial grinders have blending chambers attached to the exit ports that ensure good distribution and compress the grounds to disperse static charge.  The alternative is to let the ground coffee sit and dissipate the charge before packaging.

Dealing With Static Without Compression

The ideal grinder would have zero retention and no static electricity issues. The mechanisms and technology to address this solution, however, are imperfect.

Dissipating static charge would be ideal, but how to do it? Providing a good grounding opportunity for the coffee particles seems reasonable, but dissipation takes time; it isn’t instantaneous. You also must make sure to get to every particle of coffee uniformly in real time — a tall order for on-demand espresso grinding.  The other problem is that when you have materials that convey a static charge, the coffee particles are drawn instantly to it; they don’t just fall away with the pull of gravity.

You could use materials that don’t convey static charge at all in the hope that the coffee particles won’t try to stick to it. While this sounds reasonable, there are two issues.

The first is that even static-inhibiting materials don’t convey the charge; a charge still builds on the surface of the material. The second issue is that when you have all of these charged particles and nothing for them to stick to, as soon as they find something they go everywhere.  The action is like powder-coating your portafilter.

Static-dissipative materials are a good compromise.  They don’t provide enough of a ground pathway to attract the coffee grounds, at least excessively, but allow the charge that does buildup on the surface to dissipate and provide a neutral surface for subsequent doses. The rate of dissipation needs to match the duty cycle of the grinder, making high-volume uses more challenging.

Another approach I have seen from a manufacturer was to blast the coffee against a Teflon-coated wall perpendicular to the exit, and then use vibrators to knock loose any grounds that didn’t fall.

This is about understanding how things work — or don’t. You can just throw away the silicone restriction gasket in Mahlkhönig Peak or forget to put the anti-static diffuser back in the Mazzer. They’re important, even if they may not be miracle solutions.

Grinders are better than ever, but each has a purpose. Doserless grinders are ideal for espresso while EK43s might not be ideal, even if they do have a devoted espresso following.

[Editor’s note: Michael Teahan is a longtime espresso equipment technician and coffee equipment designer based in Los Angeles. This article is appearing as part of an unpaid editorial collaboration between DCN and the Coffee Technicians Guild. It was originally published in the CTG blog and is republished here with permission. The Coffee Technicians Guild (CTG) is an official trade guild of the Specialty Coffee Association (SCA) dedicated to supporting the coffee industry through the development of professional technicians. Any views or opinions expressed in this piece are those of the author and are not necessarily shared by Daily Coffee News.]

Great article, even if a little nerdy for us less engineering oriented types! We have dealt with the static charges from industrial Dittings and other large burr grinders in two ways. First, a rubber mat on the floor in front of the grinder. This breaks the use of the operators body as a ground. Before that we had a number of shocking incidents… Second, we connected a copper wire from the unit to a nearby ground ( an electrical conduit for example) so that the charge has a place to go. Problem generally solved!