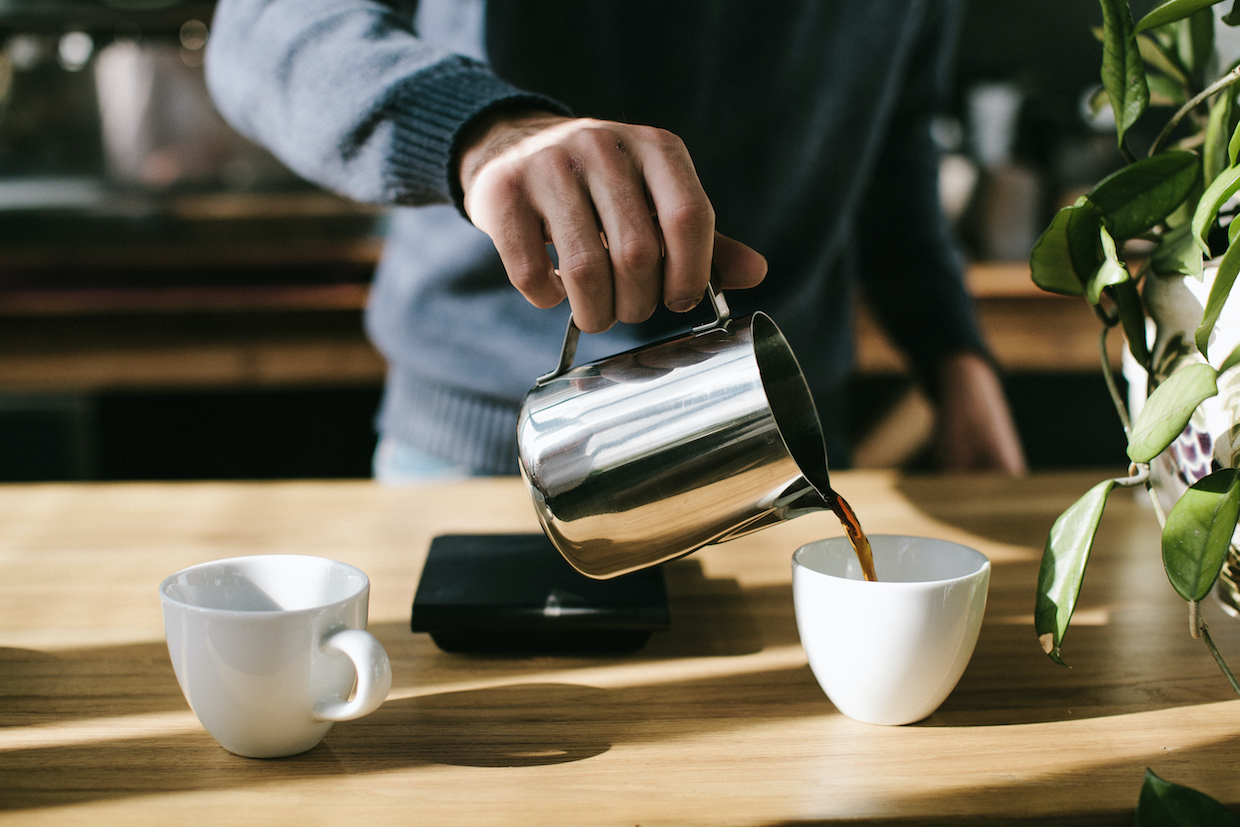 The United States departments of agriculture (USDA) and Health and Human Services (HHS) just beat the buzzer in jointly issuing their updated dietary guidelines for 2020-2025.

Updated every five years and now in its ninth edition, the “Dietary Guidelines for Americans” provides guidance for healthy dietary patterns for different stages of life, from birth through older adulthood, including for pregnant and lactating women.

As one of the country’s most-consumed beverages, coffee and its frequent traveling companion caffeine are prominently mentioned throughout the guidance document. The 2020-25 edition makes 16 mentions of coffee and 18 mentions of caffeine, although that’s down from the 2015-20 edition, which mentioned coffee 25 times and caffeine 37 times.

That discrepancy can be traced to two different types of passages, which were present in 2015, but not in 2020. First, in 2015, the guidelines stated that:

This guidance on coffee is informed by strong and consistent evidence showing that, in healthy adults, moderate coffee consumption is not associated with an increased risk of major chronic diseases (e.g., cancer) or premature death, especially from CVD. However, individuals who do not consume caffeinated coffee or other caffeinated beverages are not encouraged to incorporate them into their eating pattern.

That heaping pile of double negatives was not present in 2020, nor was 2015’s breakdown of different types of drinks that comprise “coffee” — namely, a list of espresso-based beverages.

With the exception of a vague and largely unhelpful section on caffeine during pregnancy and lactation (see the last passage in this story), the 2020 guidelines focus almost exclusively on coffee as a potential vehicle for added sugar.

As an industry member association representing many of the country’s largest coffee-selling companies, the National Coffee Association took umbrage to the guide document’s characterization of coffee, noting that “more than half of American coffee drinkers do not use any sweetener in their coffee.”

“As NCA repeatedly urged the Dietary Guidelines Advisory Committee and the agencies, coffee should be considered separately from other beverages given the preponderance of evidence showing its health benefits, evidence which has further strengthened since the 2015 Dietary Guidelines,” the NCA wrote in a public response to the new document.

Following is every mention of the word coffee (bolded) in the 2020-25 “Dietary Guidelines for Americans.” Please note that these are excerpts and do not constitute full paragraphs, chapters or sections.

In an intro to “Beverages”:

When choosing beverages in a healthy dietary pattern, both the calories and nutrients that they provide are important considerations. Beverages that are calorie-free—especially water—or that contribute beneficial nutrients, such as fat-free and low-fat milk and 100% juice, should be the primary beverages consumed. Coffee, tea, and flavored waters also are options, but the most nutrient-dense options for these beverages include little, if any, sweeteners or cream.

In an intro to “Caffeine”:

Caffeine is a dietary component that functions in the body as a stimulant. Most intake of caffeine in the United States comes from coffee, tea, and soda. Caffeine is a substance that is Generally Recognized as Safe (GRAS) in cola-type beverages by the Food and Drug Administration (FDA). For healthy adults, the FDA has cited 400 milligrams per day of caffeine as an amount not generally associated with dangerous, negative effects. Additional information related to caffeine is provided in subsequent life stage chapters

On “Beverages and Added Sugars”:

In one example of a healthy breakfast, the guidelines included coffee (1 cup) with 1/4-cup fat-free milk, assigning the beverage 25 calories.

Added sugars account on average for almost 270 calories—or more than 13 percent of total calories—per day in the U.S. population. As shown in Figure 1-10, the major sources of added sugars in typical U.S. diets are sugar-sweetened beverages, desserts and sweet snacks, sweetened coffee and tea, and candy. Together, these food categories make up more than half of the intake of all added sugars while contributing very little to food group recommendations.

The guidelines noted that sweetened coffee and tea beverages account for 11% of the added sugars for U.S. citizens age 1 or older.

On caffeinated beverages for young children:

Concerns exist about potential negative health effects of caffeine for young children, and no safe limits of caffeine have been established for this age group. Caffeine is a stimulant that can occur naturally in foods and beverages or as an additive. Major sources of caffeine for Americans include beverages such as soft drinks, tea, coffee, and sports drinks. Beverages containing caffeine should be avoided for children younger than age 2.

On added sugar intake in childhood:

Sugar-sweetened beverages (e.g., soda, sports drinks, energy drinks, fruit drinks) and sweetened coffees and teas (including ready-to-drink varieties) contribute over 40 percent of daily intake of added sugars. More than in earlier life stages, adults consume coffees and teas with additions, such as sugar and flavored syrup. Frequent consumption of these and other beverages containing added sugars can contribute to excess calorie intake. Some sugar-sweetened beverages, such as coffee and tea with milk, contribute to food group intake (e.g., dairy) and can be made without added sugars.

Even more on added sugars:

On caffeine consumption during pregnancy and lactation:

Many women consume caffeine during pregnancy or lactation. As discussed in Chapter 1, most intake of caffeine in the United States comes from coffee, tea, and soda. Caffeinated beverages vary widely in their caffeine content. Caffeine passes from the mother to infant in small amounts through breast milk, but usually does not adversely affect the infant when the mother consumes low to moderate amounts (about 300 milligrams or less per day, which is about 2 to 3 cups of coffee). More information is available at: cdc.gov/breastfeeding/breastfeeding-special-circumstances/dietand-micronutrients/maternal-diet.html. Women who could be or who are pregnant should consult their healthcare providers for advice concerning caffeine consumption.