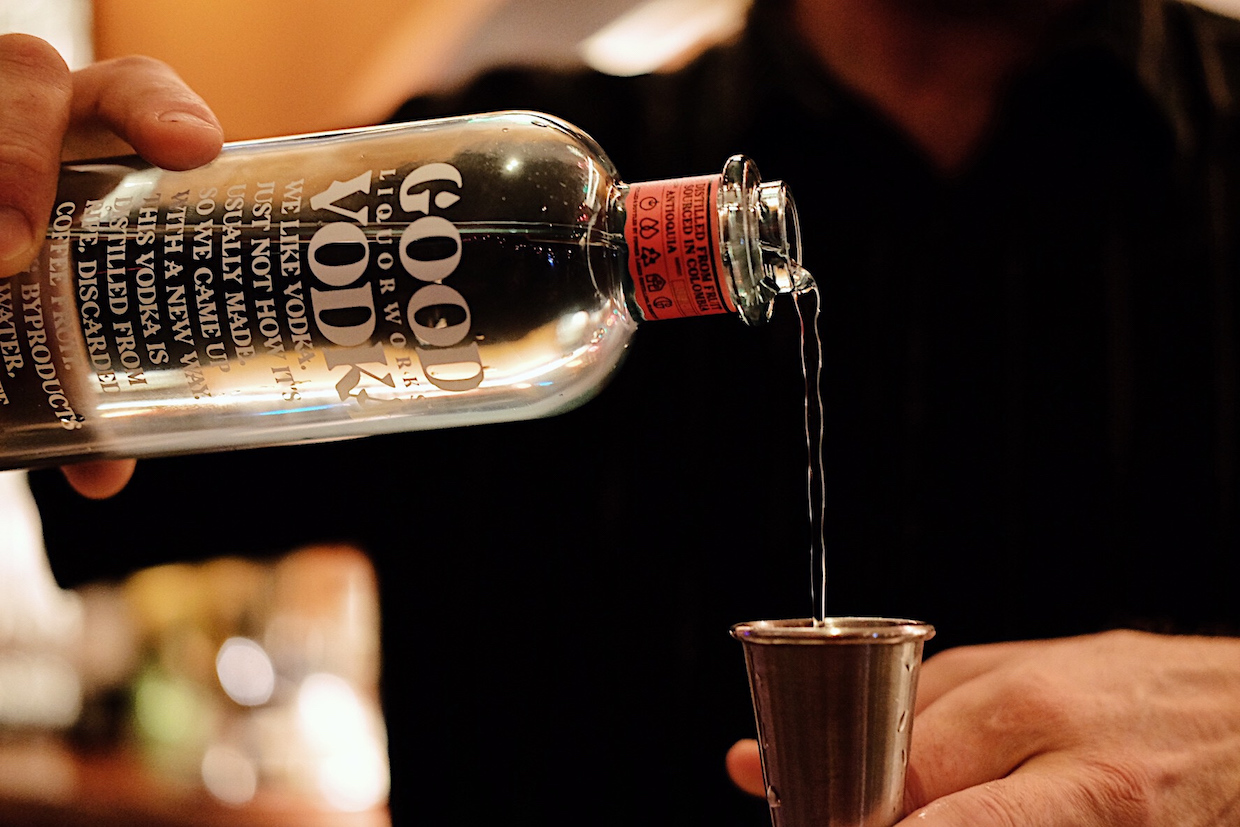 Good Vodka is distilled using coffee fruit that might otherwise be discarded or converted to fertilizer. Photo by Tristan Willey, courtesy of Good Vodka.

The startup has just launched its flagship Good Vodka, a clear spirit made from alcohol derived from sugars in coffee cherry, the fruity layer around the coffee bean that is often discarded or turned into fertilizer during the post-harvest phase of coffee production where coffee is grown and milled.

Good Liquorworks Co-Founders Tristan Willey and Mark Byrne met roughly a decade ago as distillers at Kings County Distillery in Brooklyn, New York. From there, Byrne moved on to become an editor at GQ Magazine and then worked as a consultant on brand development projects in the liquor industry, while Willey’s path led to the opening and operation of cocktail bars. 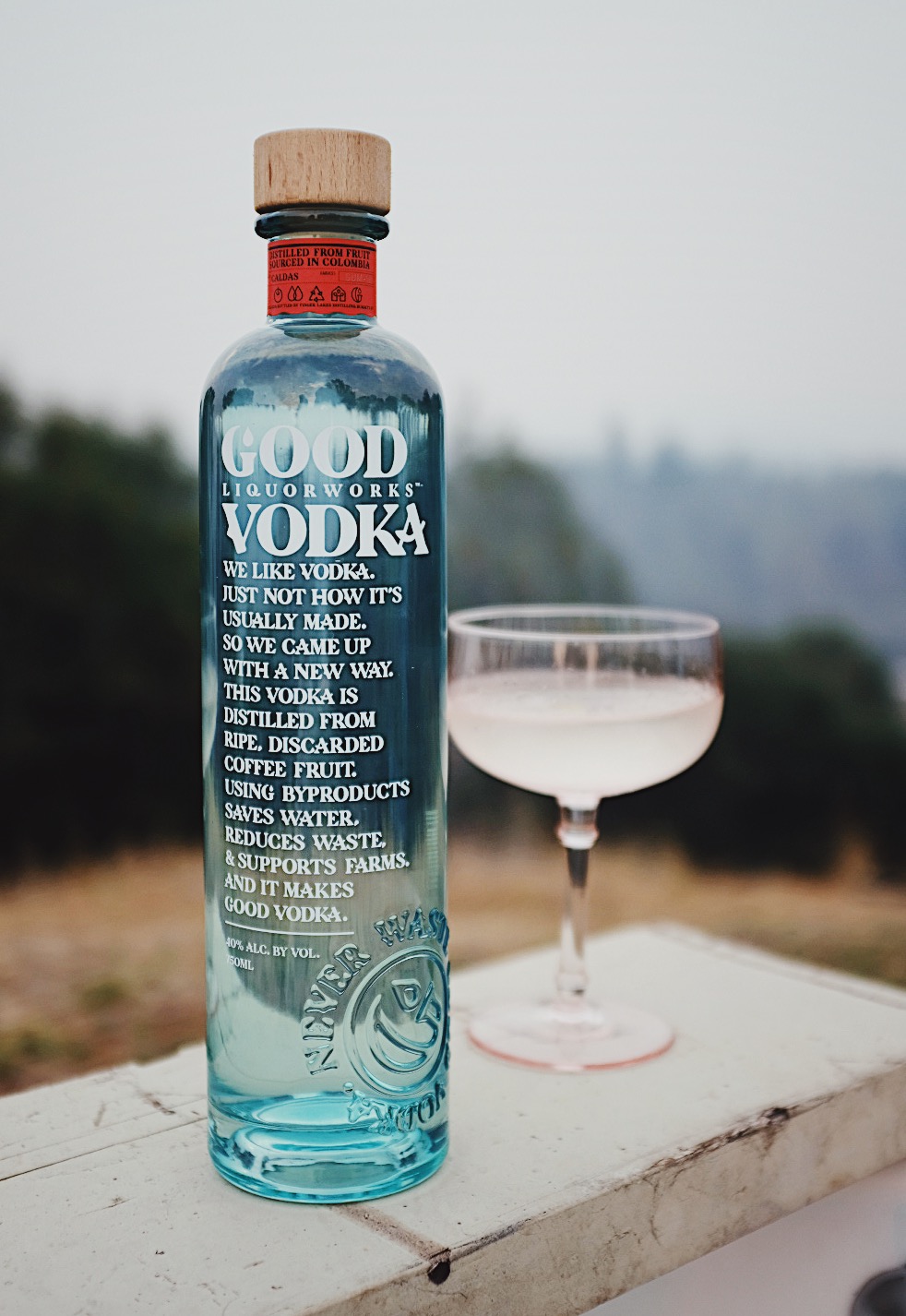 While developing a quality coffee program for one of those bars, Willey traveled to Guatemala in 2013 to learn about how coffee is harvested and processed. There he saw a heaping pile of discarded fruit decaying in the sun in the corner of a farm, and learned that while some would be used for fertilizer, most of it would be washed downhill into rivers or trucked to landfills.

“For a former distiller, a sugar source is all you need to make alcohol, so to see this massive pile of sugar just going to waste is kind of a shame,” Byrne told Daily Coffee News. “[Willey] figured it could be interesting to see what it tasted like if fermented and distilled. That was the start. From there, we spent years building out a supply chain to move the discarded fruit and harness its sugar.”

Willy and Byrne reunited in 2015 to get to work on Good Vodka, spending six years researching and developing the product. The result, according to Byrne, is a vodka of rounder mouthfeel and more full-bodied flavor than those made from alcohols derived from potatoes or grain. 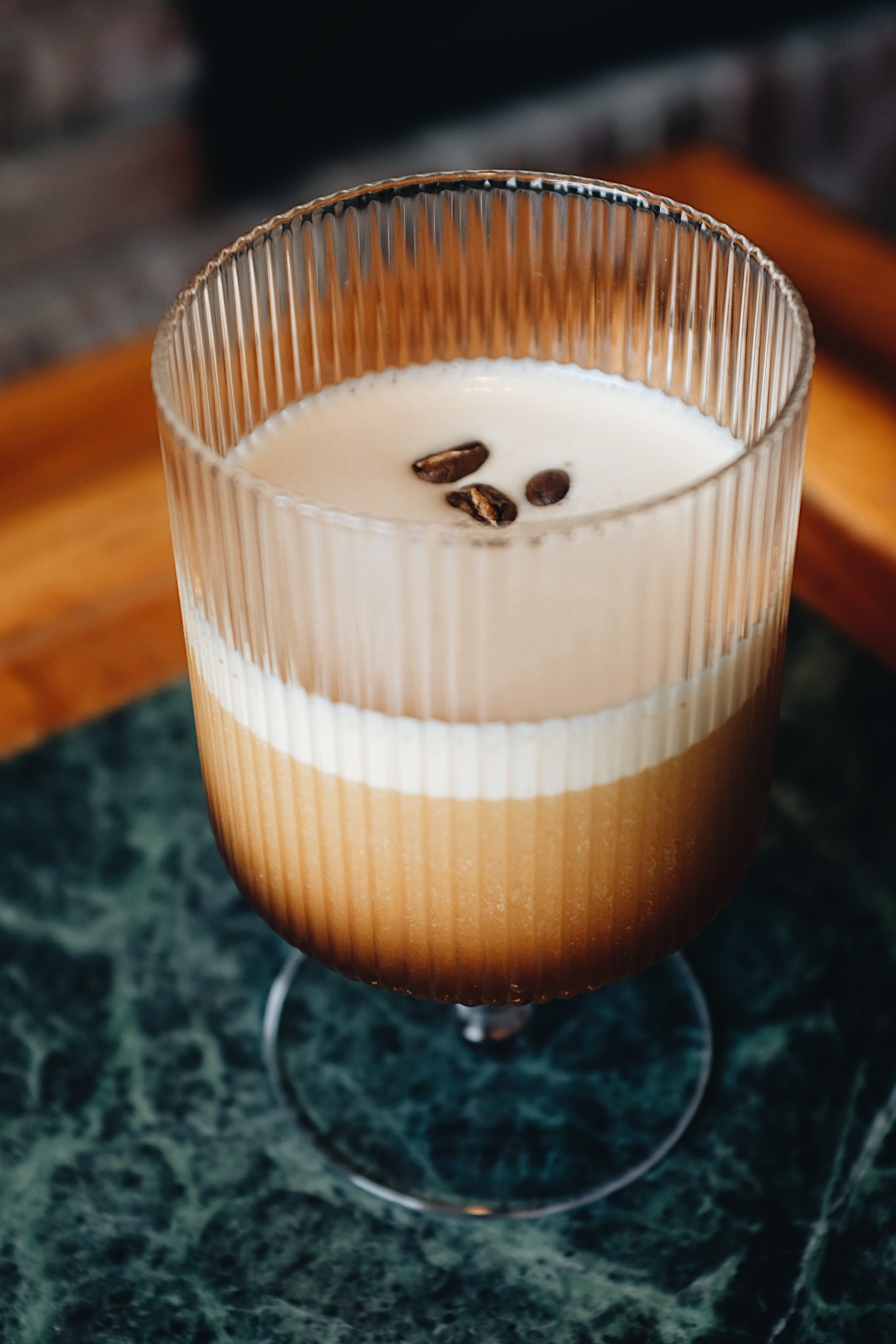 “If you pay attention, you’ll find notes of vanilla and a hint of black pepper, as well,” said Byrne. “Everyone who tries it is pleasantly surprised, I think in part because it can be surprising to find out that vodka doesn’t have to taste like industrial corn or potato ethanol.”

Those particular flavor notes occurred regardless of coffee species or post-harvest process, according to Byrne. Species is relevant in that arabica coffee, which contains roughly twice as much sugar as robusta, will yield more alcohol based on its sugar content, although the subtle, almost imperceptible variations in the flavor profile would be more a result of which portion of the fruit is used.

“We have experimented with distillations of the cascara, the pulp, and the pulp suspended in wastewater from semi-washed processing,” said Byrne. “The latter is what we use now. [We also tried] various formats of each — dried, boiled, concentrated, etc., and there are interesting flavor fluctuations for each. But the core notes of sweetness, a hint of pepper, appear in all of them.”

The distillers also discovered that the overall quality of the coffee — as a coffee beverage — had no impact on the qualities of the coffee fruit vodka, which could be good news for producers seeking to capture additional value from their harvests.

“Ripeness would have an impact on yields, but we didn’t experiment much with ripeness as a variable because we don’t want to create an economy where coffee fruit is picked specifically for the purpose of making alcohol,” said Byrne. “The intent here is to use it as a byproduct, which is to say, as it already exists within the coffee bean supply chain. That said, we use very good, hand-picked coffee fruit, because that is what’s grown by the farms we work with.”

Good Vodka’s first bottling of 750-ml bottles, priced at $29.99 each, is made from fruit purchased from farmers in the Caldas region of Colombia, in collaboration with the Colombian Coffee Growers Federation (FNC).

The company then works with Finger Lakes Distillery located in the Finger Lakes region of New York for fermenting and distilling the vodka. Good Liquorworks intends to eventually expand the project to other coffee-producing locations around the world, while also possibly using the fruit as the basis for other types of spirits. 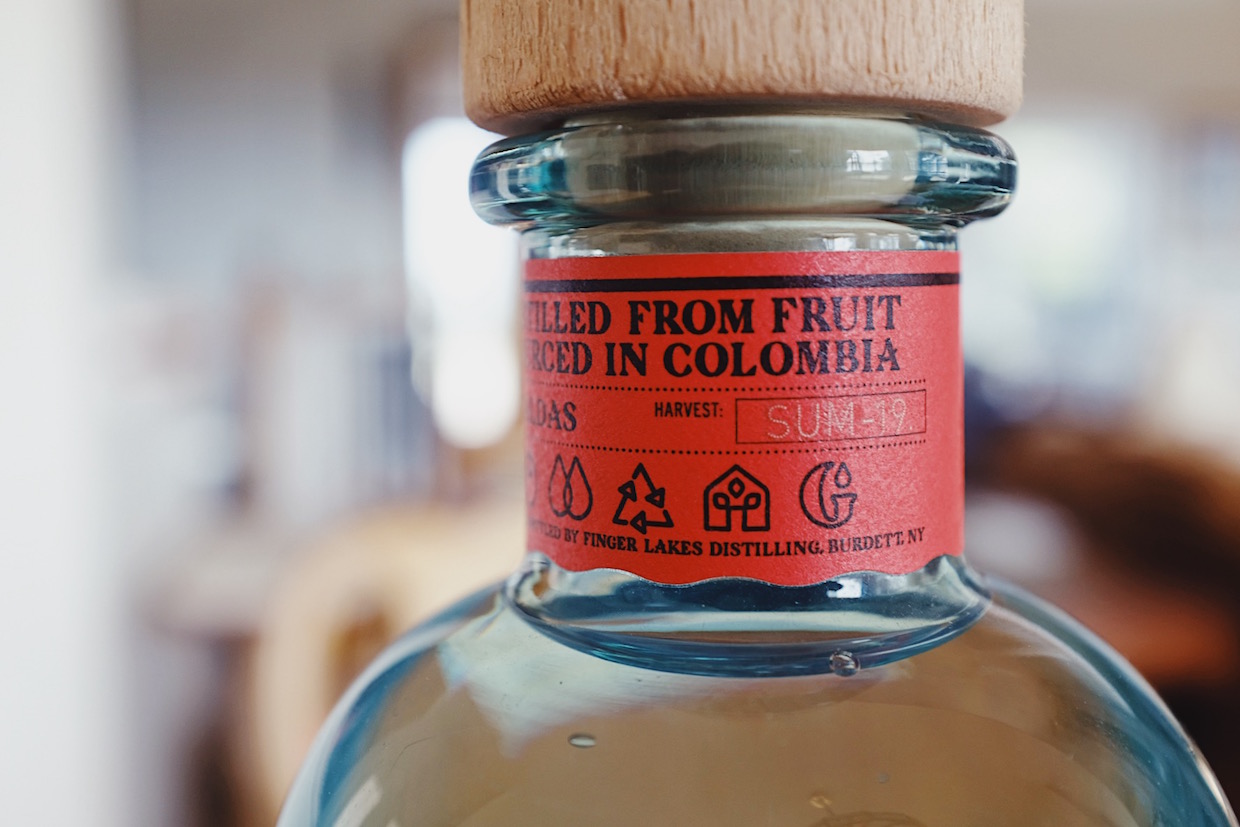 “We’re very excited about using this as a base for vodka, but at some point hope to show it off as a spirit with a more pronounced flavor profile,” said Byrne. “We’ve made it as a more flavorful eau de vie, and it’s delicious.”

The company plans to launch with an e-commerce retailer in March. Currently, Good Vodka is available through select liquor sellers based in California in New York.

Is it high in carbs due to the sugar ?