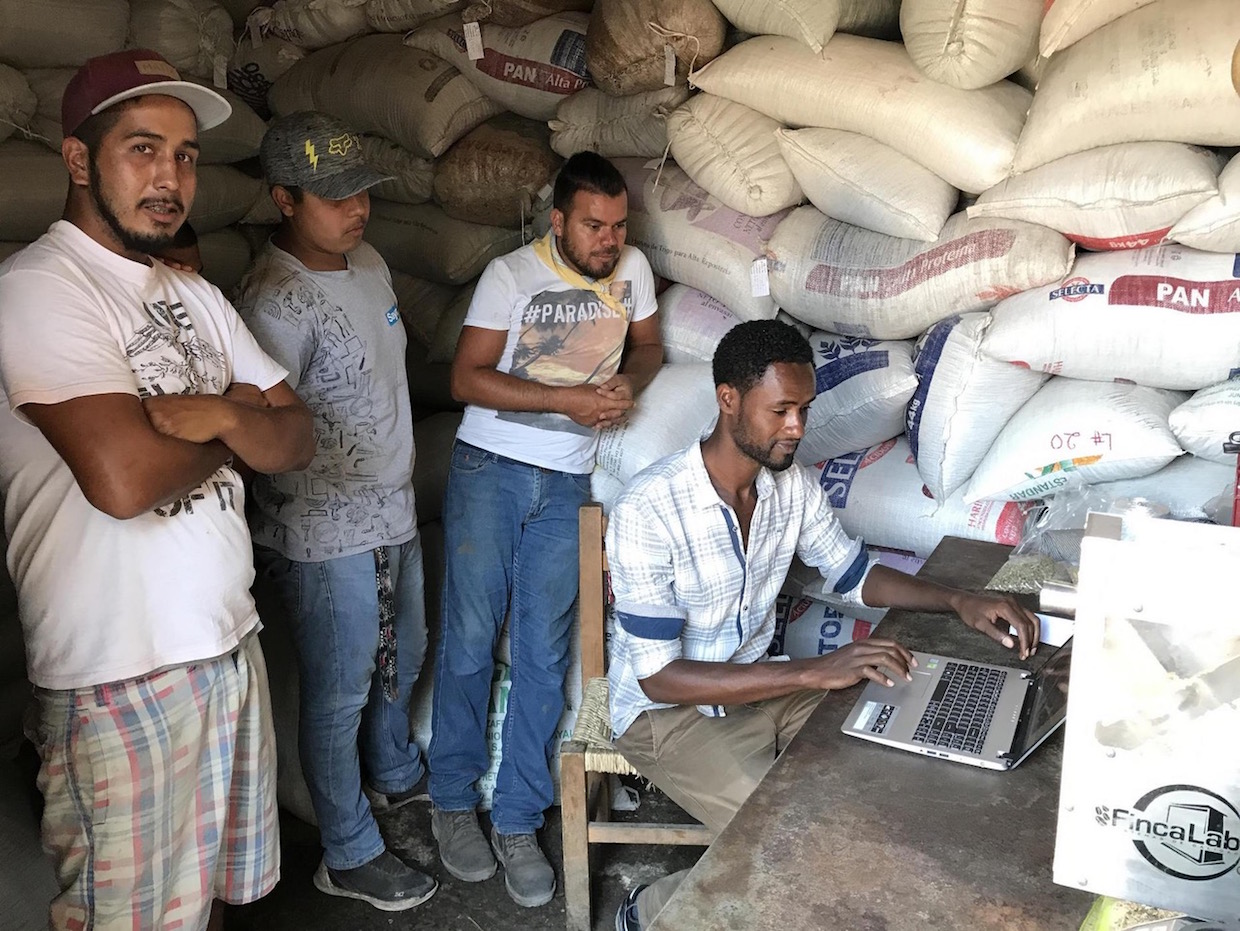 Mengistu Itefa (seated) acted as an intern on behalf of Ethiopia’s Asikana producer cooperative to implement the FincaLab system. Here he’s showing photos to members of the PROCAA group in Nayarit, Mexico. All images courtesy of San Cristobal Coffee Importers.

San Cristobal, which was focused mainly on trading partners and relationships in parts of Nayarit, Mexico, since its founding in 1996, has been honing the system there for more than a decade, attempting to engage coffee producers in quality management processes from seed to cup.

The proprietary quality management system (QMS) is now reflected for the first time outside Nayarit through a transcontinental internship involving members of the Asikana cooperative in Oromia, Ethiopia. The internship and implementation has resulted in the Ethiopian producer group’s first coffee exports.

The FincaLab system involves extended ICO marks on each bag of green coffee along with corresponding barcodes that trace coffees to the farm level and detail processing methods, coffee variety and other distinct features. 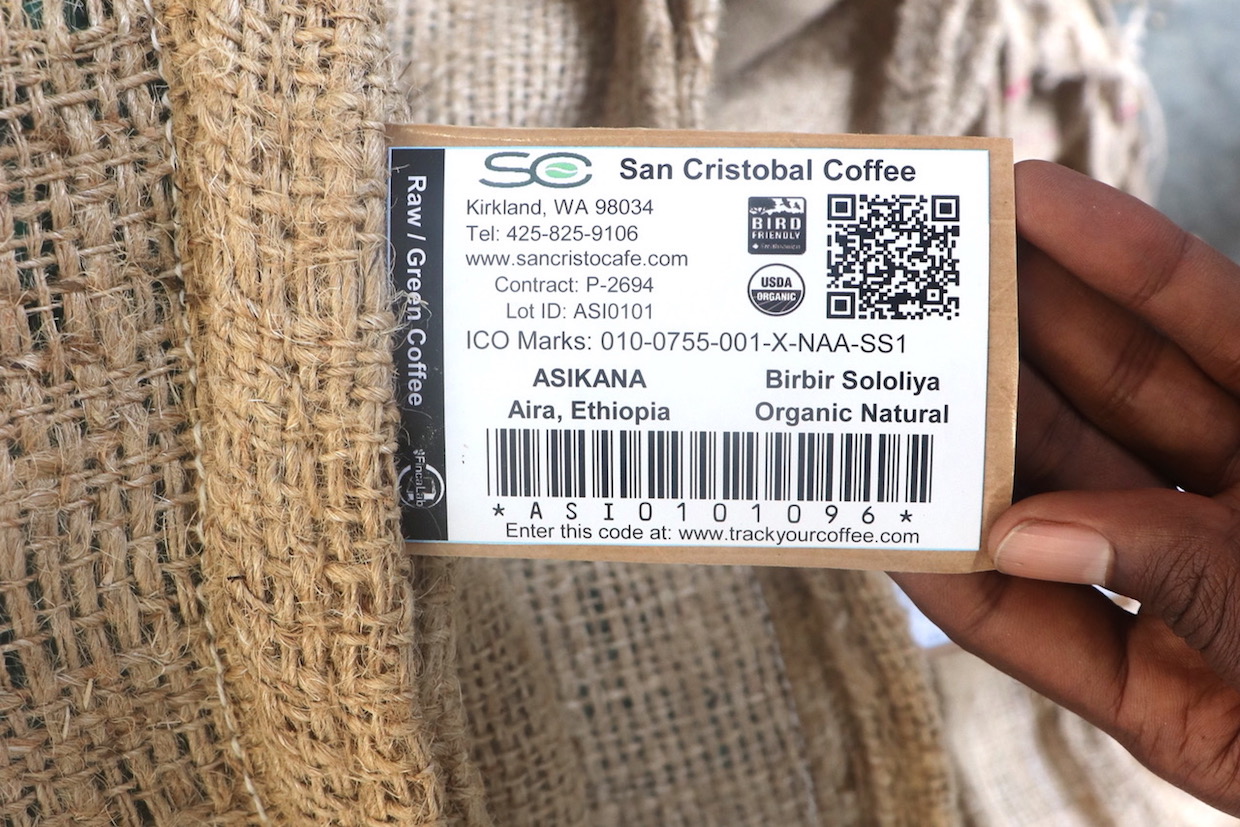 The system is designed for traceability throughout the supply stream, while its also designed to ensure that farmers are receiving adequate compensation though continued access to markets via the centralized platform.

“Our model organization, Grupo Terruño Nayarita (GTNAY), has some 600 producer members spread throughout six coffee-producing communities and eight local societies across the state of Nayarit,” San Cristobal President and FincaLab developer James Kosalos recently told DCN. “Without a quality management system (QMS) and a centralized corporate structure in place, any one producer from one of these locations has no guarantee they will have a buyer for a given harvest, and they have no insurance if their coffee quality is not good.”

Though the system has proven beneficial to buyers and sellers alike, expanding it to producer partners in Ethiopia required more than mere barcodes. It took lengthy in-person commitments, including multiple flights from Ethiopia to Mexico and vice versa over the course of two years.

Said Kosalos, “The intern, Mengistu Itefa, observed all the details of the FincaLab QMS [in Nayarit], from the picking of fruit to the milling of the resulting coffee and the loading of containers with coffee in barcode-labeled bags destined for the U.S., Australia, and Great Britain — each with an internet traceable serial number.” 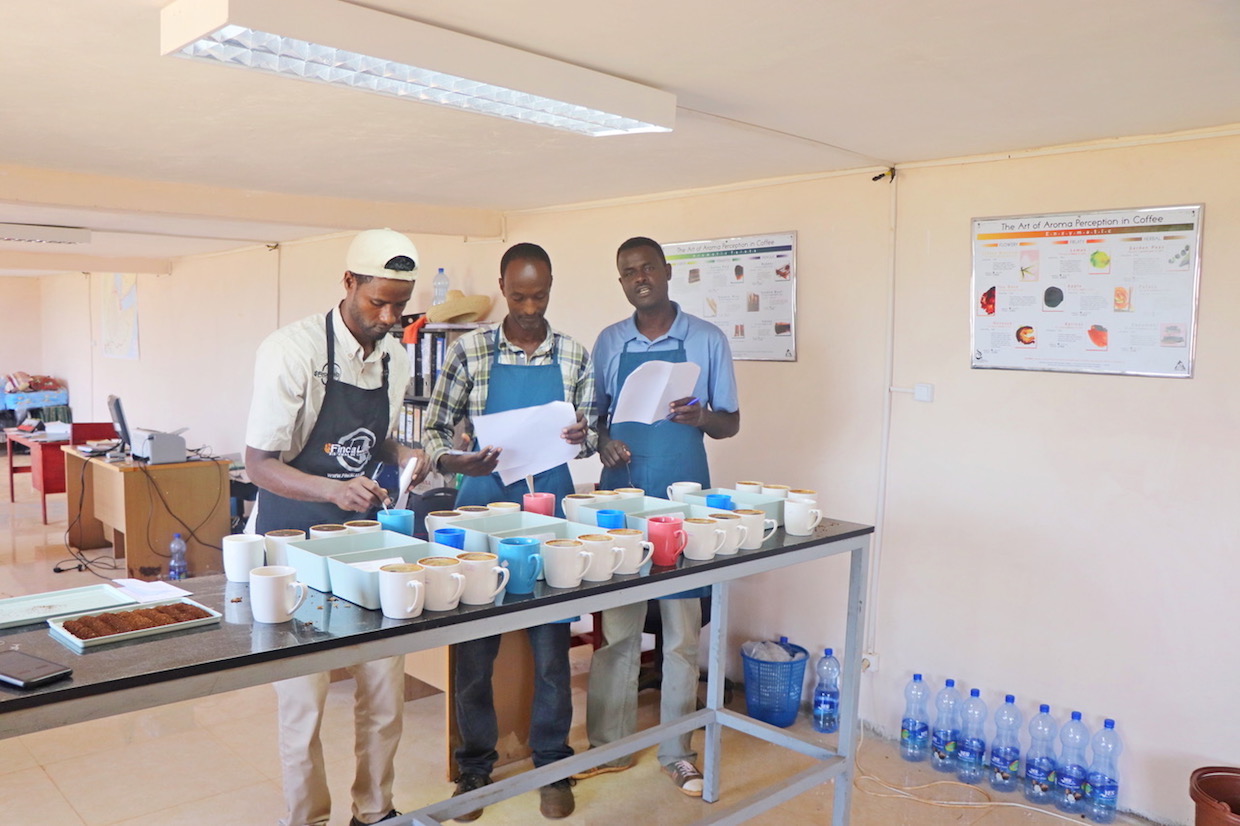 Though palate calibration and logistical issues and a host of other factors made the prospect of translating the QMS daunting, the first container of FincaLab-generated, traceable coffees from Ethiopia successfully arrived late last year.

San Cristobal said that despite some recent challenges due to civil unrest and supply disruptions in parts of Ethiopia, it plans to continue implementing the FincaLab system to ensure a more equitable supply chain.

[Editor’s note: Multiple reporters contributed to this story. The story has been updated. An original version incorrectly identified warehousing partner Costa Oro as based in Nayarit, Mexico. Costa Oro is based in the United States, with facilities in Oregon and Washington state.]

I am staff of Asikana International Trading.I was very happy when read the article