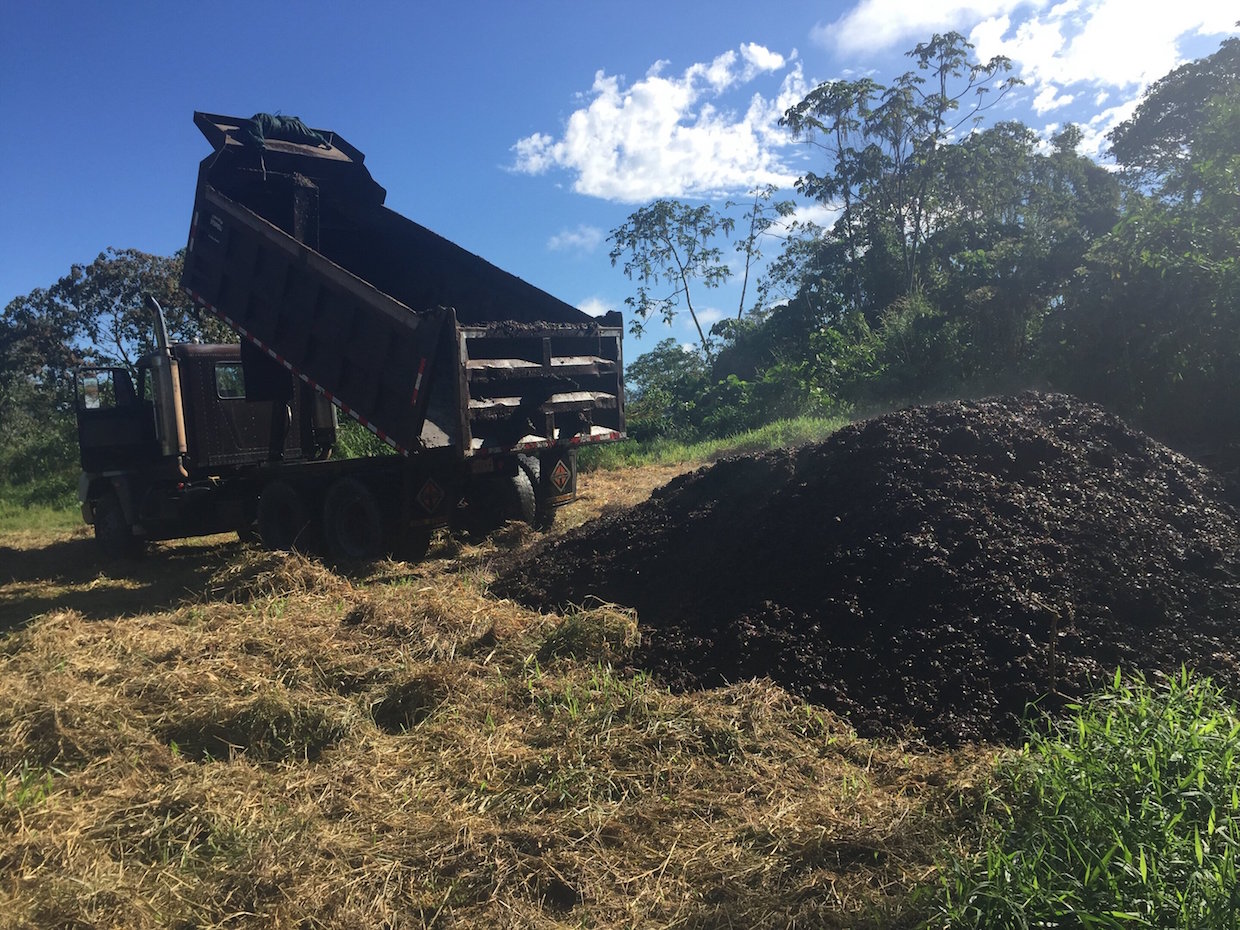 Coffee pulp being delivered to the test site in Costa Rica. All images by Rebecca Cole, courtesy of the British Ecological Society.

Researchers from the British Ecological Society reported “dramatic results” over the two year length of the study, which focused on post-agricultural land in the coffee lands of Costa Rica, a global leader in sustainable agriculture.

“The results were dramatic,” Rebecca Cole, lead author of the study, said in an announcement this week upon the publication of the study in the journal Ecological Solutions and Evidence. “The area treated with a thick layer of coffee pulp turned into a small forest in only two years while the control plot remained dominated by non-native pasture grasses.” 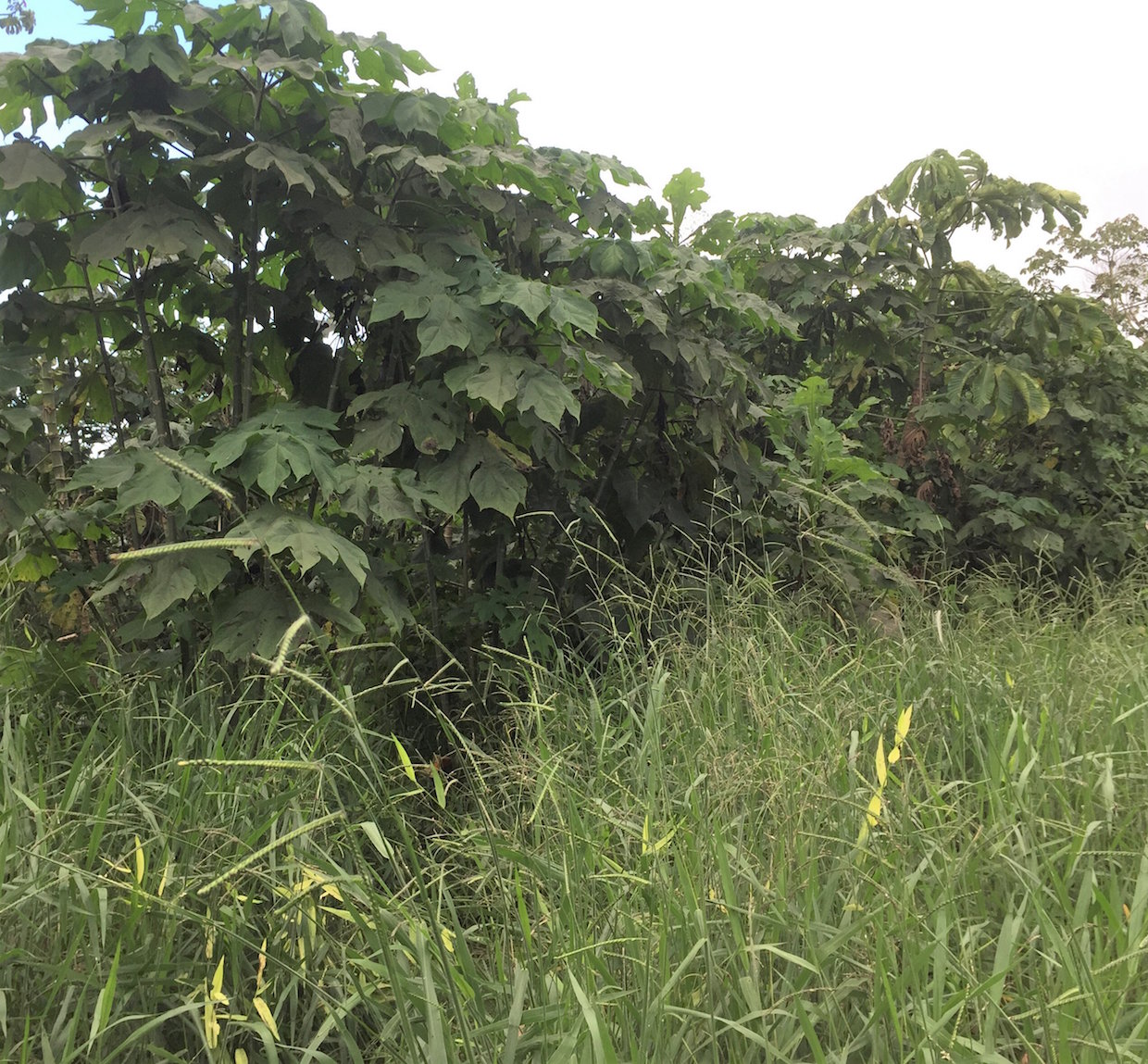 For the study, researchers applied an approximately 1.6-foot layer of coffee pulp that had been stripped from the coffee bean at processing mills. The application of the pulp itself served to prevent growth of the invasive pasture grasses that dominated the land, while allowing for native tree species to move in through natural dispersal of seeds, researchers said.

More specifically, after the two year period, the pulp-treated land had an 80% canopy cover compared to 20% in the control area, with canopy heights also reaching four times taller in the treated area. Furthermore, researchers found elevated levels of soil nutrients, including carbon, nitrogen and phosphorous in the treated soil.

“This is a promising finding given former tropical agricultural land is often highly degraded and poor soil quality can delay forest succession for decades,” they wrote.

Researchers in this study noted that it is inherently limited by the two-year study period, and that while there may be applications aplenty for the use of coffee pulp in tropical reforestation efforts, the practicability of those applications is questionable and case-specific.

Coffee pulp and other organic byproducts of post-harvest processing has long been converted to nutrient-rich compost for reintroduction to coffee fields. However, producers by and large have not been incentivized to invest in alternative uses for coffee byproducts. 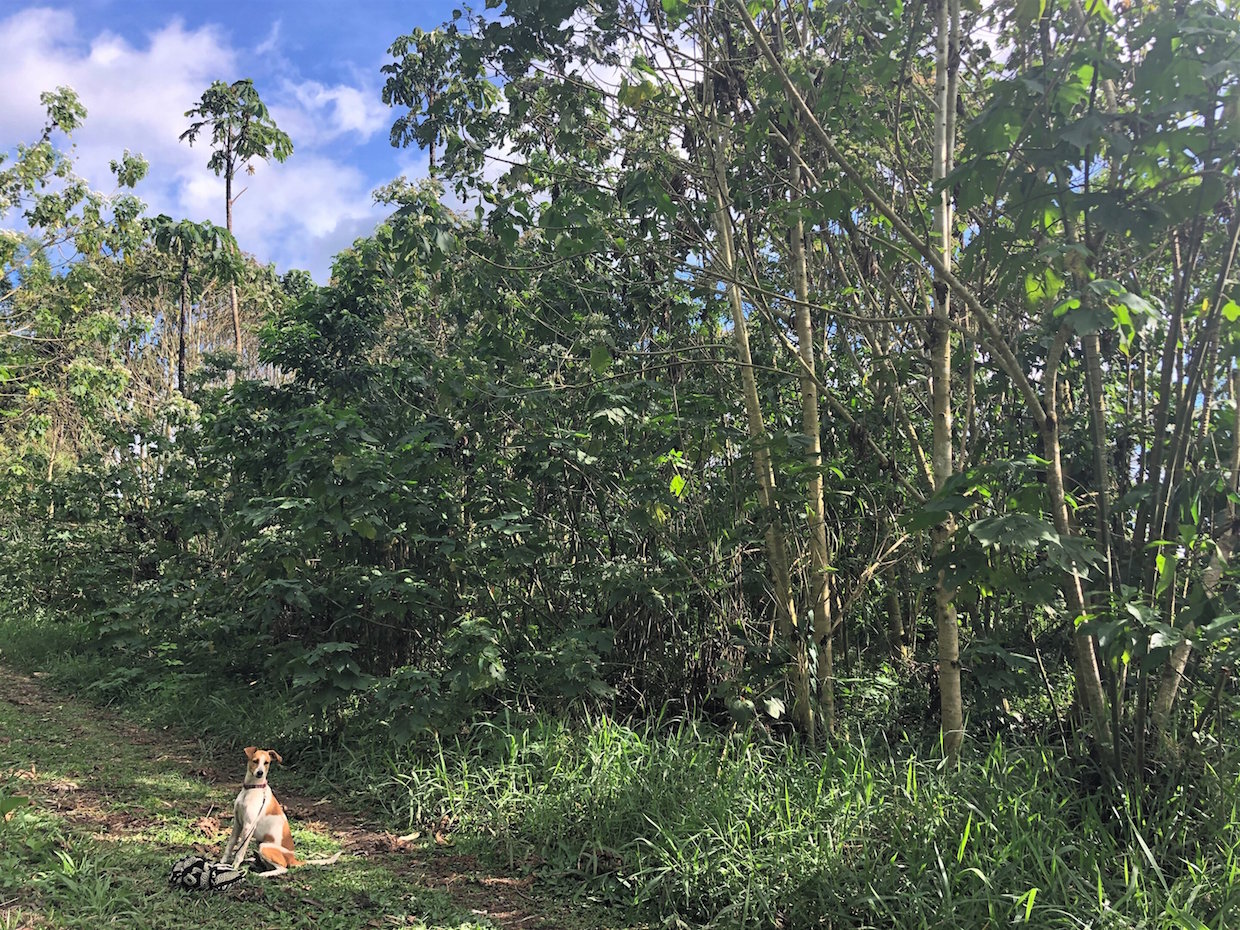 The pulp-treated land after three years.

Wrote Cole, “We hope our study is a jumping off point for other researchers and industries to take a look at how they might make their production more efficient by creating links to the global restoration movement.”