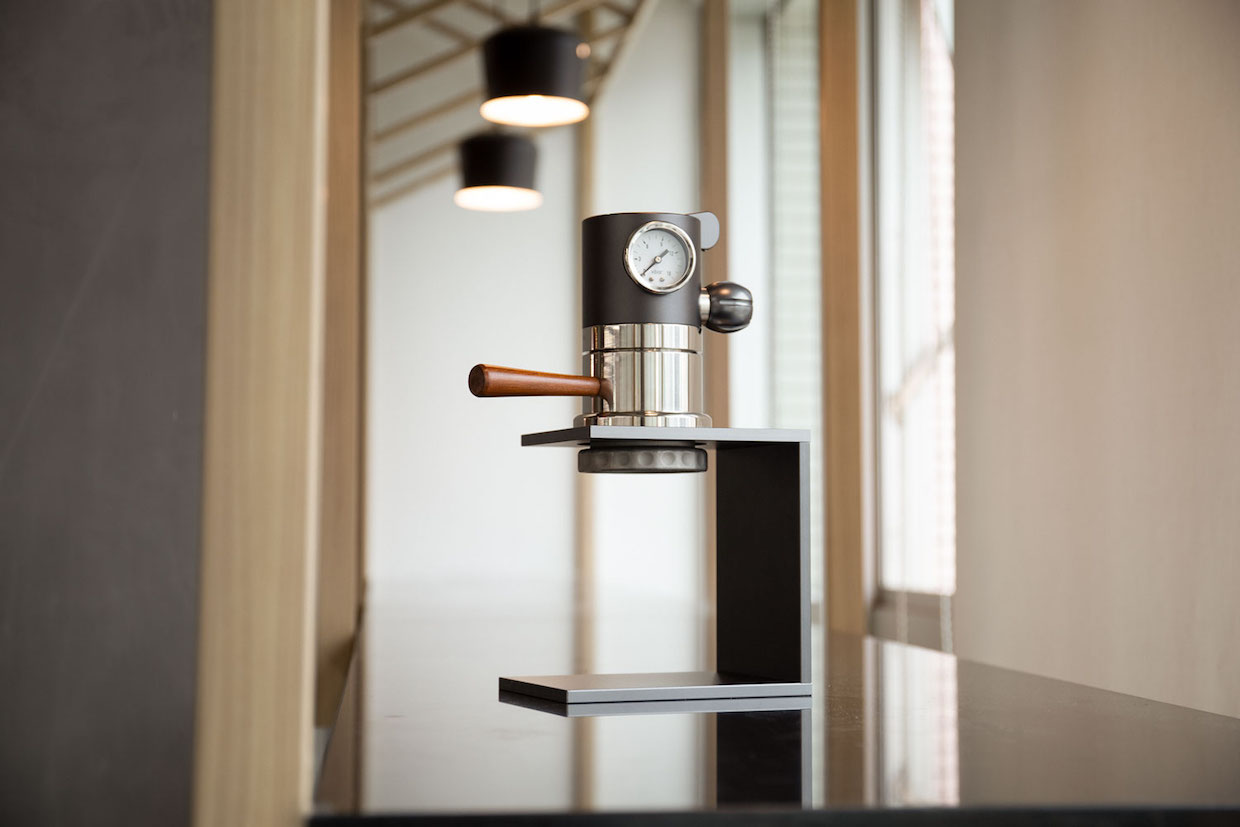 The Xbar espresso maker from a Chinese manufacturer has surpassed $80,000 on Kickstarter.

Currently charging through Kickstarter is a new portable espresso brewing device from China called the Xbar, which uses either a gas cartridge or a bicycle pump to exert water pressure.

Two valves on the side of the Xbar allow for the different pressure sources. One is a Shrader valve, compatible with a wide variety of electric or manual bicycle pumps, and the other accepts disposable 8-gram CO2 gas cartridges, such as those used for small seltzer-makers.

When using a bike pump, the pump is in control of the upward ramp of pressure while brewing. With the cartridge, a paddle on the top of the Xbar allows users to control the upward ramp of pressure. In either case, a metal knob on the side of the Xbar is used for throttling pressure downward. A pressure gauge on the face of the device allows users to monitor the level for pressure profiling. 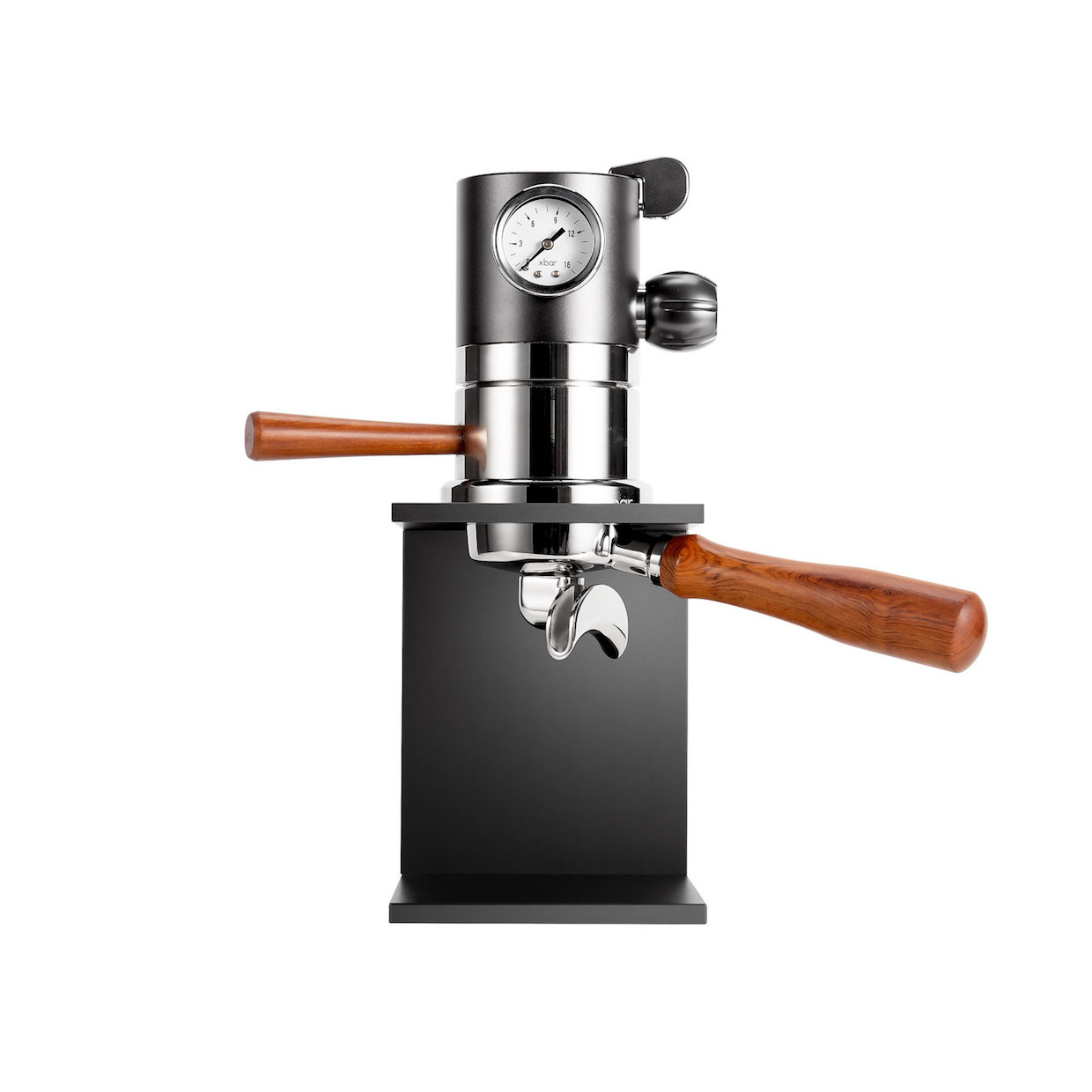 The 58-millimeter brew head is made of stainless steel. The pressure control system is made of aluminum, stainless steel and brass parts, and the Xbar’s aluminum stand is available in two heights, depending on the heights of cups the user prefers. The company said a single CO2 charger can produce between 4-8 double or triple shots of espresso,  a number that depends more specifically on the volume of water added or the duration of extraction, as opposed to grind and tamp.

“The more water you add, the smaller the remaining space of the brewing head, so only a relatively small amount of gas can form a high pressure,” a representative of the brand told Daily Coffee News via email. “Secondly, the longer the high pressure is used in pressure profiling, the more gas will be consumed.”

“At the beginning, Xbar was designed for [Meng]’s own use,” Xbar told Daily Coffee News. “After more than two years of continuous improvement of Xbar, Xbar became a mature espresso machine. Most manual espresso machines tend to be expensive and bulky, and the pressure is often unstable. Xbar makes up for these shortcomings; [it is] affordable, portable and stable.” 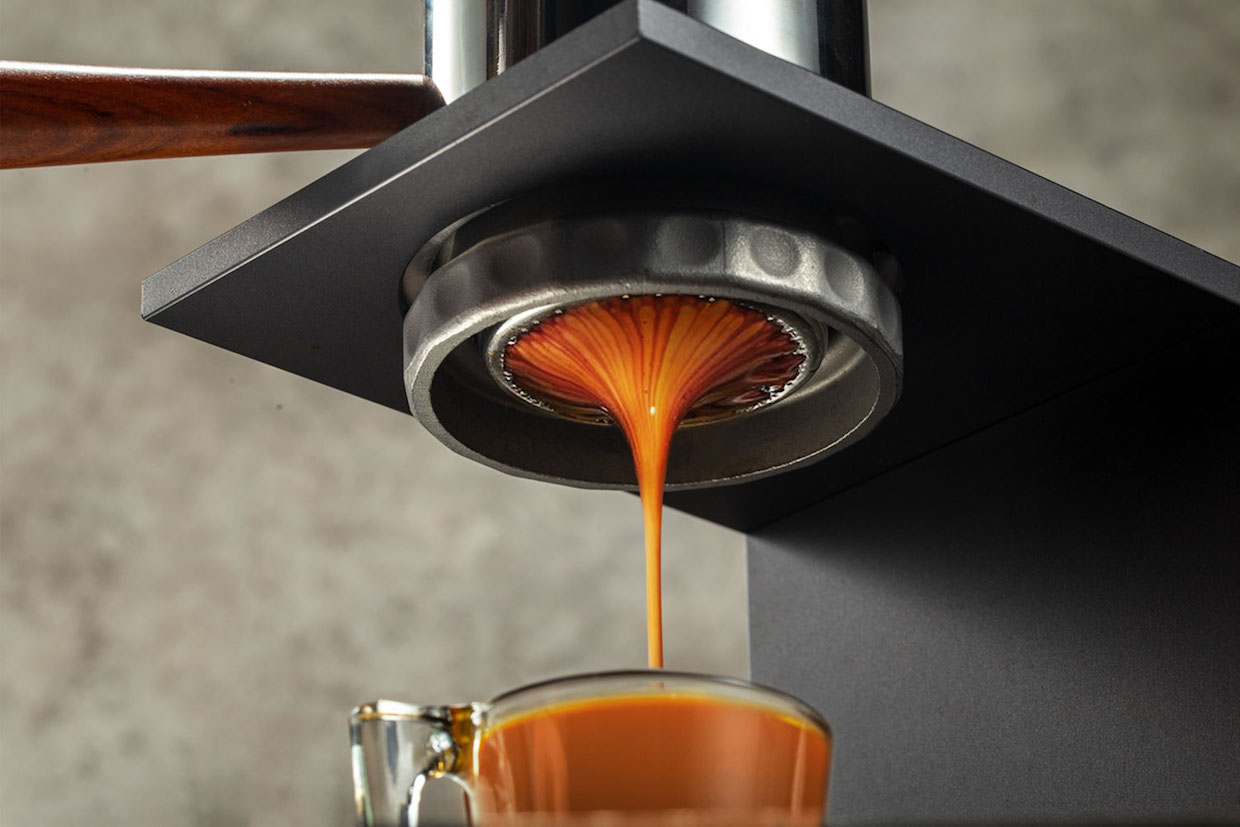 The company recommends the CO2 method when possible for the smoothest extraction and best stability, followed by the bike pump option.

“The manual bike pump can be used to brew espresso, but the gas output is unstable,” the company said. “The output of the electric air pump is more stable, and the effect will be better. It is best to use a gas charge, because it is a high-pressure liquid gas. Through our specially designed valve, the rate of pressure rise can be flexibly controlled, and achieve truly complete pressure profiling.” 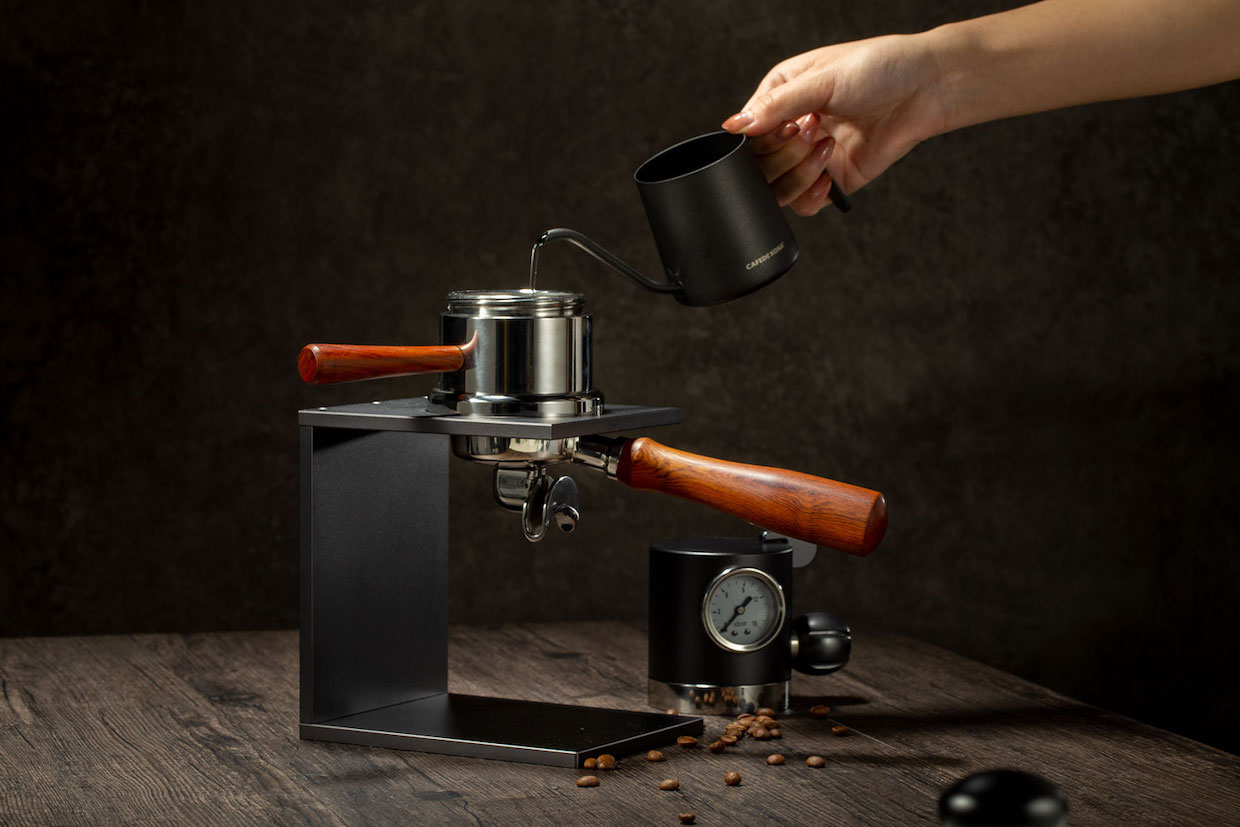 The Kickstarter campaign launched by the Chinese company on May 11 surpassed its $5,000 funding goal in about 10 minutes, and is now up to more than $80,000 with a month remaining. Xbar devices are slated to begin shipping to customers in September, at which time its retail price will be roughly $230, according to the campaign.