At Aquiares in Costa Rica, a Model for Carbon Negativity through Agroforestry 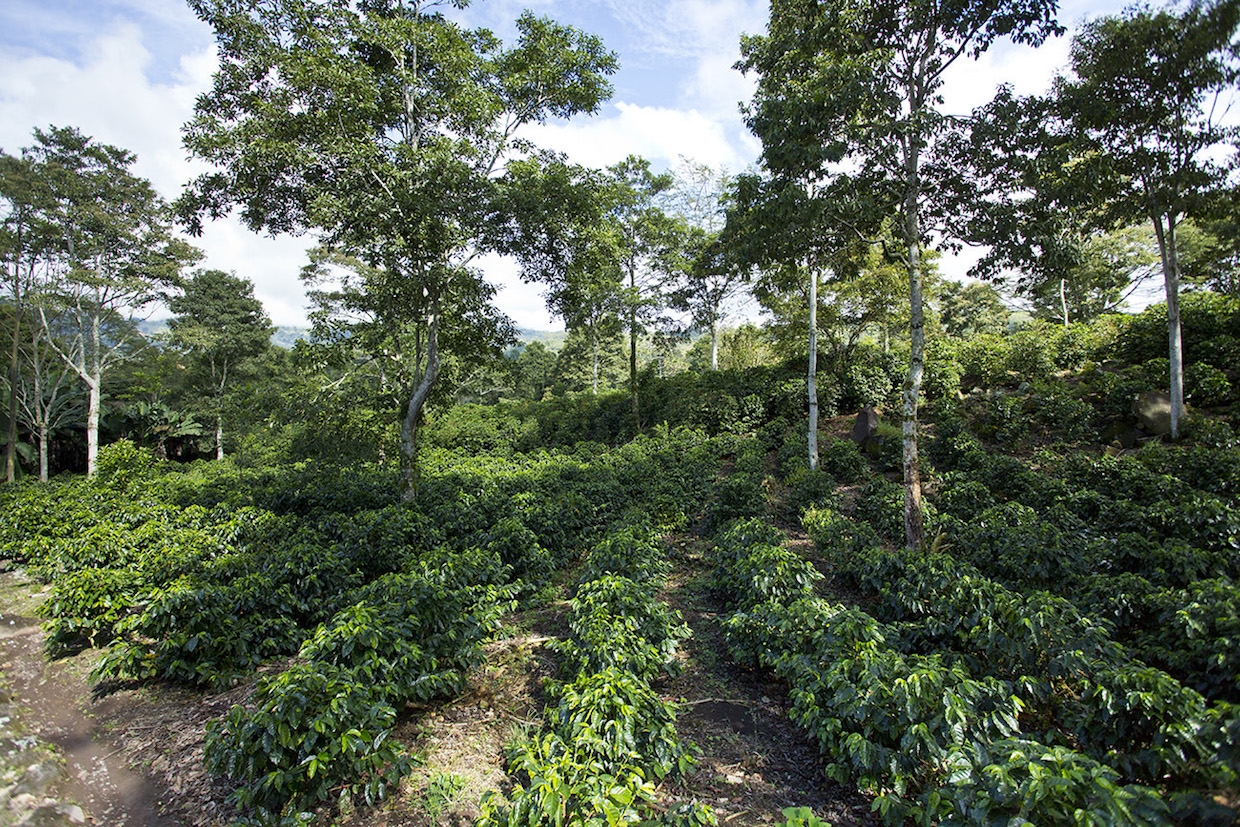 Native shade trees among the coffee plants at Aquiares in Costa Rica. All images courtesy of the author, unless otherwise noted.

As climate change continues to affect global agricultural systems, it is imperative that coffee producers and consumers alike progress towards sustainable solutions.

There are countless examples of innovation in environmental sustainability throughout the coffee supply chain, among people growing, processing and purchasing coffee. Yet as the industry looks forward to what sustainable solutions may come, we can also borrow lessons from environmental and social sustainability initiatives already well afoot. 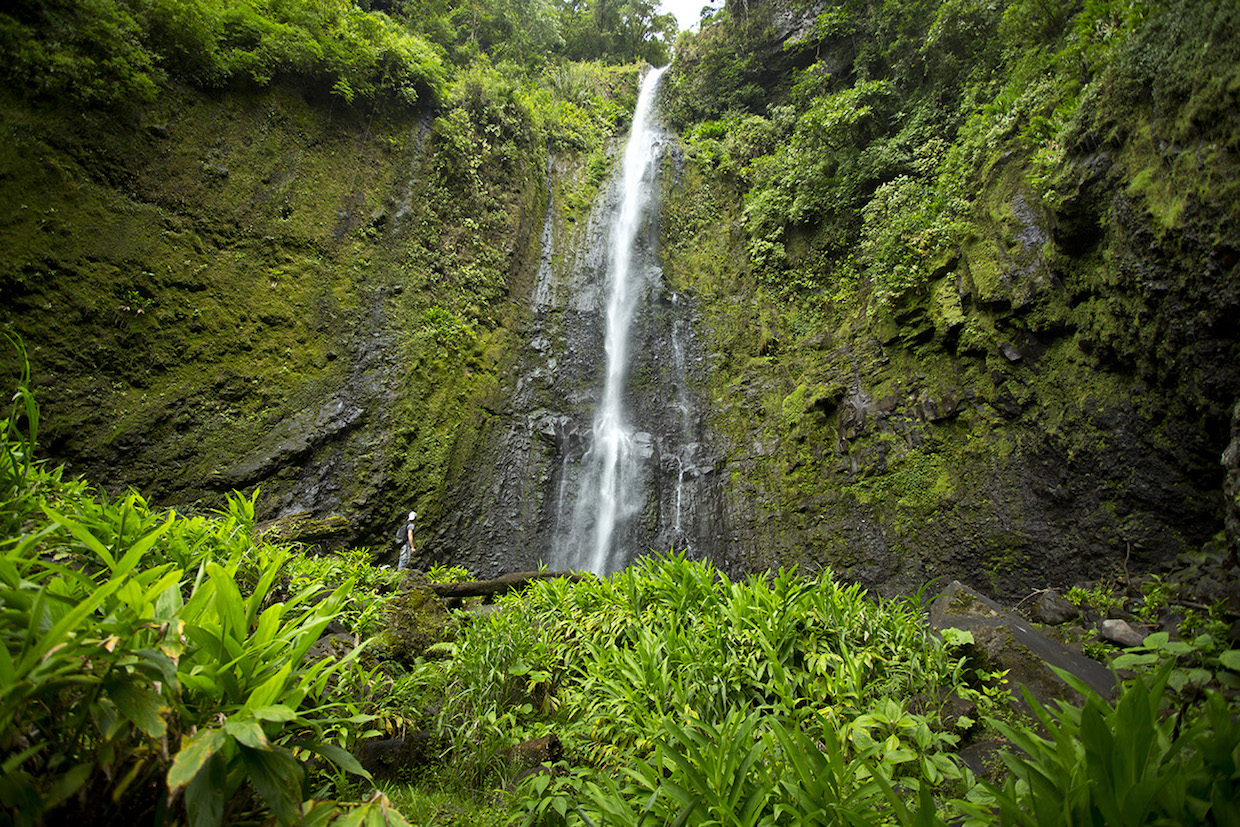 One fine example lies in Costa Rica, a nation that has positioned itself as an environmental leader within Central America with ambitions to make entire industrial and agricultural sectors, including coffee, carbon neutral. Costa Rica is responsible for less than 2% of global coffee production, yet coffee has remained an important export crop for the country for more than 200 years.

Within Costa Rica, a coffee estate that provided some of the country’s very first coffee exports has also been leading the way in environmental action, reducing its own emissions in the production of high-quality coffees while sequestering carbon in trees for more than two decades.

The Aquiares estate occupies a 920-hectare (approximately 3.5 square mile) area along the slopes of the Turriaba volcano. Founded by English businessmen in 1890, the estate changed ownership to three families in the 1970s and is now controlled by one of those families, the Robelos. Multiple generations of Robelo family members now operate the farms, while leading several pioneering environmental efforts.

At Aquiares, which translates in the indigenous language Huetar to “land between rivers,” approximately 80% of the land is dedicated to producing coffee while 20% is preserved and protected to ensure native species, wildlife and vegetation thrive. 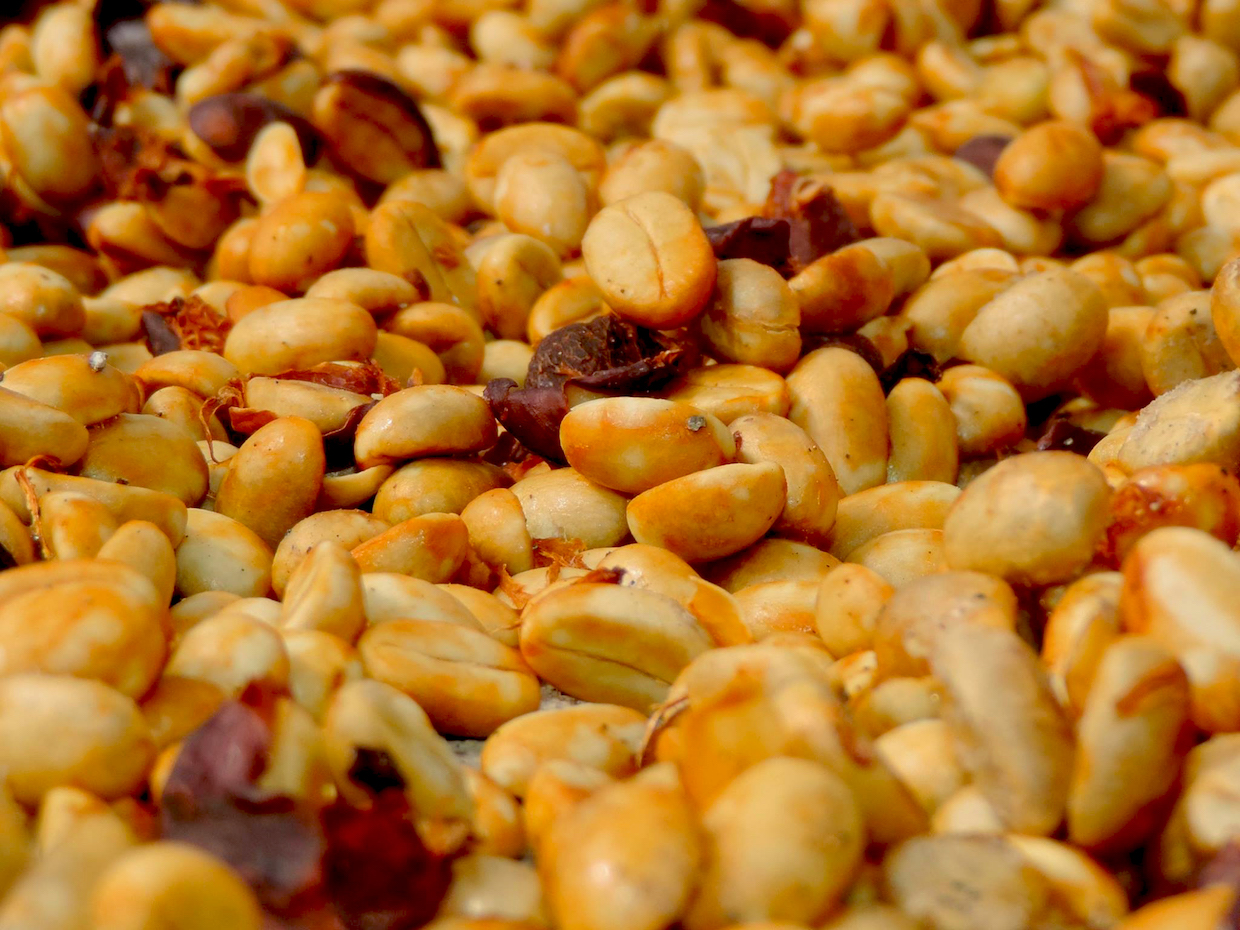 Situated within the coffee trees and lush forests is the town of Aquiares, home to about 2,000 people, many of whom work the farm. Aquiares reports that 96% of these workers own their home as a result of sustainable compensation.

In 2000, Aquiares initiated a project to plant more shade trees, resulting in more than 50,000 new poró, laurel, cedar and other shade trees since. These trees have not only provided an ideal microclimate for the retention of nutrients in the soil, they also created a bridge between fractured ecosystems, building a more biodiverse area.

Sloths began to climb and sleep above the coffee, as ocelots snuck throughout the lands at night. The two decades following the widespread planting of shade trees resulted in the resurrection of a complex ecosystem. From 2003 to 2020, the number of bird species discovered on Aquiaries had grown from 30 to 142, according to the estate. 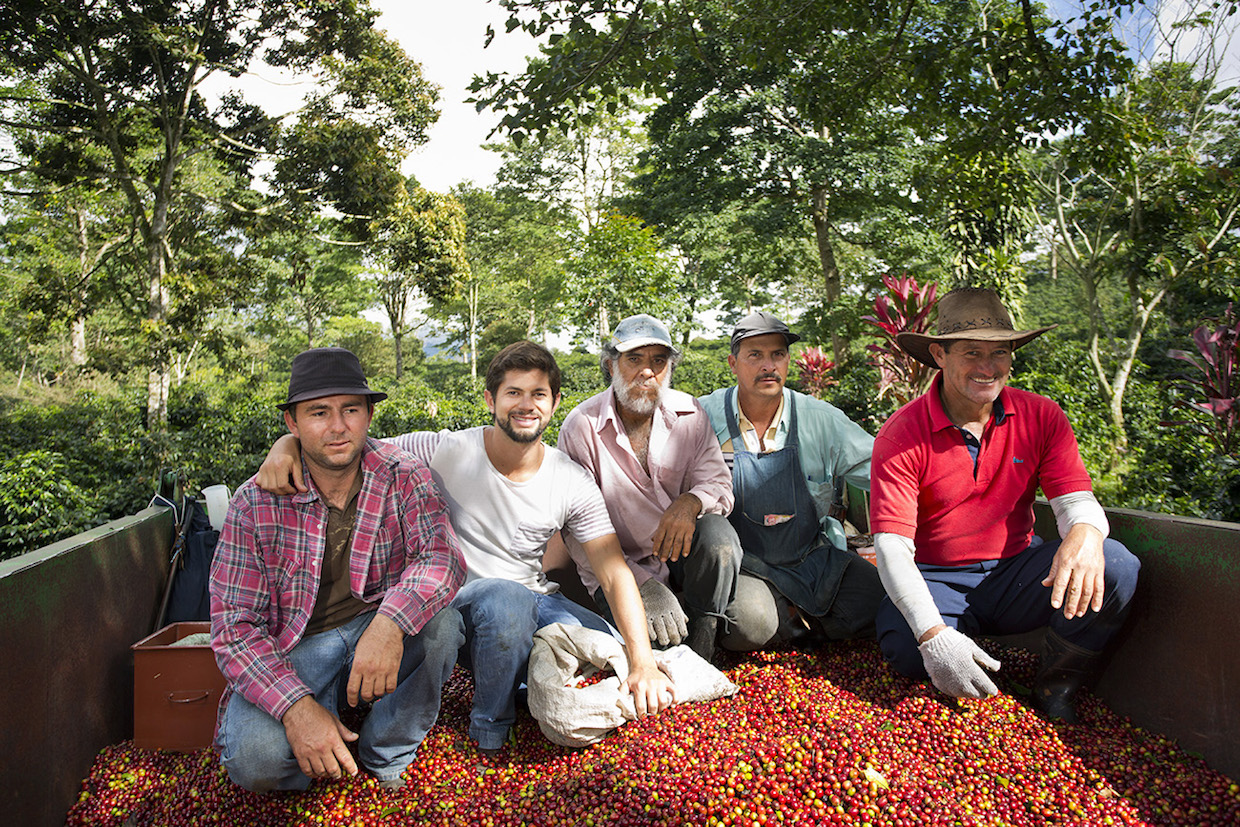 In 2013, the estate became one of the first known coffee farming operations to systematically identify and address its own carbon footprint. An auditing process led by General Manager Diego Robelo discovered that the estate was emitting nearly 1,042 metric tons of CO2 into the atmosphere annually — about the same as the equivalent of 222 passenger vehicles in the U.S. each year, according to Environmental Protection Agency estimates.

On the farm, those emissions were created by the use of fuel, fertilizer and other resources used for coffee production and livelihoods.

The estate then conducted another series of tests, which found that the shade trees throughout the farm were actually storing 3,790 tons of CO2, meaning that the estate’s 920 hectares of farms and forests were not only carbon neutral, but carbon negative — by a wide margin.

From Discovery to Governance

It was a monumental discovery for the estate and perhaps even for the coffee industry, at large, as it may forecast approaches to climate governance. The results thrust Aquiares into a leadership position for climate action in the coffee sector.

Alok Sharma, president of the  2021 UN Climate Change Conference (COP26), ventured to Aquiares this past March along with the Costa Rican President Carlos Alvarado to explore the estate’s carbon-negative model. 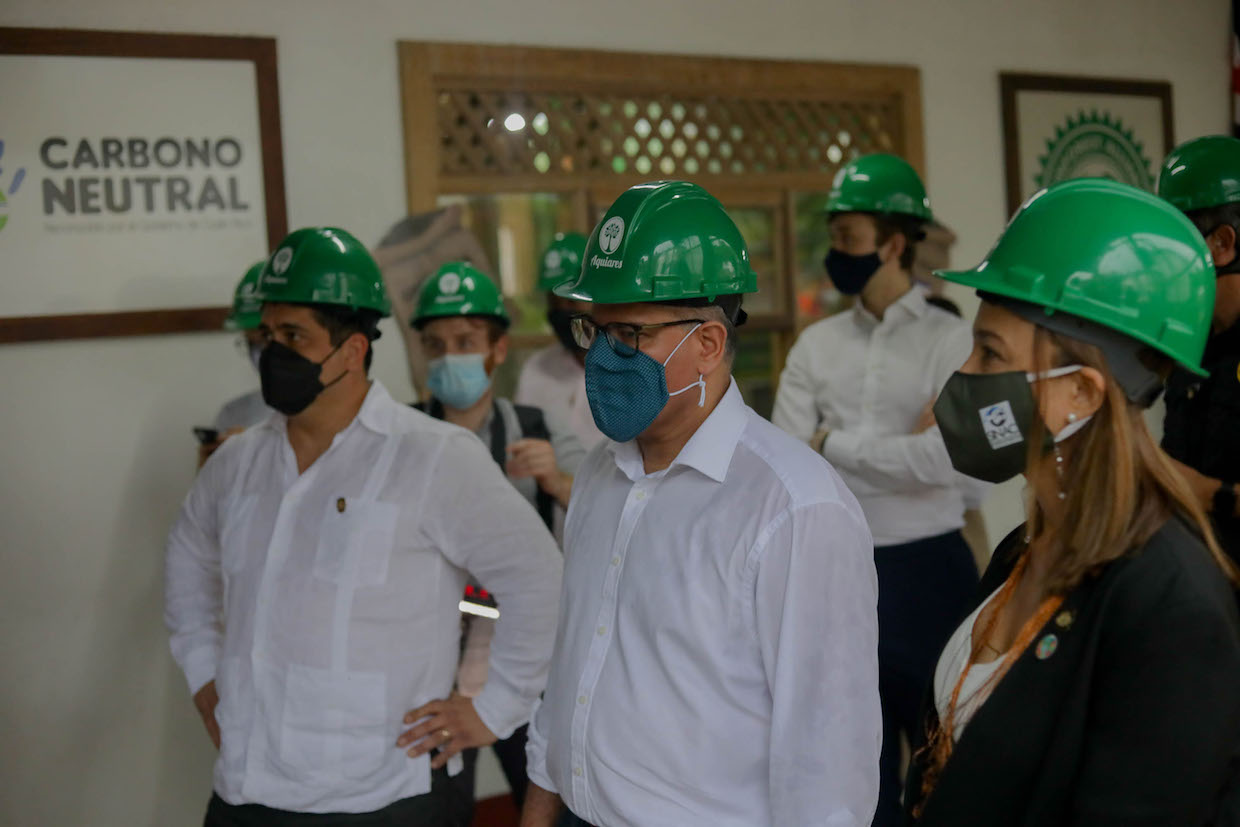 In Costa Rica, the agriculture industry generates approximately 37% of the country’s carbon emissions, with 10% of the total emissions coming from the coffee sector. The NAMA Café Group has begun work to reduce this number by encouraging the use of more sustainable fertilizer, reduced methane emissions, and improved wastewater and pulp treatment practices.

With support from Aquiares, the initiative also seeks to incorporate more shade trees and other native vegetation in coffee farms — a.k.a. agroforestry systems.

As with coffee farms throughout the Americas, coffee trees at Aquiares suffered from the coffee leaf rust outbreak that peaked in 2013 and reverberates today. As production declines combined with increased costs for fungicides, fertilizers and other inputs, the surrounding ecosystems were negatively affected. 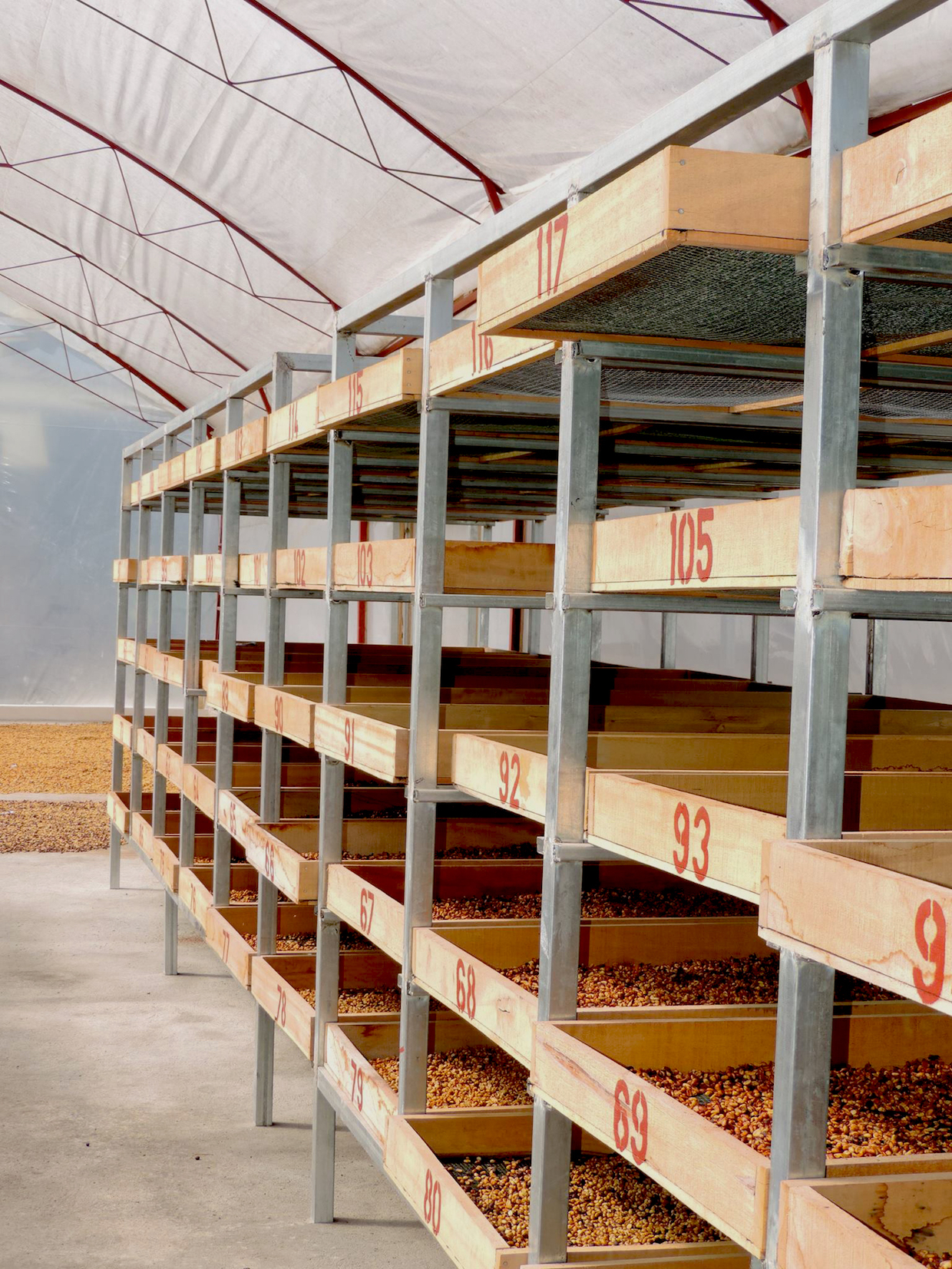 Seeking a more sustainable solution to the plant disease known locally as “la roya,” the estate has been a leader in replacing more susceptible plants with rust-resistant varieties, such as the Esperanza or F1 hybrid Centroamericano.

Although production costs have increased, emissions and environmental impact have been greatly reduced as Aquiares leads the innovative charge towards adapting to coffee leaf rust and storing more carbon into the soil — all while maintaining high-quality coffee. 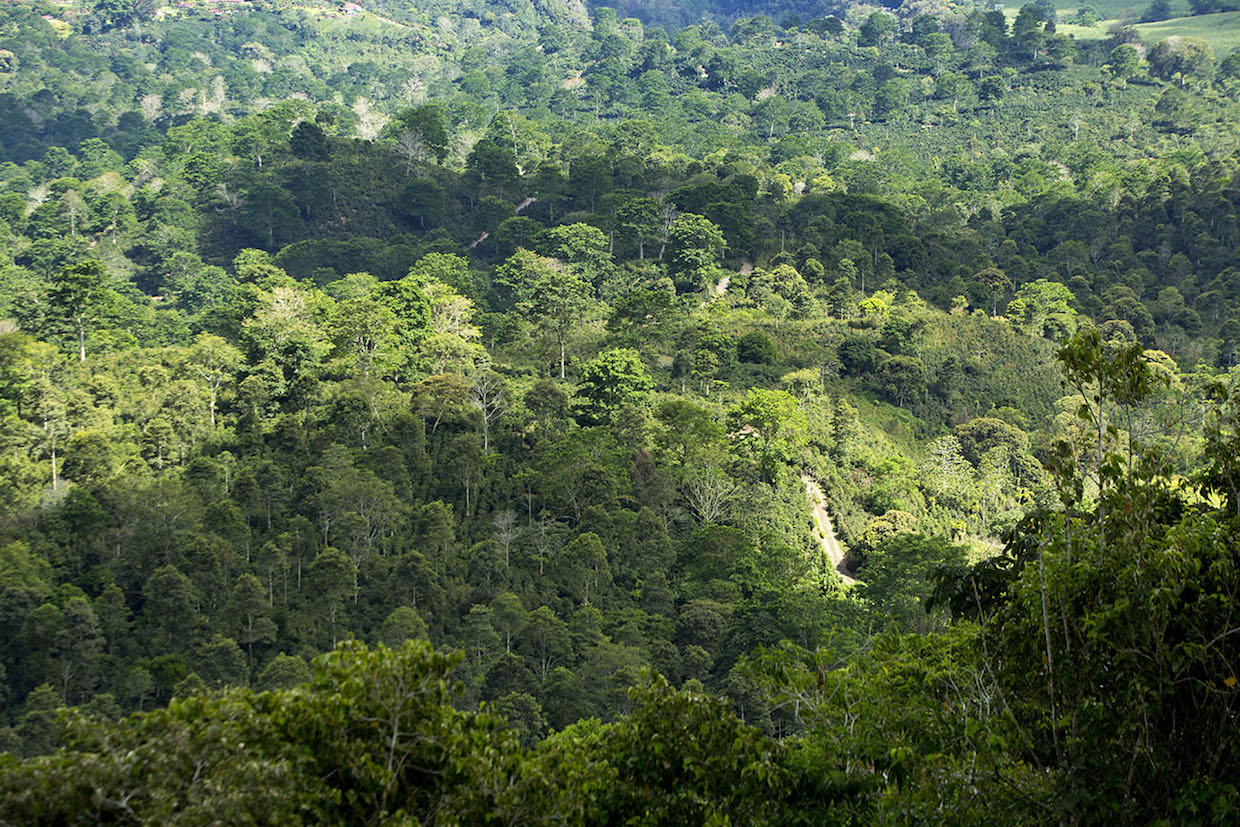 Michaela Tomchek
Michaela Tomchek has worked within the specialty coffee industry for over six years — spending time in the Coffee Belt, researching how to promote sustainable development amongst the communities responsible for coffee production. She currently works to ensure coffee and its producers have a future.

I’m a costarican born us citizen, haven’t lost my connection since most of my family still in CR.
Enjoy your articles and will like to learn as much as possible about coffee, I appreciate your coffee related articles.
Keep up the good work.
Sincerely
William Roman