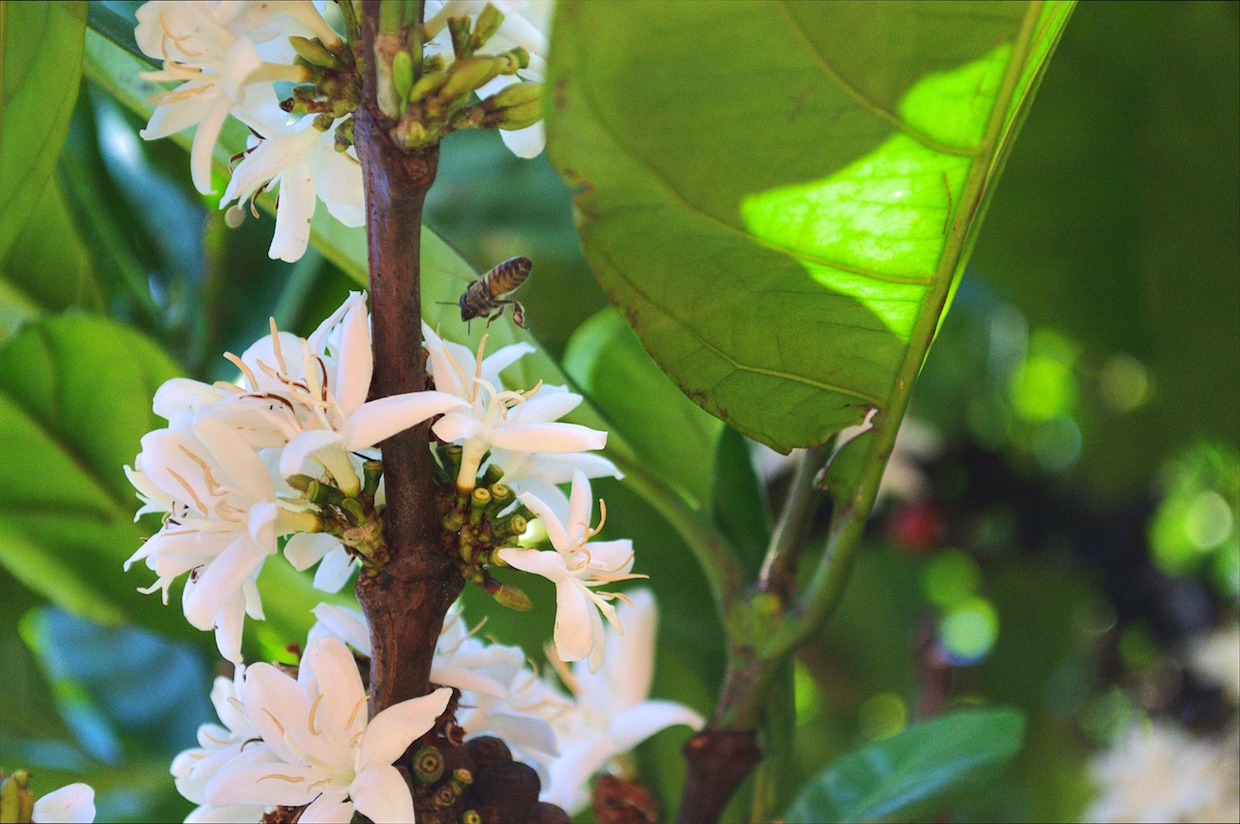 It should be noted that the study has not yet been peer-reviewed nor published independently by a third-party scientific journal. It was also co-conducted by Bayer, a maker and seller of pesticides.

Yet a key takeaway from the study was the importance of bees and pollinators in increasing the percent fruit set — i.e. the percentage of flowers that develop into fruits — among coffee plants.

The figure often cited for insect participation for the percent fruit set in self-pollinated coffee plants is 10%, based on a landmark 2003 study in Indonesia. In other words, that research found that insects, bees and other pollinators were responsible for just 10% or less of the coffee fruit set. However, the Cenicafé research estimates that bees and other insects are responsible for 16%.

“The great diversity of species of floral visiting insects of coffee in Colombia, especially bees, is also due to the integrated management of weeds and pests, which avoids the application of chemicals in a generalized way and during the flowering of the coffee crop,” Cenicafé wrote (translated from Spanish) in an announcement of the study.

Because arabica coffee plants are self-pollinating, the effects of bees and other pollinating insects on crop yield has historically been undervalued. Additionally, proportions of shade-grown coffee — known to protect pollinators’ habitats — have been in decline, while bee species and populations throughout various coffee-growing regions are also in decline.

Mounting evidence suggests these trends need to be reversed for the health of global bee populations and the coffee sector at large. Recent research has suggested that bees might not only play a larger part in the percent fruit set; they can increase fruit retention, seed mass and the yield of mature fruits. Other research has noted the importance of bees in giving coffee crops a much-needed boost in the face of climate change.