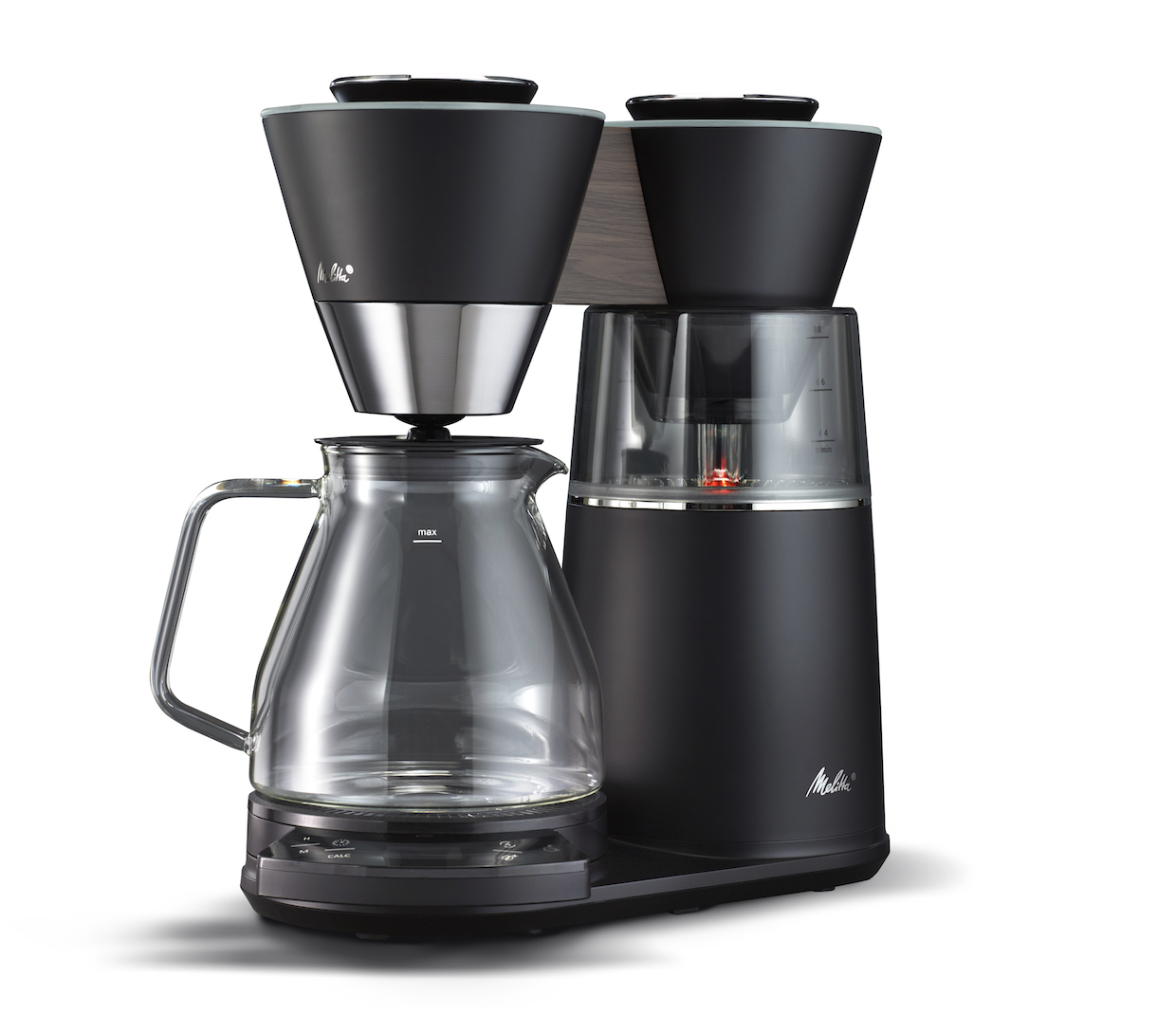 A progenitor in the field of simple manual brewing, the Melitta brand has appeared on two distinctly high-tech brewing devices this year: the Melitta Vision auto-drip brewer and the IoT-connected Senz V pourover brewer.

While both brewing systems feature the company’s iconic filter shape, the 12-cup Vision brewer features an LED-illuminated tube through which hot water ascends from the boiler towards a geometrically intricate shower head. A swiveling digital interface allows for left- or right-handed positioning on the counter. 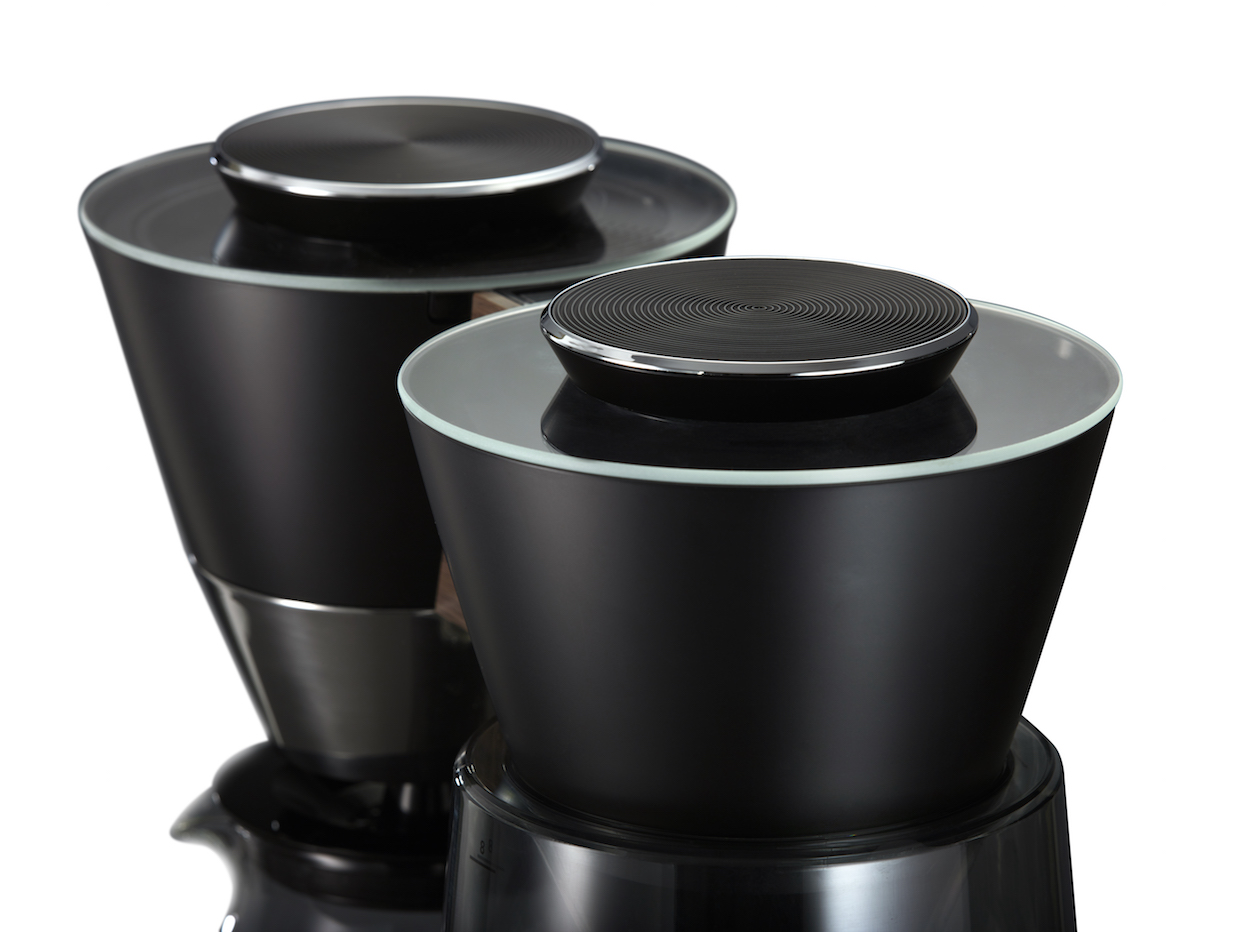 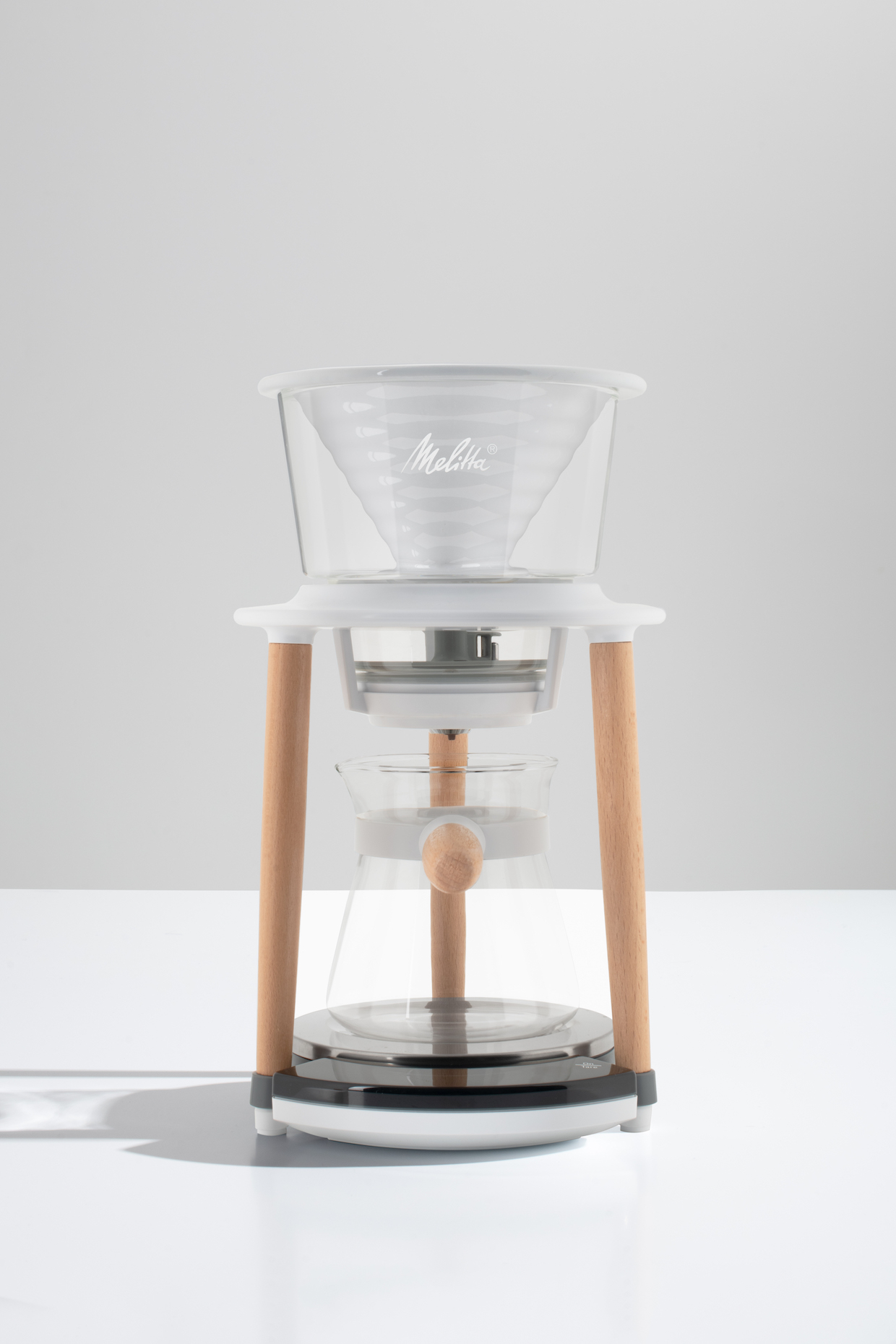 Both brewers were designed and built in California by Hong Kong-based product development firm Wabilogic, which has long-running connections to the Melitta name and brand. Wabilogic established itself as an independent design firm in 2017, and that same year became the official licensee of the Melitta brand in North America for the production of electric coffee-making products.

“Our group has been innovating and developing home appliances for more than 50 years,” Amy Cheng, executive director of Wabilogic Inc., told Daily Coffee News. “We first started working with Melitta Germany more than four decades ago, and around 20 years ago we collaborated with Melitta USA.”

Outwardly, the Senz V presents a modern and naturalistic design of glass, ceramic, wood and metal materials. The circular, handle-free ceramic brewer rests inside a glass holder where the temperature and TDS sensors are subtly embedded. The scale is built into the metal base of the device, upon which a glass decanter sits.

Temperature, weight and time data can be displayed on the screen at the base of the device. Meanwhile, a bluetooth connection can send data into the associated smartphone app for what Wabilogic calls a “brewprint,” a graph of the brew that can be displayed in realtime and saved. 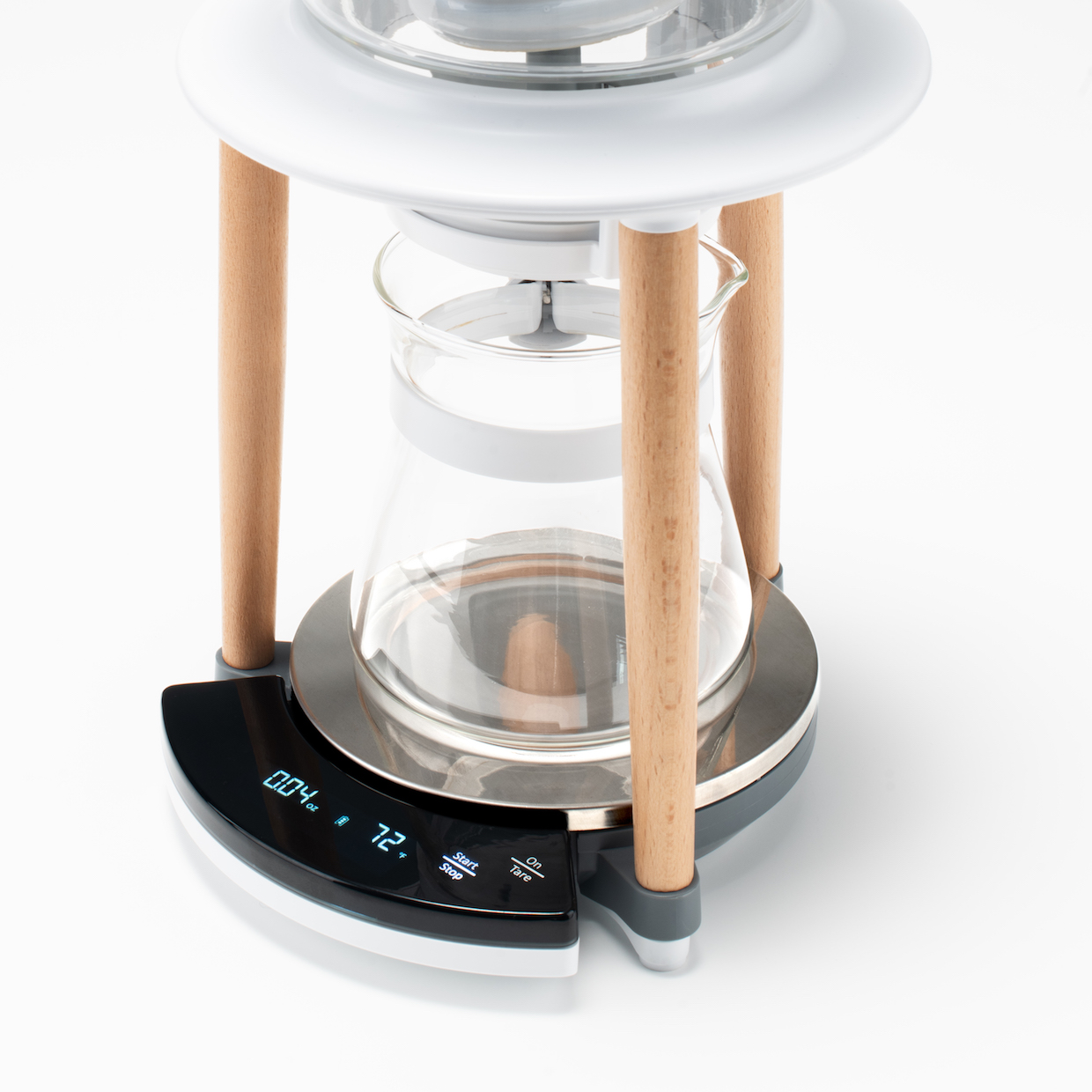 The app calculates brew ratios and even offers suggestions based on user preferences. Based on collected TDS, brew time, brew ratio and water temperature data, and the grind size as inputted by the user, an algorithm reveals whether the final brew is likely to be acidic, balanced or bitter.

“We created a nine-segment coffee taste profile, referenced by [Specialty Coffee Association standards], specifically for the Senz V system,” Cheng told DCN. “Based on the actual measurements of the above variables, our algorithm would be able to ‘tell,’ or derive the coffee taste after each brew.” 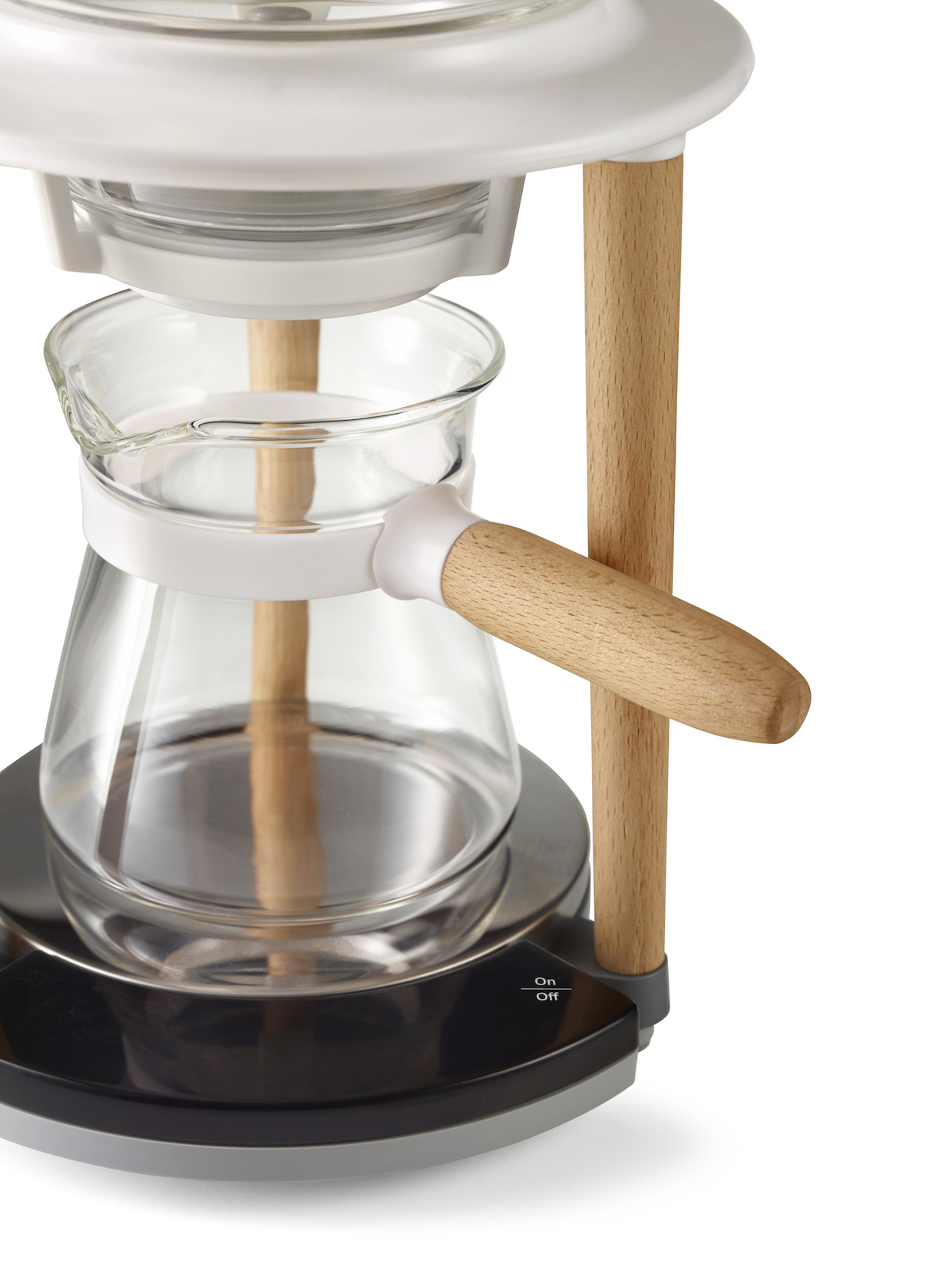 Sales of the Senz V and the Vision 12-Cup Coffee Maker both launched this year exclusively through Williams Sonoma and the Wabilogic website for $179.99 and $199.99, respectively. Cheng said a Melitta-branded Wabilogic milk frothing device is slated for release later this year, while other products are also on the horizon. 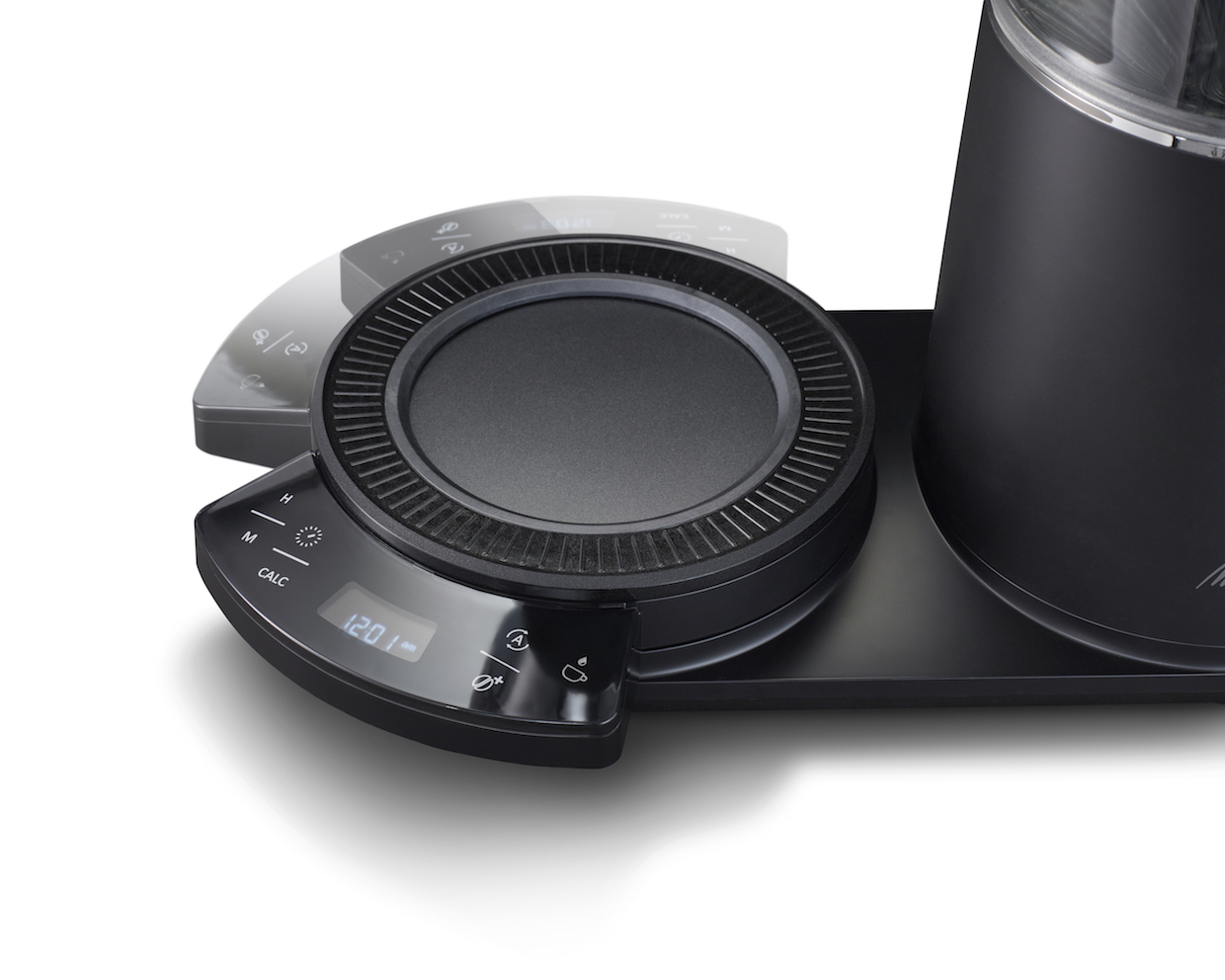