The US Aeropress Championship is Happening This Weekend in Indianapolis 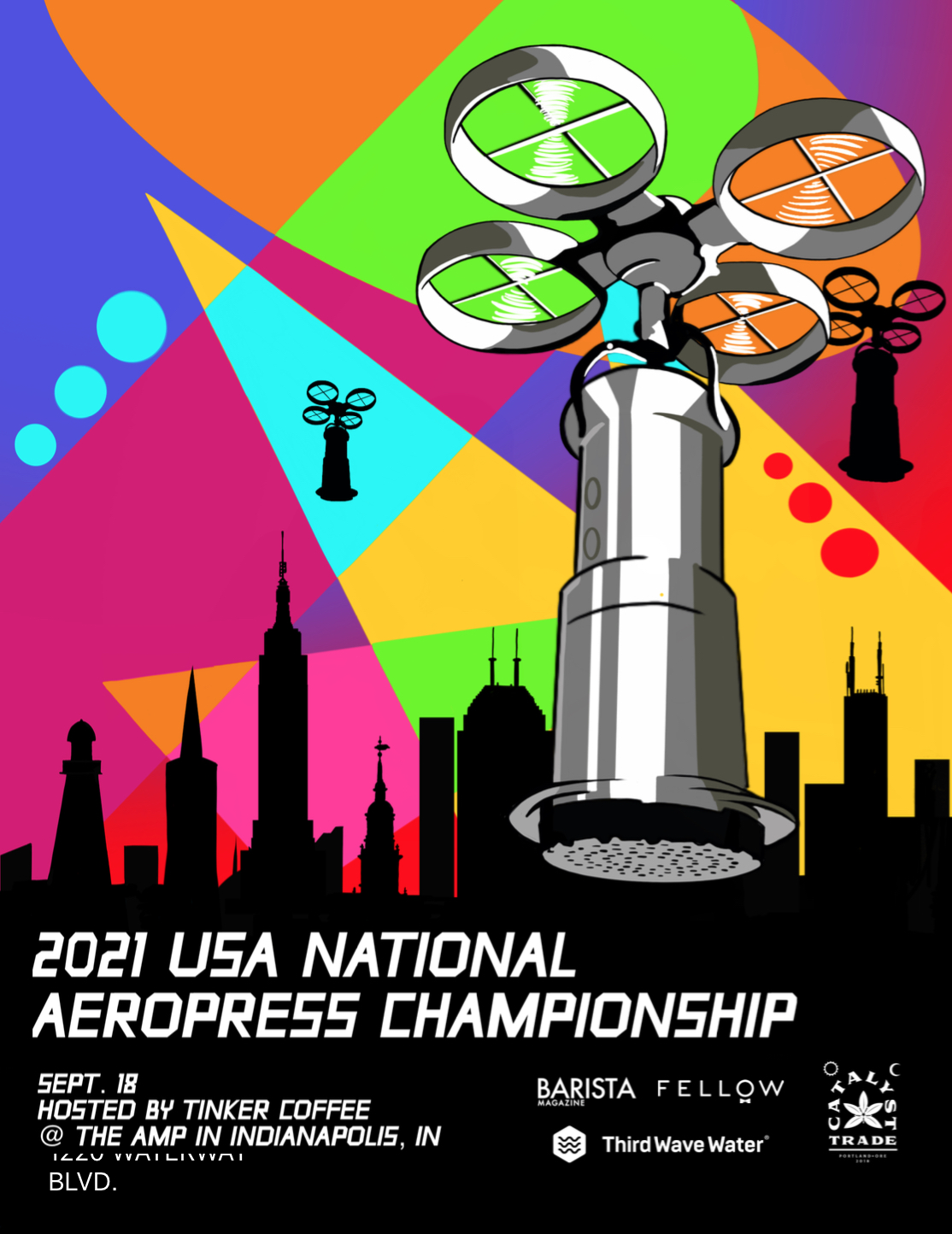 There will be no stopping the ‘presses this weekend in Indianapolis, home to the ninth annual United States Aeropress Championship.

Three dozen competitors will discover what happens when push comes to cup at the event, which is being hosted by Indy-based Tinker Coffee at The Amp food hall on Saturday, Sept. 18.

Tinker Coffee recently opened one of its two new bars within the hall, and Tinker Director of Accounts Dylan Morse will emcee the events, which begin at 4 p.m. 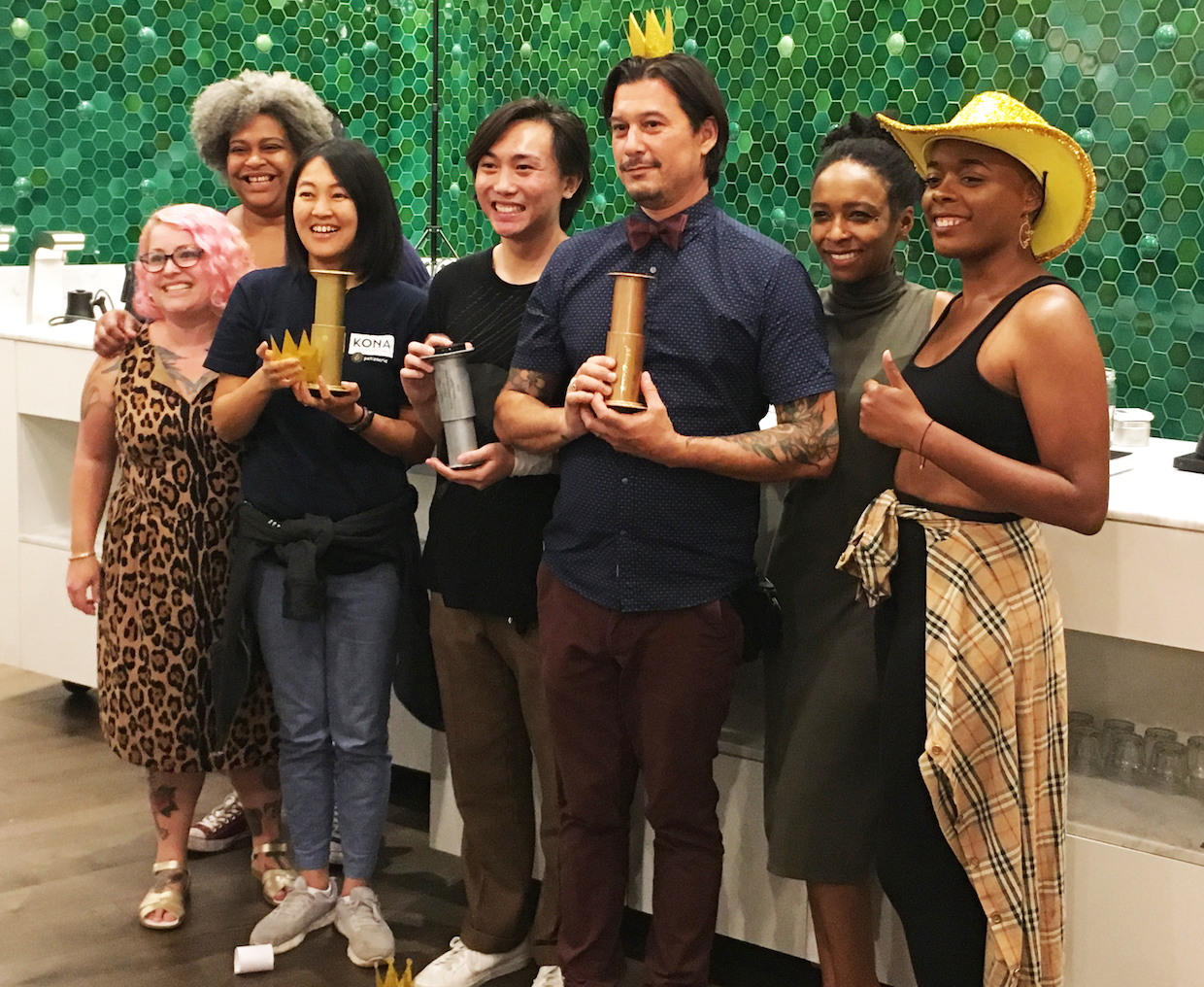 “The competition will move at a quick beat because we want to be able to fit in as many competitors as possible,” Alec Mandla, community and events manager for Tinker Coffee, told Daily Coffee News. “We’re going to shoot for every 10 minutes, another three coffees are brewed and being tasted.”

The competition will occur on a central stage inside the spacious hall, where large garage doors and an open floor plan will allow for distancing, according to Mandla. Attendees will be asked to wear masks when not eating or drinking.

Contestants from coast to coast will press for success before a panel of judges that includes Tinker Coffee Green Buyer Austin Patterson, Chris Casassa of Ethiopia-focused importer Catalyst Trade, and Courtney Thompson, roaster and co-owner of Certain Feelings, which opened its own roastery/bar in another Indy food hall this past Spring.

Catalyst sourced and imported the competition coffee, which will be roasted by Tinker this week and kept secret from competitors until they arrive. For the first hour, competitors will be given 80 grams of the championship bean to dial in recipes. 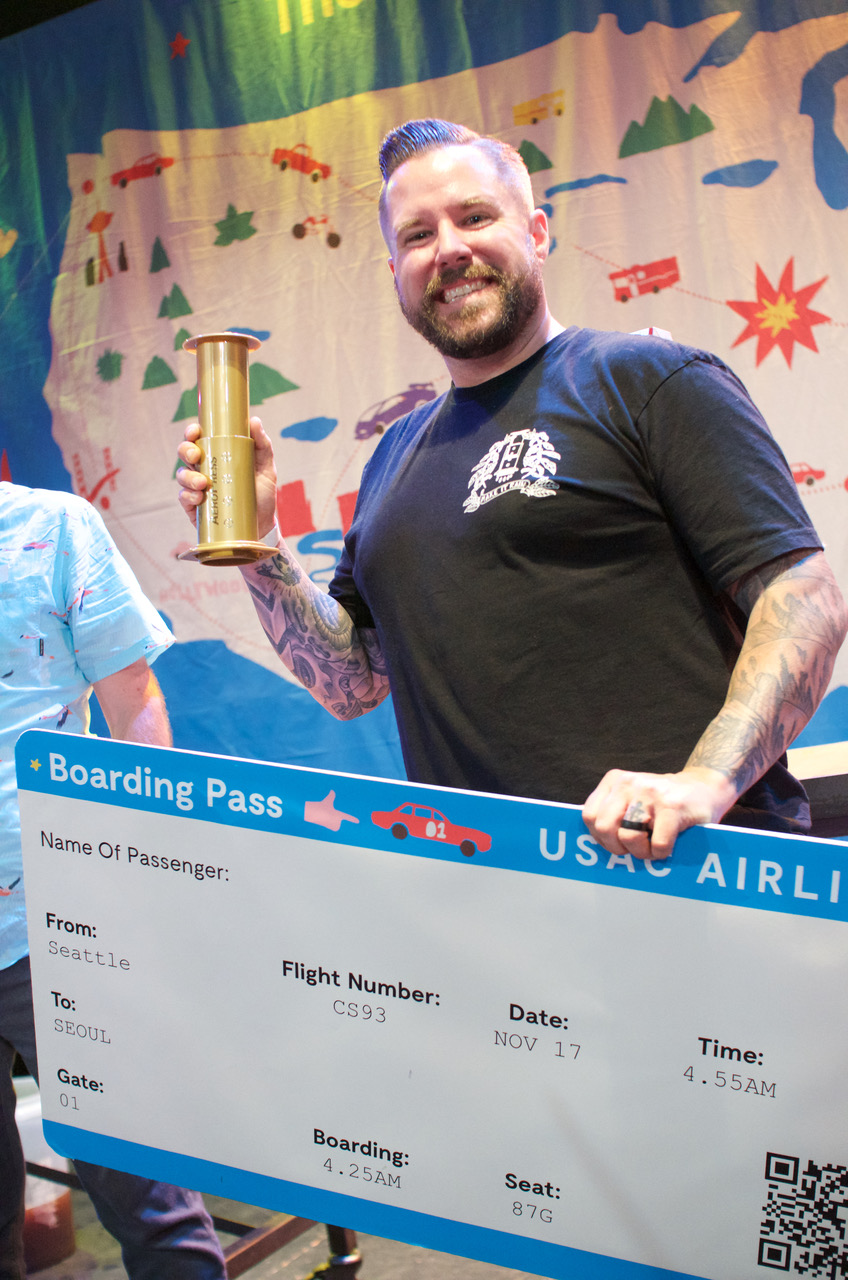 The winner of the U.S. competition and other national competitions will then move on to the World Aeropress Championship, scheduled to take place March 5, 2022, in Melbourne, Australia. To accommodate travel restrictions for the world event, national winners will have the option of working remotely, conveying to a surrogate barista both their water formula and coffee brewing procedure to be executed on their behalf in Melbourne.

“This year everybody is using the same water components, but each competitor is allowed to dial in a different water recipe to play with the hardness and alkalinity,” said Mandla.