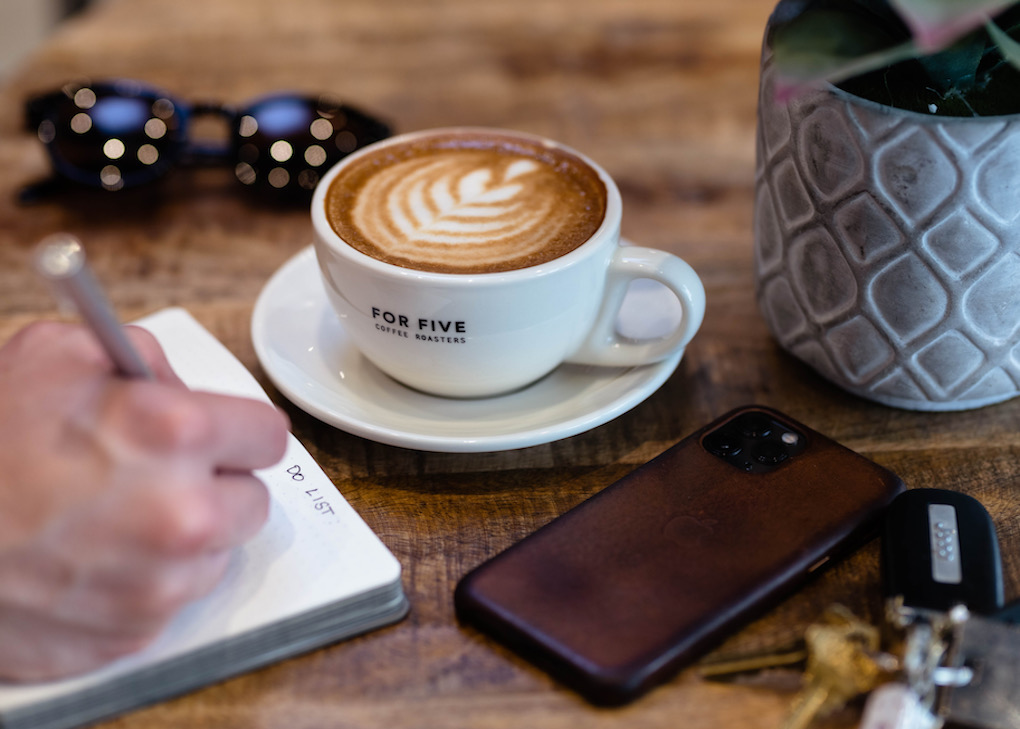 The deal will bring customized For Five coffee and food menus to Sodexo’s full-service corporate dining locations throughout the U.S. and Canada, including offices in Los Angeles, Chicago, Atlanta, New York, Boston and Washington D.C.

Additionally, For Five-branded items will be made available through Foodee, a Sodexo-owned subscription company that offers food from participating local restaurants for individualized office meals.

The financial terms of the 10-year contract between Sodexo and For Five have not been made public. For Five, which was founded in Queens by friends Stefanos Vouvoudakis and Tom Tsiplakos — received an investment from workspace provider and real estate company Convene in January 2019.

The coffee company currently has at least nine open company-operated retail stores in high-profile locations throughout the New York, Los Angeles, Chicago and Washington D.C. markets. An announcement from Sodexo says the coffee company has 30 retail locations overall, and For Five’s website says several new cafes will be opening in 2022.

Our specialty cafes represent our New York background, our love for quality coffee, and the understanding that it’s not just the coffee, but where you drink it that matters,” Vouvoudakis, For Five’s president, said in an announcement of the Sodexo deal. “And we look forward to deploying these cafes at Sodexo corporate client sites and other retail locations.