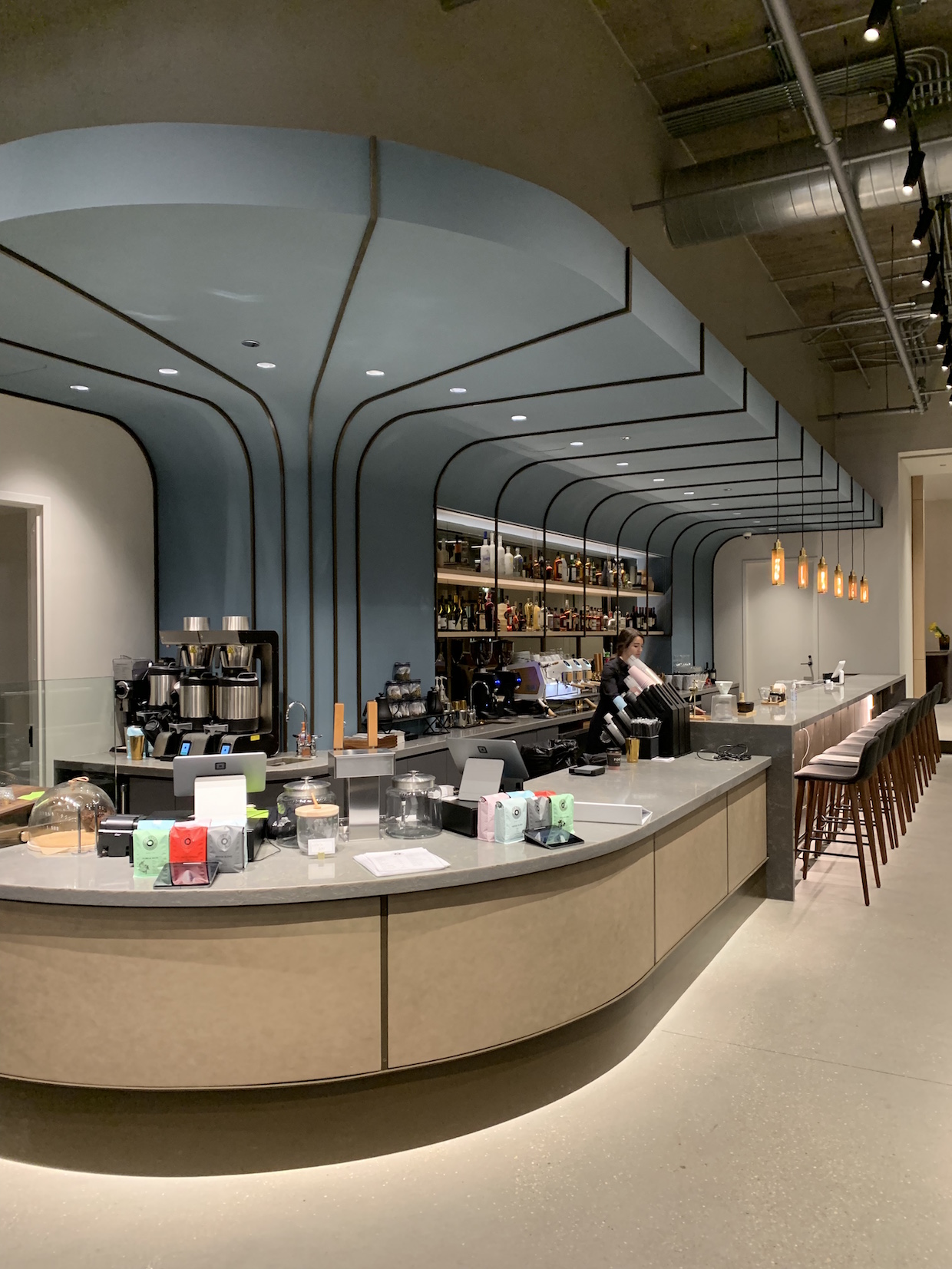 Queens, New York-based For Five Coffee Roasters has expanded its reach in Chicago with an impressive second bar in the downtown Loop that emphasizes cocktails in a more sophisticated, art deco setting.

The 2,500-square-foot location is the nine-year-old coffee company’s 19th retail outpost overall. It’s part of a rapid expansion resulting from a partnership with the workspace provider Convene. Earlier this year, following a $152 million series D funding round of its own, Convene announced that it had made a major investment in For Five, with plans to also house For Five bars in its future co-working and event space locations.

Though the coffee company is now pushing 20 stores, it said in an announcement earlier this year that it considered the new Chicago Loop location to be the first of “For Five 2.0” thanks to a more elevated interior design backed by the Convene team. 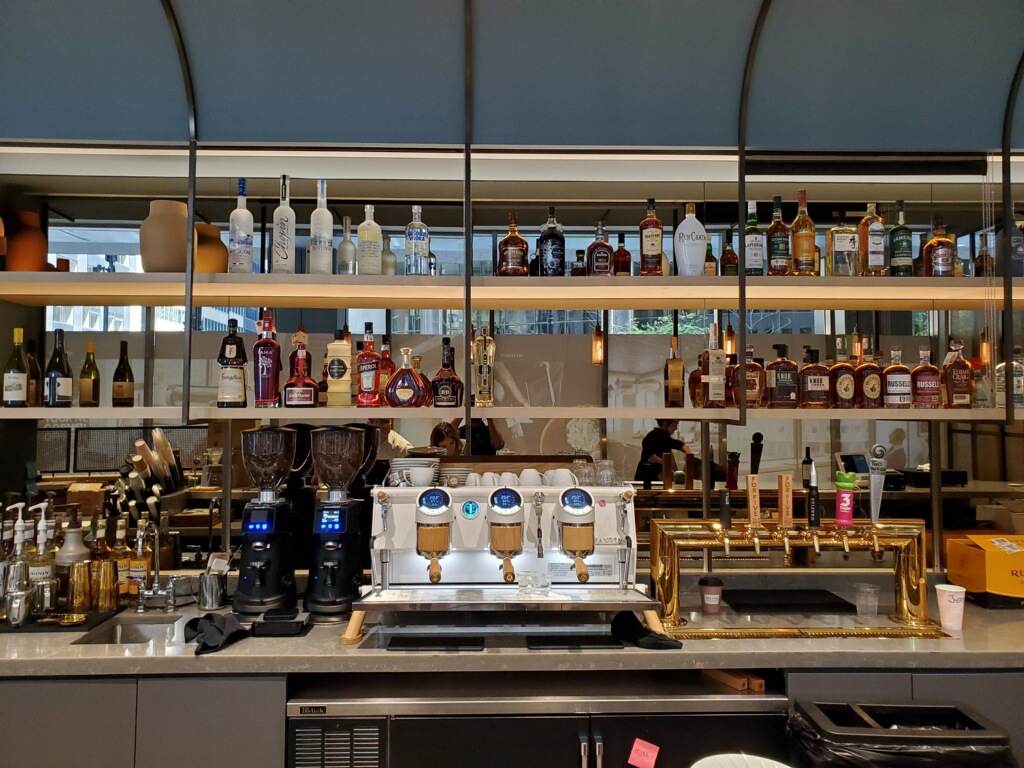 The Sanremo Cafe Racer at the cocktail-centric For Five bar in Chicago.

While the design of the new bar certainly caters to the cocktail crowd, coffee is also at the fore with an always-eye-catching Sanremo Cafe Racer espresso machine looking perfectly at home.

Around the bend on the bar’s back counter, dual Marco Beverages Jet batch drip systems echo the swooping modern art deco-inspired ceiling and back wall that draw patrons in towards shelves of glistening spirits and liqueurs behind glowing pendant lamps.

Baristas bring those bottles into play for such concoctions as the Cold Brew Americano, featuring three ounces of For Five’s cold-brewed Sable blend mixed with 1.5-ounce shots of sweet vermouth and Cynar, topped with sweet foam and garnished with espresso powder.

Other For Five brand exclusives now served over the new Chicago bar include The Five, which is drip coffee plus a shot of espresso mixed with chocolate ganache and half and half, topped with an orange twist. The Louie, FF’s liberal interpretation of a New Orleans-style cold brew, is a maple syrup-sweetened cold brew mixed with half and half. 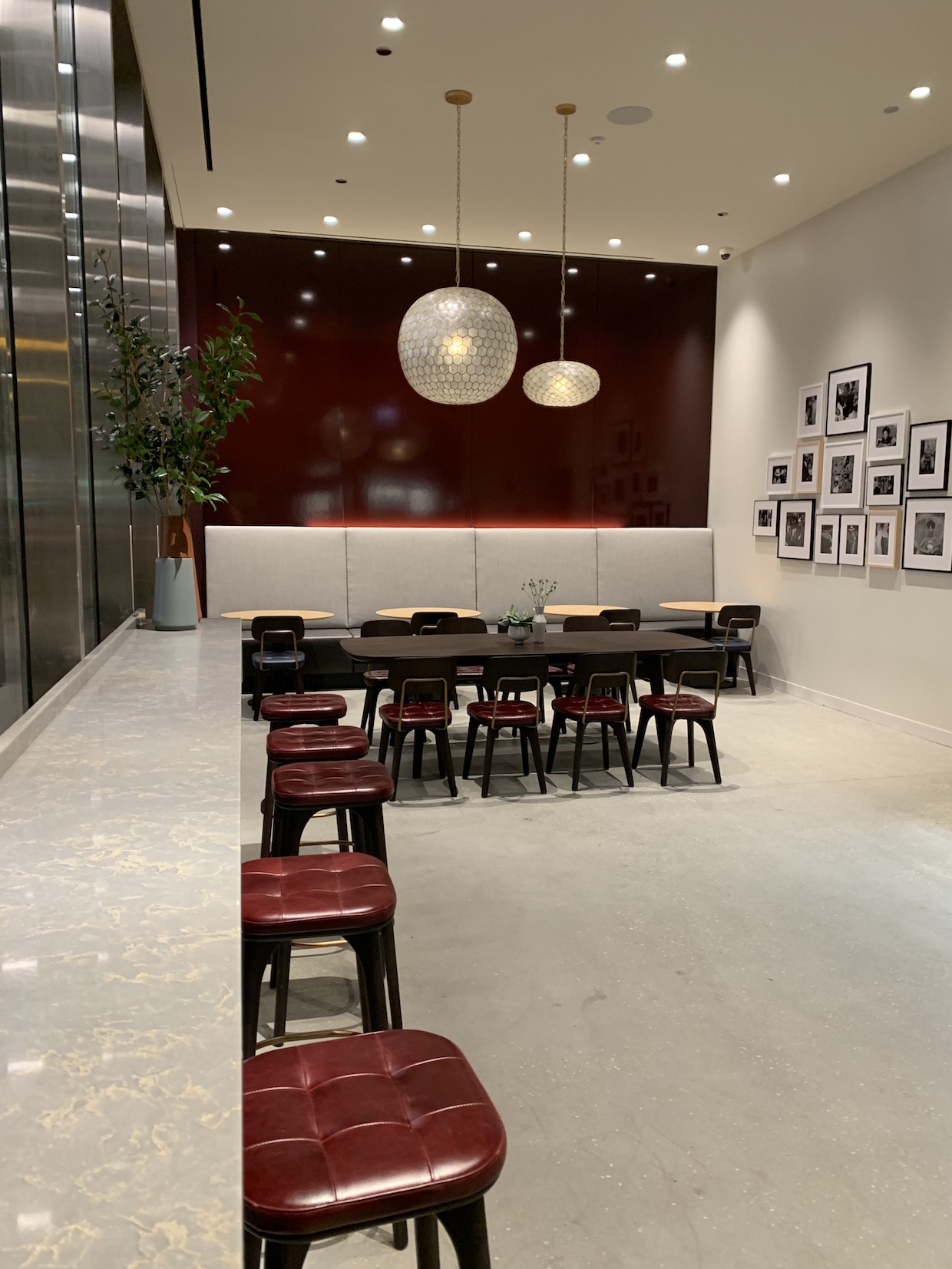 For Five at Convene in Chicago.

Coffees for all For Five locations come from the company’s Maspeth neighborhood roastery, which houses a pair of 70-kilo-capacity Diedrich CR-70 machines. Coffees reach Chicago within 48 hours of leaving the drum, according to For Five Coffee Roasters Director of Marketing Barron R. Bazemore Jr.

“Our shop differs from others in Chicago due to its New York-roasted specialty coffee, culinary program, cocktail bar, incredible service, design and the hospitality which we give,” Bazemore told DCN. “We come from a world where we, as individuals and as a full-scale company, are proud to serve you, the customer, first and foremost.” 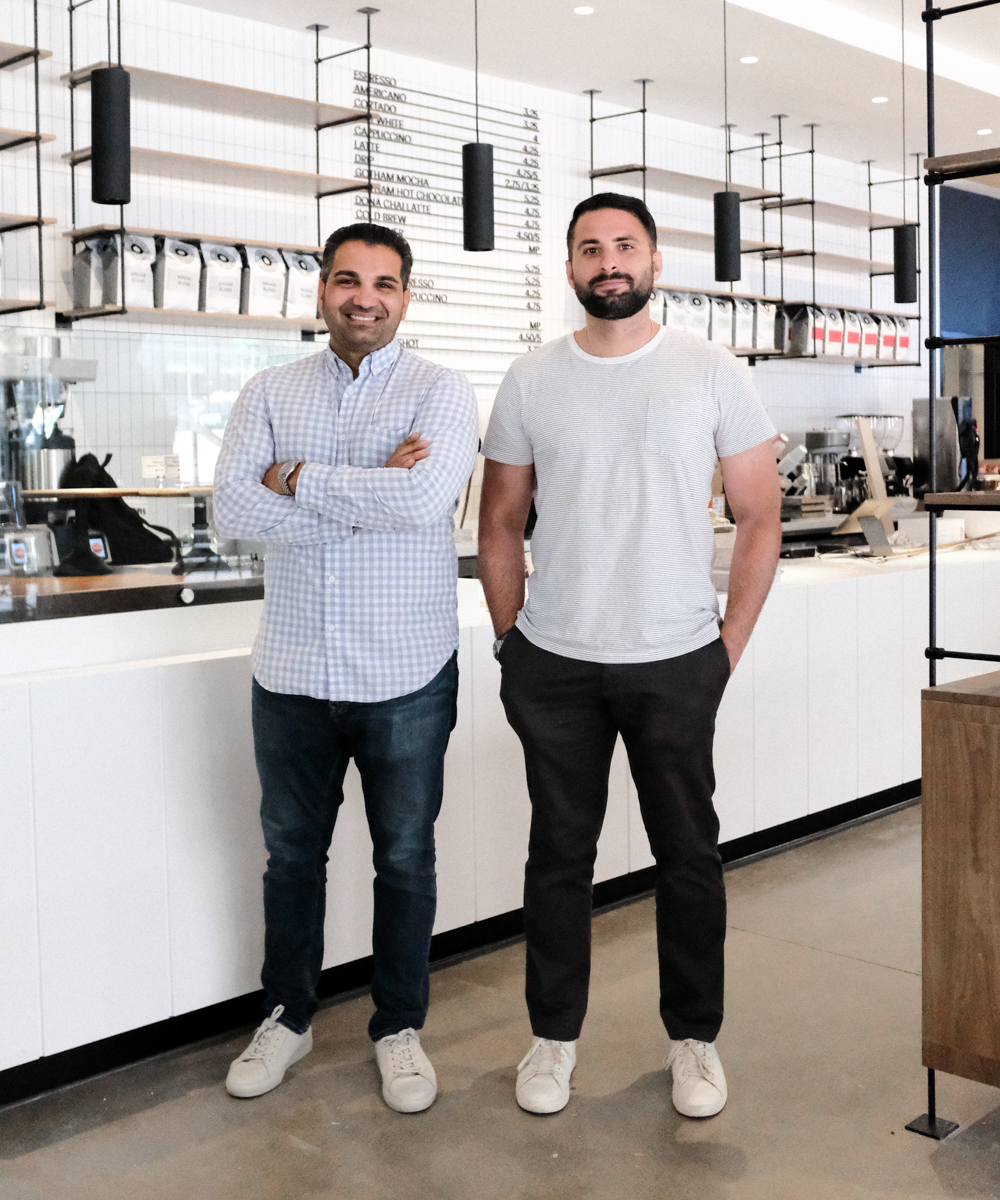 Bazemore said the company has plans for further expansion across the United States, as well as in London, England. No additional dates or details have been made public, although Bazemore did say the company has secured an additional 7,000 square feet of space in Queens in which to grow its roasting operation.