Mazzer Rolls Out the ZM+, Super Jolly V Up and a New Automatic Tamper 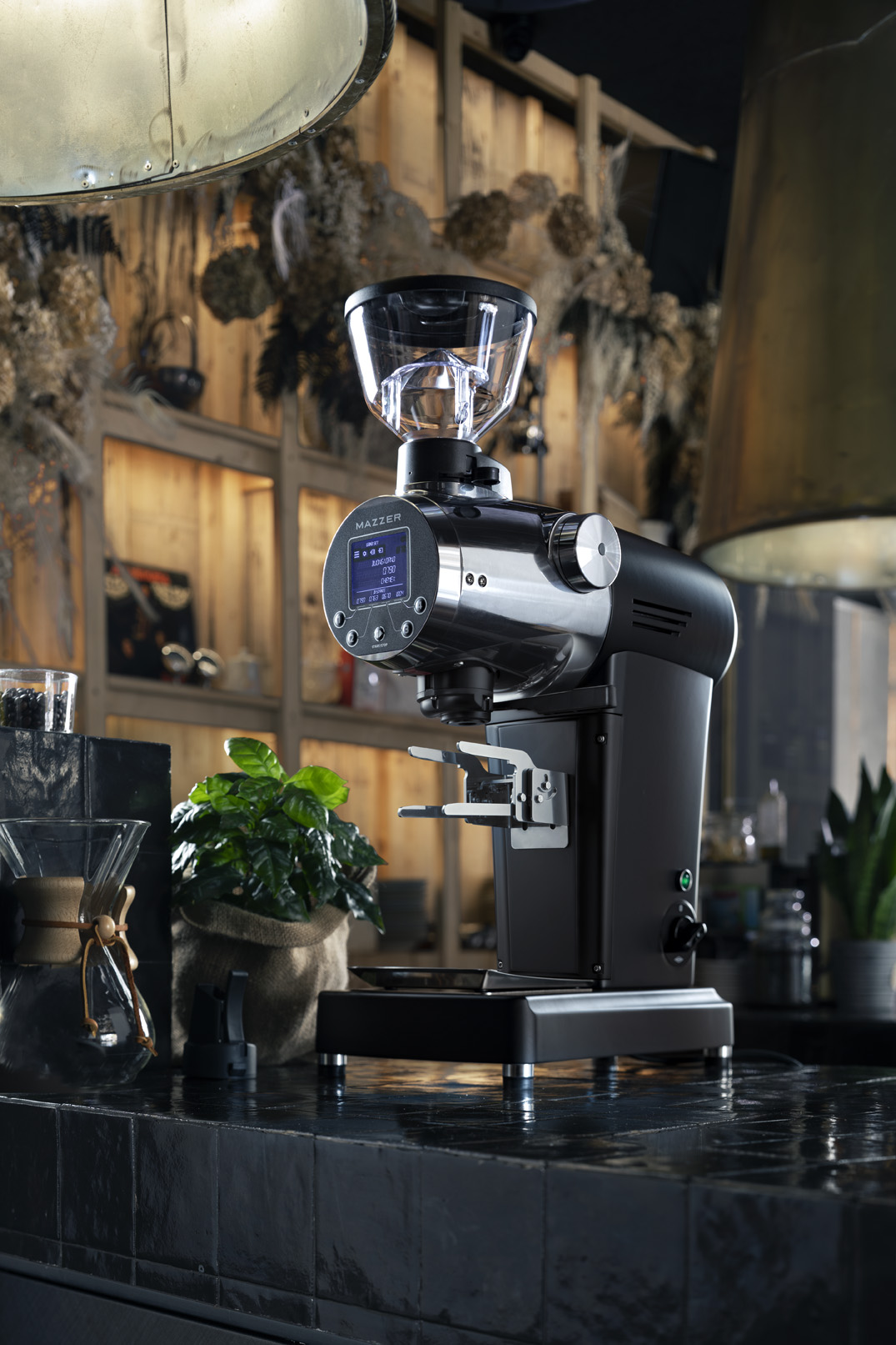 The new Mazzer ZM+ grinder. All images courtesy of Mazzer.

Italian coffee grinder manufacturer Mazzer has rolled out two new grinder models, the ZM+ grinder and the Super Jolly V Up, plus a new automatic tamping device called the T-Tamper.

The Mazzer ZM+ builds upon the platform established by the vertically oriented, 83-millimeter flat-burred ZM grinder released in 2017. It offers the same low-retention, single-dose-friendly design as the ZM.

However, where the ZM is geared more towards filter and drip coffee preparation, as grinds make their way to a larger receptacle, the ZM+ includes an evolved spout and portafilter holder to more precisely accommodate espresso preparation. 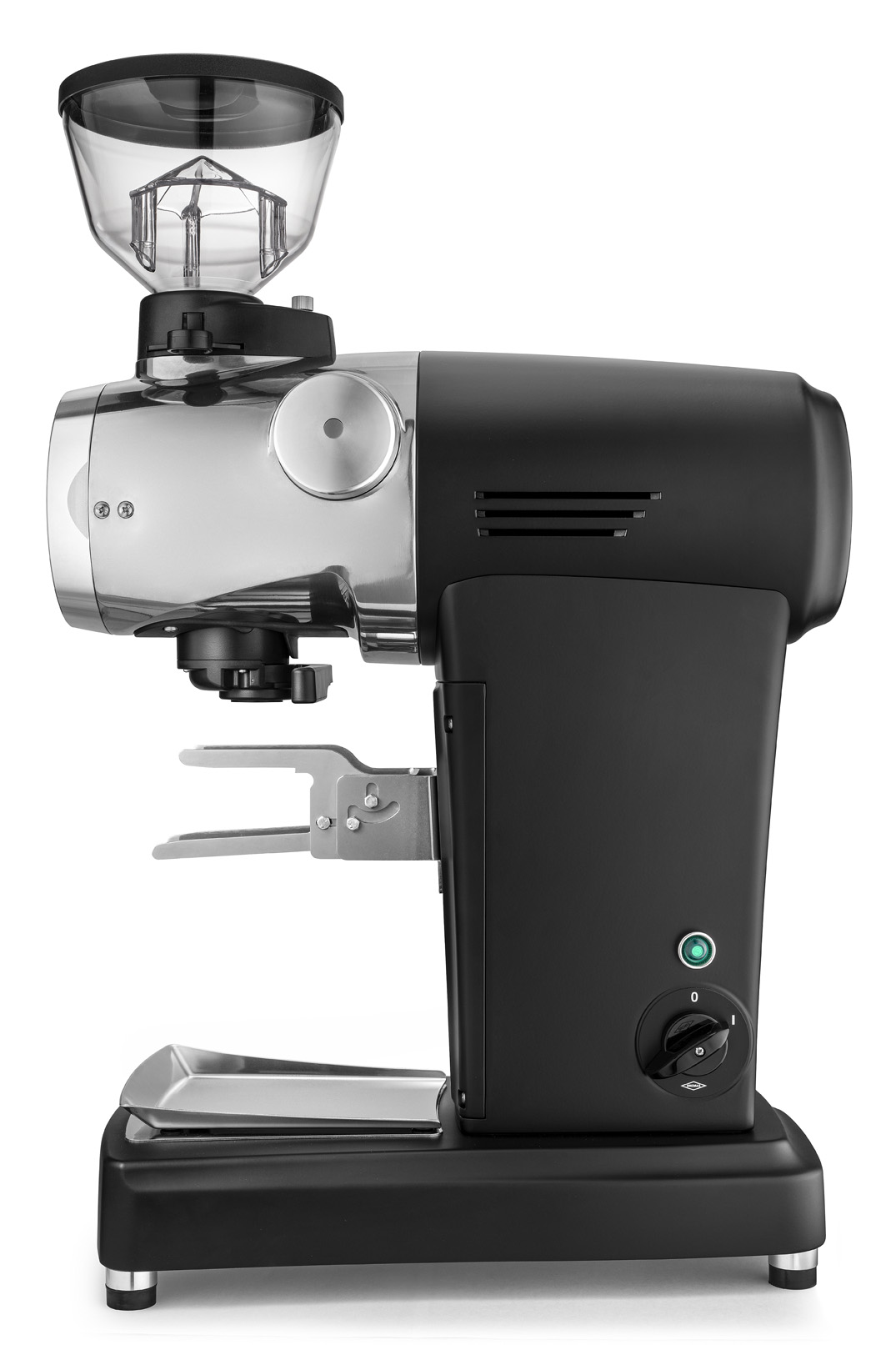 “With ZM+, you will be able to grind your single dose directly into the portafilter with no spillage of the grounds on the counter,” Mazzer Product Manager Silvia Marcato told Daily Coffee News. “When needed, the holder can be folded down in order to fix onto the grinder the other accessories provided, [such as] the bag holder and the canister.”

Earlier this year, Mazzer marked the 50th anniversary of the release of its iconic Jolly espresso grinder with the release of the Super Jolly V Pro model, which introduced IoT connectivity options, programmable doses and various other new features to the platform. 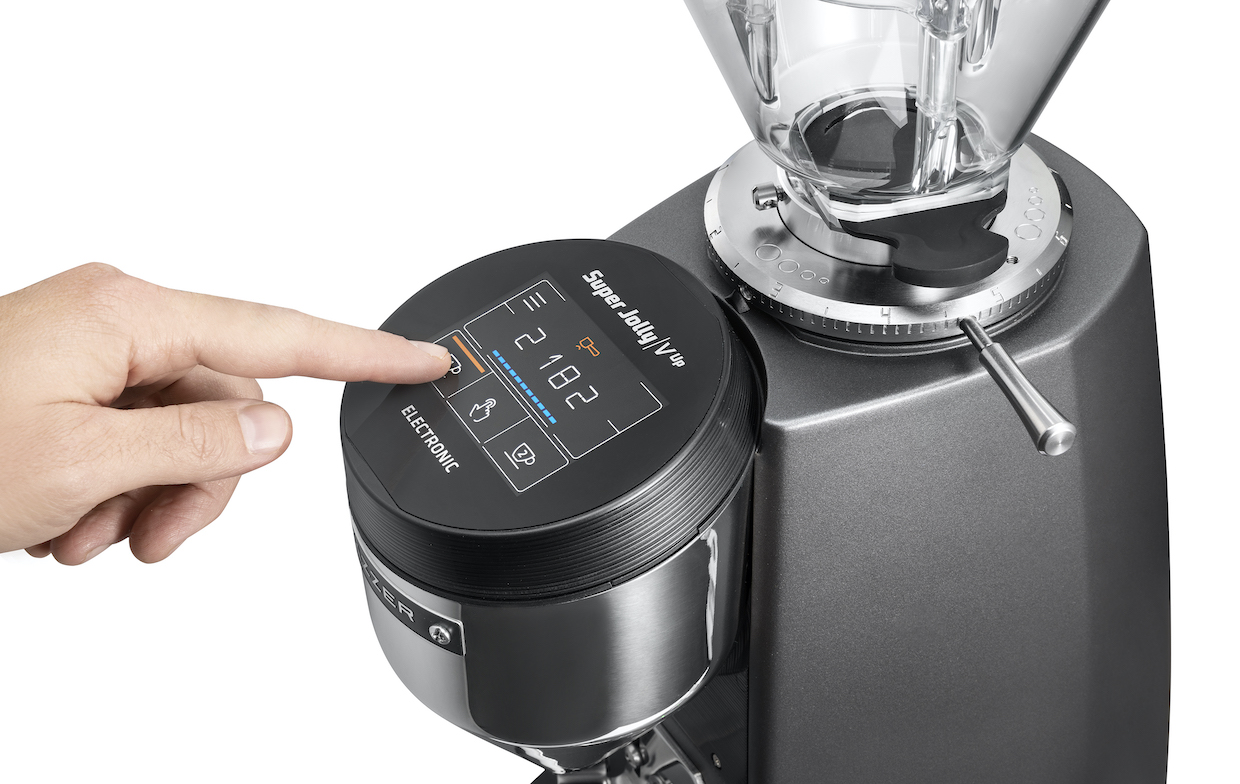 The new Super Jolly V Up is a streamlined sibling to the V Pro that is mechanically similar in terms of portafilter-activated grinding, an adjustable height portafilter holder, static and clump mitigation and other hardware features.

Its primary departure is a less complex, touch-sensitive digital interface that skips the wifi in favor of simplicity.

Adding to Mazzer’s lineup of non-grinding equipment is the new T-Tamper, an automatic tamping device that applies anywhere between 10 to 35 kilograms of force to the bed of ground coffee in the portafilter.

“It can press the coffee with an unmatched consistency in weight for millions of cycles,” Marcato told DCN. “The precision on the weight execution is granted by a load cell that feeds back the true force applied on the filter during the pressing.” 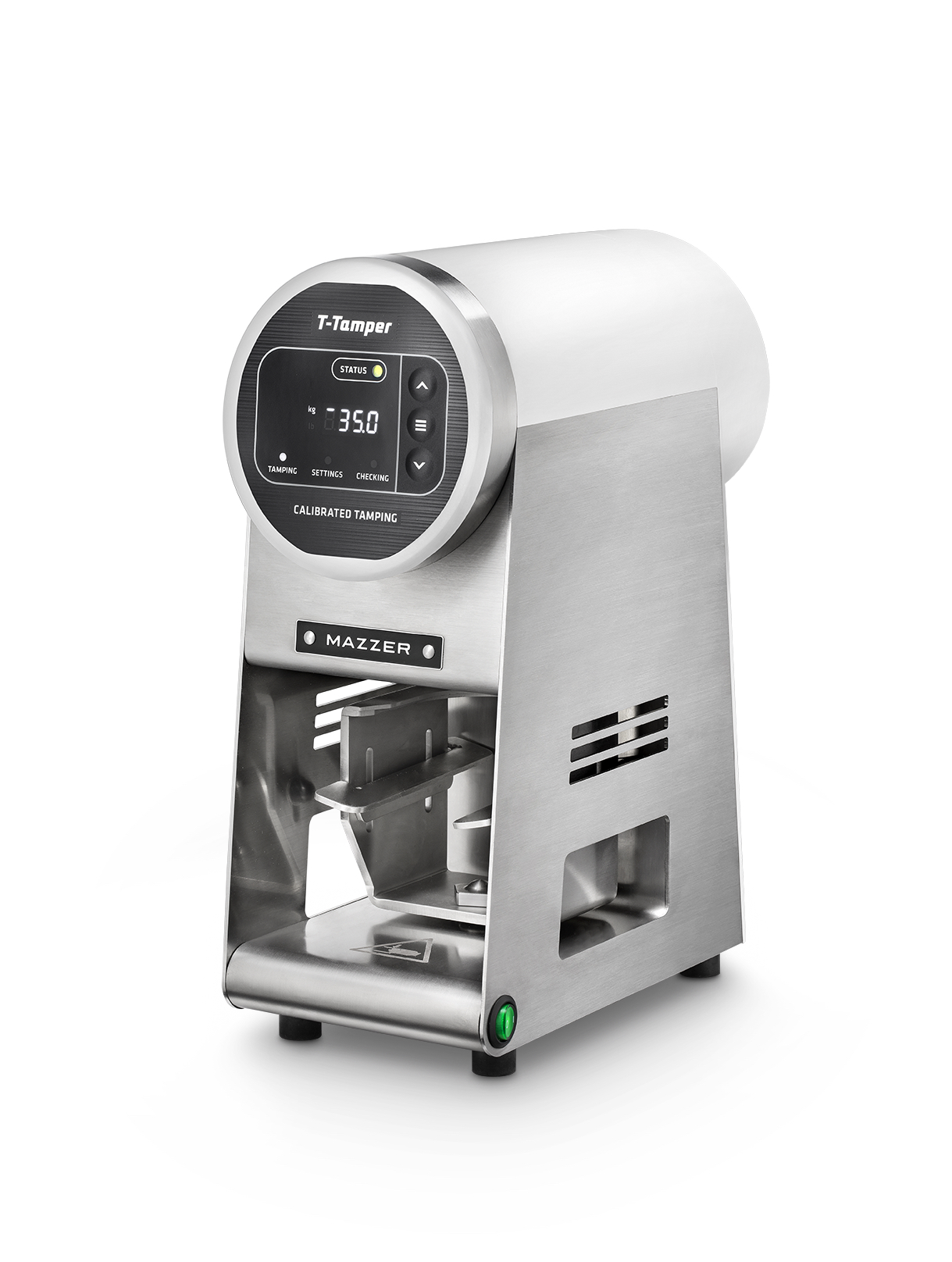 Prior to the T-Tamper, Mazzer’s sole tamper offering has been a manual-lever-operated Easy Tamper, which was designed for mounting to a grinder’s dosing chamber, or to stand alone on an optional base.

Two performance options for the new T-Tamper include “fast” and “precise,” and the tamper’s head also rotates while pressing down for distribution as well as for self-cleaning its own surface.

“In the last four years, Mazzer has redesigned the product range, focusing on efficiency, design appearance, consistency and ease of use,” said Marcato. “We will proceed further in this direction. Electronic features and IoT will play an important role to help baristas in their daily work.”

All three products were presented in public for the first time last month at the HostMilano trade show in Italy, and all three will enter production in the Spring of 2022.